25 Stadiums of the Past

Love history? There were some glorious old stadiums that have been replaced. Here's our list of the top in the MLB, NFL, and NCAAF!

Stadiums like Wrigley Field and Fenway Park are on the must-see list of every sports fan out there. The history and aura of these stadiums are unparalleled, however, for every stadium that has stood the test of time two stadiums have bit the dust and no longer are with us. These are the venues that sports fans wish they could’ve attendance at least once in their lifetime, but never got the chance.

Here’s our list of the top 25 college football, National Football League, and Major League Baseball stadiums of the past we wish we could’ve gotten to visit.

The Baseball Palace of the World, as it’s also known, served as the home of the Chicago White Sox from 1910 to 1990. During its 81 years of operation, generations of fans flocked to 35th and Shields where they took in events such as the first ever MLB All-Star Game in 1933 and 1959 World Series. The most infamous event in Comiskey Park history took place on July 12, 1969, during what is now known as Disco Demolition Night when a riot caused the second half a doubleheader between the White Sox and Tigers to be canceled. 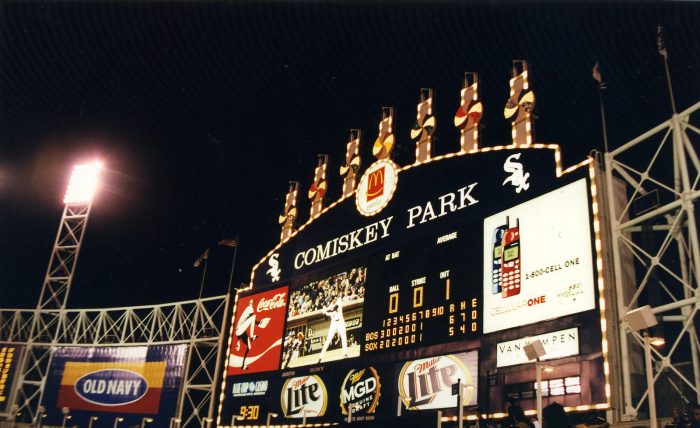 The venerable stadium that once occupied the corner of Michigan and Trumbull was home to Ty Cobb, Hank Greenberg, baseball’s last 30 game winner, and the Bless You Boys. Tiger Stadium was the home of the Tigers from 1912 to 1999 and holds a special place in many Tigers fans and baseball fans hearts.

The House That Ruth Built was located in the Bronx across the street from the current Yankee Stadium from 1923 to 2008. The stadium was arguably the most historic in all of baseball having been the home of 26 World Series winning Yankees teams and the site of Lou Gehrig’s “Luckiest Man on the Face of the Earth” speech. 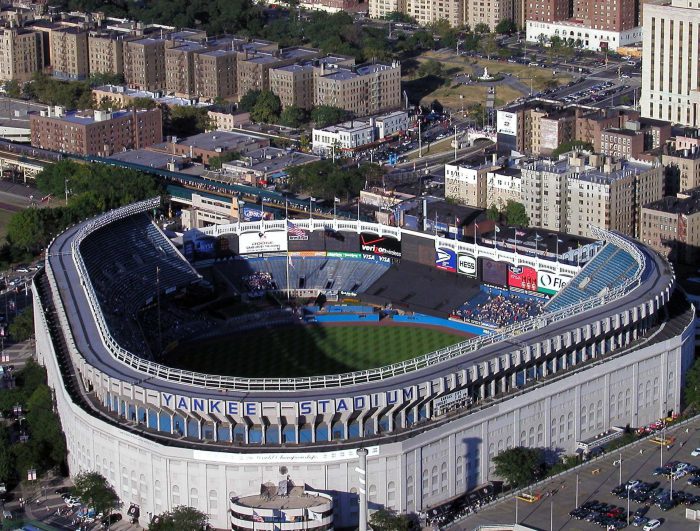 The Golden Gophers football team played 58 seasons at the “Brick House” from 1924 to 1981. During this period the Gophers won six National Championships, including three straight from 1934 to 1936. Today the original entrance to the stadium can be found inside the McNamara Alumni Center. 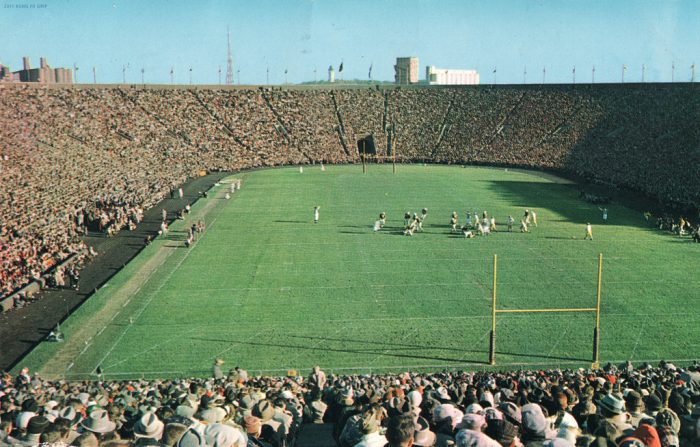 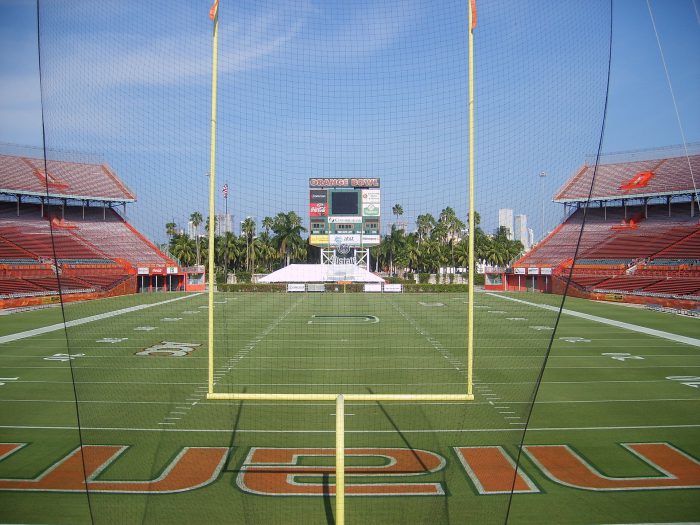 Willie Mays famous over the shoulder catch took place at the Polo Grounds during Game 1 of the 1954 World Series. In addition to Mays catch the Polo Grounds was also home to the Giants football and baseball teams until the mid-1950s and was the Yankees home prior to their move to Yankee Stadium in 1923. 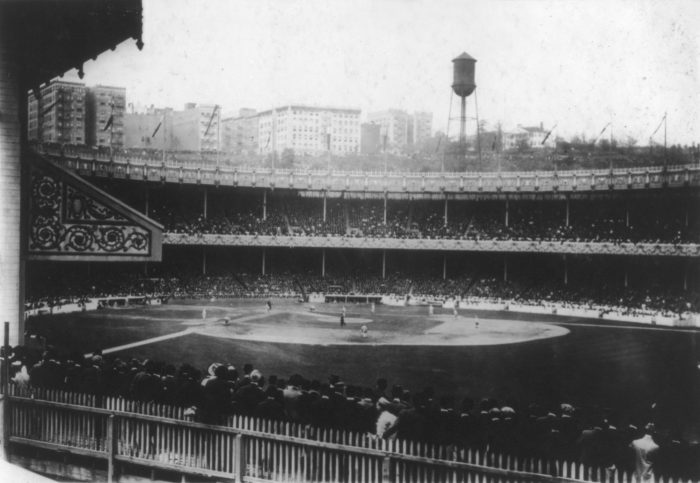 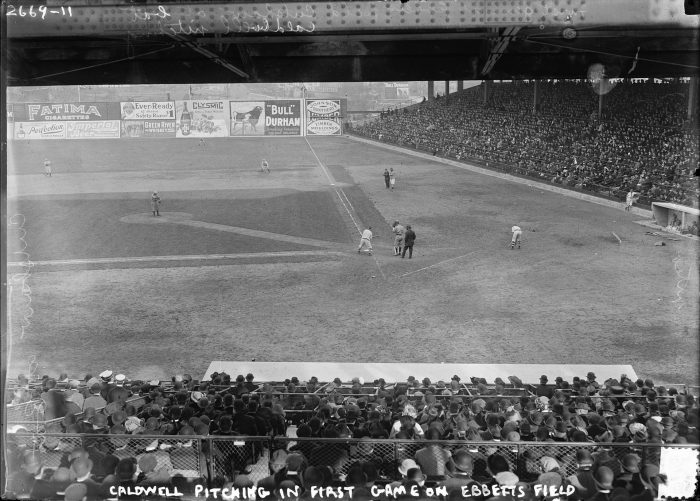 Robertson Stadium served as the home of the Houston Cougars, Houston Oilers, and Houston Dynamo during it 71 years of operation. The stadium hosted the first ever American Football League Championship Game in 1961 and was also the site of the first double-overtime game in the history of pro-football in 1962. 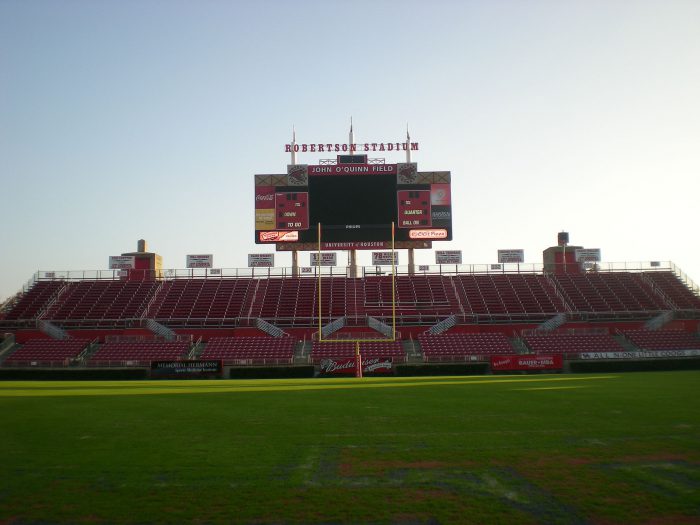 Prior to their move to Three Rivers Stadium and eventually Heinz Field, the Pitt Panthers called Pitt Stadium home. The Panthers won six National Championships while playing at Pitt Stadium and the stadium is where Hall of Fame quarterback Dan Marino played his college ball. 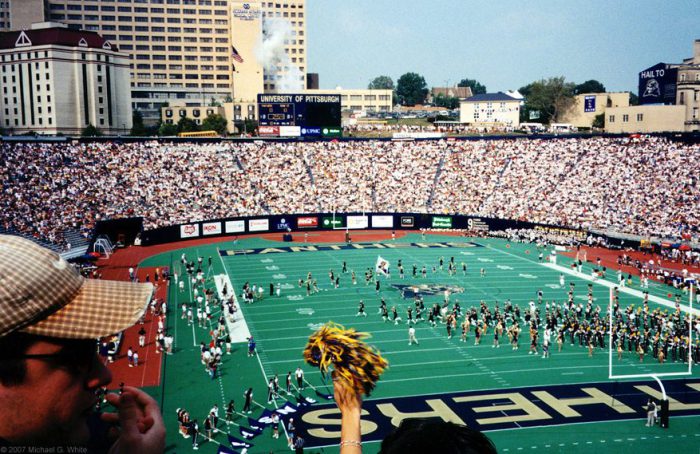 Metropolitan Stadium in Bloomington, Minnesota served as the home of the Minnesota Vikings and Minnesota Twins from 1961 to 1981 when the two teams moved into the Metrodome. The stadium hosted one World Series, two NFC Championship Games, and one NFL Championship Game. Today, the Mall of America sits on the site that the stadium once stood and inside the mall, you can find several tributes to The Met, including the red chair overlooking the Flume Ride at the amusement park. 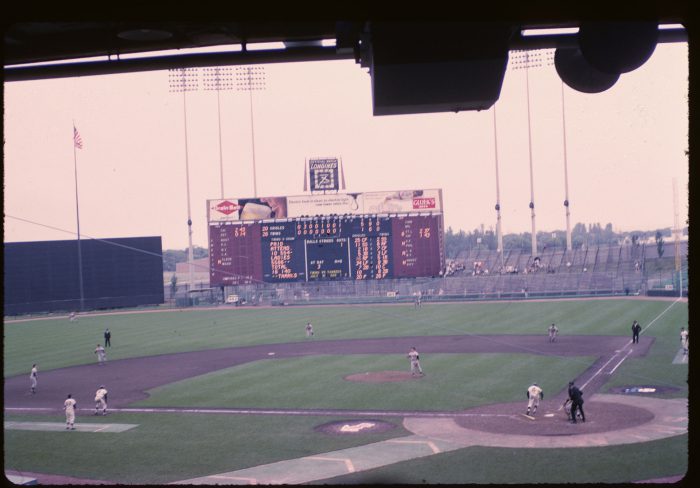 Cincinnati’s Crosley Field served as the Reds home from 1912 to 1970. The stadium is known for being the first Major League park to host night games and was also one of the smallest venues in the Major League history. 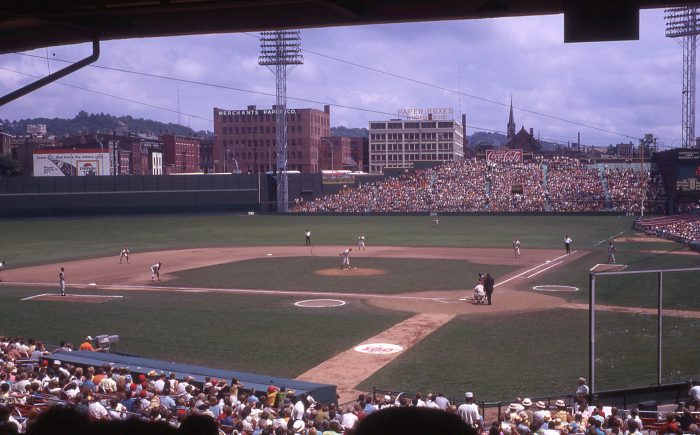 Sportsman’s Park was the home of both St. Louis ball clubs from 1920 to 1953. In 1954, the Browns moved to Baltimore, and the Cardinals became the park’s only tenants. The stadium also holds the distinction of hosting all four games of the 1944 World Series, making it the last stadium to host a World Series in its entirety. 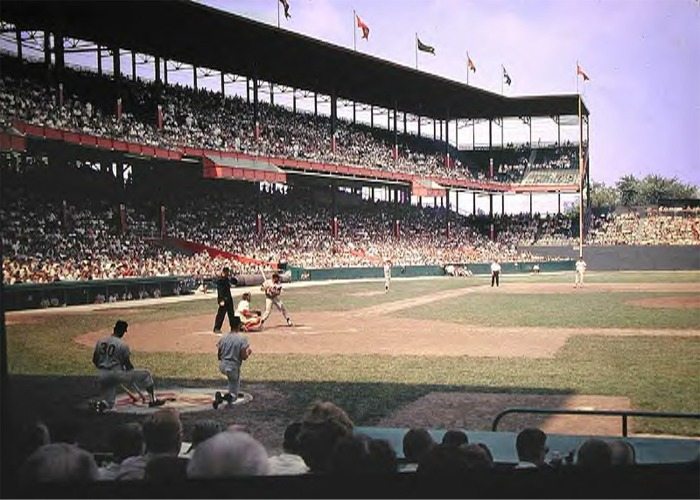 The Cowboys called Texas Stadium home from 1971 to 2008. During this period, the Cowboys won five Super Bowls and became arguably the most famous team in American football. Texas Stadium is known for the hole in the roof of the, which was created as a result of the stadium’s intention of being the first to feature a retractable roof. 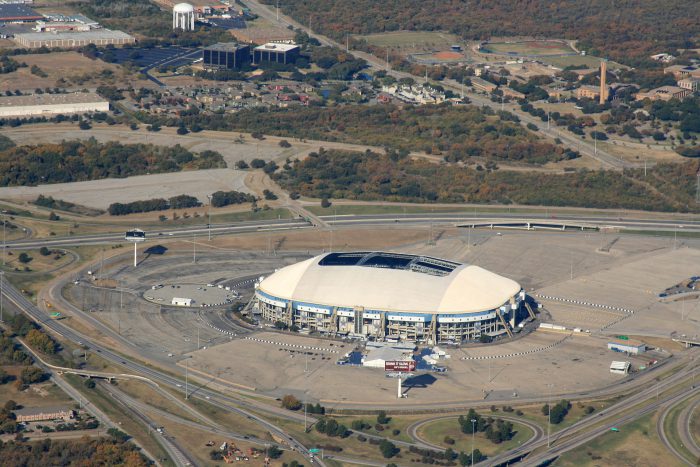 The Meadowlands’ Giants Stadium holds the honor of hosting the most games in NFL history thanks to it being home to both the Giants and Jets. The stadium opened as the home of the Giants in 1976, and the Jets moved in in 1984. Outside of NFL games, Giants Stadium hosted the games in the FIFA 1994 World Cup and numerous college football games. 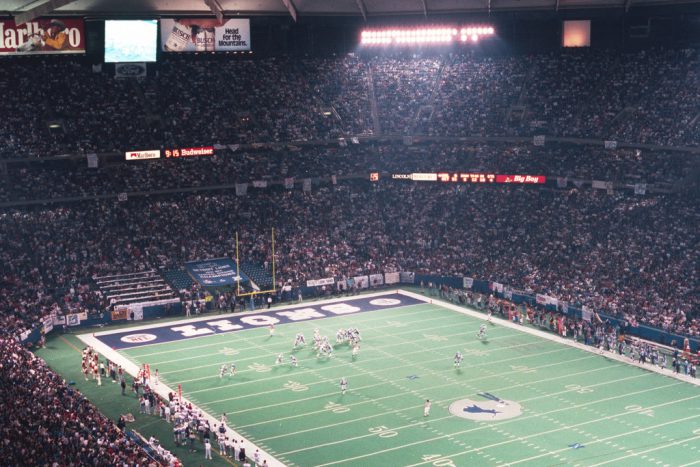 The Indians and Browns called Cleveland Municipal Stadium home, which caused it to have the largest capacity of any baseball stadium for much of its tenure as the Indians home. The stadium hosted two World Series and is most famous for being the site of The Drive during the 1986 AFC Championship Game. 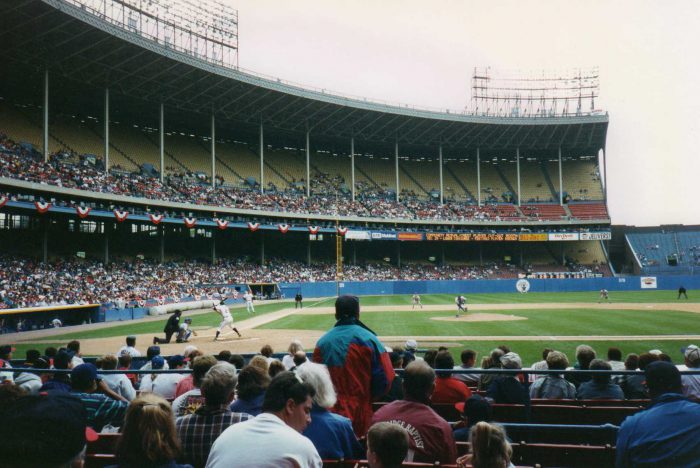 Denver’s Mile High Stadium served as the Broncos home from 1960 to 2000 and was the temporary home of the Colorado Rockies from 1993 to 1994. During its tenure as the Rockies home, the stadium set numerous attendance records. 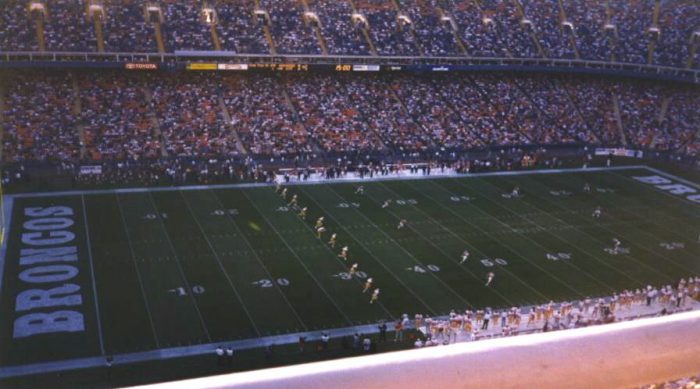 Dubbed the “Eighth Wonder of the World,” the Astrodome was the home of the Houston Oilers and Astros. The Astrodome was the world’s first domed stadium and the first stadium to feature artificial turf. Interestingly, despite being an indoor facility the Astrodome suffered a rainout on June 15, 1976, when flooding prevented fans from getting to the game. 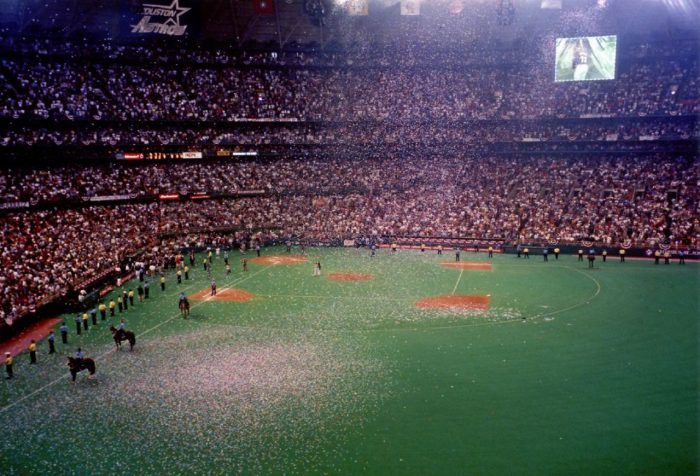 Boston’s Braves Field was the home of the Boston Braves from 1915 until their move to Milwaukee in 1953. Following the Braves’ move, most of the stadium was demolished. However, some of the stadia still stands as part of Boston University’s Nickerson Field. 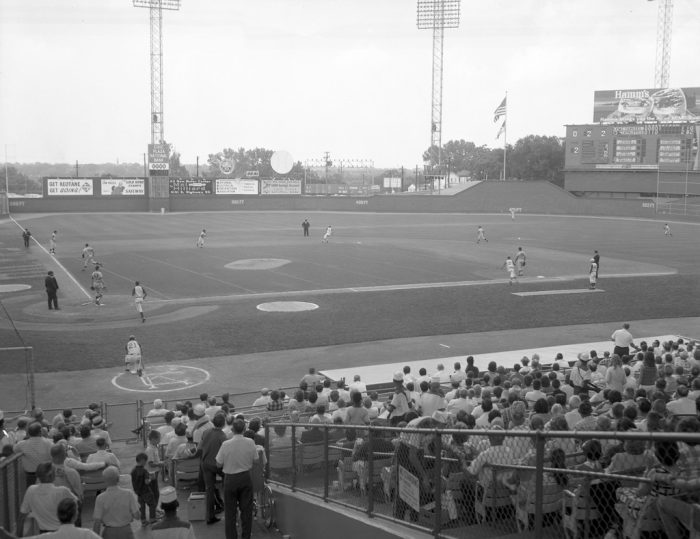 Shibe Park was the first steel-concrete stadium and was the home of the Philadelphia A’s, Phillies, and Eagles. The park featured a signature French Renaissance inspired tower and cupola and hosted eight World Series and two All-Star games. 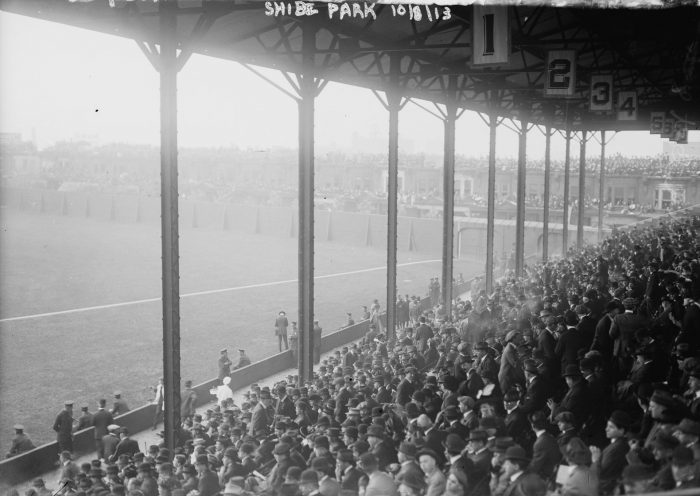 County Stadium opened in 1953 to serve as the home of the Milwaukee Braves and eventually served as the Brewers home from 1970 to 2000. The stadium also hosted several Chicago White Sox games during the 1968 and 1969 seasons and was the home of two Packers home games from 1953 to 1994. 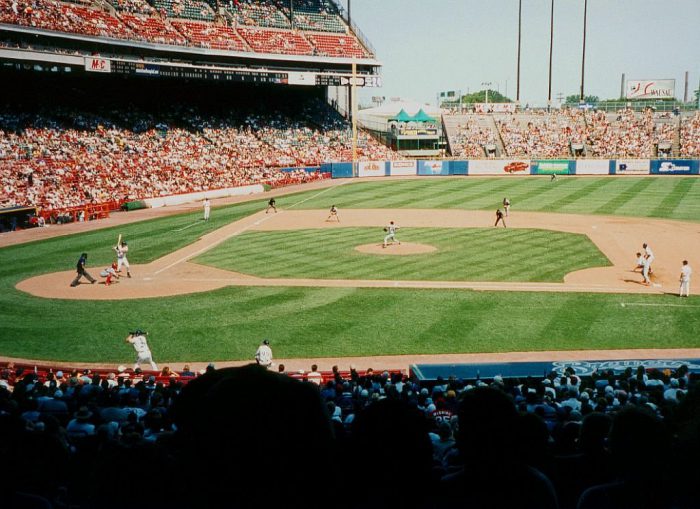 Pittsburgh’s Forbes Field was situated in the city’s Oakland neighborhood and was the home of the Pirates from 1909 to 1970 and the Steelers from 1933 to 1963. The stadium is famous for being the site of Bill Mazeroski’s World Series-winning home run in Game 7 of the 1960 World Series. Today, you can still find several remnants of the park when visiting Pittsburgh. 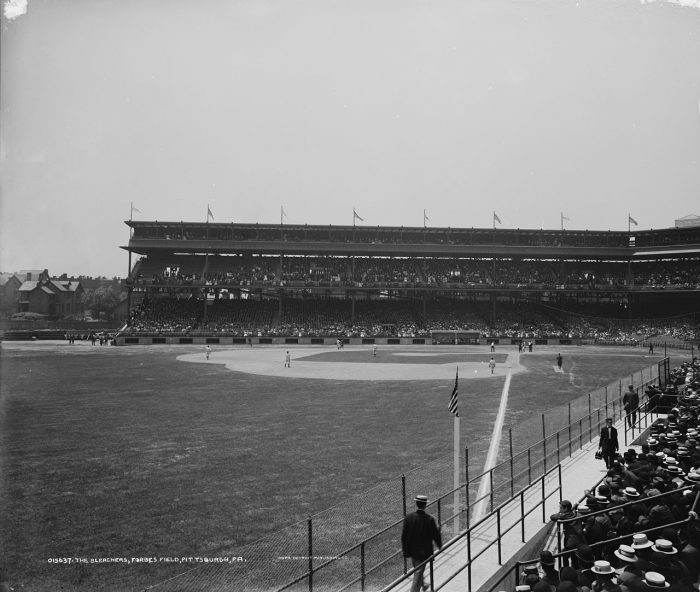 Candlestick Park hosted the Giants and 49ers and was home to many memorable moments including “The Catch” by Dwight Clark in the 1981 NFC Championship Game. The stadium is also notable for the Loma Prieta Earthquake, which hit just three minutes before Game 3 of the 1989 World Series at Candlestick Park. 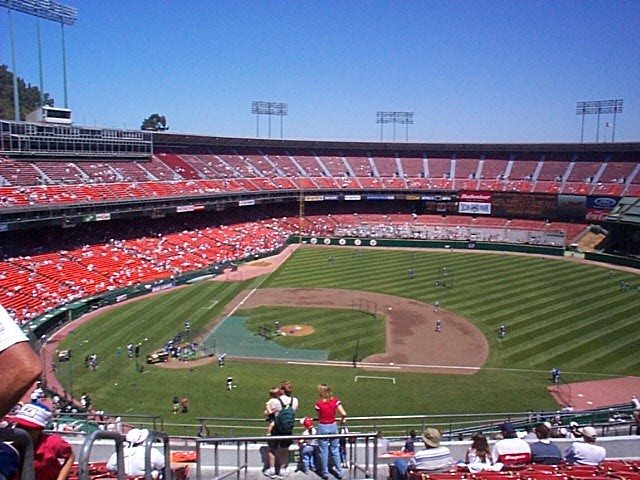 Griffith Stadium was home to both iterations of the Washington Senators as well as the Negro Leagues Homestead Grays. The park hosted two All-Star Games and three World Series, including the Senators only World Series victory in 1924. 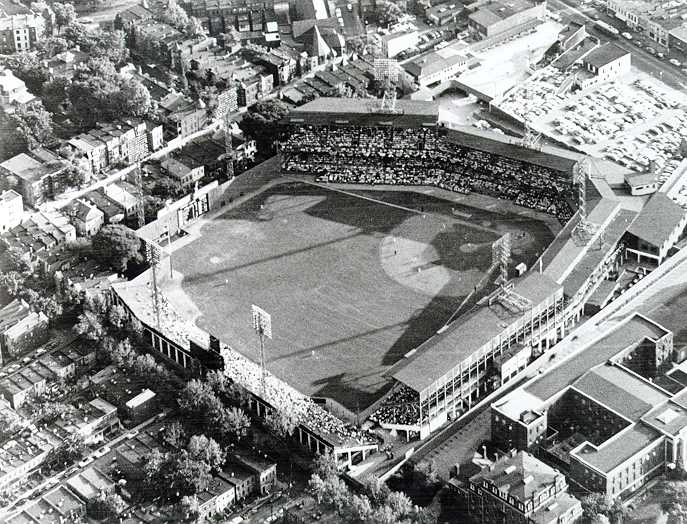 Baltimore’s Memorial Stadium served as the home of the Oriole and both Baltimore NFL teams, the Colts from 1953 to 1983 and Ravens from 1996 to 1997. The stadium hosted six World Series, the 1959 NFL Championship Game, and the 1958 MLB All-Star Game. 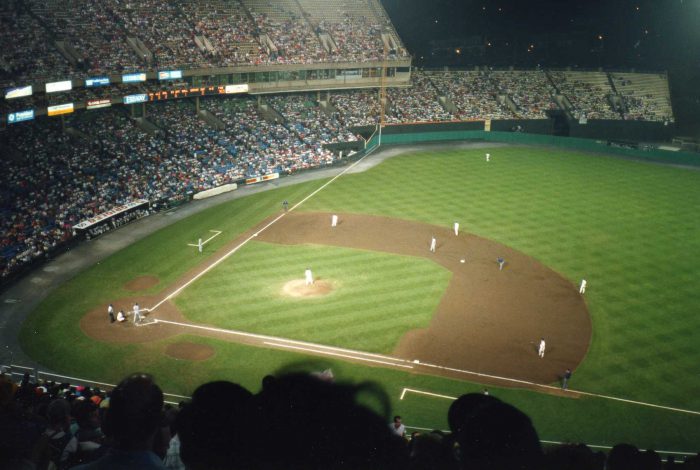