The Corps of Cadets marks any Aggie scores during football games by firing The Spirit of ’02, a 3-inch M1902 field gun issued to Field Artillery Units of the Reserve Officers’ Training Corps between the World Wars, the gun was believed to be one of several that were hidden by Corps members to prevent them from being scrapped during WWII. The Spirit of ’02 was found buried in a ditch by students cutting wood for the annual Aggie Bonfire in the fall of 1974. 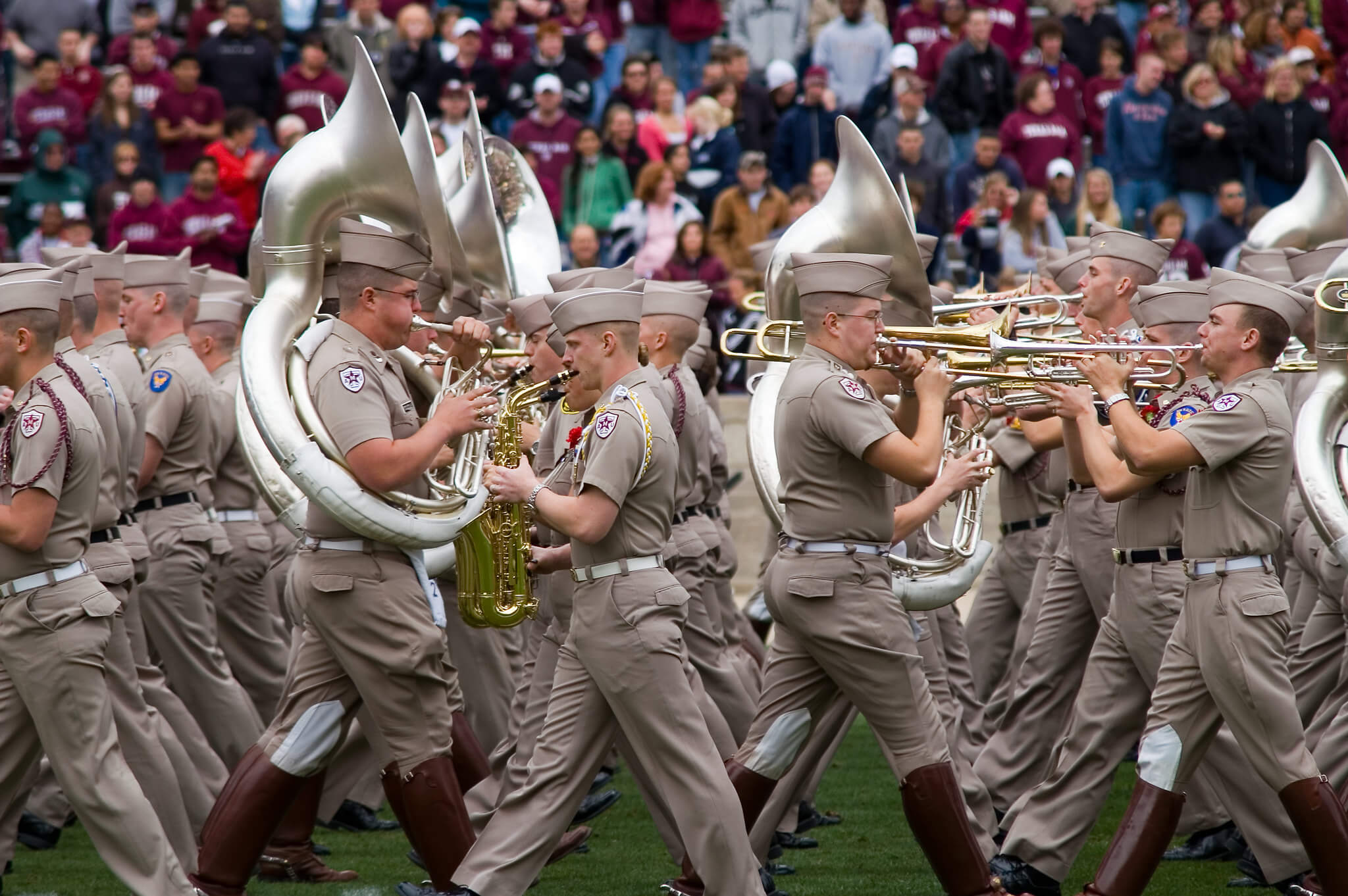 The USC Trojan Marching Band is arguably one of the most popular bands in this list as it has made appearances in a number of iconic events such as the Academy Award, Forrest Gump Movie, and the like. During USC’s game days, the Trojan Marching Band is an absolute spectacle to witness as they display amazing choreography and music.  One of the unique traits of the band is its conductor where it doesn’t use a baton, but a sword. 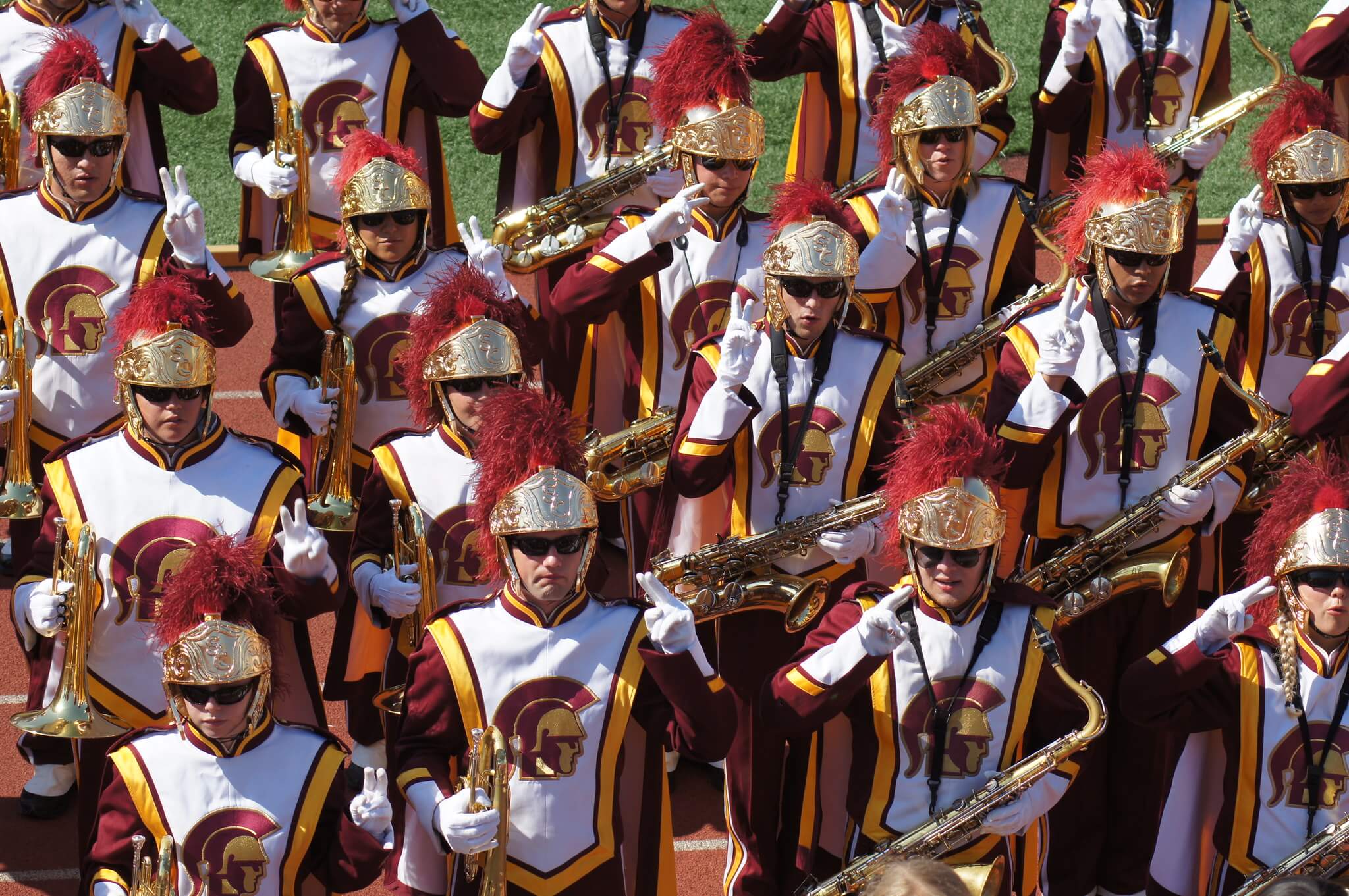 The Pride of the Buckeyes Band is just as important as the football team itself. Fans from the school (and admittedly of other schools) would always want to watch the halftime shows of this band as they show amazing yet intricate choreography. You’ll call yourself lucky if you get to experience their show. 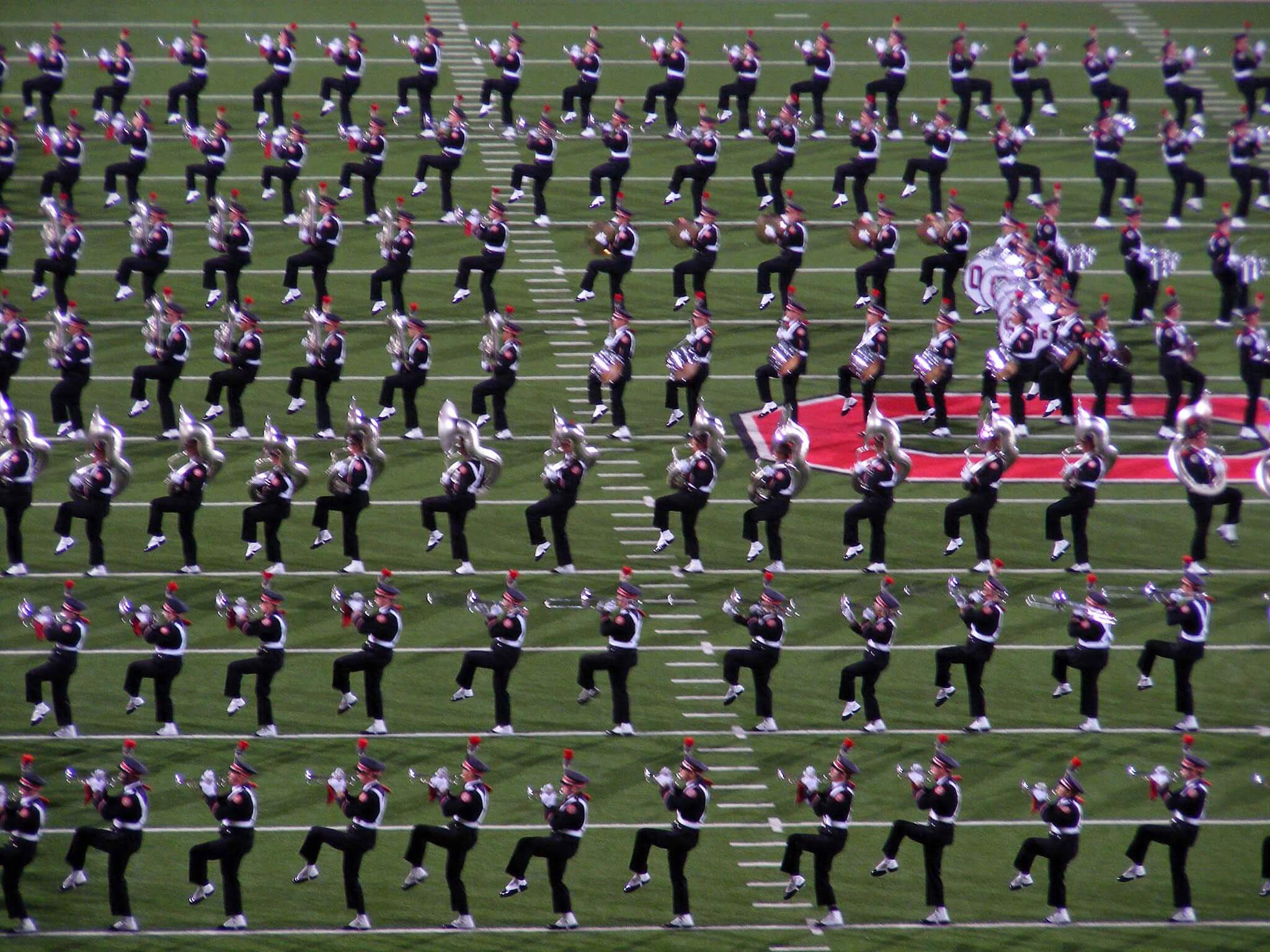 4. University of Tennessee Pride of the Southland Band

The Pride of the Southland Marching Band has been performing at halftime of Vols games for over 110 years. The band plays a variety of songs including fan-favorite “Rocky Top” as well as Tennessee’s fight song “Down the Field.” The band shows at Vols games are a great tradition that make game days something special. 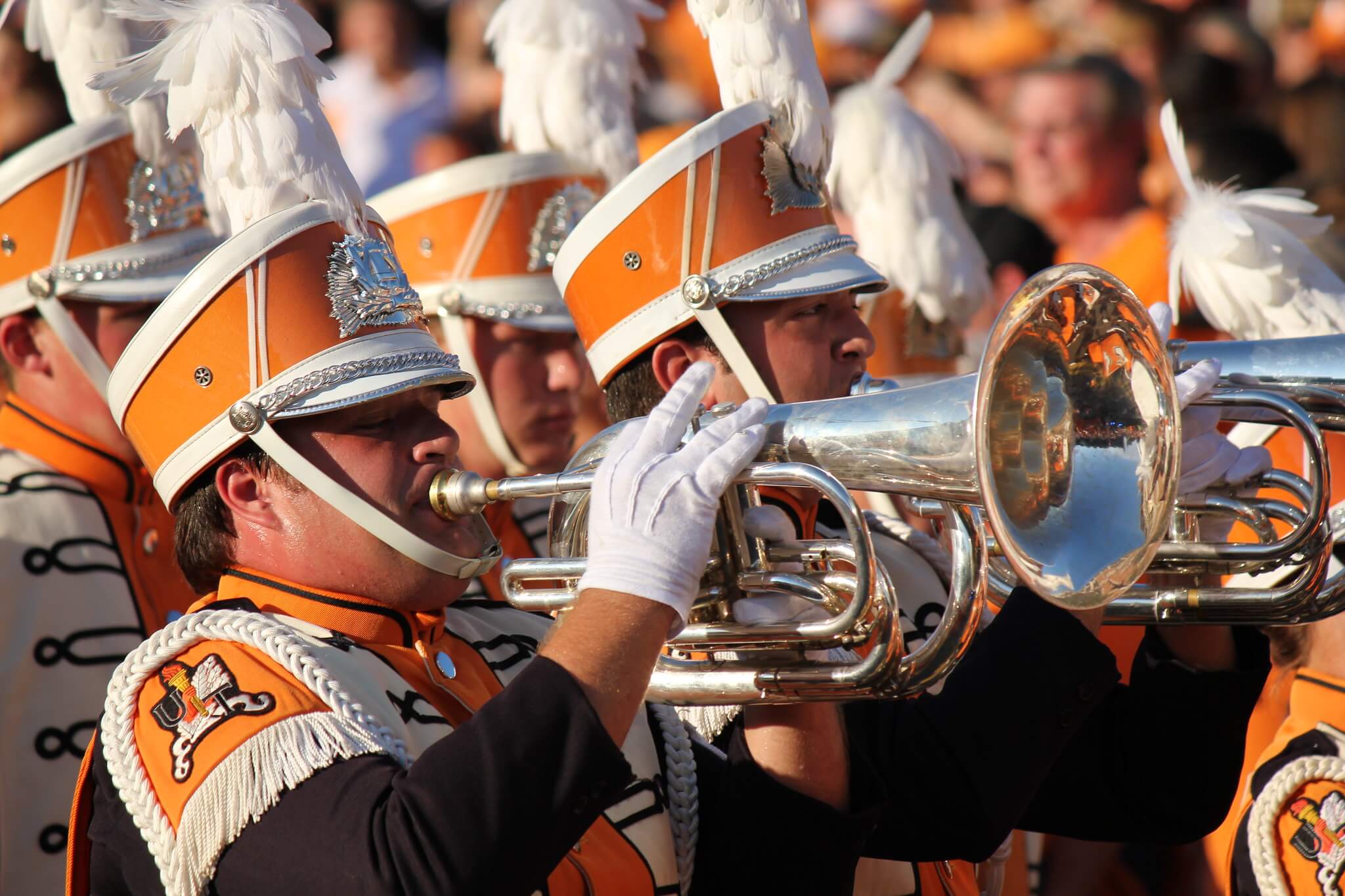 Nicknamed the Showband of the Southwest, the UT marching band is one of the most recognizable in college football and they do an amazing job of keeping the energy and spirit level high in DKR Stadium. Script Texas is one of their signature performances, so stay in your seat at halftime to witness this wonderful display.’ 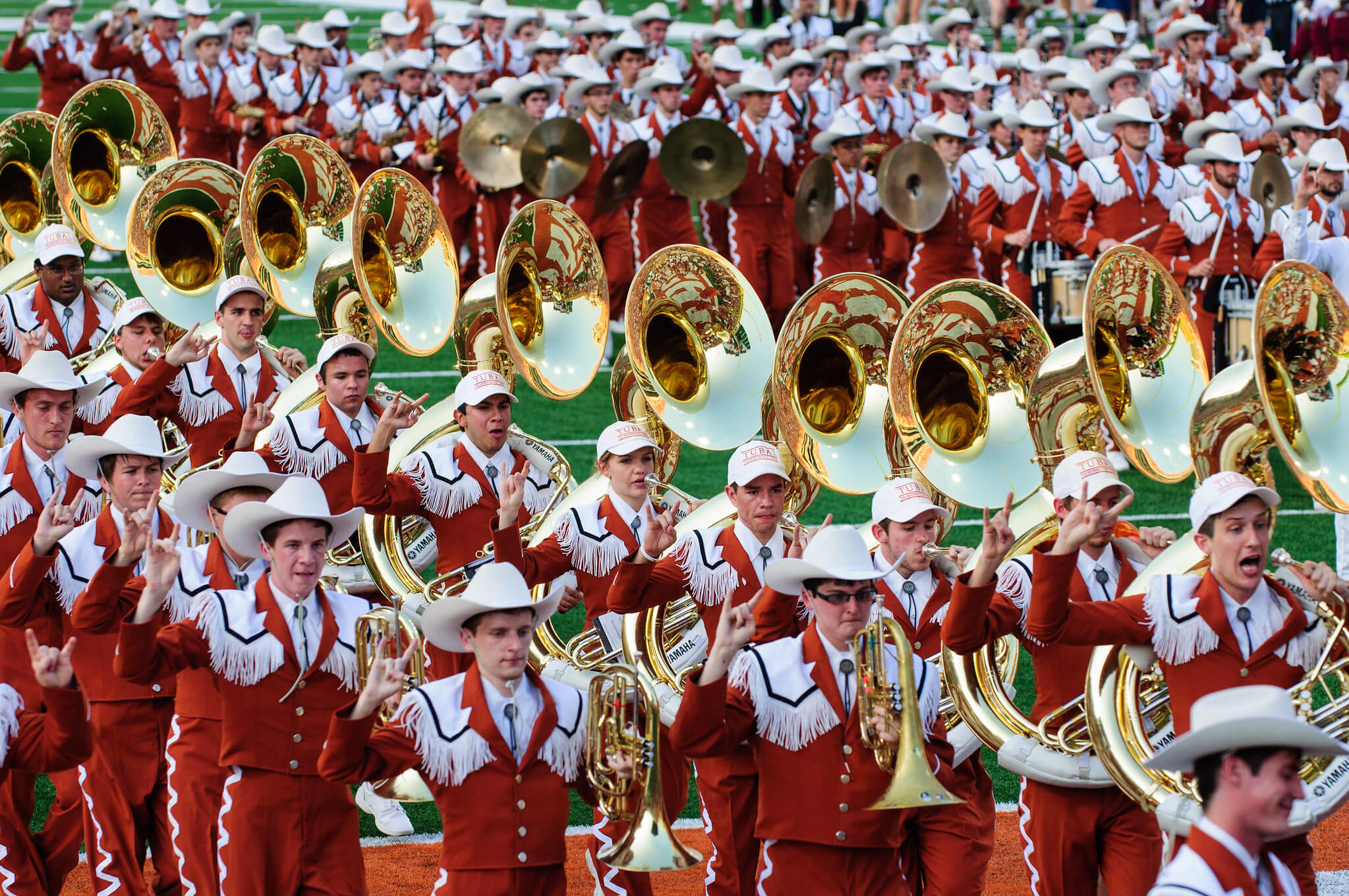 The Purdue University marching band has over 370 members and one very special equipment, the Big Bass Drum, who plays a monumental role every single time the band performs. The Purdue band was actually the first band to break line ranks, to form a letter on the field known as the “Block P”. 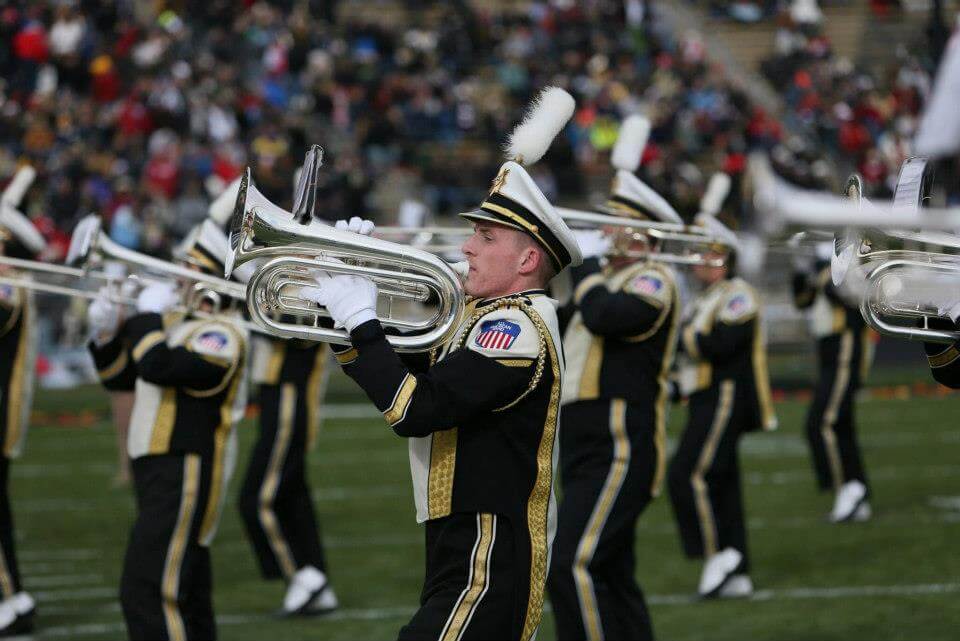 The Marching 110 are a key feature of every Ohio game day that you won’t want to miss. The band starts early in the morning at the tailgate leading the fans to the stadium and continues pound on the drums and blast the horns throughout the game. The band plays loud and proud for every Bobcat first down and before opponents’ third downs, as the fans rise to intimidate the opposing offense. 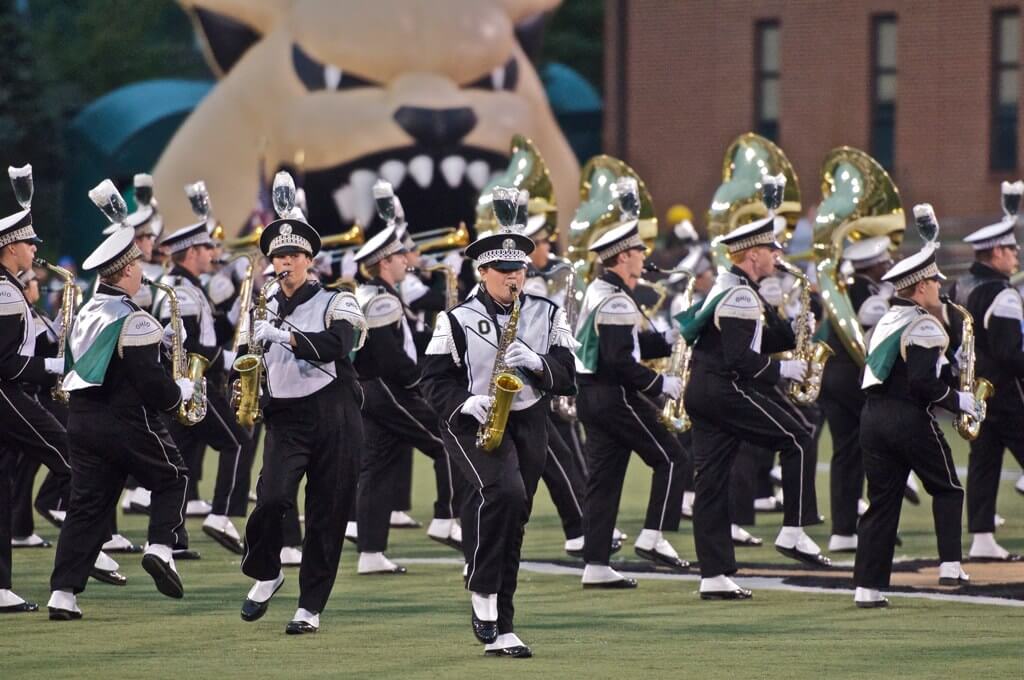 Emerging from a tunnel, the Michigan Marching Band gets onto the field, forms the letter “M,” then marches as the “Hail to the Victors” play. It’s truly one of the most iconic sights to see every home game of the Michigan Wolverines. It’s an added bonus to hear the hundreds and thousands of fans sing and jump along. 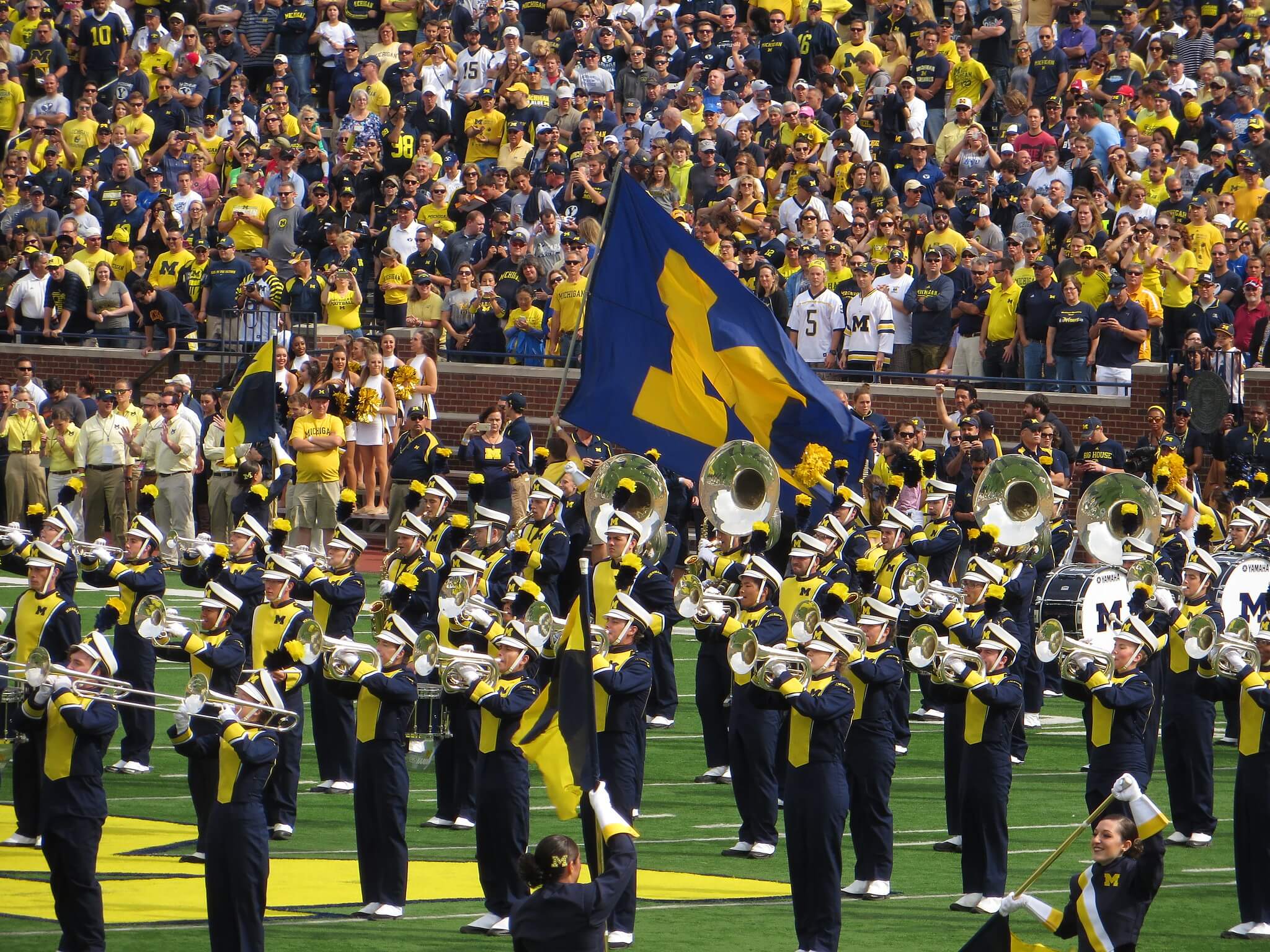 The Marching 100 is Florida A&M’s 400+ member band and is one of the best bands in the country. They put on an incredible performance at games and are a can’t miss part of any FAMU sporting event, so make sure to enjoy the Marching 100 when taking in a Rattlers game. 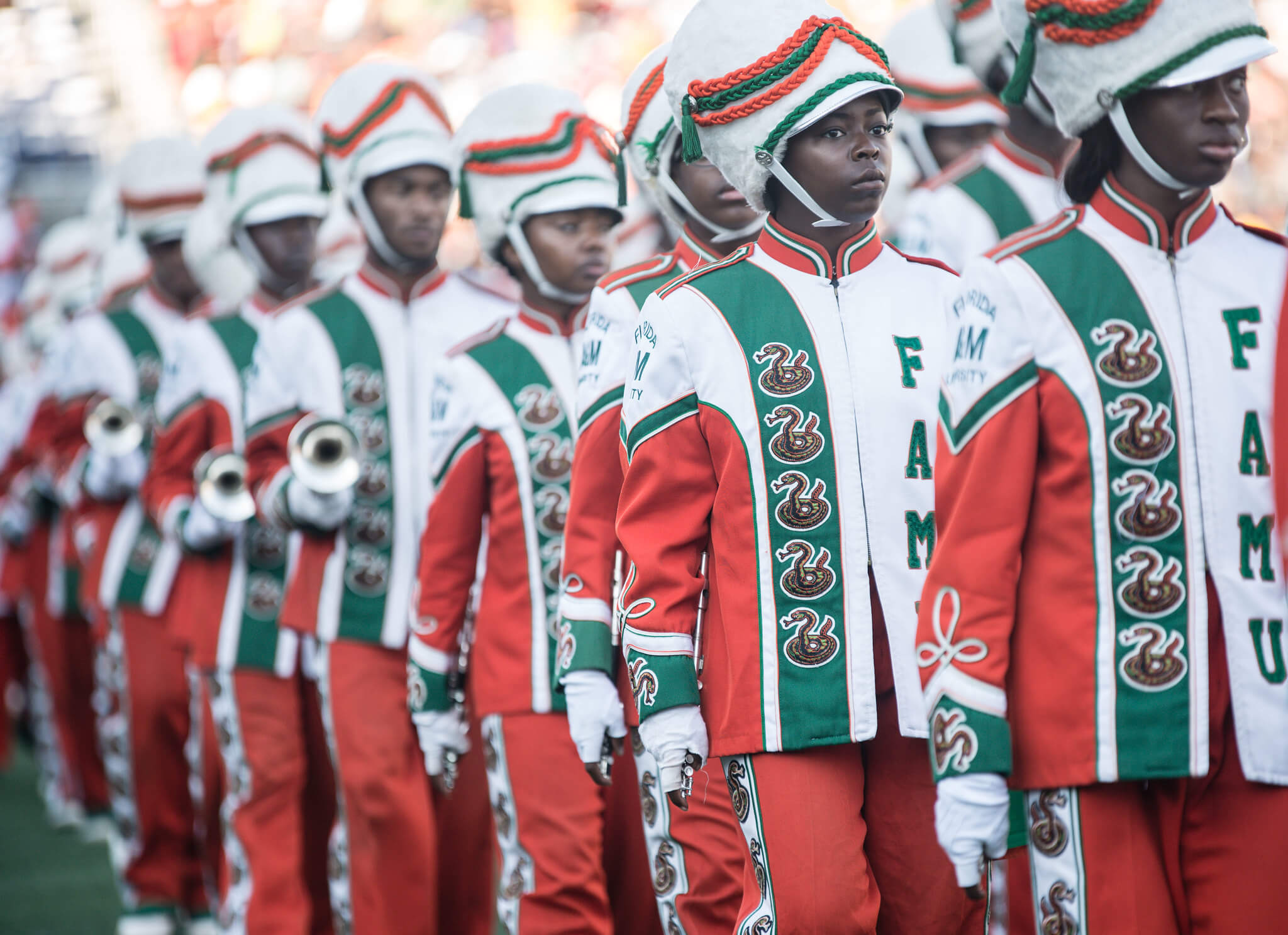 The Penn State’s Marching Blue Band always puts on a spectacular show every time there’s a home game. In addition to that, the fans actually pump up the atmosphere even more that the whole stadium just rocks away. 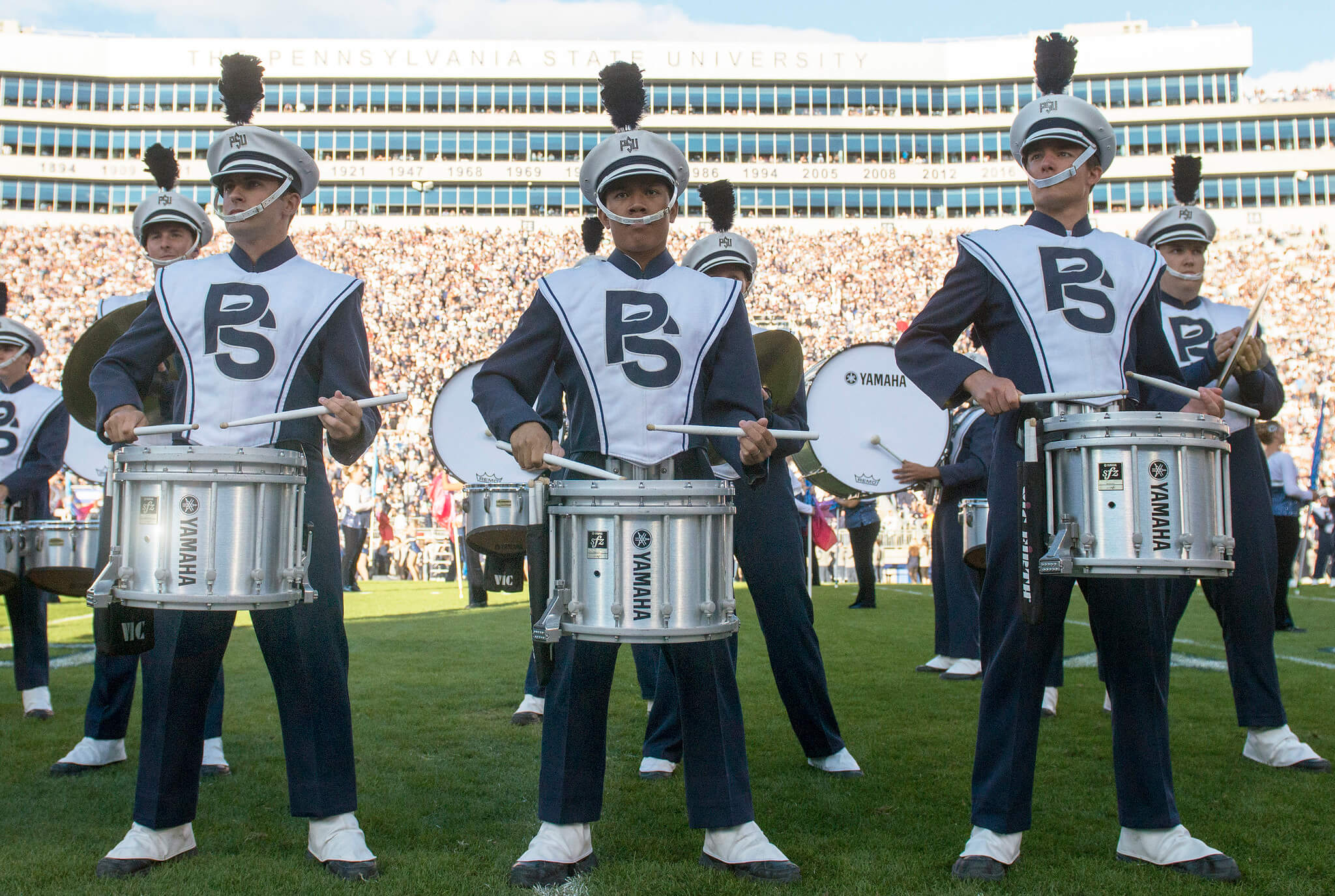 11. The Pride of Oklahoma Marching Band

With great school pride comes to a great marching band. One of the only school marching bands to appear in both the Rose Bowl Parade and Macy’s Thanksgiving Day Parade the Pride of Oklahoma is one of the best bands in the country. Make sure to stay in your seat at halftime as you wouldn’t want to miss their fantastic halftime performance. 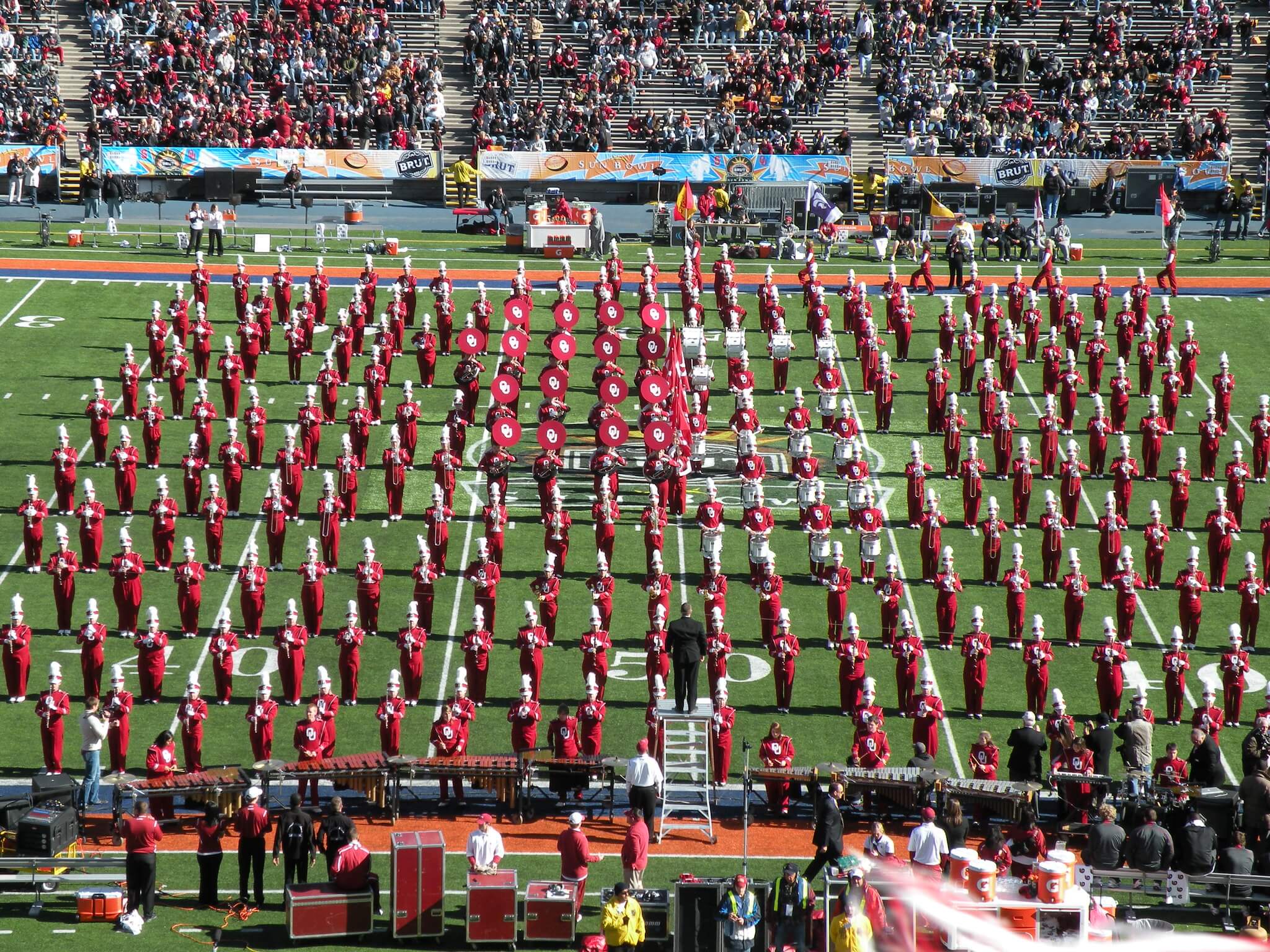 The Notre Dame Fighting Irish Band has over 400 members. And with such a great number comes with a great show to put on every game. The intricacy of the choreography paired with loud resounding music is one of a kind experience that every sports fan should experience. 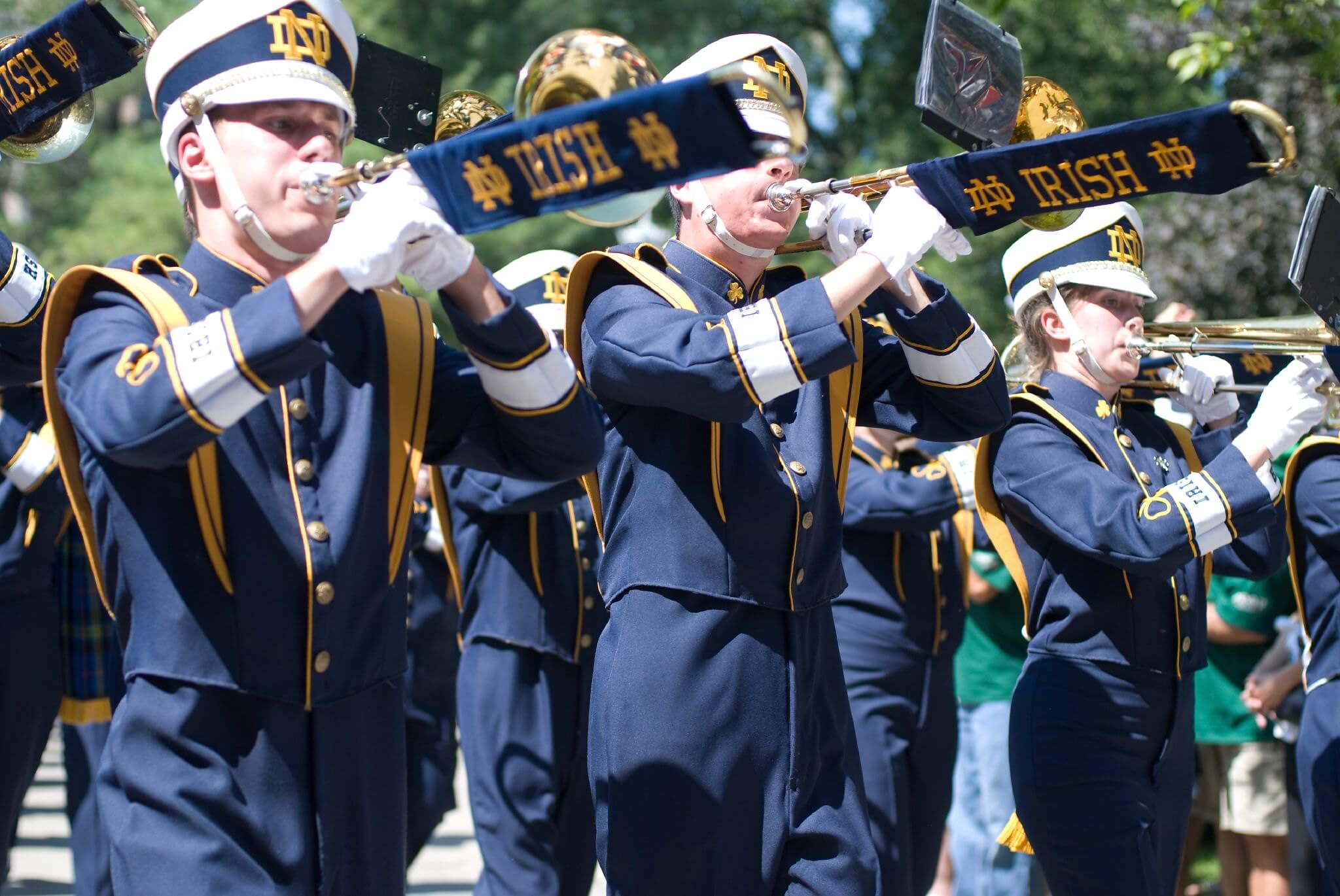 13. The Sonic Boom of the South - Jackson State University 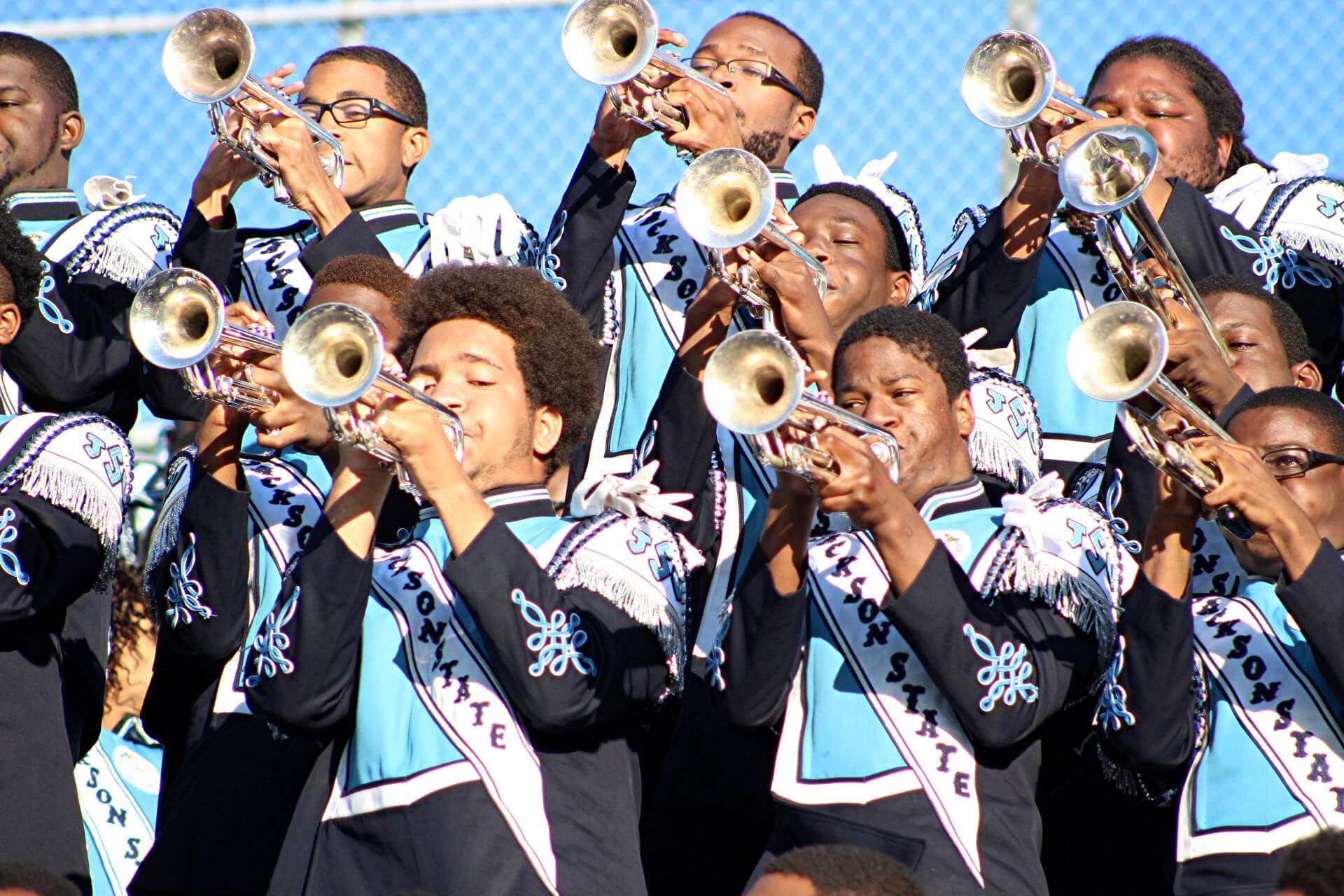 14. The Human Jukebox - Southern University and A & M College

The Human Jukebox is worth the trip to Ace W. Mumford Stadium all by themselves, so make sure to enjoy the pregame, halftime, and postgame shows. The band is a huge part of every Southern game and has performed at six Super Bowls making them a can’t miss part of any Jaguars game. 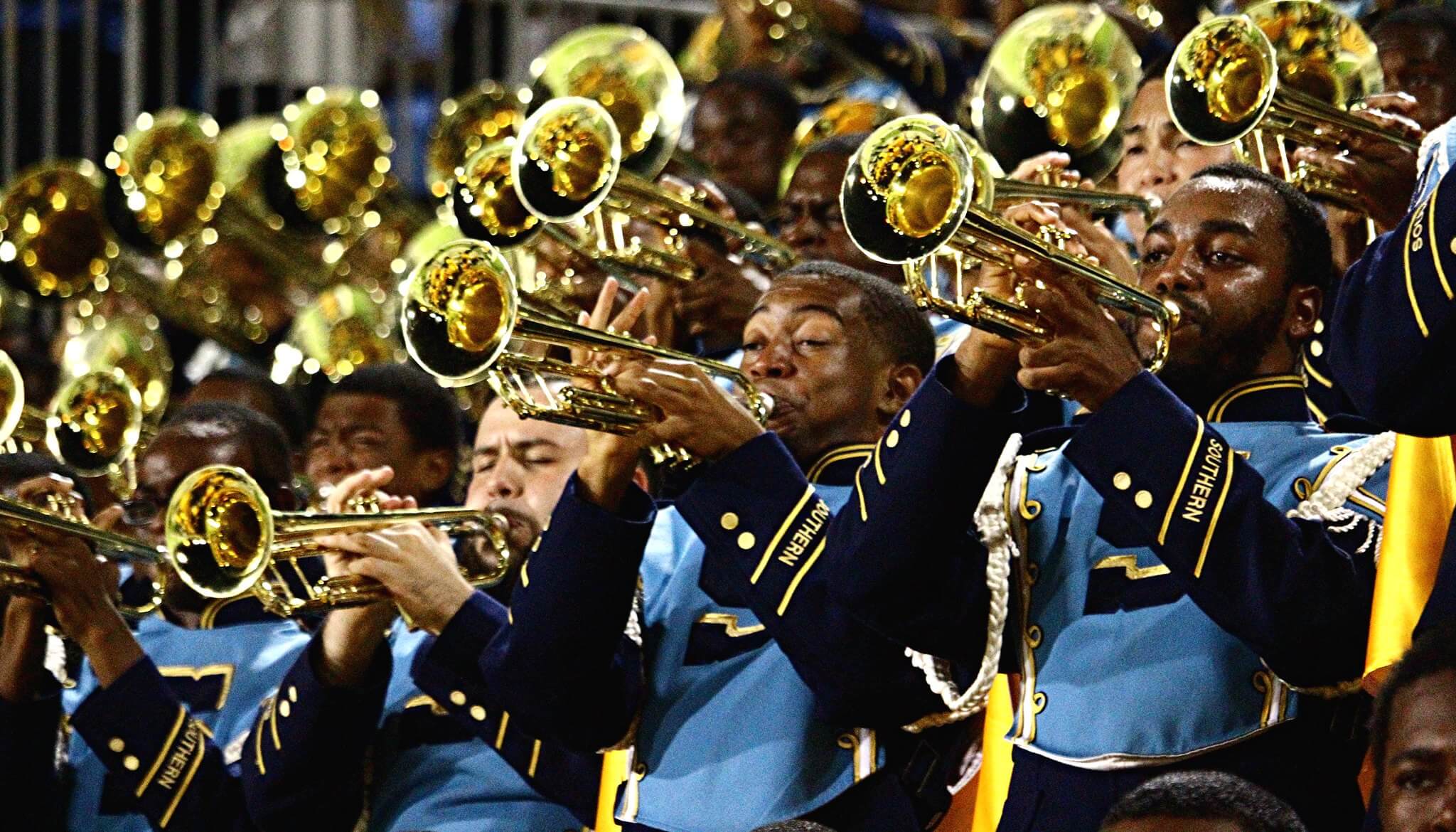 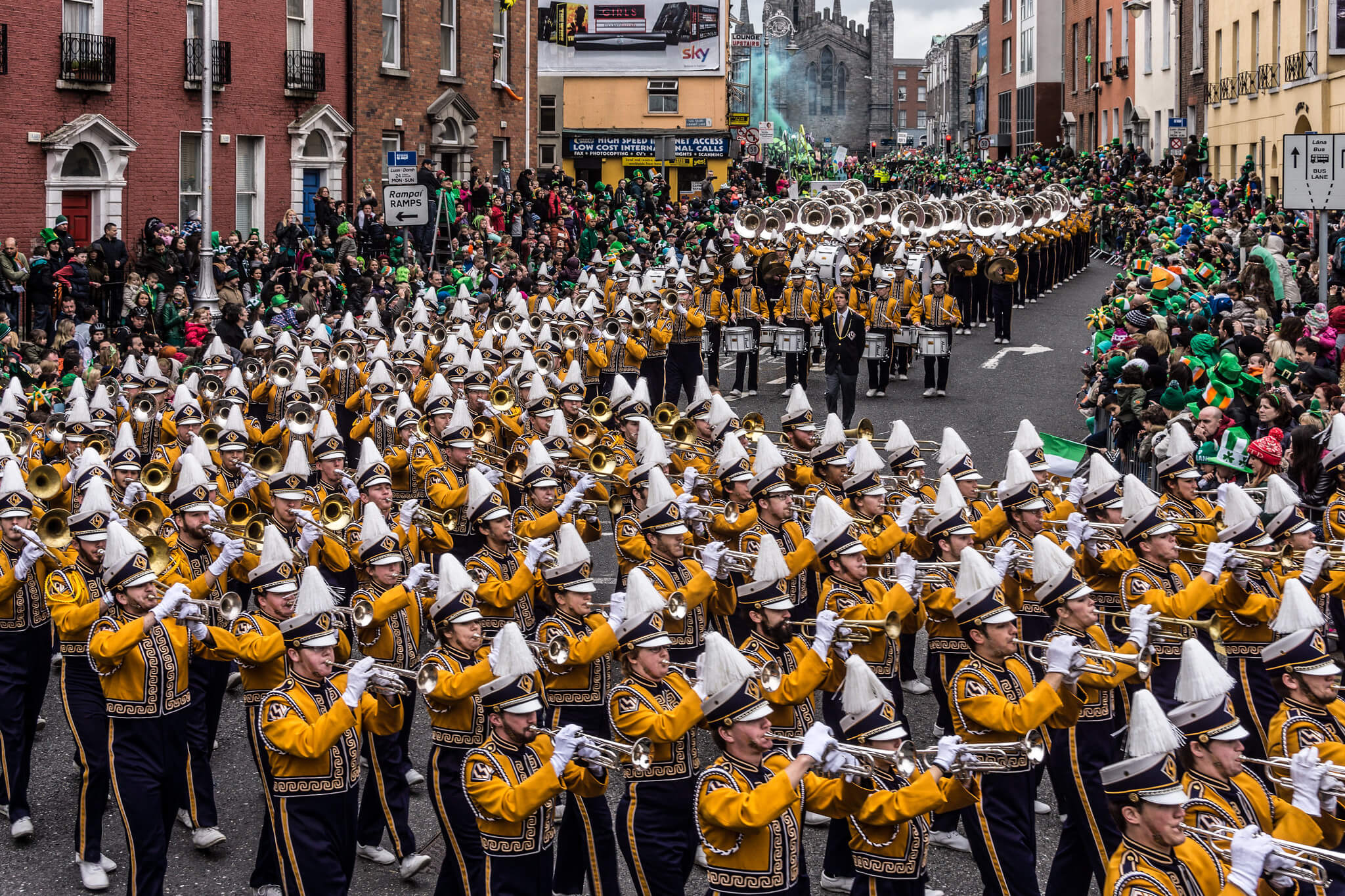