The first thing you’ll notice when walking into Sun Devil Stadium is the 2,000 pound Victory Bell. The Victory Bell. The bell is rung to usher students and fans into the stadium, so if you hear the bell, it means you better make your way to your seat soon as you won’t want to miss any of the action.

Once in your seat, the game kicks off to with a bang as intro video gets everyone pumped up and ready to cheer on the Sun Devils as they take the field.Once the fans start up at ASU they don’t slow down as the cheers remain strong throughout the game with the loudest cheers of all coming from the student section known as The Inferno. They can be found in the southeast corner of the stadium clad in bright yellow, which they try and use to distract opposing players.

If you want to sit with the wildest and rowdiest fans at the stadium then sitting in The Inferno is the spot for you.

Throughout the game, you will also hear the motto “Forks Up!” Often as it is one of the most popular cheers among the Sun Devil faithful. To join in on this cheer all, you need to do is make the fork hand gesture, which consists of putting your middle finger and ring finger under your thumb while your other fingers are pointed. The fork lets everyone know who you’re cheering for and is an excellent way to get into the game day spirit.

You’ll have a blast at an Arizona State football game as the rowdy crowd atmosphere combined with the unique surroundings allows you to experience a college game day like no other. 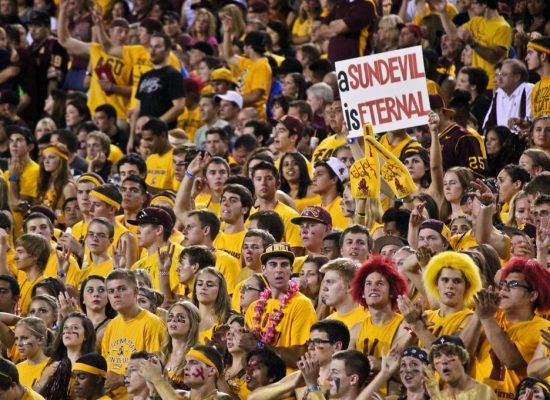 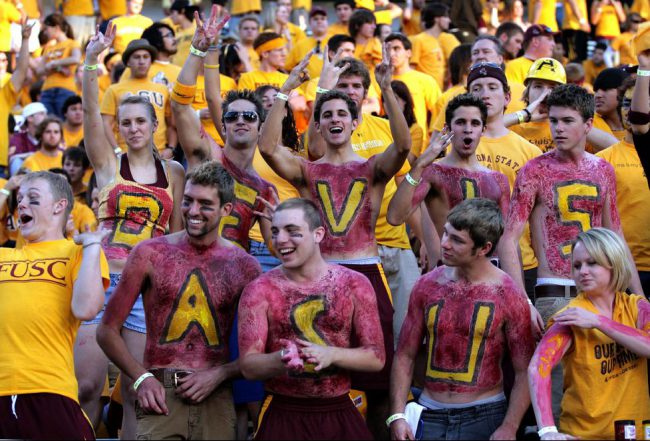 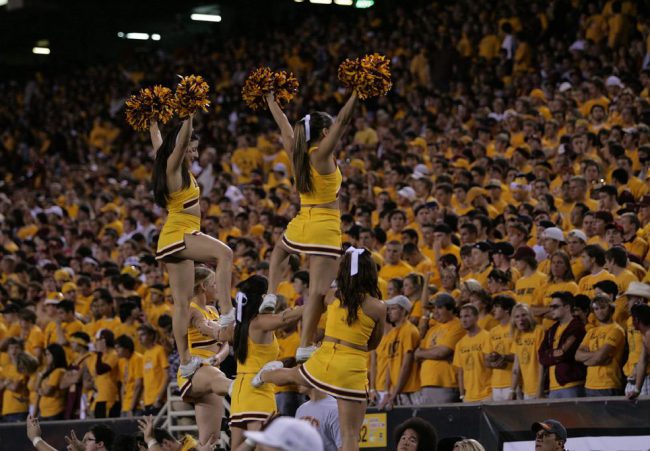 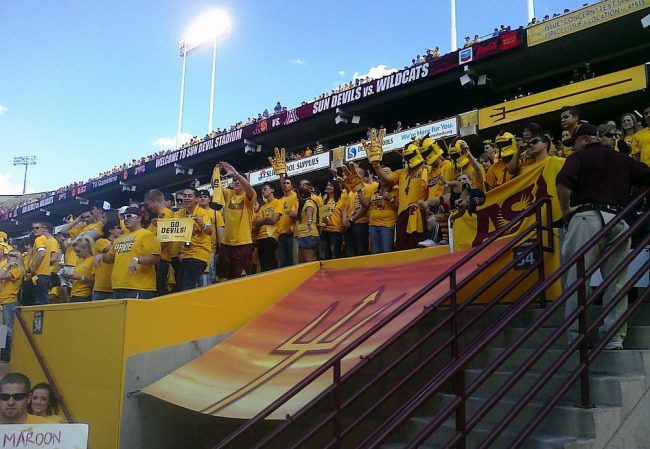 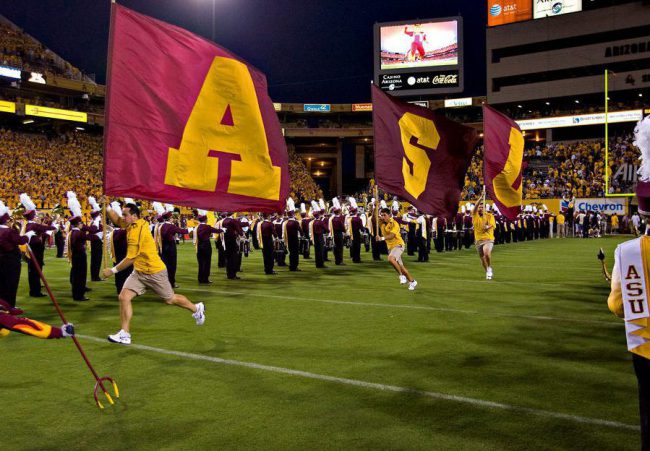 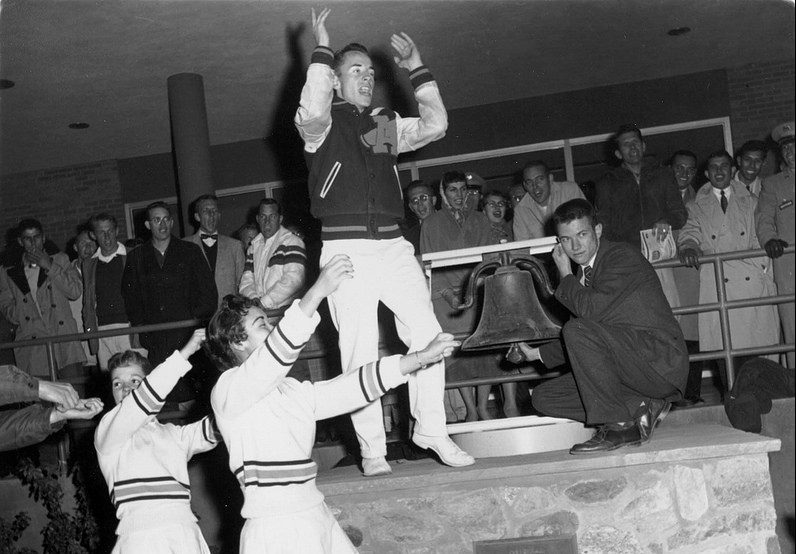 The Victory Bell located right outside of Sun Devil Stadium beckons students and fans to the stadium before every game. The bell is also rung after every Sun Devils victory for the number of points ASU scored. Stop by and check out The Victory Bell to get the most out of your ASU game day. 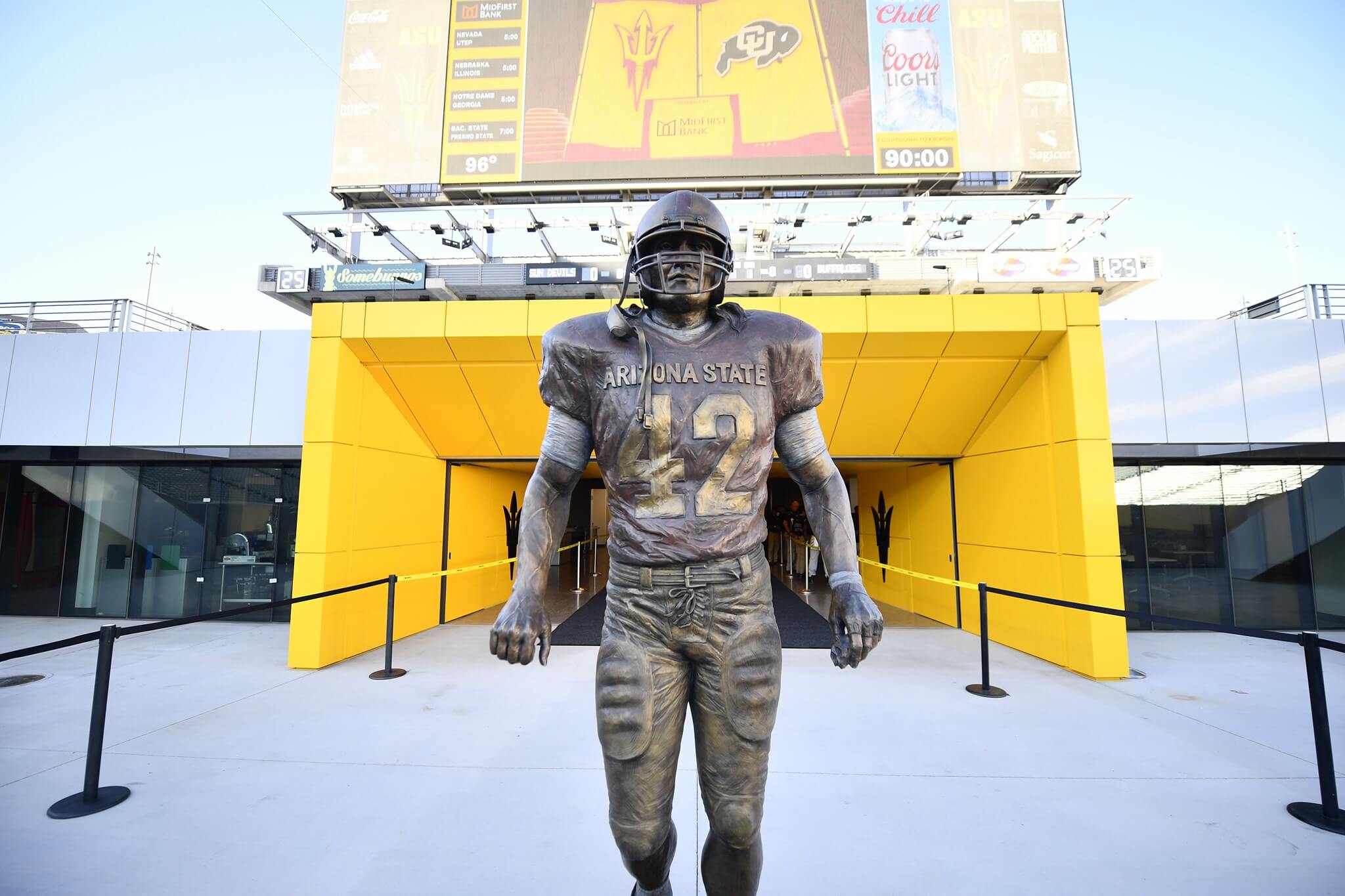 Pat Tillman started his football career at ASU in 1994 before graduating and going on to play for the Cardinals. Tillman became a national hero when he left the NFL to join the Army and tragically lost his life in Afghanistan in 2004. To honor this great hero A life-size photo of Tillman is displayed on the doorway of the tunnel that the ASU football team runs through onto the field. The tunnel is also covered in a tarp displaying his initial and number. Check out the tunnel and honor one of the greatest heroes the game has ever seen. 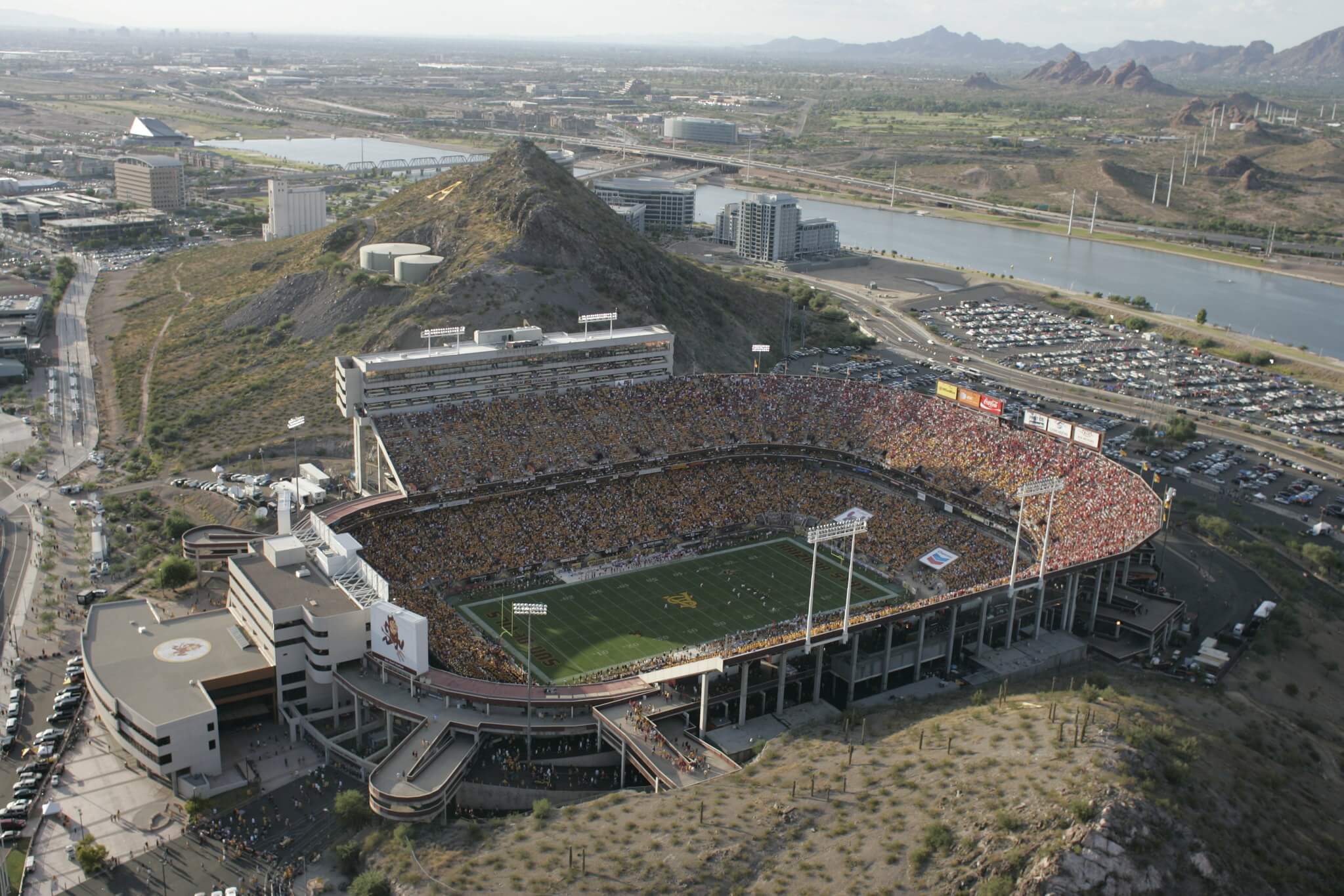 Sun Devil Stadium is located between two buttes in the middle of a desert landscape. With views of the buttes as well as the Tempe Town Lakes, the scenery gives the stadium a pleasing aesthetic and even dictates how the stadium is shaped in some places. The beautiful landscape that surrounds Sun Devil Stadium means you’ll not only get a great view of all the action on the field, but also an excellent view of the natural beauty Arizona has to offer. 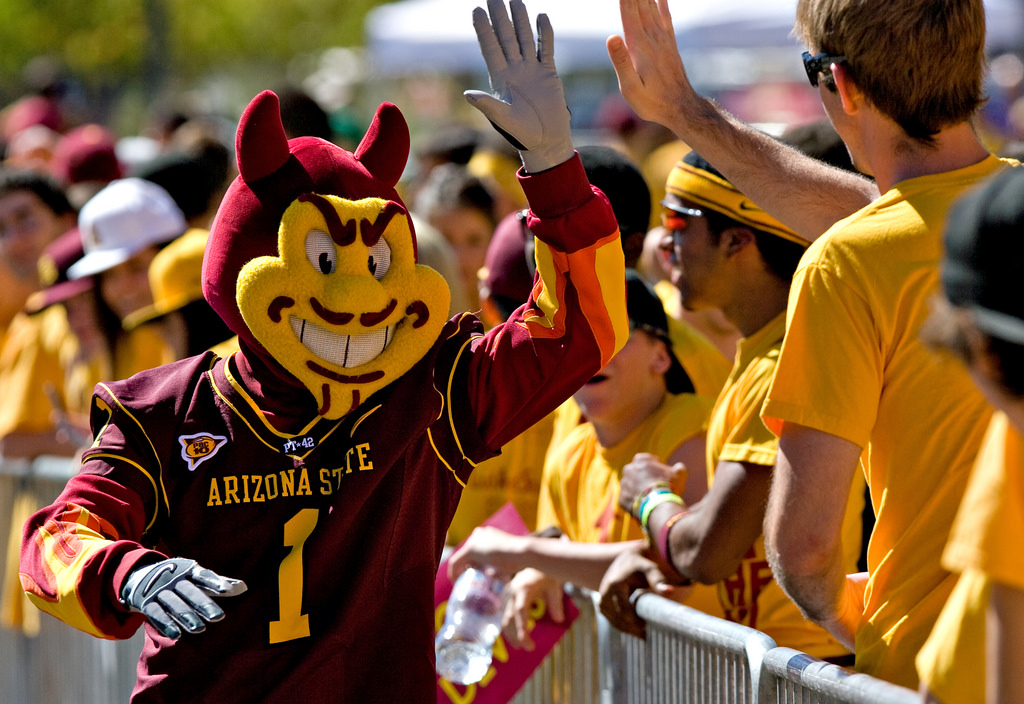 Sparky, the Sun Devil, is the official Arizona State University mascot, which can be seen all around the stadium on game days. Sparky was designed by Disney illustrator Bert Anthony in 1951 and has been representing ASU ever since. Look for Sparky to entertain the crowd with his trident and wild antics next time you take in a game at Sun Devil Stadium.

Check out the University of Colorado – Boulder stadium guide!

Check out the University of Southern California stadium guide!

Check out the University of Utah stadium guide!

Check out the University of California Los Angeles stadium guide!