Home of the Auburn Tigers

Jordan-Hare Stadium is the home of Auburn University’s football team and is located in Auburn, Alabama. With its most recent expansion in 2004, the stadium seating capacity is 87,451 and is often considered one of the most intimidating stadiums to play in due to its size and the Tigers extremely loyal and passionate fan base. The stadium is named after Ralph “Shug” Jordan and Cliff Hare. The former being the most winningest coach in Auburn history and the latter a member of the first Auburn football team as well as the Dean of the Auburn University School of Chemistry. The grass playing field was named the Pat Dye Field in 2005, in honor of former Auburn coach and athletic director Pat Dye.

The atmosphere inside the stadium can be described as electric and high-spirited as fans pour in wearing their orange and blue. You’ll quickly see and feel the love and pride Auburn fans have for not only for their team but their stadium as well. Grab your orange and blue and head down to Jordan-Hare Stadium to witness one of the best atmospheres in all of college football. 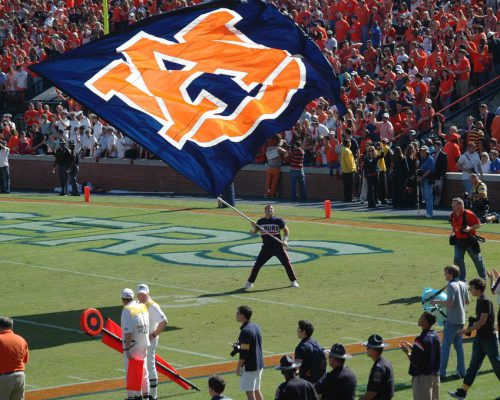 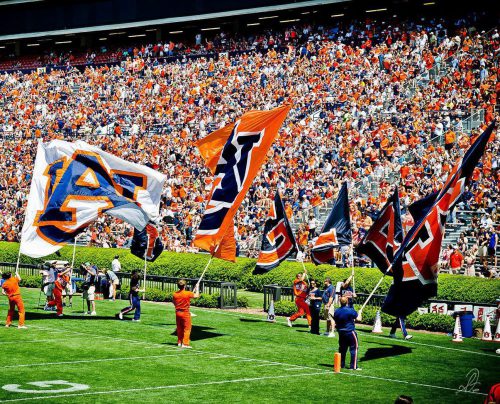 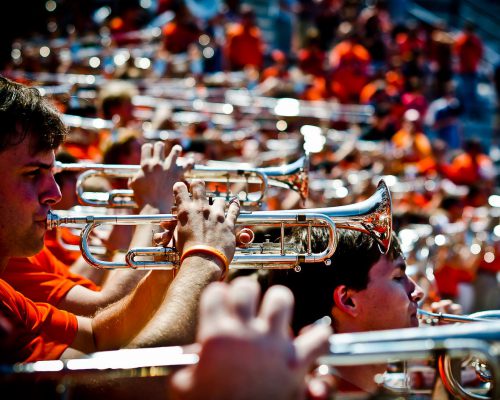 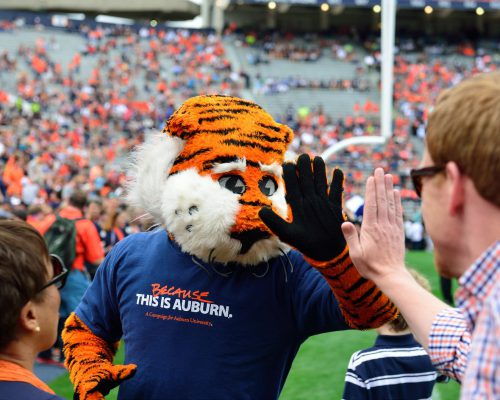 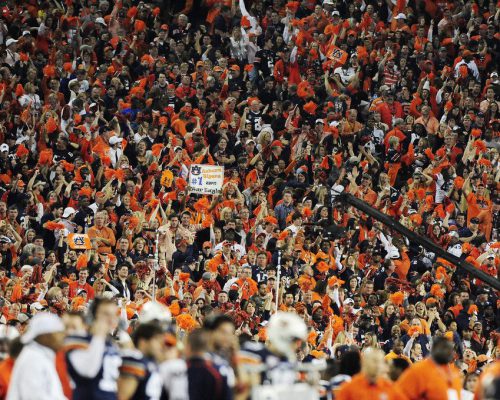 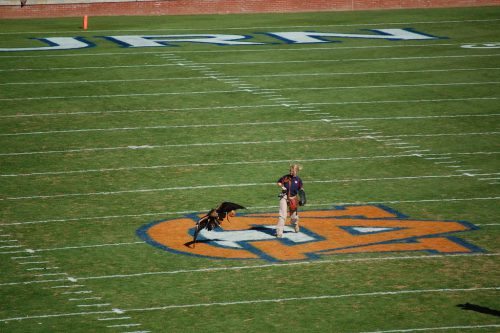 Flight of the War Eagle

Despite Auburn’s official mascot being Aubie the Tiger, the term “war eagle” is used as a battle cry for Auburn fans and is yelled during kickoff as well as throughout the game. One of the unique traditions about Jordan-Hare Stadium is the flight of the war eagle in which a live eagle circles the stadium before landing at mid-field. 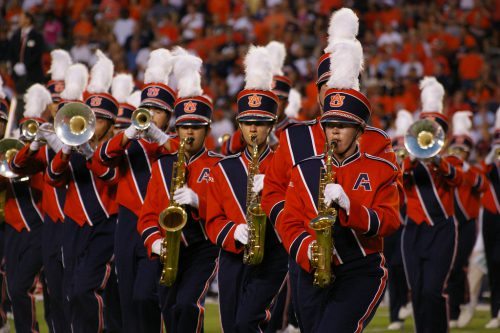 The Auburn Marching Band is a big part of any Tigers game and a must-see for anyone visiting Auburn. The band puts on spectacular pregame and halftime shows, featuring a variety of school songs including “War Eagle” and “Glory to Olde Auburn,” so don’t miss them during your trip to Auburn. 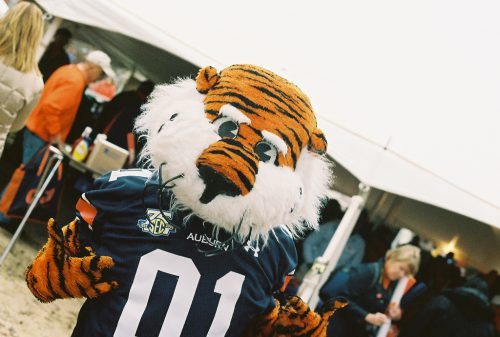 Auburn’s mascot, Aubie, debuted in 1979 and quickly became one of the most famous mascots in the country winning nine national mascot championships. Aubie will keep you entertained throughout the game with his antics, so don’t miss him when attending a Tigers game.

Check out the University of Alabama stadium guide!