Home of the Baylor Bears

The recent success of the Baylor Bears football program has reinvigorated the city of Waco, Texas and the tens of thousands of Baylor Alumni throughout Texas, resulting in an energetic tailgate & pre-game atmosphere that was essentially non-existent ten years ago.  Baylor’s brand new  $266 Million Dollar McLane Stadium has positioned itself to be built around tailgating, which can be seen with their “BAYLOR THING,” the BAYLOR BAY & sailgating, and XYZ.

The stadium is actually about 2.5 miles from Campus, which benefits the tailgating because most fans will just stay near the stadium, making a louder & better experience for all.  You’ll see tons of small Tailgating tents, plenty of giant BBQ’s & smokers serving up fantastic Texas food, while also a fair share of Baylor Bear Cookies.  Baylor fans love playing ‘bags’ and other typical tailgate games, but it seems like they do it much more than other schools.  Since Baylor is a Christian school, you won’t see people ‘getting after it’ as much as some other places, but that’s not to say there isn’t drinking, eating, and good times.

Finally, while walking around, you’ll see people throwing up a “Sic-Em” Bear gesture, so be sure to send one back and yell out “Sic-Em!!” as you’re doing it.  Go Bears! 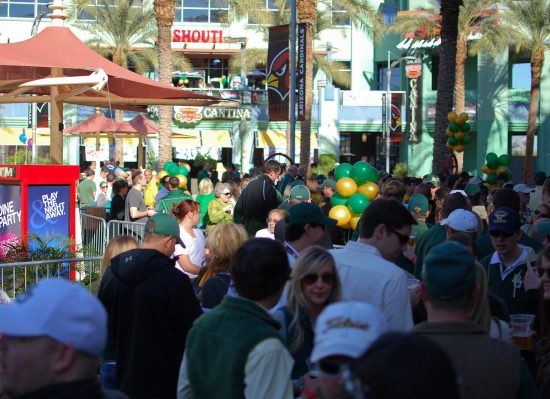 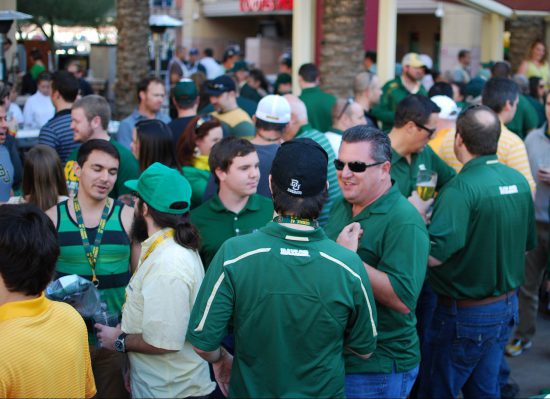 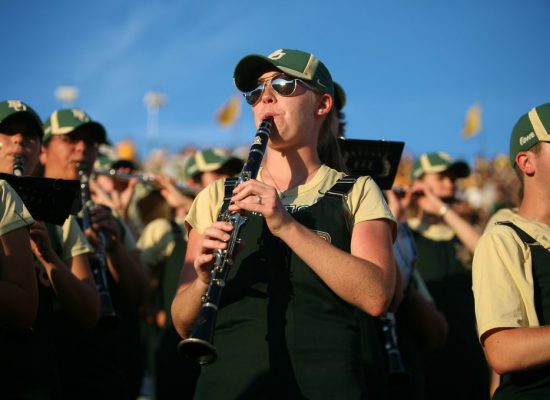 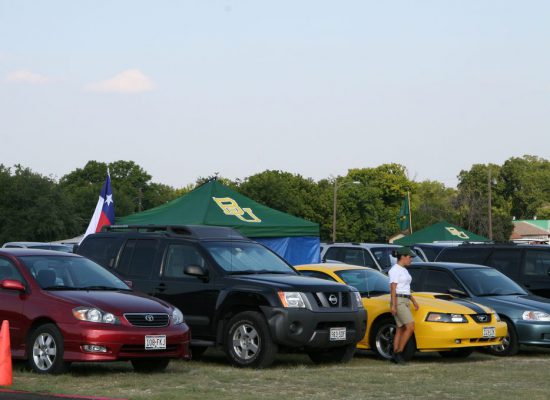 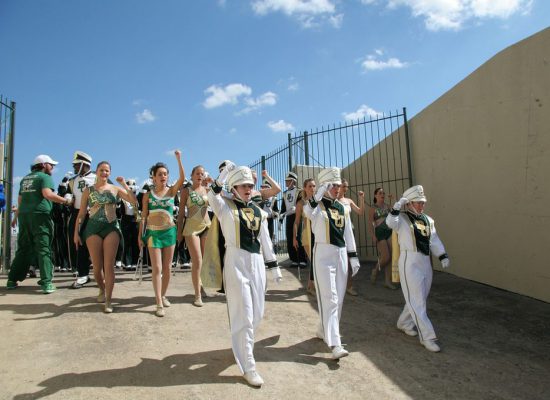 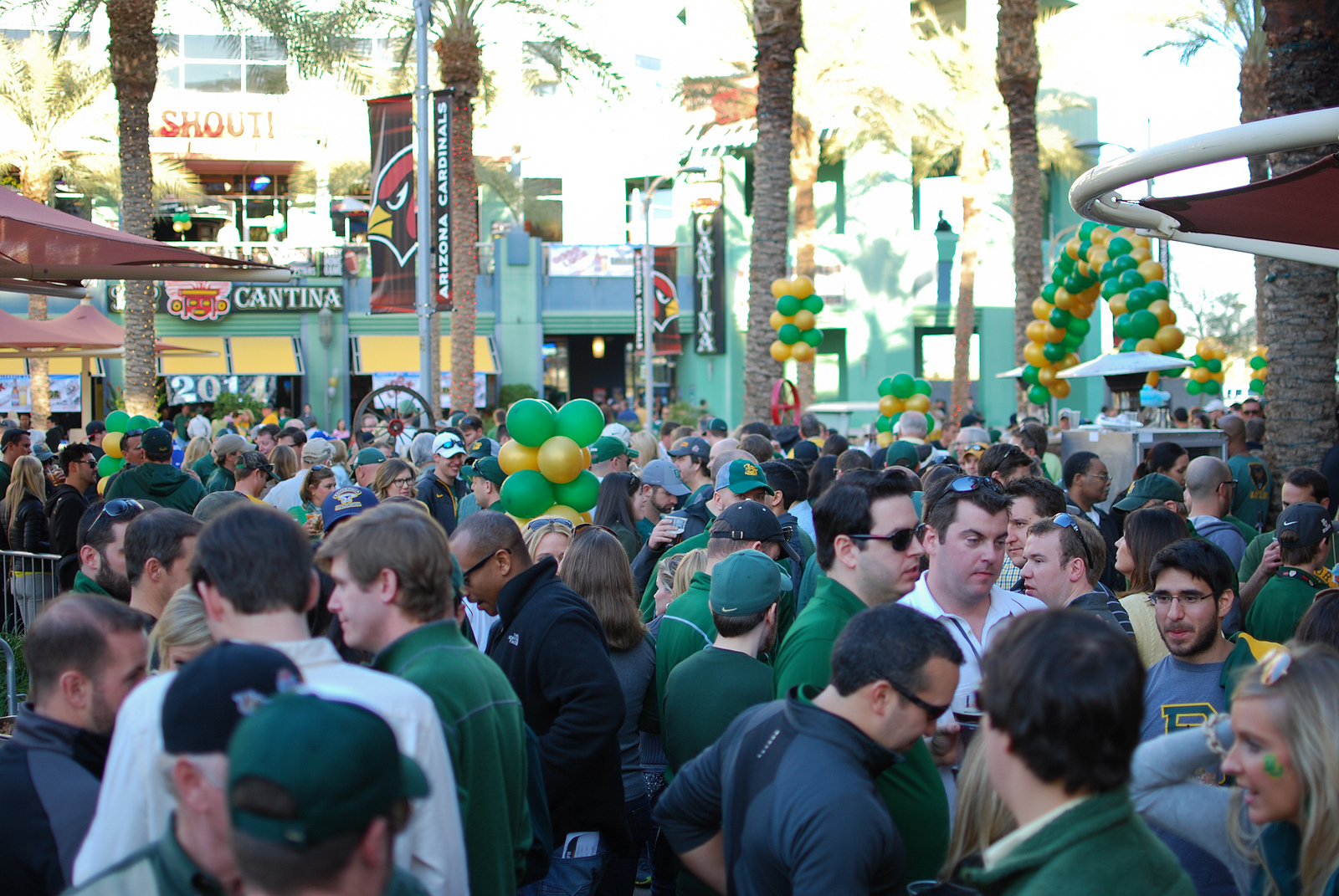 In the heart of the tailgating area next to Touchdown Alley and the Baylor Alumni Network Tent, the proud Baylor Bears will walk along the basin bridge and onto the stadium three hours before kickoff. It is a fun and exciting way for the town and fans to fire up the Bears as they prepare for the game. 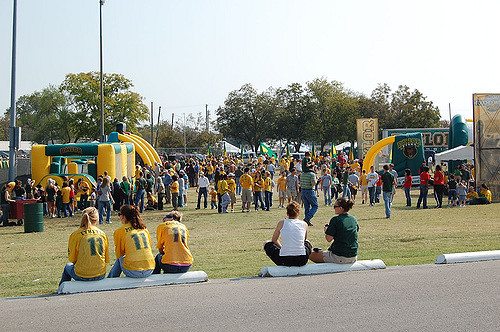 Baylor has created an entire pre-game area for fans called “Touchdown Alley” on the turf of their old stadium. Touchdown Alley is the epicenter of Baylor Tailgating, but is also family-friendly, free, and has activities for everyone to enjoy. There’s inflatable jumping pits, a climbing wall, a 40-yard dash test, and many other fun things that any Baylor fan would love. They also host the pre-game show from Touchdown Alley, as well as show other games on the jumbotron in the Alley. 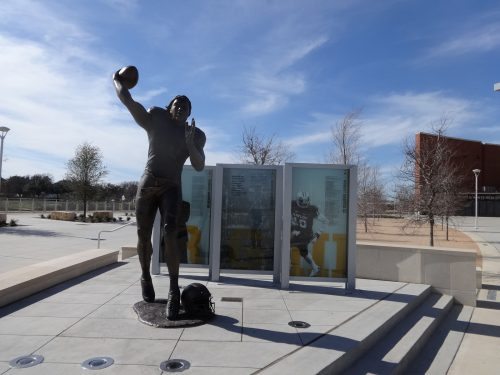 Situated proudly between McLane Stadium and Brazos River is the statue of Robert Griffin III, more commonly referred to as RG3. As Baylor’s only Heisman Trophy winner (2011), RG3 has been immortalized in a nine and a half foot tall bronze statue that many fans pass by on their walk to the stadium. 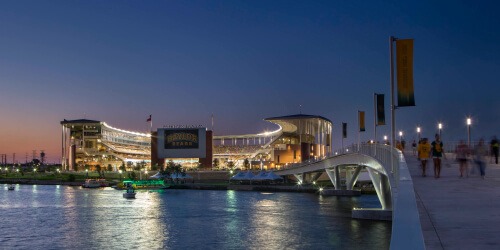 With the new McLane stadium sitting right near Brazos River, Baylor fans have recently started sailgating to the stadium. Nicknamed “Bearmada,” the river takes on a green and gold tint on game days as fans sail down the river in pontoons, houseboats, kayaks, and everything in between as early as 8 am.