Home of the Boise State Broncos

Albertsons Stadium has been a fortress of invincibility for the Broncos as they have amassed one of the best home records in the nation over the course of the program’s history. The Broncos all-time win-loss record at home is 236-51 giving them a .822 all-time winning percentage, and their record is even more impressive recently having gone 93-4 at home since 1999. This excellent home field advantage has led to Broncos fans coming out in strong numbers, as they expect a victory every time they go to a game at Albertsons Stadium.

A big component to the Broncos success at home has been the rambunctious fans that make up the crowd at Albertsons Stadium.  The crowd is so loud that they have recorded a noise level of 123 decibels. When in Boise come prepared to cheer loudly and frequently to keep up with the rest of the crowd.

Another big part of the impressive home field advantage the Broncos have built up is The Blue. The Blue is the name of the blue turf, which can only be found at Boise State. The turf can be very intimidating to opponents as it gives the playing field a weird and new feel, and has even taken on a life of its own over the years creating many myths and legends.

Finally, if you’re coming to Boise late in the season, you’ll want to bundle up as it can be quite cold for some of later October and November games. The cold weather doesn’t stop the Boise faithful from showing up and being their usually boisterous selves, though, so come bundled up and ready to cheer on the Broncos late in the season. 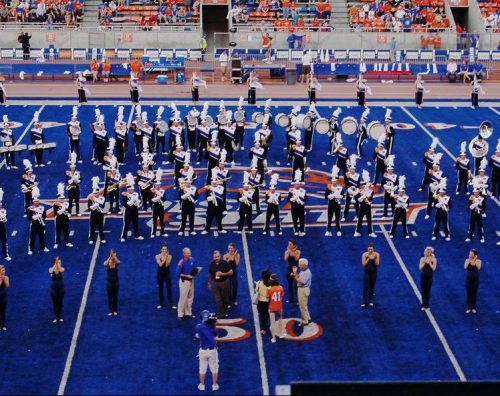 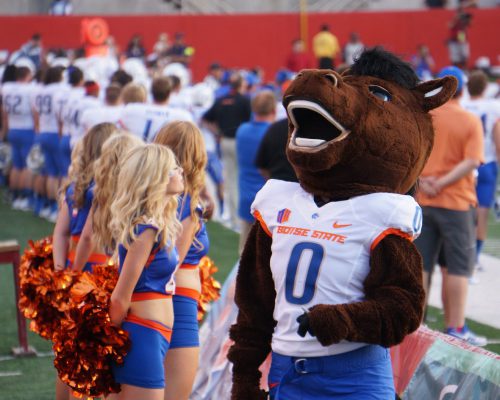 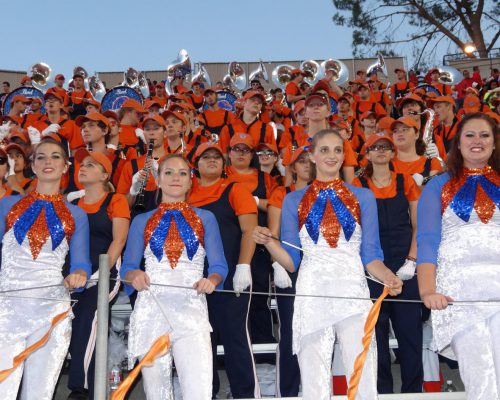 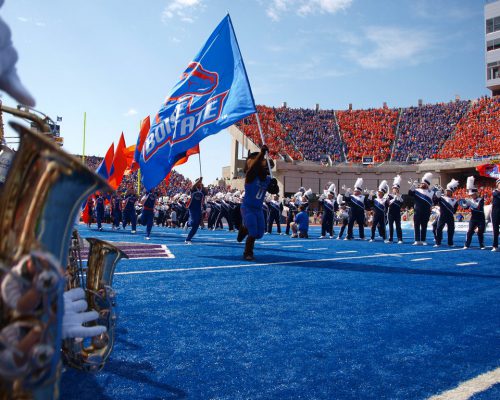 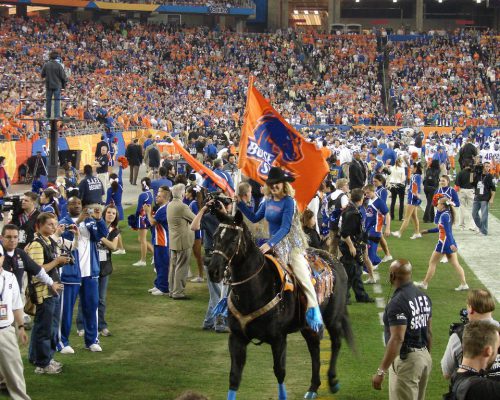 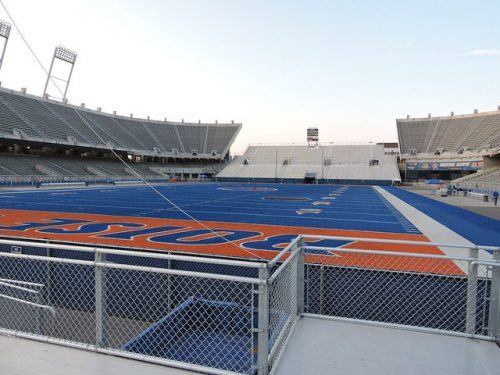 Albertson's Stadium is home to the only blue Astro turf in the world. Boise State started this tradition in 1986, and it has been a staple in their team’s history. Since then they have made a rule that no NFL team may use a surface color other than green and named it the Boise rule. So as you take in a game here, try and think about how it might be one of the only times you get to watch football played on an all blue field. 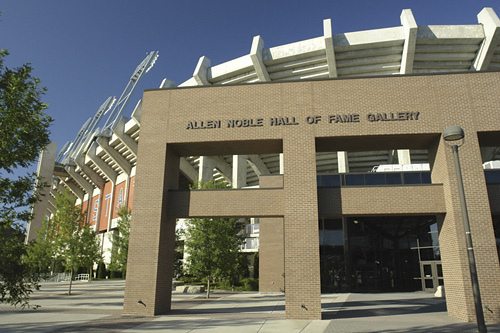 If you are a true fan of the team, you will enjoy walking around the Allen Noble Hall of Fame Gallery. It has a lot of memorabilia from the team’s history and notable events. A must if you are a true Boise State or football fan.

A 3 story complex on the west side of the stadium, this is a real luxury to take a game in from this area. Air conditioned areas where you can get a meal and relax with family and watch the game from pure comfort. 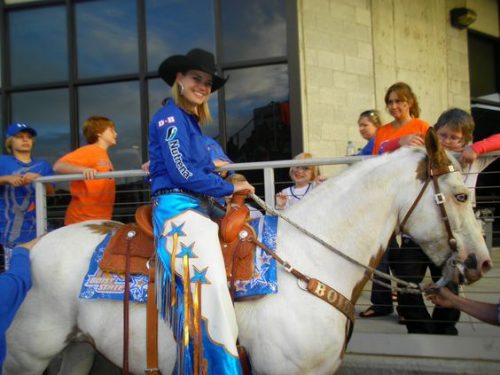 Before the game and after every Boise State score, the Bronco Girl rides down the field. The ride really gets the capacity crowd up and cheering giving the Broncos an extra edge when playing at home. 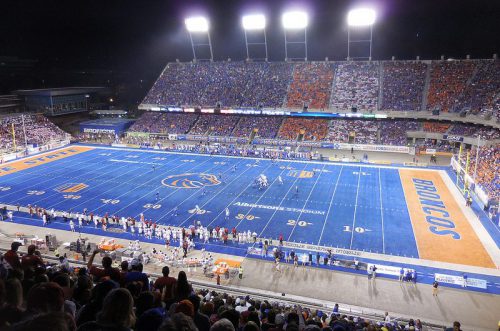 Colors in the Stands

Each seating section in the stadium has an assigned color of shirt that you should wear to the game. It is either blue, orange, or white. It makes the stadium and fans pleasing to the eye for everyone around. 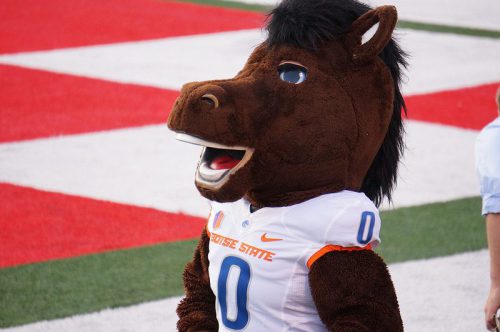 Buster Bronco has been the Boise State Broncos mascot since 1932 and is one of the best mascots in college football. He was ranked #3 in Sports Illustrated’s 2007 mascot power rankings and was a nominee for the Capital One Mascot of the Year in 2008-2009. Buster Bronco really revs up the crowd with his antics, so be sure to look for him when attending a Boise State game.

Check out the University of Wyoming stadium guide!

Check out the University of New Mexico stadium guide!