Home of the Boston Red Sox

One of the most notable features of Fenway Park is the massive green wall in the left field. Standing at thirty-seven feet and two inches high, the Green Monster has become a staple of Fenway over the years and is a must-see for anyone visiting Fenway for the first time. 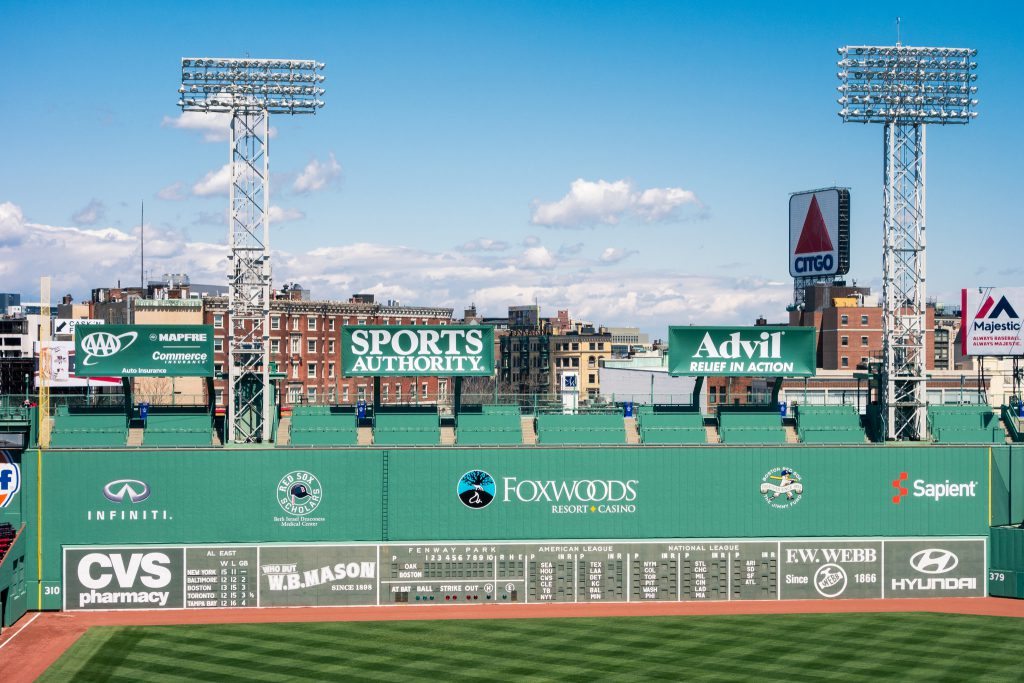 In Section 42, Row 37, Seat 21, you’ll find one seat painted red. Why do you ask? Red Sox legend Ted Williams hit a record-setting 502 foot home run here in 1946, and the team painted the chair red in his honor so be sure to check it out while you’re in Fenway. 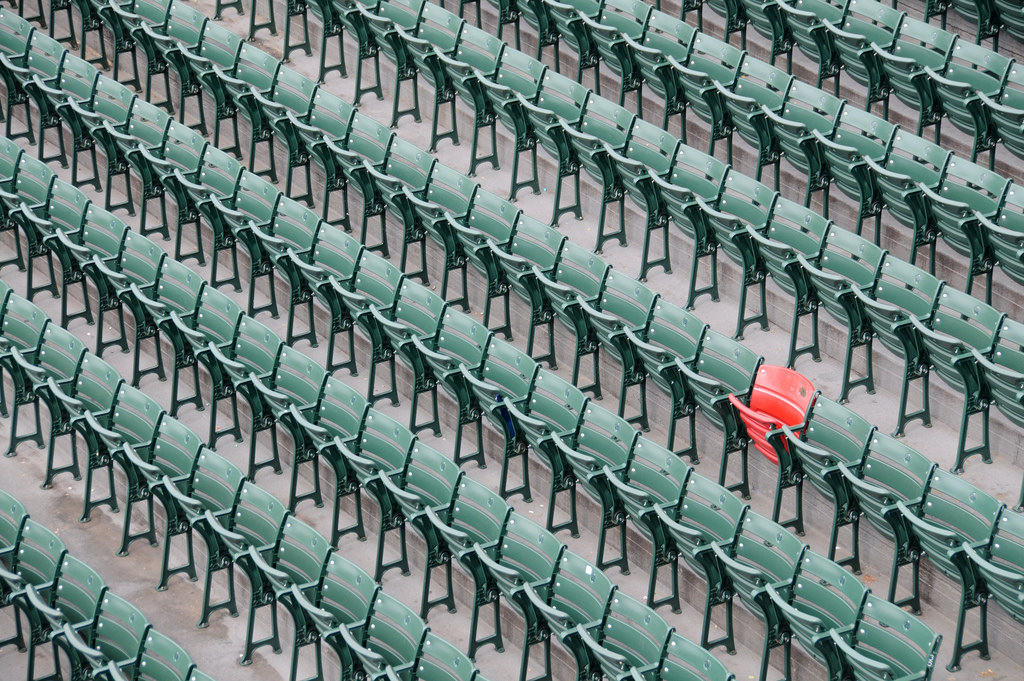 The manual scoreboard inside the Green Monster is run by two men who place 12-by-16-inch panels into the allotted slots each inning. You can also see the initials of former Red Sox owners Tom and Jean Yawkey in Morse code on the scoreboard as well. 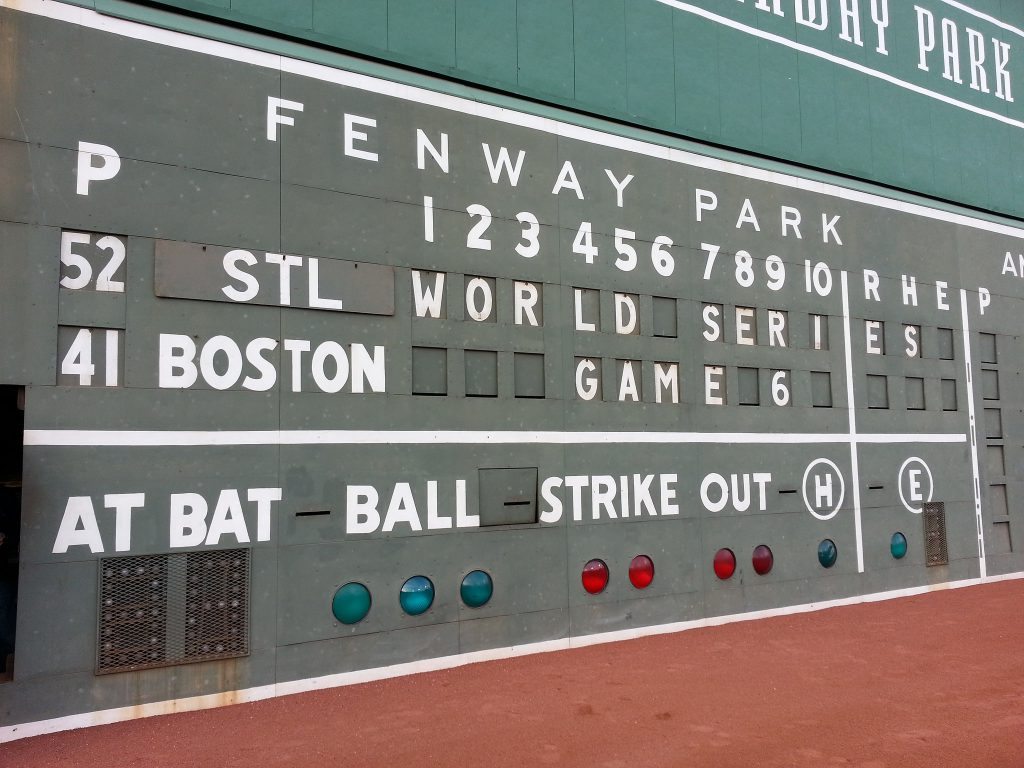 Fully lined with vendors selling everything from t-shirts to hot sausages, Yawkey Way feels like an outdoor block party and makes for a great experience before catching a game at Fenway. 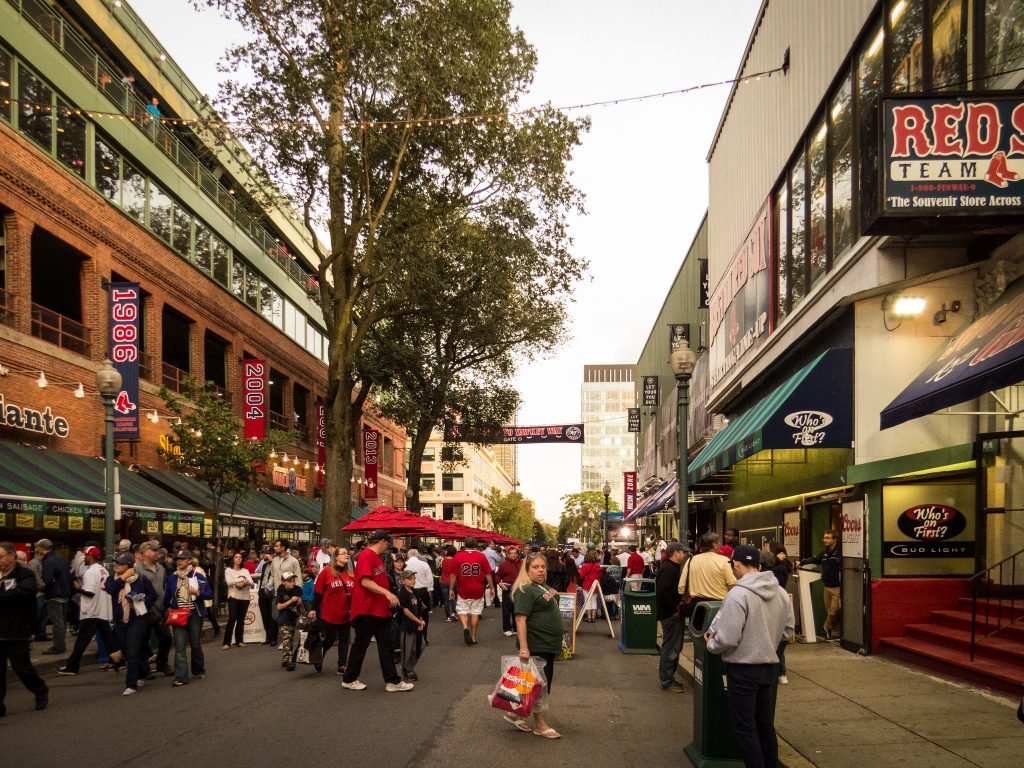 The yellow foul marker is covered in signatures and messages from fans wishing to leave their mark in Fenway. If you’re able to, make your way over to the pole and leave your mark. 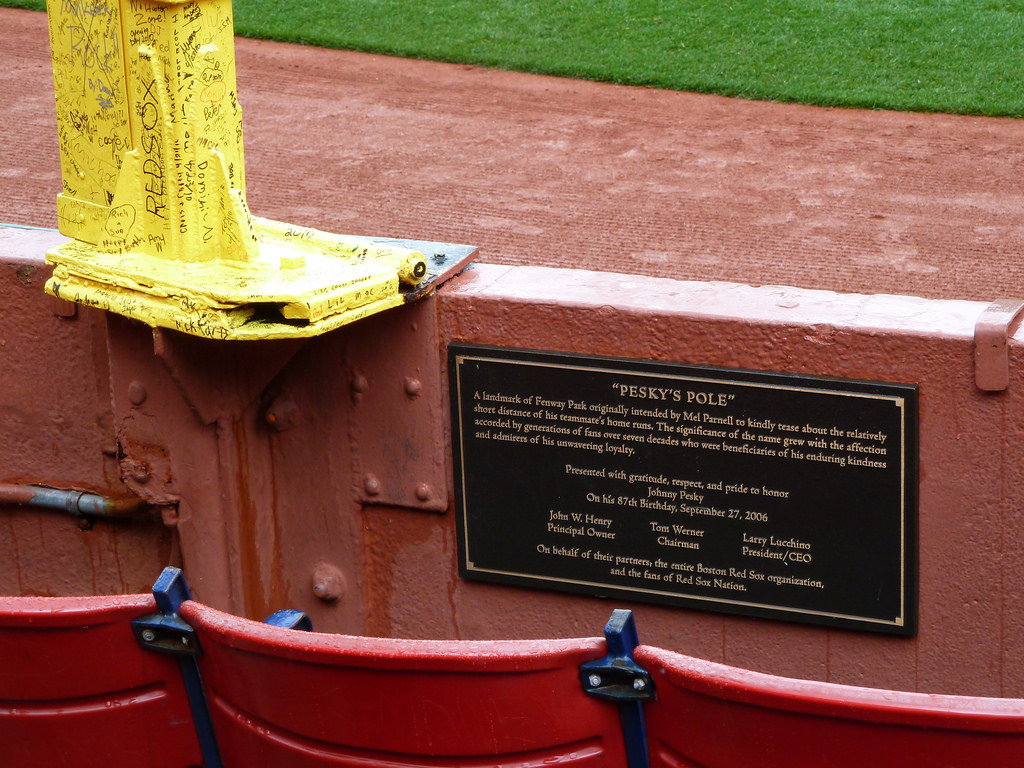 For $25 a person, you can get a personal tour of Fenway, as well as meet Wally the Green Monster and pose on the warning track. There’s no better way to experience Fenway Park or learn about the park’s history, so book a tour when visiting Boston. 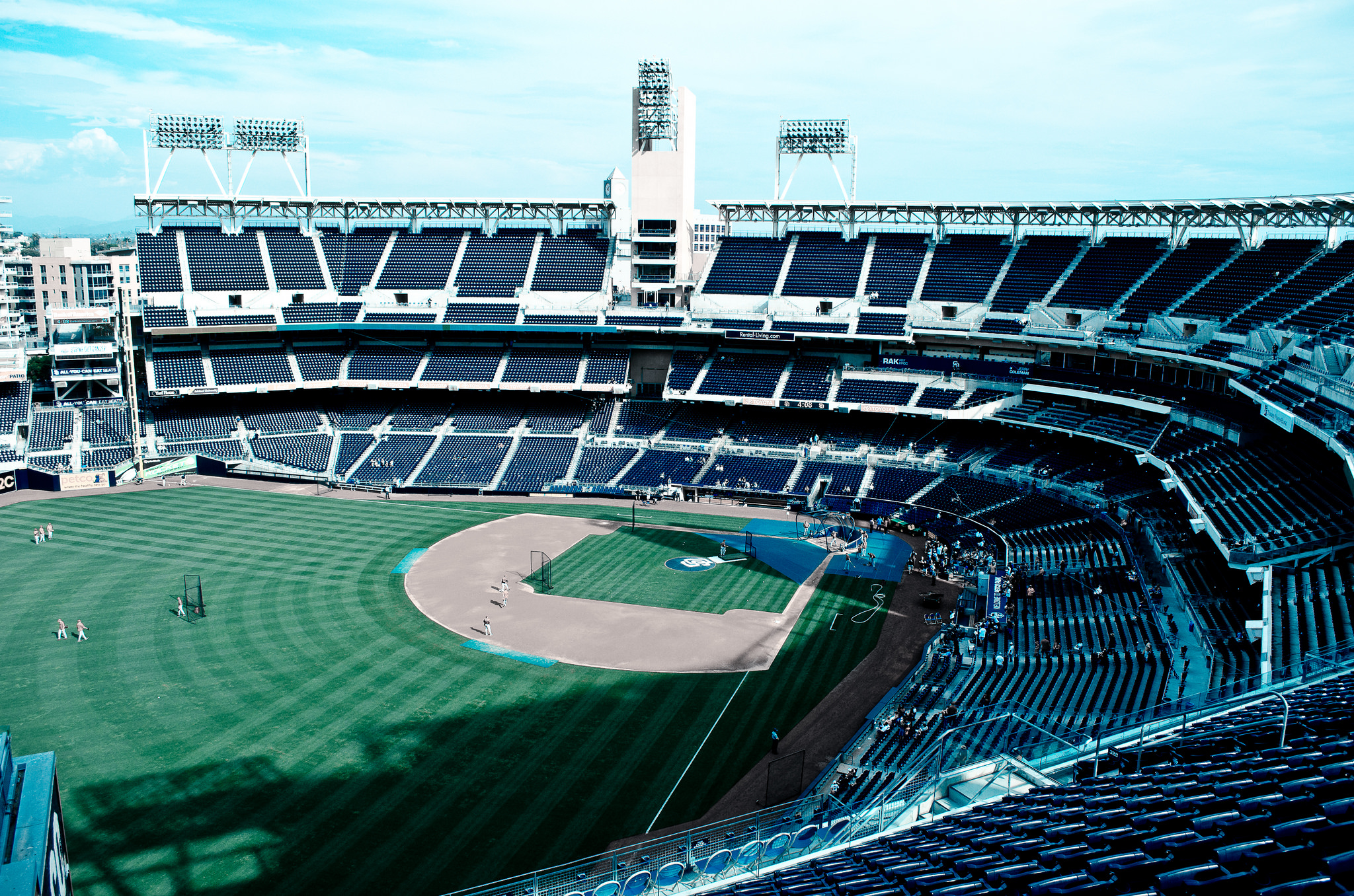 Outside of Fenway Park are several statues honoring some of the greatest players in Red Sox history. The statues celebrate legends such as the Splendid Splinter and Yaz. Stop by and get a picture with each of the statues. 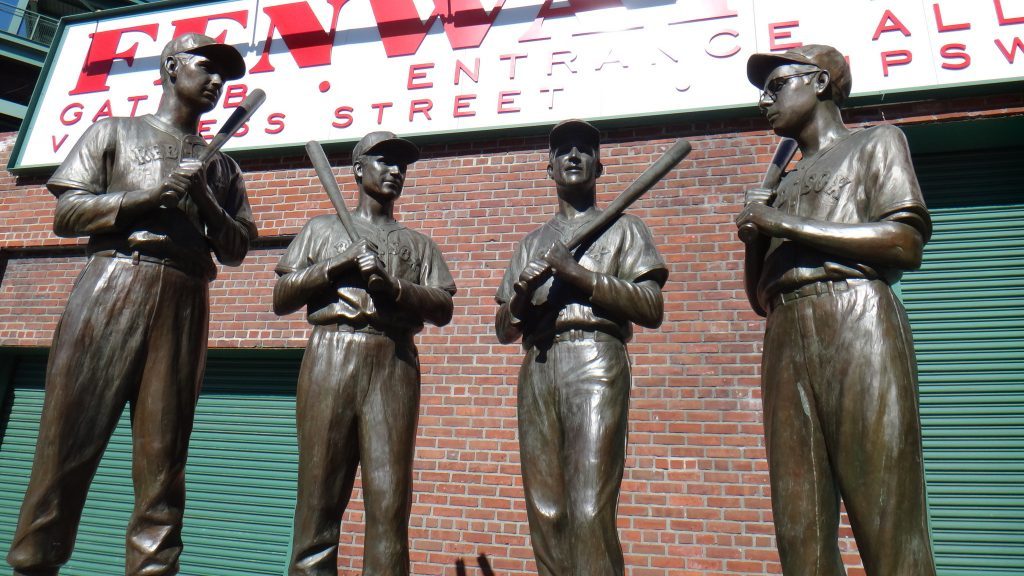 The left field foul pole is named after Carlton Fisk who famously hit the pole with this walk off winner against the Cincinnati Reds in Game 6 of the 1975 World Series. If you’re sitting on the Monster, snap a picture of yourself with the pole while at the game. 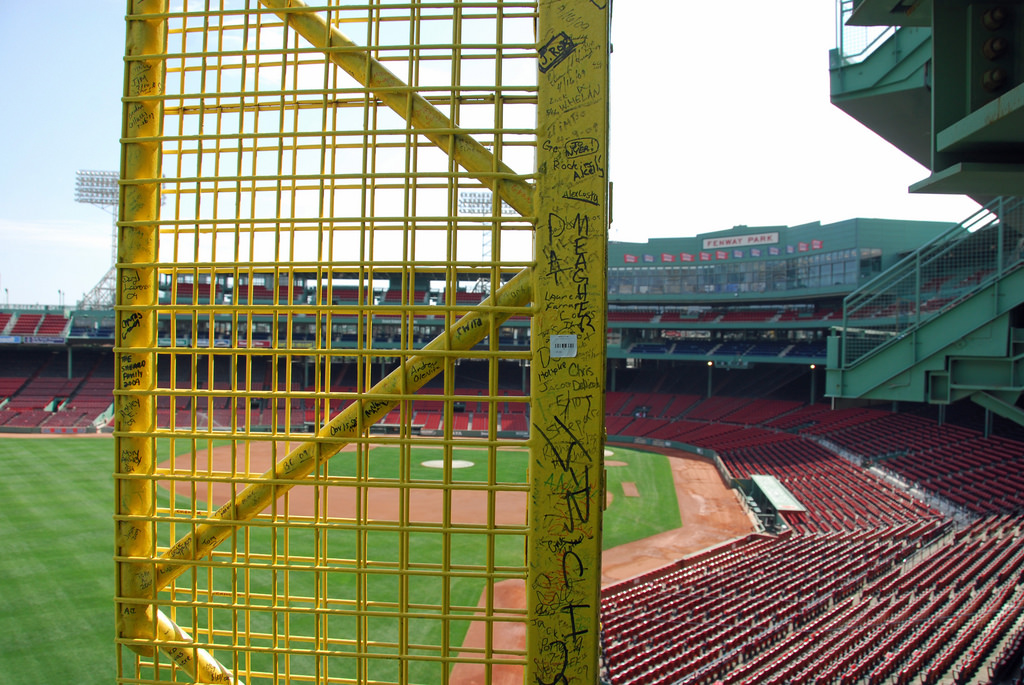 Arguably, the most famous rivalry in all of sports, the rivalry between the Red Sox and Yankees dates back to 1919, when Red Sox owner Harry Freeze sold superstar Babe Ruth to the Yankees. The traded sparked the rivalry as Ruth went on to lead the Yankees to four World Series. From 1919 to 2003 the Yankees won 26 World Series to the Red Sox none, however, in 2004 the Red Sox captured their first World Series in 86 years after erasing a three game to none deficit in the ALCS. Red Sox-Yankees games are some of the best games of the season, so make sure to get tickets when the Yankees come to town. 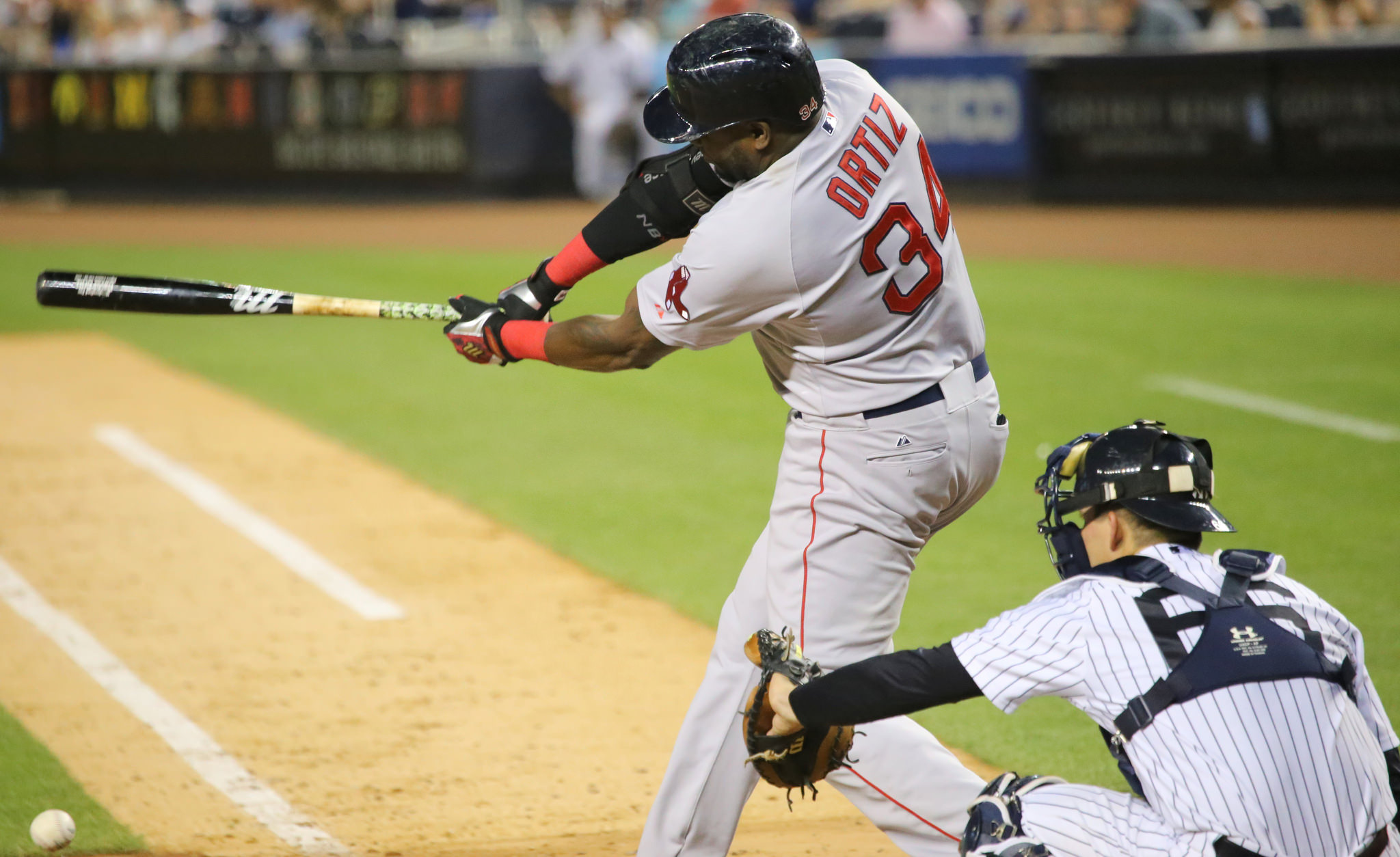 Right near Fenway Park is the Cask’n Flagon, a fan favorite pre-game spot. You’ll always find fans floating in and around the bar, preparing for a day of Red Sox baseball, so stop by and grab a drink with some Red Sox diehards before the game. 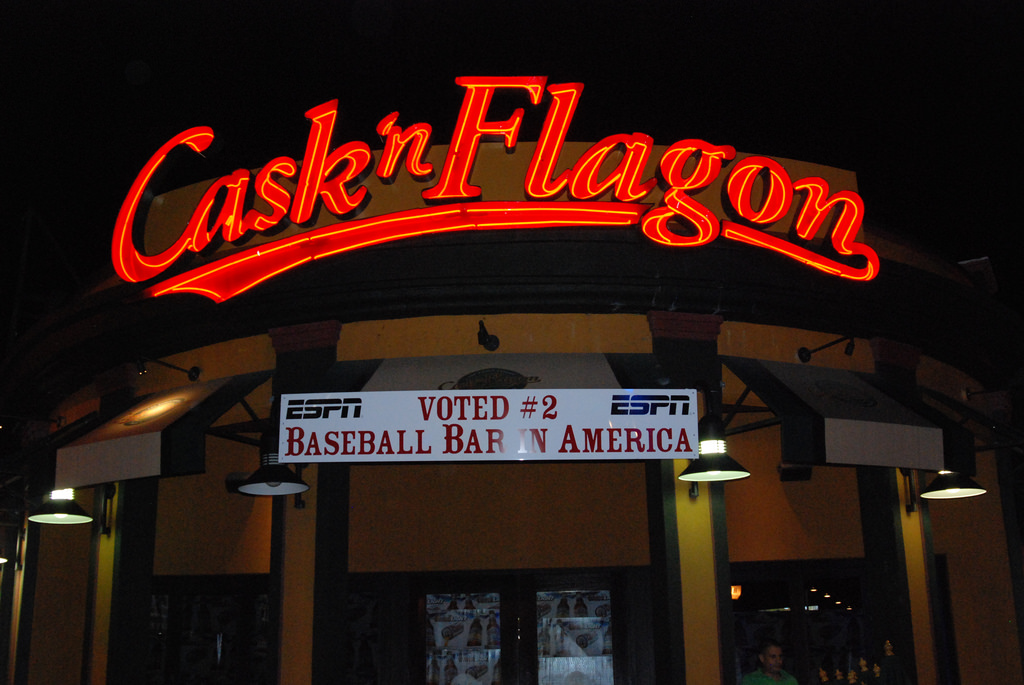