Home of the BGSU Falcons

During the game, you will be able to check out the inside of Doyt Perry Stadium, one of the oldest remaining football stadiums in the MAC. There are a variety of new and historical elements that make these games a memorable experience. One of the best parts of taking in a Bowling Green game is the band. The band is very active throughout the game, playing a blast or clip from a song after almost every play. The input from the band helps to drive home the small school atmosphere and keeps the fans amped up and involved in the game.

The traditional and favorite chant during the game from the Bowling Green fans is the Falcon Screech. Anytime the Falcons pick up a first down the public address announcer calls out FOR ANOTHER FALCONS FIRST DOWN, followed by a loud Falcons screech that shakes the opponents.

The loudest section in Doyt Perry Stadium is the student section located in the northwest corner. Just as you would expect from a small school, the students pack the section and dawn the school’s colors, paint faces, dye hair, and wave signs all game long. The band also sits on the north end of the stadium as well creating a boom from the north end of the field. If you’re looking to sit in the loudest section of the stadium, then secure a spot near the north end where you’ll be a part of one of the most uproarious crowds in the MAC.
You’ll have an outstanding time taking in a game at Doyt Perry Stadium where the rambunctious fans create a delightful small school football experience. 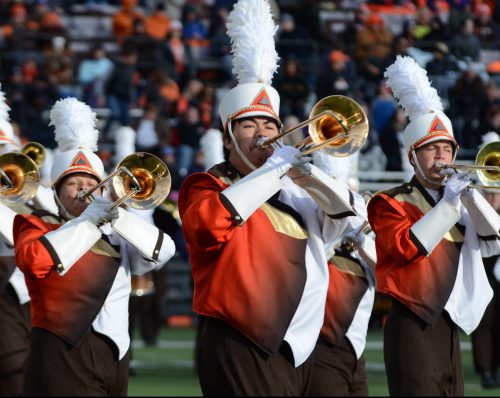 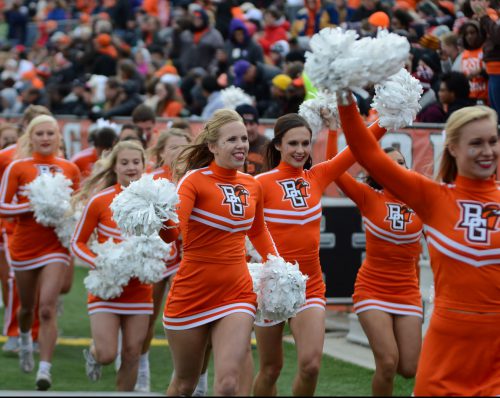 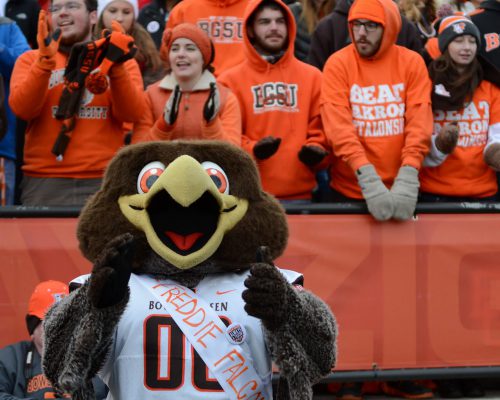 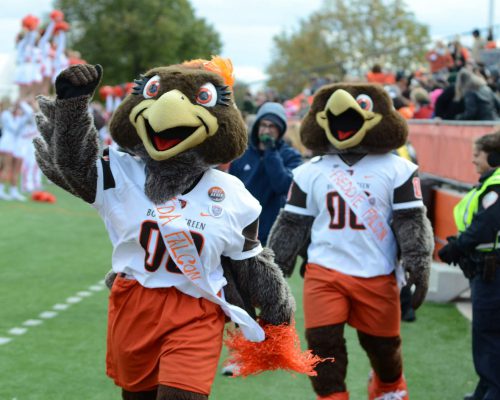 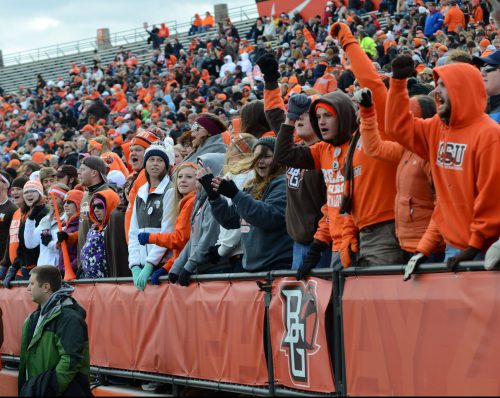 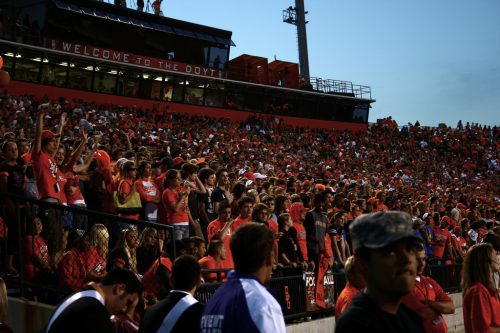 Following first downs a loud falcon screech will be played over the PA system. The screech is a fan favorite and energizes the entire crowd while striking fear into the heart of opponents, so keep your ears peeled for this game day tradition. 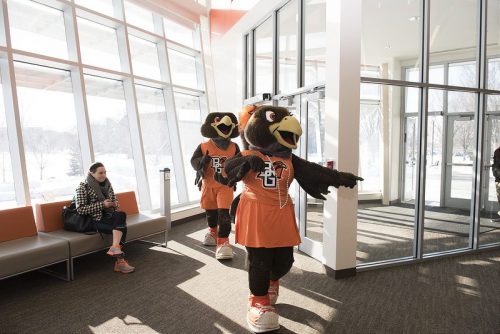 These two falcon mascots can be seen entertaining the crowd on the sidelines of every Bowling Green football game. One of the more unique traditions involving this pair of mascots is that they throw bubble gum, so keep your eyes peeled for them so you can snag a piece.