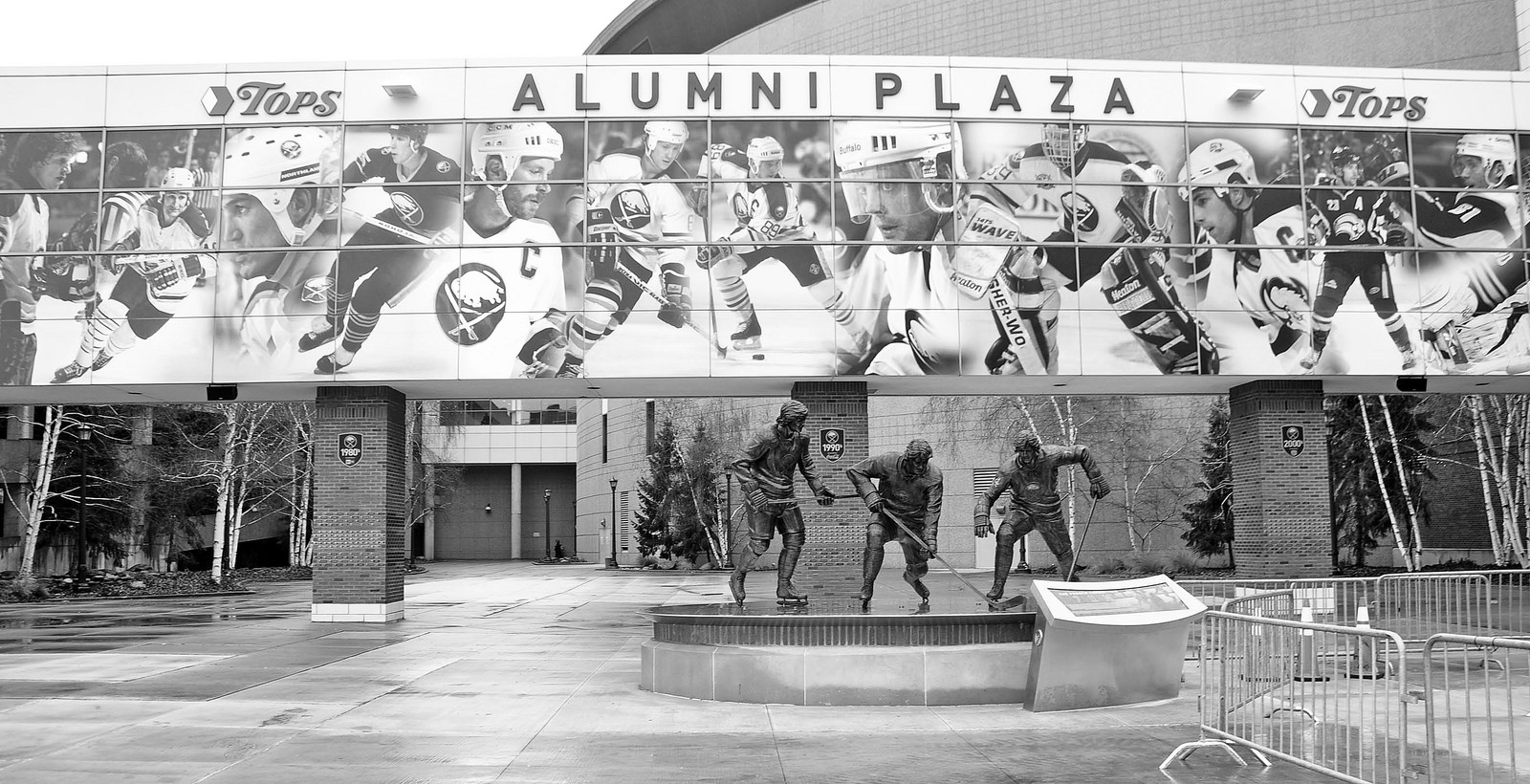 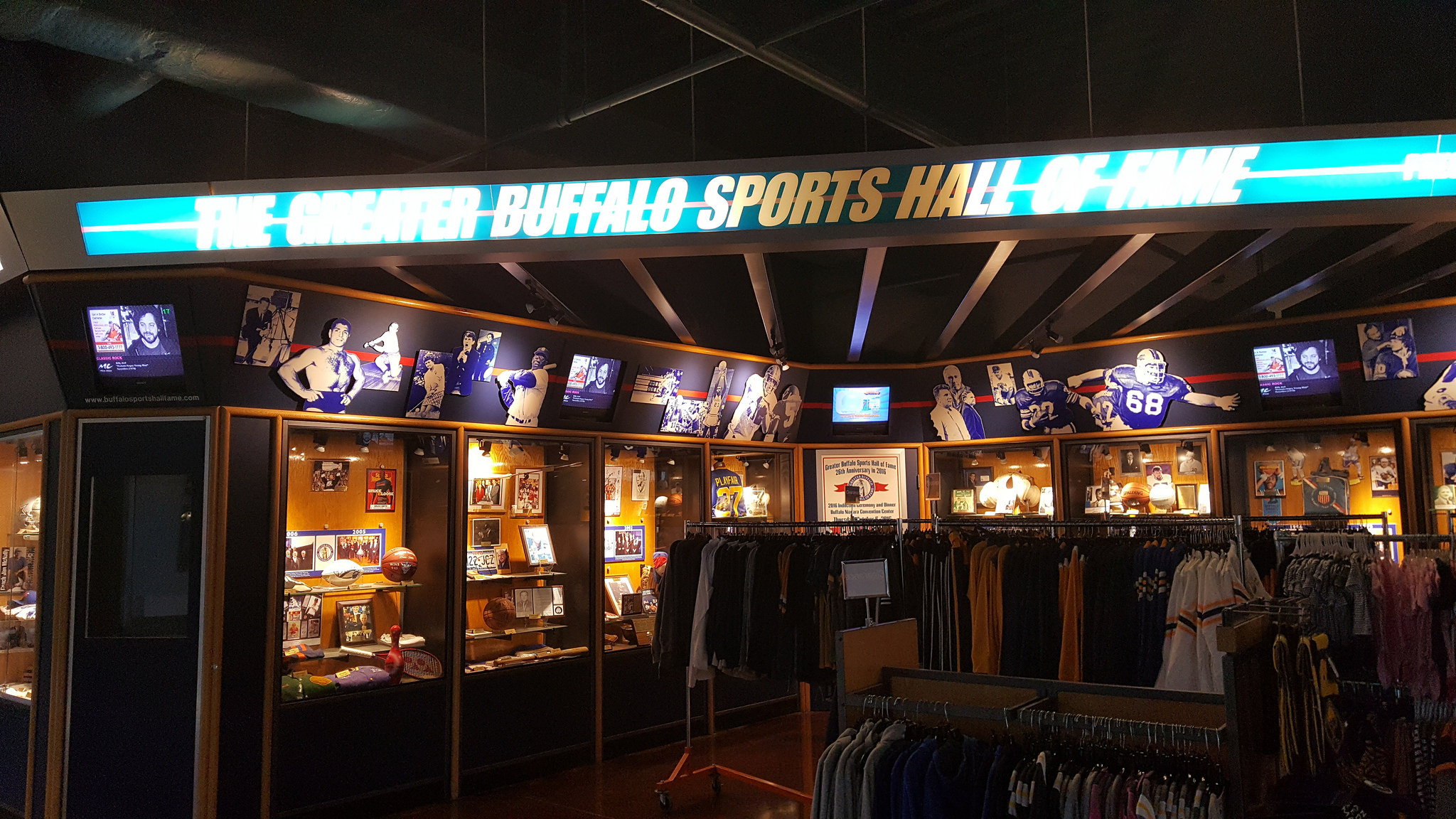 The HarborCenter complex is adjacent to KeyBank Center and is a great place to shop and eat before the game. It even features a flagship Tim Horton’s that showcases the history of Tim Horton and the Sabres meaning you can’t go wrong grabbing a donut before the game. 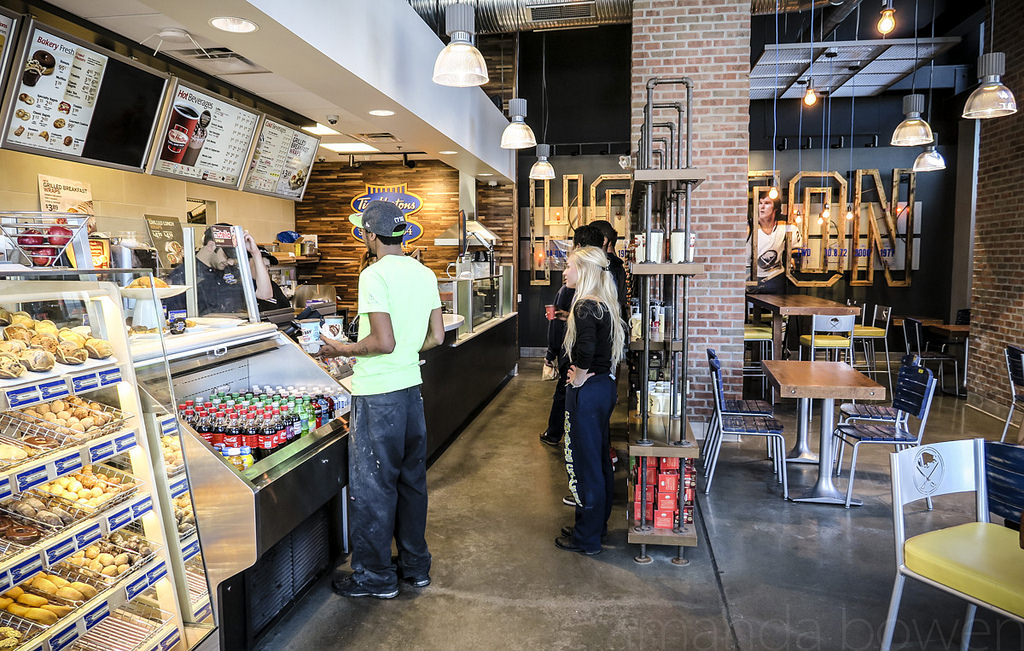 Hanging from the rafters of KeyBank Center you can find the retired numbers of past Sabres greats including Hasek, Horton, The French Connection, LaFontaine, and Gare. Take a peek at these retired numbers to remember all of your favorite Sabres of the past when taking in a game. 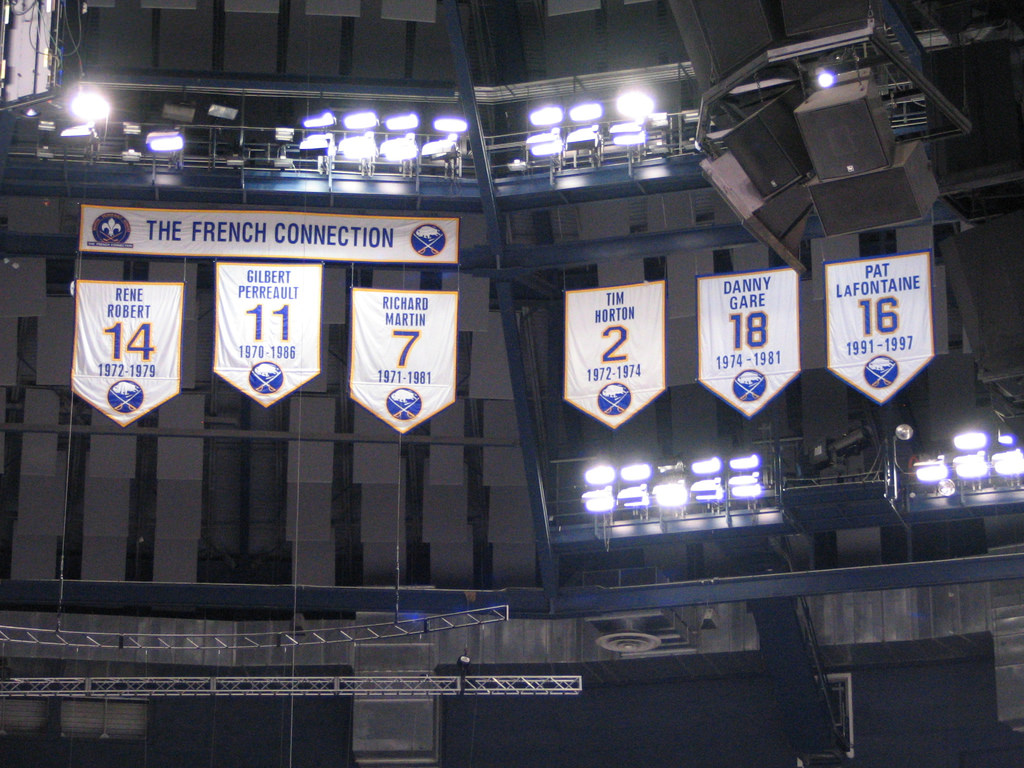 All throughout the concourse are murals of the best players and moments in Sabres history. Keep your eyes peeled for these murals when you go and grab something to eat or drink. 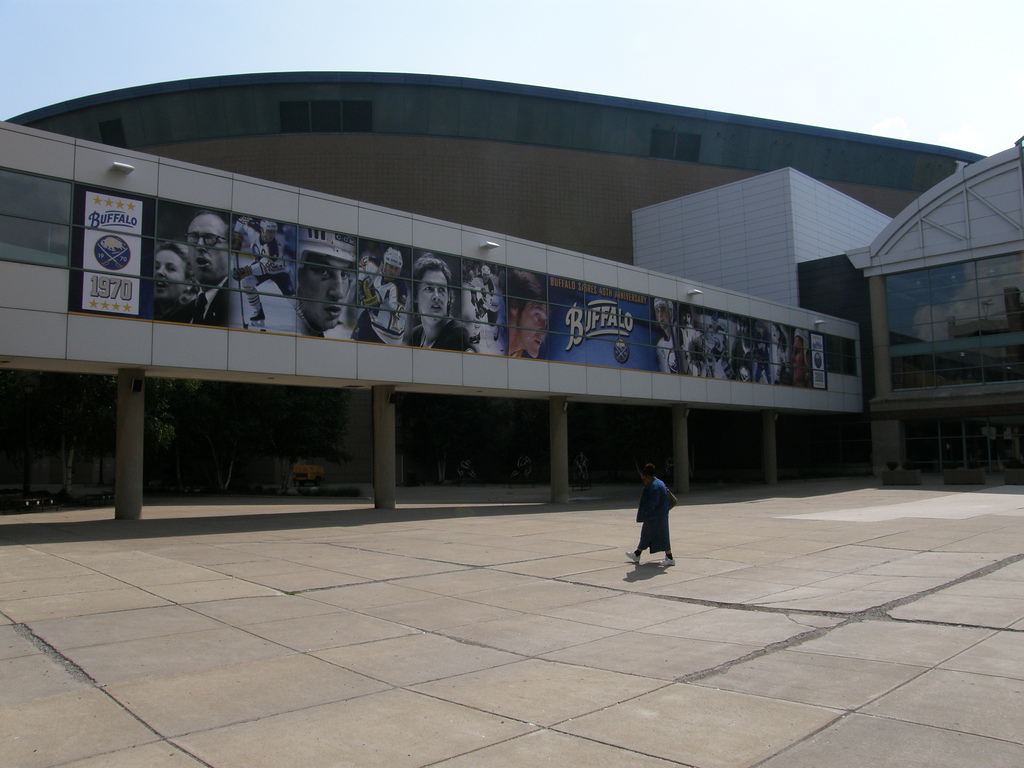 This full bar is the perfect place to grab a drink before or during the game. The Labatt Blue Zone opens two hours before the puck drops and offers an incredible view of downtown Buffalo making it well worth a visit. 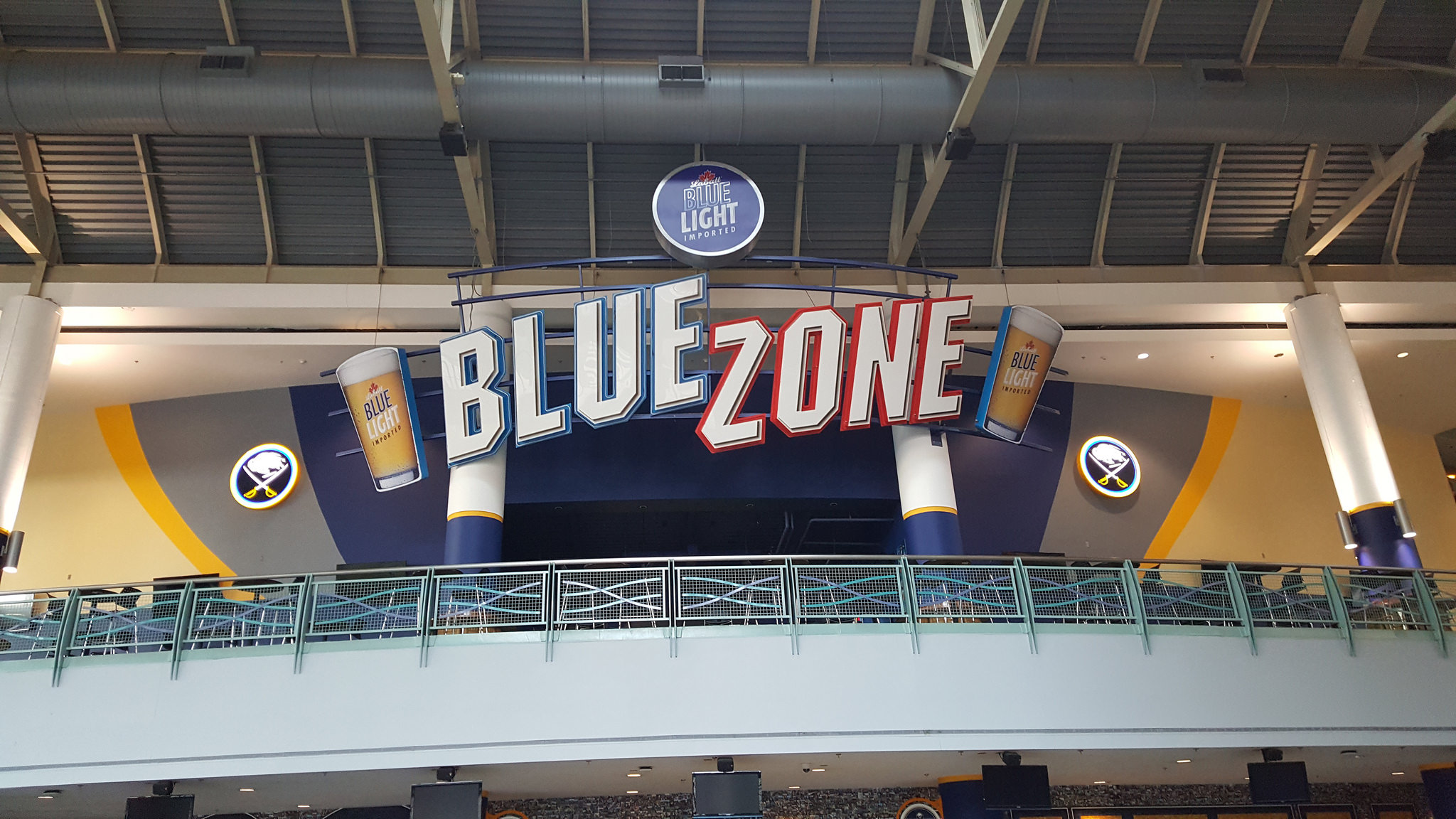 Sabretooth is the official mascot of the Buffalo Sabres and can be seen at every Sabres game entertaining the crowd. He brings a smile to everyone in the crowd’s face, and you can’t help but laugh when you see Sabretooth and his goofy antics. 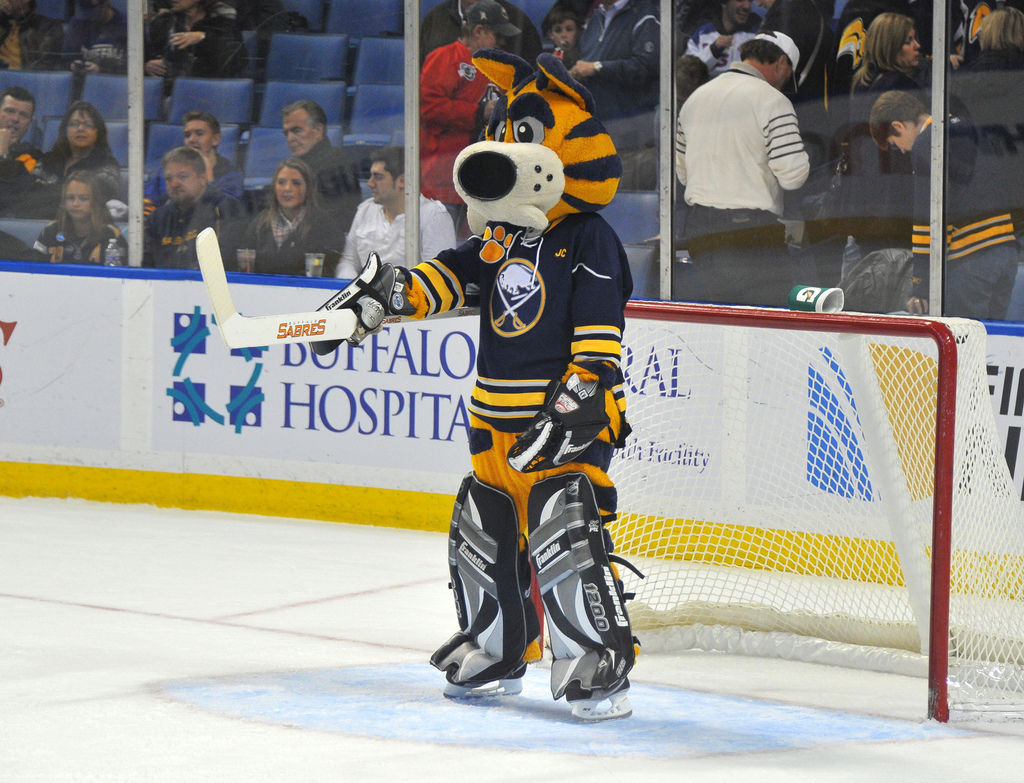 If you want to pick up a souvenir to commemorate your trip to Buffalo then there is no better place to do so than the Sabres Store. At the Sabres Store, you’ll find any Sabres merchandise you could ever dream of so stop by even if it’s just to browse. 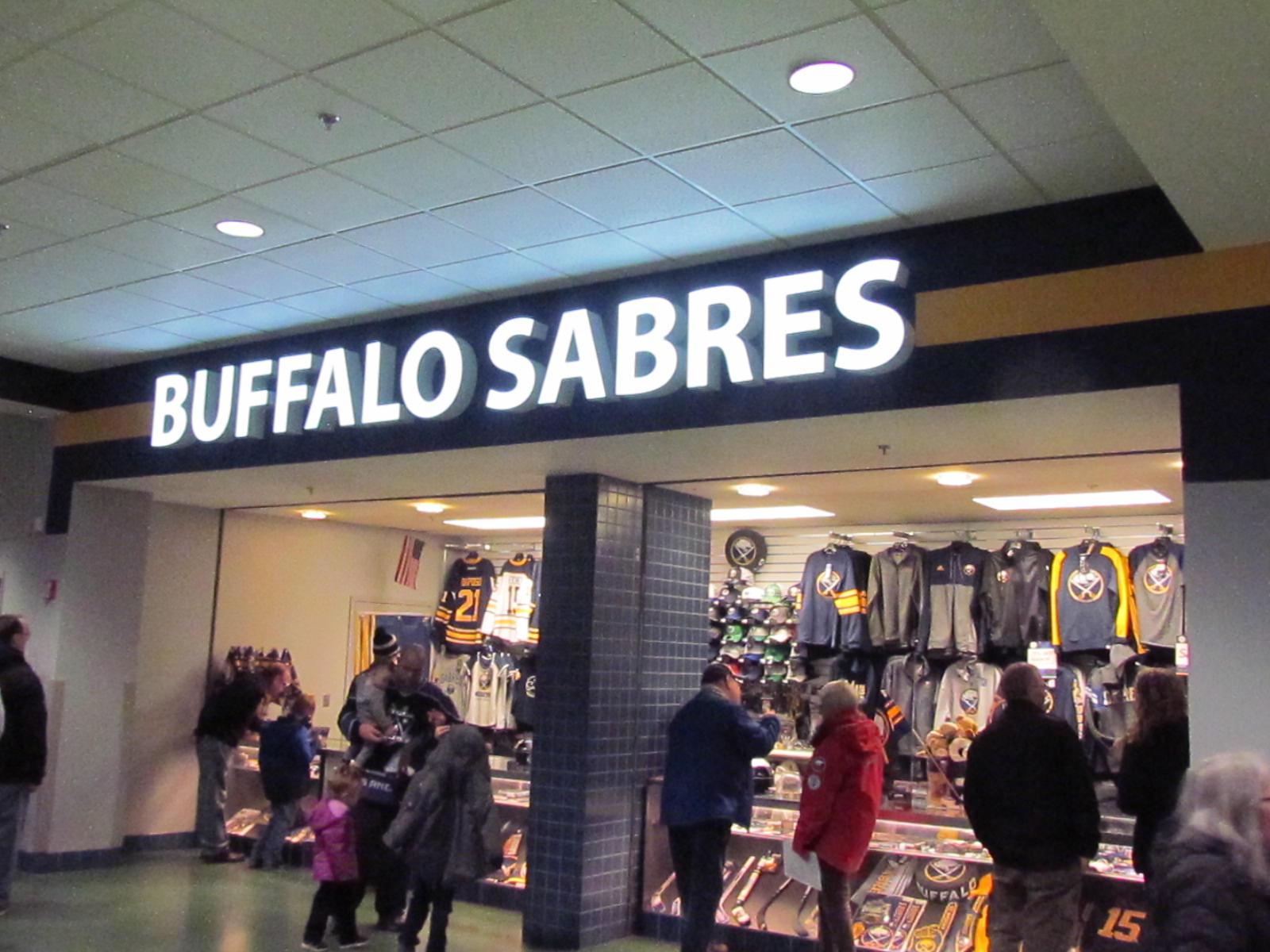 This Sabres and Bills gameday app allows you manage your tickets, gives you traffic and parking info, and can even be used to purchase merchandise. The app also gives you credit for how often you interact with the team, so make sure to download the app and get credit for attending the game. 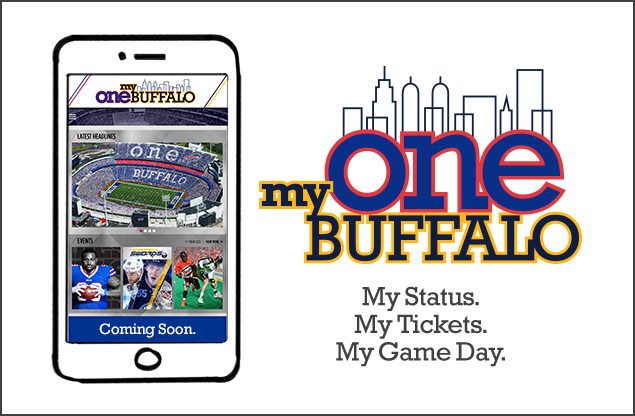 If you’ve got suite or club seats and want to experience fine dining inside KeyBank Center then the Lexus Club is the spot for you. The club features an outstanding view of the harbor and downtown Buffalo and can accommodate up to 500 guests, so make your reservation today. 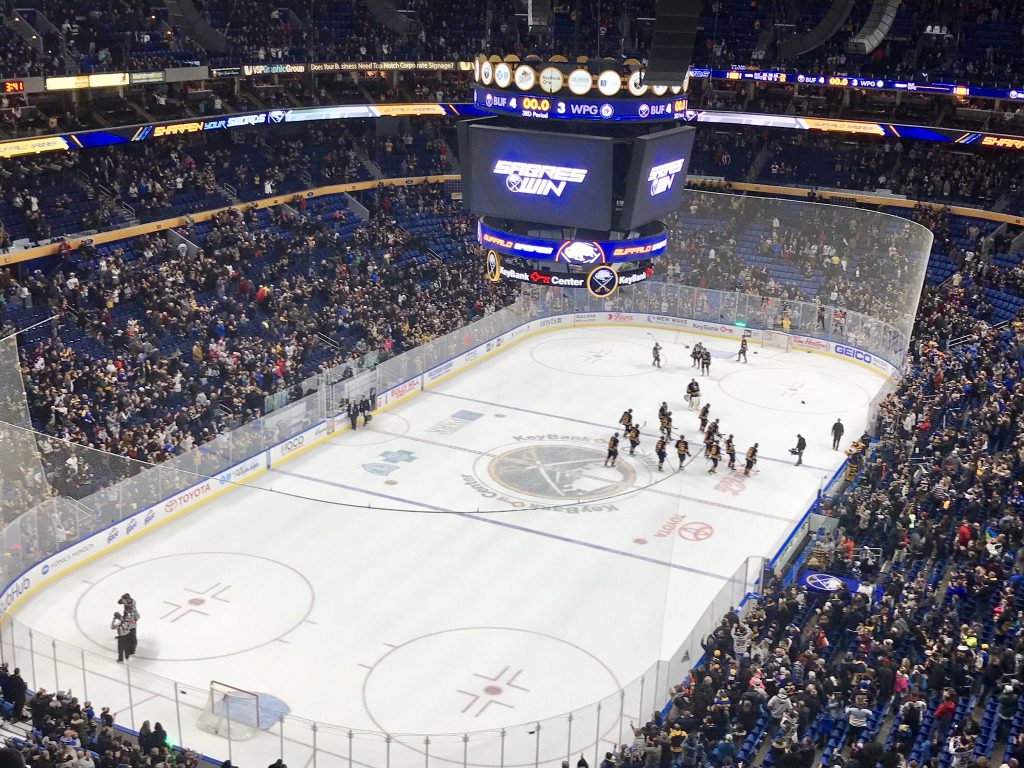