Home of the Chicago Bears

The Colonnades are the most distinctive feature of Soldier Field and a must see when attending a Chicago Bears game. They also offer you a magnificent view of the city of Chicago and Lake Michigan. Along the south end of the upper promenade, fans can view the Medal of Honor display, which features recipients of the highest award for valor in action. No trip to Soldier Field is complete without snapping a pic with these iconic columns, so make sure you get the chance to visit them before watching the Bears take down the opposition. 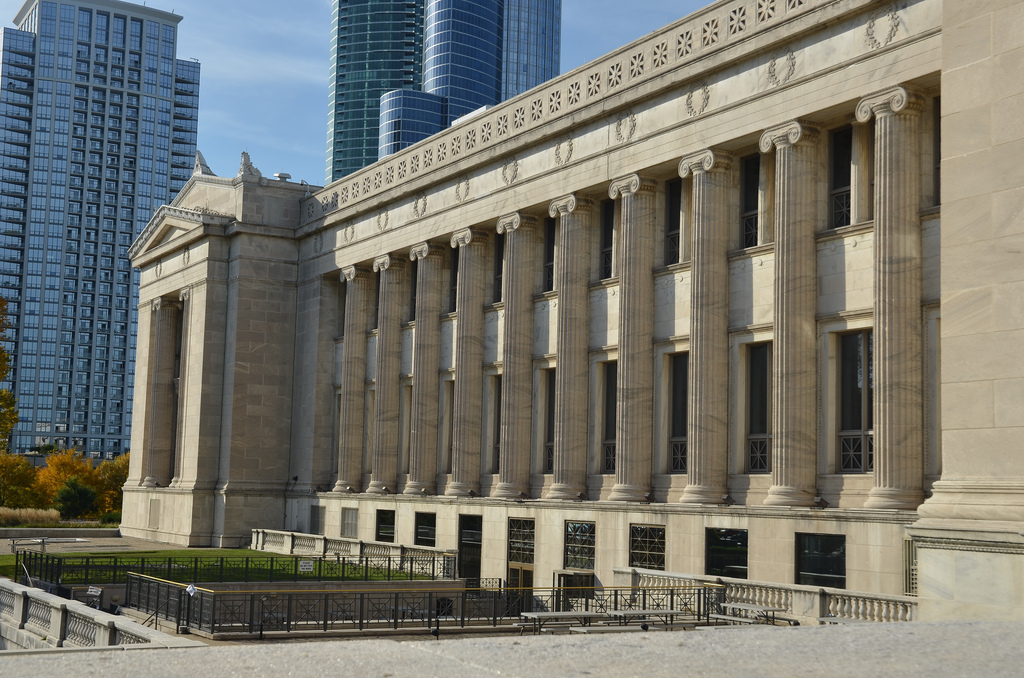 “Bear Down, Chicago Bears” is the team’s fight song that can be heard after every Bears scoring play. The memorable song was first written in 1941 during the beginning stages of the “Monsters of the Midway” era. Other teams around the NFL have tried to duplicate this tradition by having their fight songs, but none are quite as loud or significant as this one. 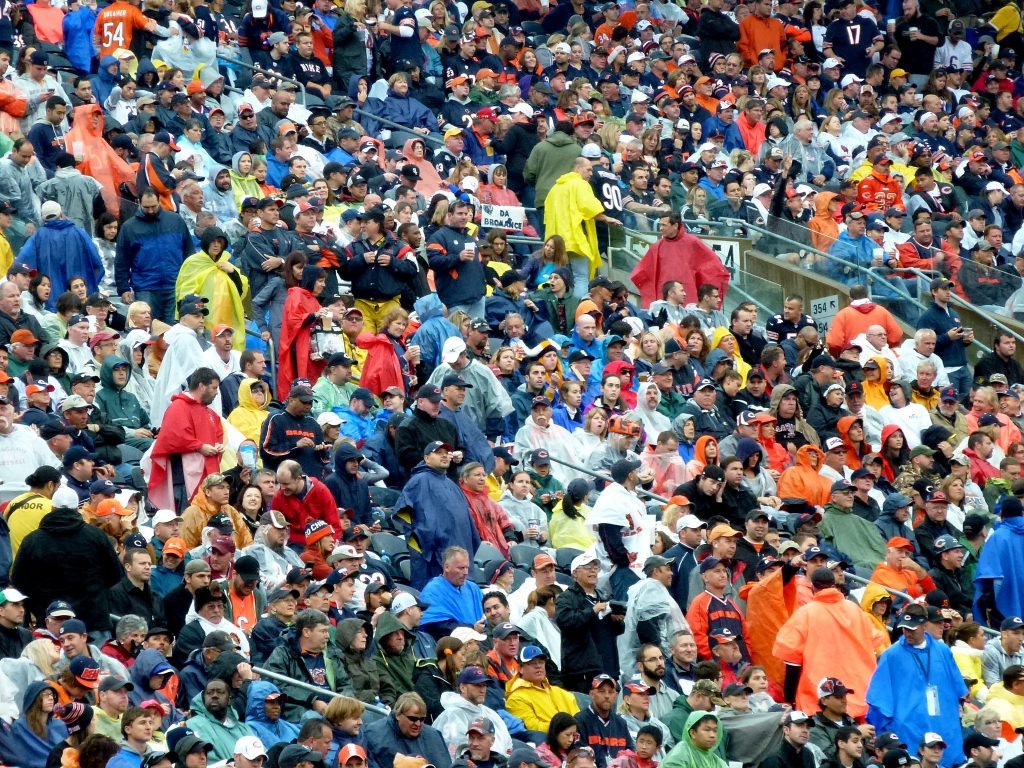 The 250-foot long granite wall features a continuous stream of water that flows over eight medallions and seals honoring the different branches of the armed services. The water wall is located on the north side of the stadium and provides fans with a dramatic entrance into Soldier Field. 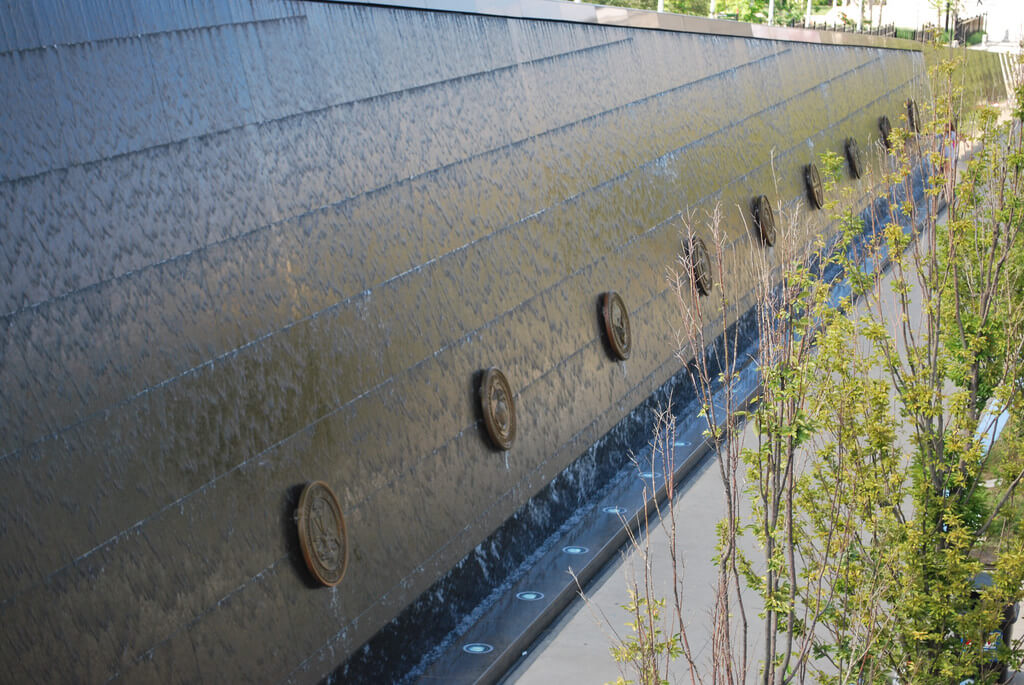 The South Lot and Waldron Deck are home to some of the most die-hard Bears fans out there. The parking passes for these lots have been passed down from generation to generation creating a nice community vibe that you may not find in some of the other parking lots. Those of you who are looking to experience the best tailgating that Chicago has to offer need to look no further than the South Lot and Waldron Deck. 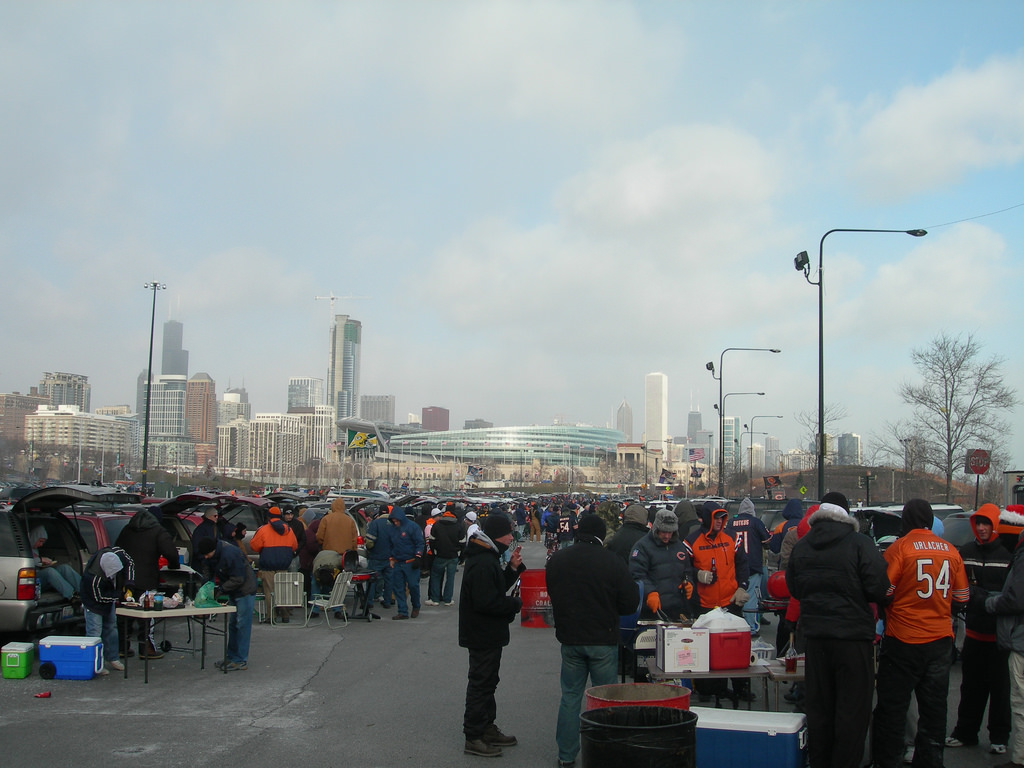 If you enter at Gate O, you’ll be greeted by the life-size bronze Doughboy Statue. The term “Doughboys” was used for the World War I infantryman and is yet another significant tribute to the men and women of our country’s armed forces. Also, located along the inside wall surrounding the doughboy are panels with falling leaves, which specifically pay homage to all the soldiers who have lost their lives in battle. 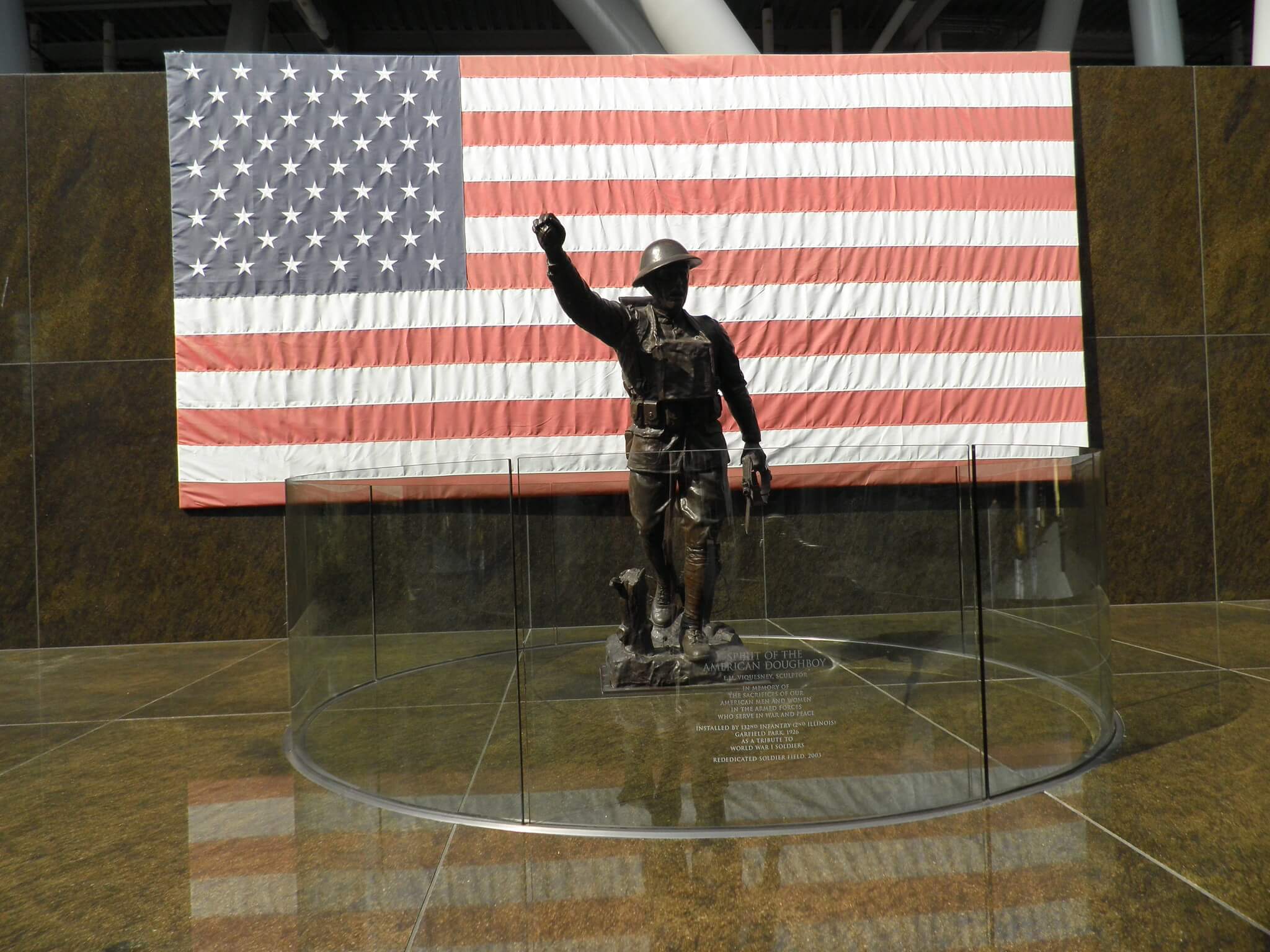 A series of blue and orange panels recognizing Bears Hall of Famers wrap around the Mezzanine Level of the stadium. The Ring of Honor celebrates the standout players by offering a visual representation for fans to see. The Bears have the most Hall of Famers out of any other NFL team, and they are well represented by the venue’s Ring of Honor. 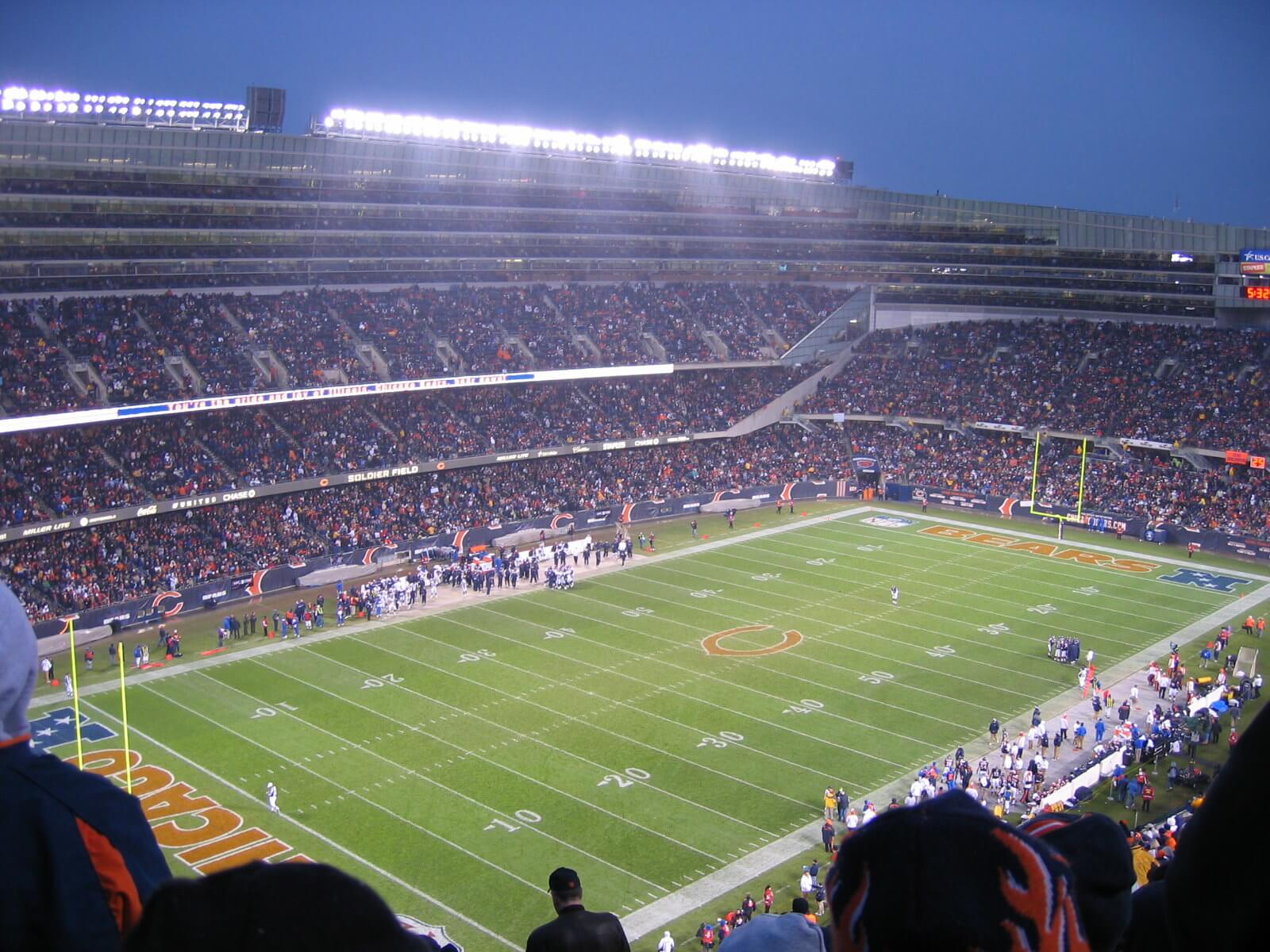 The Comcast Bears Den highlights the storied history of the Chicago Bears and is a must see for Bears fans and NFL fans everywhere. The interactive area contains vibrant artwork showcasing the Bears history throughout the decades. 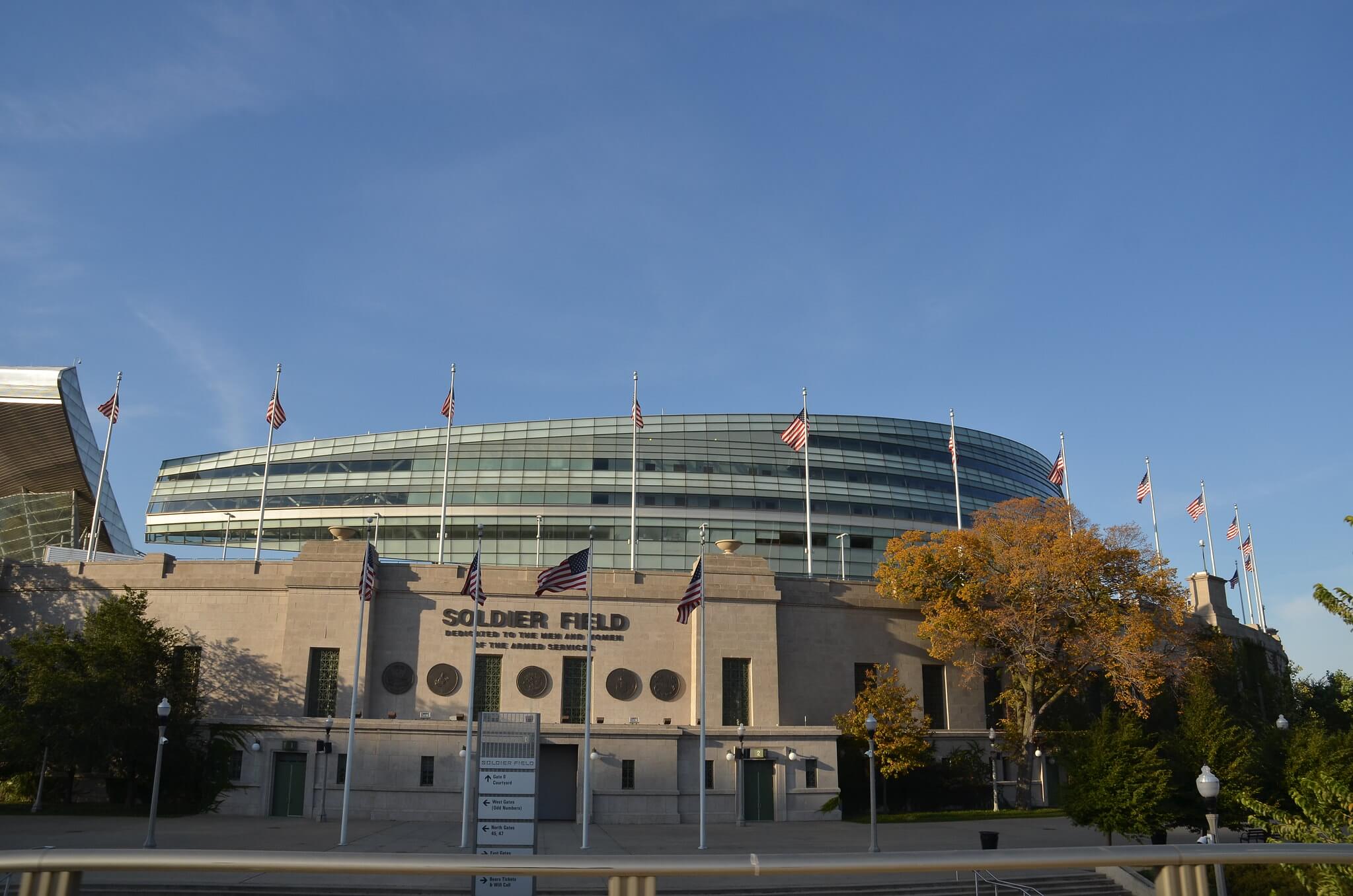 If you’re not looking to drink then, the Parkland is a great place to spend a Sunday morning in the fall, before watching the Bears kick some ass on the field. Even with the absence of alcohol you can still have a great time enjoying a picnic and playing tailgating games here making it the perfect tailgate destination for families with young kids. 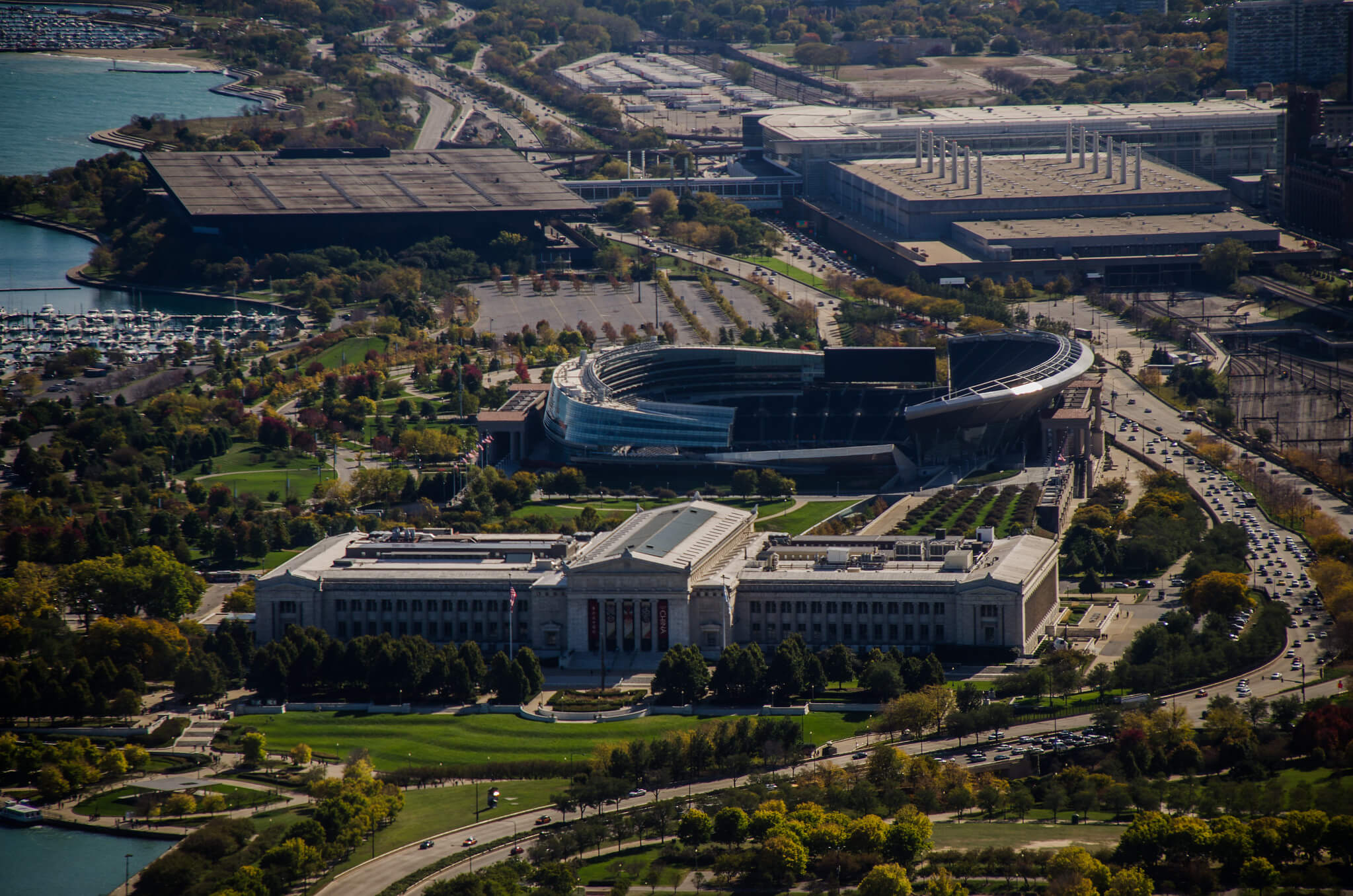 Known as the most historical and compelling rivalry in the NFL, matchups between the Bears and the Packers guarantee physical play. It is the league’s longest continual rivalry, and the victories are split almost evenly between each team, so you can expect players to duke it out in zealous fashion. Fans might egg each other on, but at the end of the day one team advances further, and the other team gets a better draft pick when all is said and done. There isn’t a better time to take in a game at Soldier Field then when the hated Green Bay Packers are in town, so if you can only make it to one game make sure it’s a Bears-Packers game. 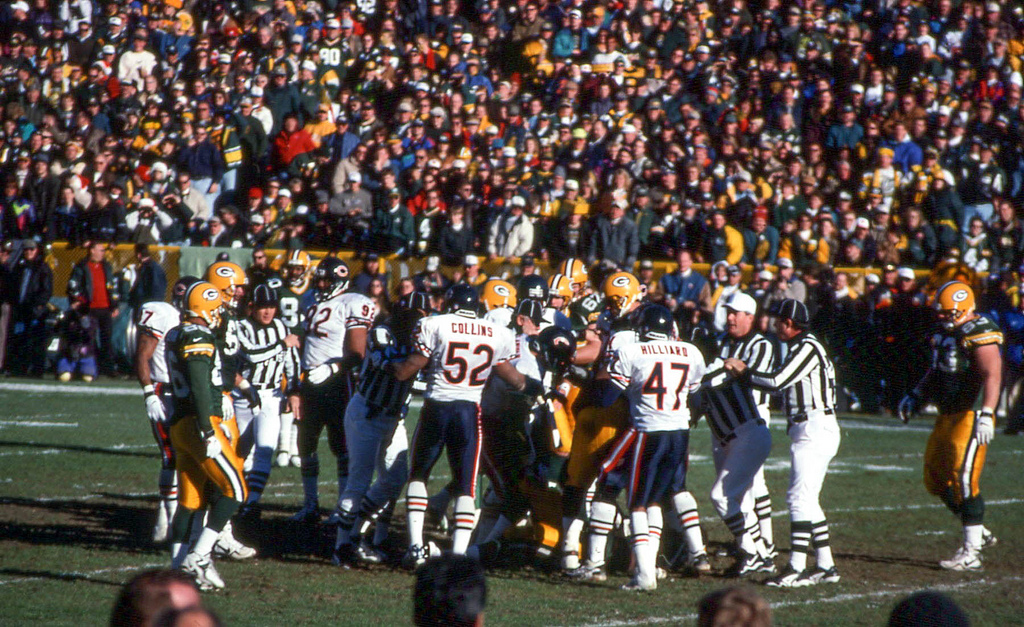