Home of the Cincinnati Bengals

Who dey, who dey, who dey think gonna beat dem Bengals? Nobody! Expect to hear this chant a lot throughout a Bengals game as the fans inside Paul Brown Stadium are loudest and most passionate fans in all of the NFL. Bengals fans have been through a lot over the years. However, that hasn’t stopped them from continuing to come out and support their team every Sunday.

Paul Brown Stadium is a state of the art stadium that offers many amenities and doesn’t have a bad seat in the house. Whether sitting in the lower bowl or upper deck, it doesn’t matter as Paul Brown Stadium has incredible sightlines. The steep upper deck at Paul Brown Stadium means that everyone is close to the action, which helps makes the crowd particularly loud and intimidating to opposing players and coaches.

Paul Brown Stadium’s location along the riverfront also helps make a Bengals game one of the best game-day experiences in all of the NFL. Not only is the area beautiful and offer a great view of downtown, but it also means that fans can arrive at the game via riverboat. Fans can catch the boat in Newport and be taken by water taxi to the game for only $5. The Queen City Riverboat begins boarding two hours before kickoff and serves beer and food from Hooters, so be sure to make this part of your Bengals game day. 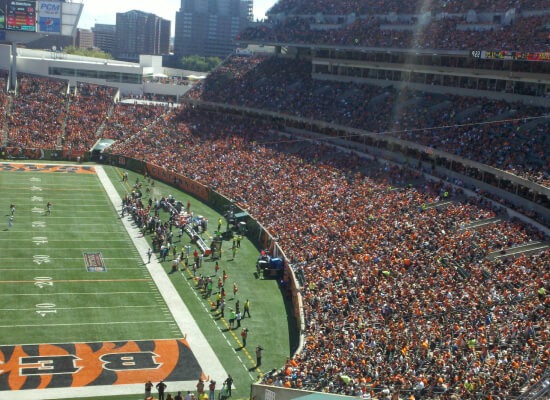 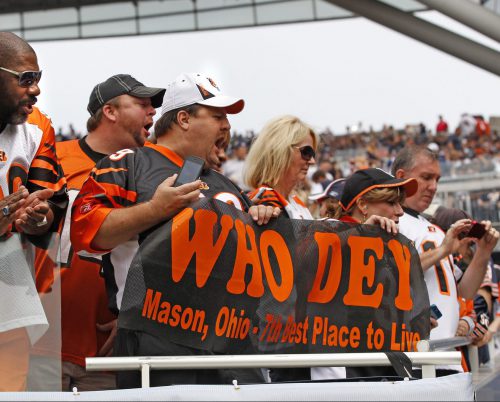 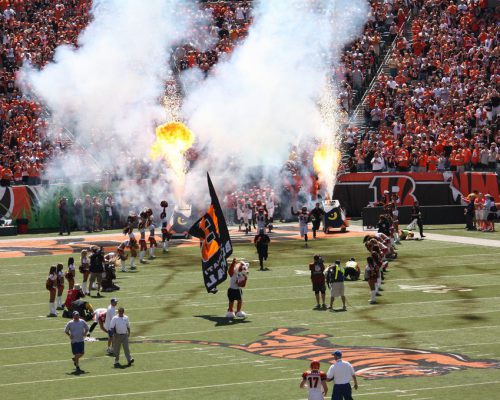 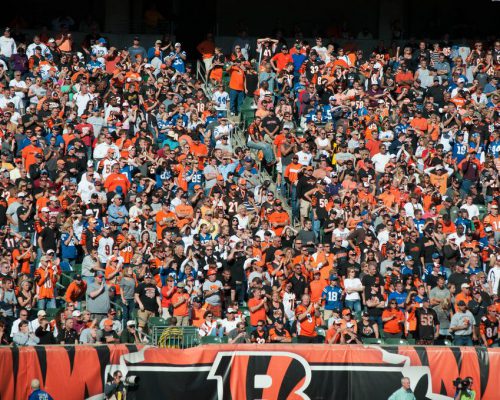 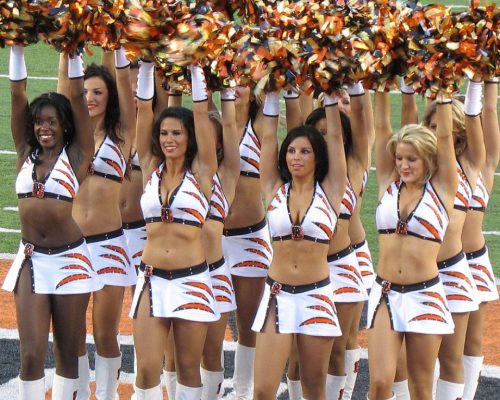 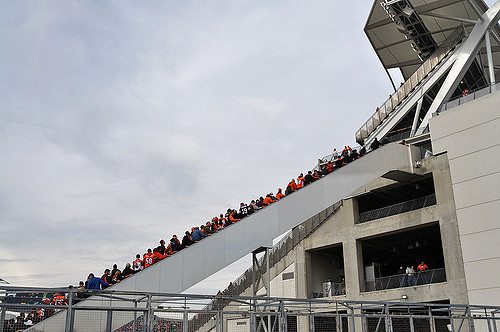 The giant escalator that transports fans to the upper deck is massively making it a one of a kind structure unique to Paul Brown Stadium. 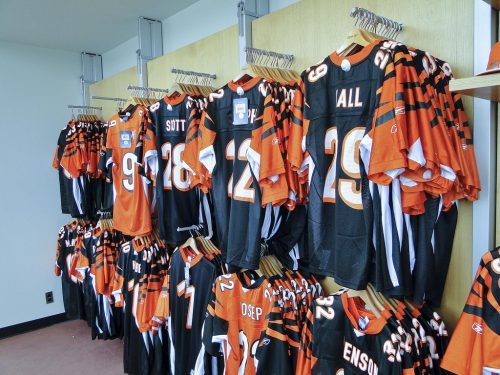 If you’re looking to snag some Bengals gear then look no further than the Bengals Pro Shop on the Plaza level of Paul Brown Stadium. Here you’ll find a wide variety of Bengals gear that’ll show off your Cincinnati pride. 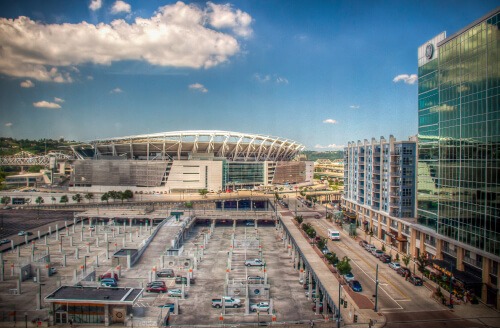 If sitting in the upper deck on the southeast side of the stadium make sure to snap a picture of downtown Cincinnati. 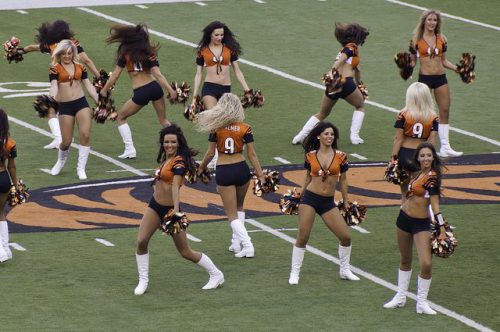 The Ben-Gals are the official cheer team and have been providing in-game entertainment for the team since 1968. Look for the Ben-Gals to get everyone pumped to cheer on the Bengals to victory. 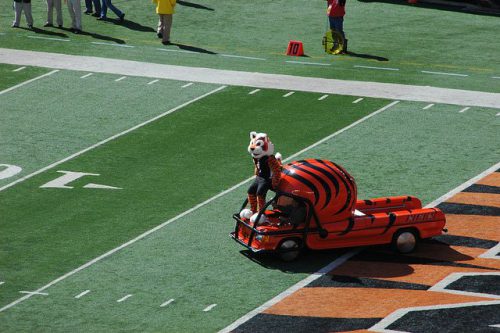 Who Dey is a Bengal tiger and the official mascot of the Cincinnati Bengals. Who Dey provides entertainment to the fans during the game and is a beloved by young Bengal fans, so look out for Who Dey at your next Bengals game.