Home of the Cleveland Browns

The section of the stadium located behind the east end zone in FirstEnergy Stadium is known for the extremely passionate Browns fans that inhabit theses seats. If you’re lucky enough to snag seats in the Dawg Pound, you will surely get the best Browns game experience. Things in the Dawg Pound can get pretty rowdy, so make sure you’re ready for anything. 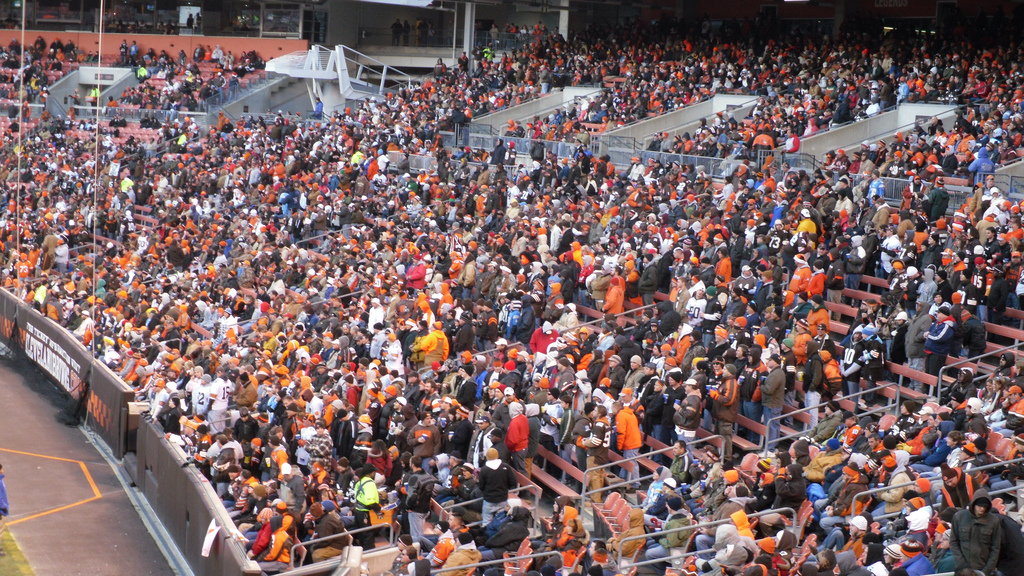 The Browns live mascot is a bullmastiff adopted by the team in 2014. Swagger leads the team out of the tunnel before every home game, and although it is a new tradition, it has become a pretty big spectacle for Browns fans. 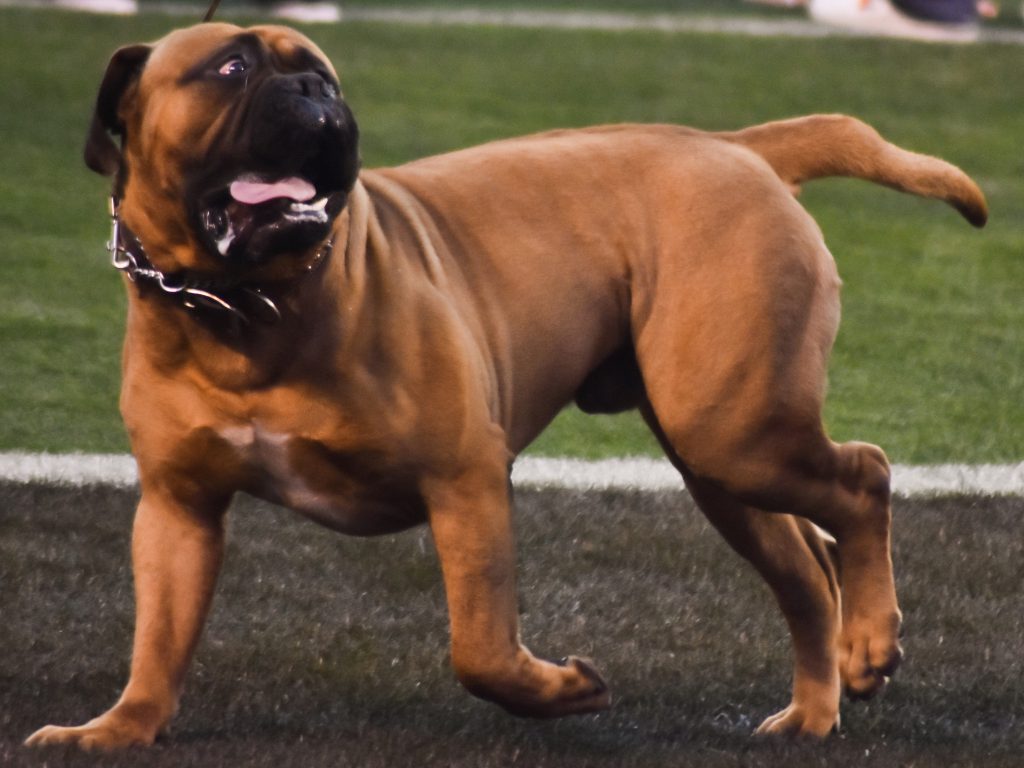 Located on the corner of Shoreway and E. 9th Street, this lot is where you will find all of the lifelong Brownies tailgaters and is considered party central for Browns fans. You’ll find tons of beer and food at what is considered the hub of Browns tailgating. Make sure to arrive early to reserve your spot at “The Muny” and by early I mean early like the night before the game. Whether you’re a first-time visitor to FirstEnergy Stadium or a lifelong Browns fan “The Muny” is the place to be on gameday. Tip – (Drink Responsibly, police have been cracking down on public intoxications.)

If party central (“The Muny”) is not your speed check out the Port Authority lot or “The Pit,” which is is a more laid back and family-friendly tailgate scene. Make sure to plan in advance when heading to the lot because the parking lot entrance is located directly across from the stadium. This lot is also one of the cheapest lots in the area, so it’s a great spot if you’re looking to save some cash as well. 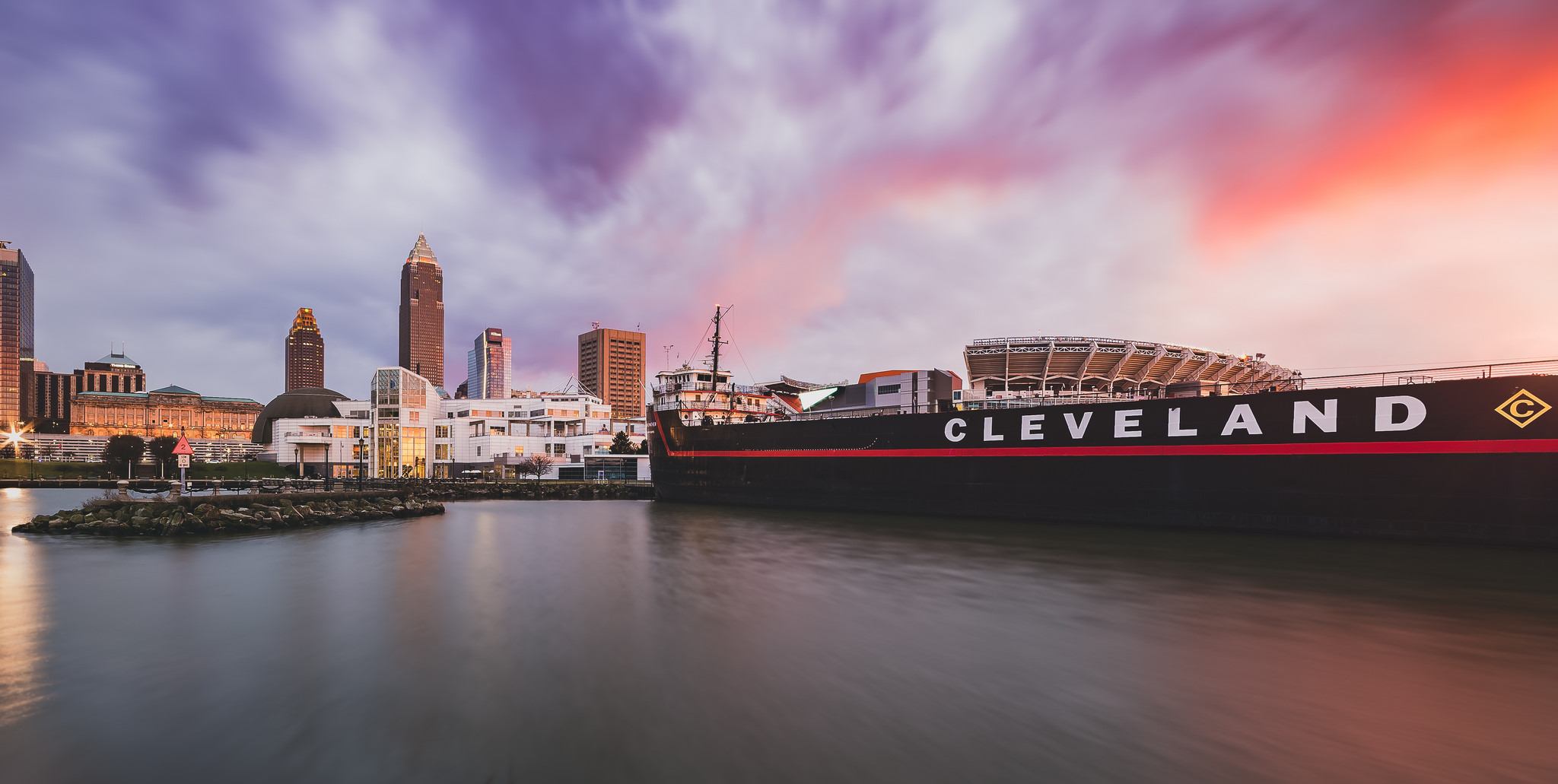 The Browns-Steelers Rivalry is the oldest rivalry in the AFC. With 126 meetings and counting, there has been a lot of bad blood between these two foes since their first meeting during the 1959 season. This rivalry is often referred to as the Turnpike Rivalry due to the major driving route between the cities (Pennsylvania and Ohio Turnpikes). The rivalry is primarily fueled by the proximity of the cities with the drive taking only 2 hours making it relatively easy for road fans of either team to attend the game. The All-Time Series stands at Pittsburgh 68 wins to Cleveland’s 58 Wins. If you have a chance to catch the Turnpike Rivalry we promise you, it will not be disappointed. 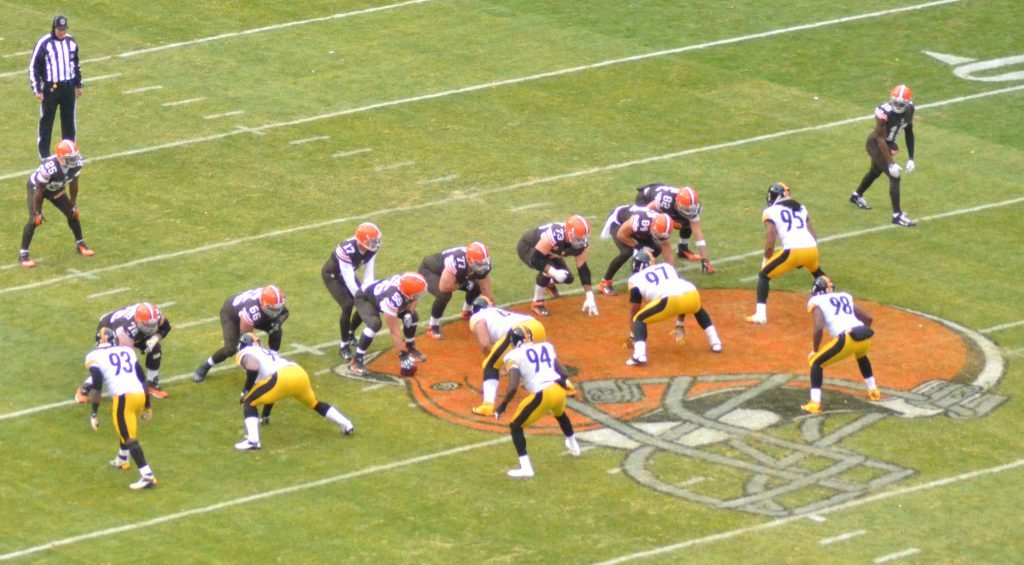 The Browns pay homage to franchise legends with the engraving of their names on the second level of FirstEnergy stadiums walls. The shrines of all time Browns greats include Jim Brown, Otto Graham, Paul Brown and much more make up the Ring of Honor. 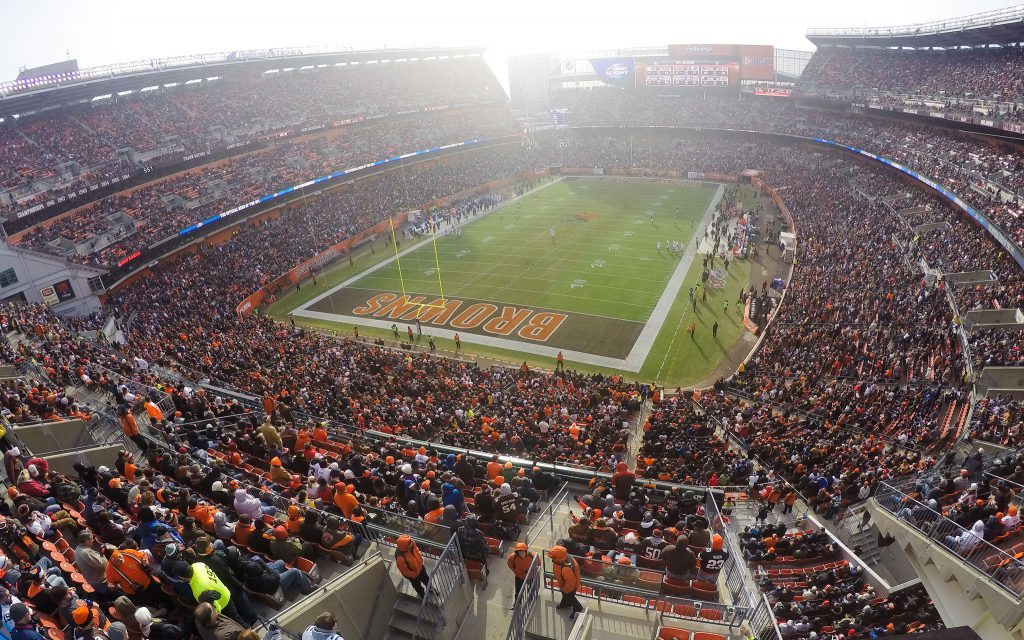 Located at 834 Huron Rd., The Clevelander stands as the oldest game day bar in all of Cleveland. Expect it to be filled to the brim with excited Browns fans on game days making it a great place to get into the game day spirit. Drink prices are reasonable, and the location is just a few block from the stadium via East 9th. 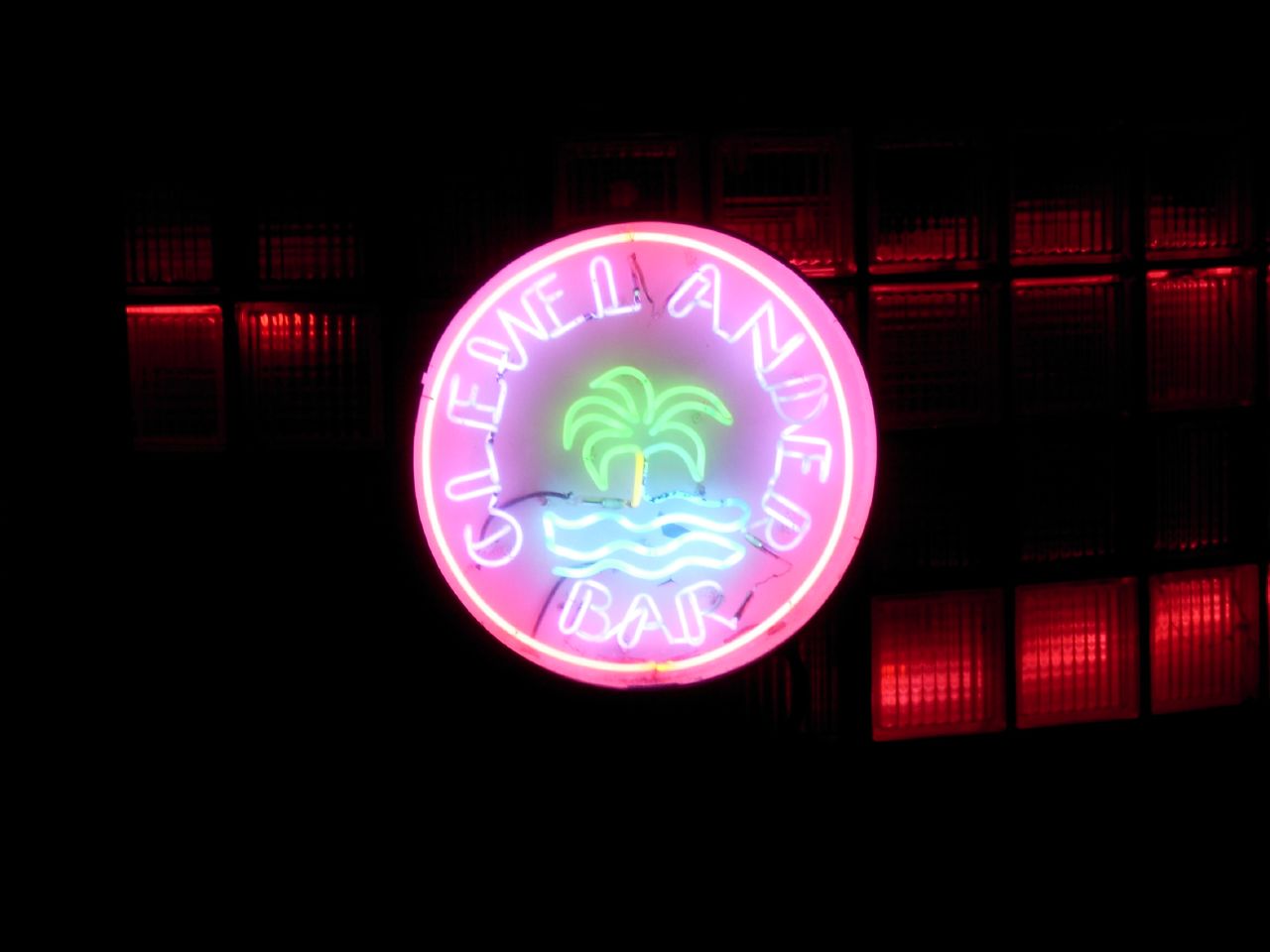 Browns fans get especially loud during the playing of their theme song Hang on Sloopy. Learn the lyrics to the song and come prepared to belt out this tune, which is famous all over Ohio. You’ll also want to be ready to spell out O-H-I-O frequently, as Browns fans are very proud of their Ohio roots

The $150 Million Phase 2 renovation to FirstEnergy Stadium added new concessions that opened in 2015. You’ll find something for everyone inside of FirstEnergy Stadium including Jonathon Sawyer’s Sausage & Peppers and C-Town Eats, which provides amazing Italian options. The best part of the renovations is the new Cleveland Cocktail Co. Bar that has been added on the 100 level of the stadium where you can find locally brewed craft beers for some of the lowest prices in any NFL Stadium. 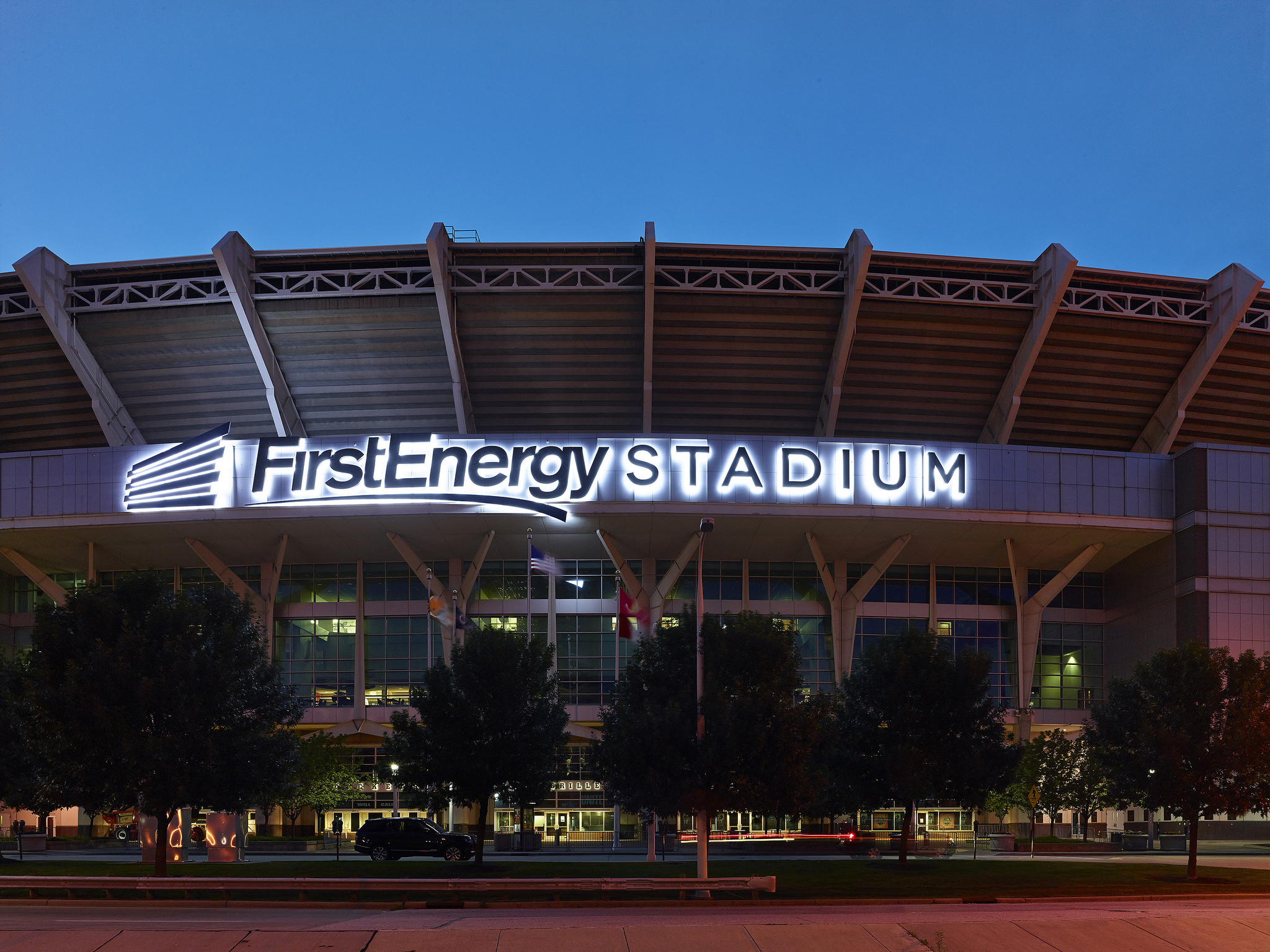 Browns fans have lots of animosity toward the Ravens franchise due to the original Cleveland Browns controversial relocation to Baltimore in 1996. At the start of the 1996 NFL season, the Browns owner Art Modell decided to move the team from their long-time home in Cleveland, Ohio. This move tore the hearts out of many diehard Browns fans leaving a bad taste in the cities mouth. To this day Browns fans still hold a grudge against the Ravens organization. When attending this matchup, you’ll see plenty of tee shirts reading “Muck Fodell” referring to the hatred for previous Browns owner Art Modell. 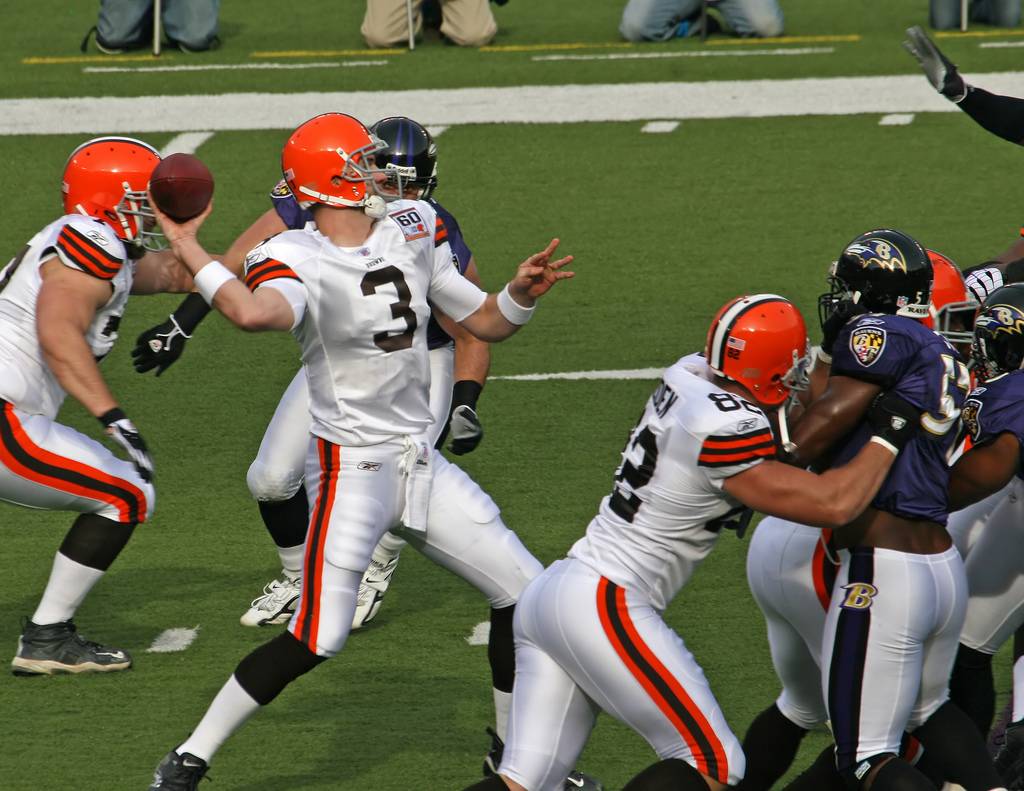