Home of the EMU Eagles

One of the best things about attending an Eastern Michigan game is the excellent value that you’ll get for your money, as the tickets to an EMU game will run between $10-20. You’ll be able to secure a seat close to the action as well providing you with an excellent college football viewing experience. If you’re looking to get close to the action at a Division 1 football game in the state of Michigan, then this is the place to do so.

In recent years the program has put a lot of work into creating the best game day atmosphere possible, which has led them to rebrand Rynearson Stadium “The Factory.” The hope here is to use Michigan’s industrial history to create a unique game day atmosphere that will appeal to fans throughout the region. The school has even gone as far as to install gray turf to give the stadium a more rugged industrial feel.

While Eastern Michigan may be a small school with a somewhat lacking attendance, the fans that do show up are not only very passionate and knowledgeable about their team, but they are also some of the friendliest fans you’ll find anywhere in the country. The fans love talking to opposing fans about their team, so don’t be afraid to engage in friendly conversation with Eagles fans. Eastern Michigan may be a small school by FBS standards, but the hearts of the fans are some of the largest around. 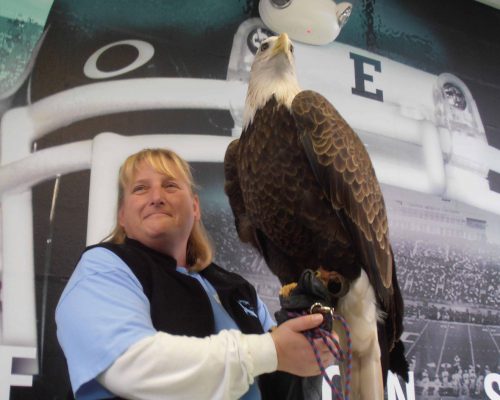 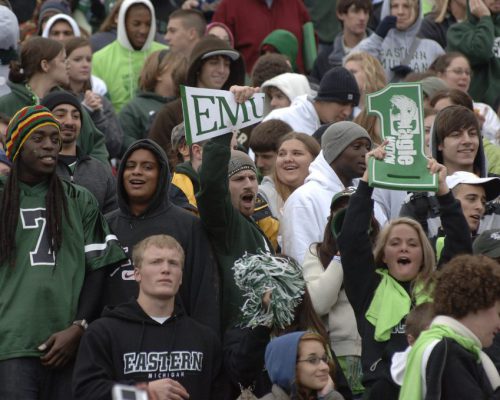 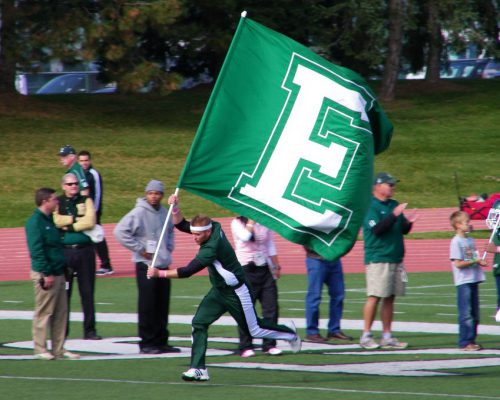 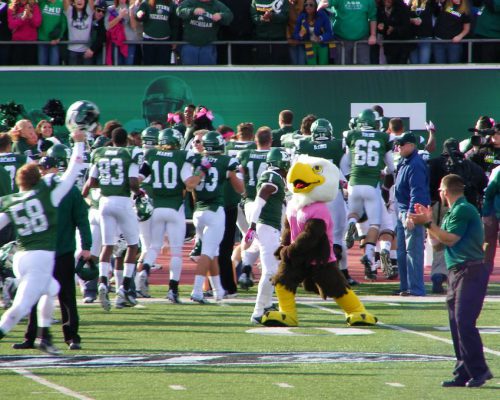 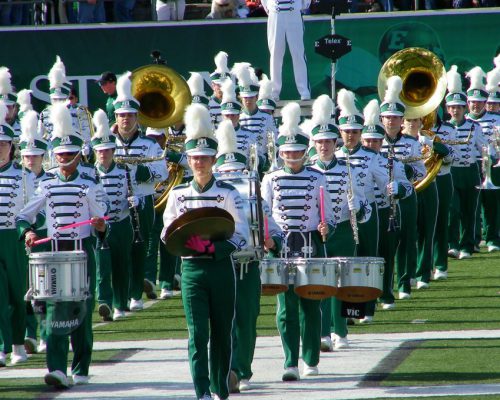 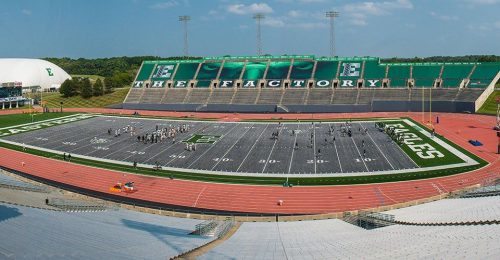 One of the most unique features as EMU is the field itself. The grass is no longer green it’s turned gray. Don’t worry there isn’t some horrible lawn disease; the turf was dyed gray to create something entirely new in football. EMU is the first stadium to install gray turf giving the stadium a unique feel you won’t find anywhere else.

Pride of the Peninsula Band

The Pride of the Peninsula is the name bestowed upon the EMU marching band, which makes their presence known on game day. Their excellent pregame and halftime performances energize the crowd and entertain the fans of all ages, so keep your eyes and ears out for them throughout the game. 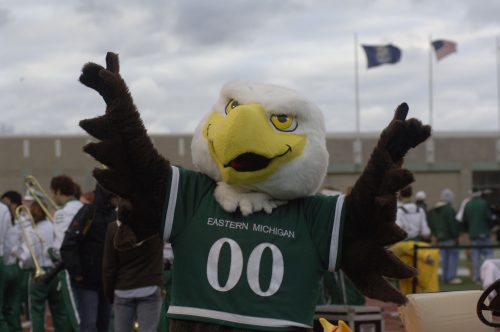 Swoop the bald eagle can be seen at every Eastern Michigan home football game. The mascot entertains the crowd on the sideline during the game by performing all sorts of antics, so keep your eyes peeled for this crazy bird during the game.