Home of the Georgia Southern Eagles

Gus the Eagle is a prominent part of the Georgia Southern game day experience. Not only can this mascot be seen on the sideline during the game he also can be spotted in the stands interacting with fans as well .Join Gus and the rest of the GSU fans in cheering on the Eagles this season.

The two Georgia-based Sun Belt schools have a fierce rivalry on the gridiron, and it’s no different when it comes to the hardwood. The rivalry was first played on the court in 1972 and has been a consistent fixture ever since making it one of the longest-running rivalries in the Sun Belt. There are a lot of bragging rights on the line when these two battle for the GSU moniker, so make sure to be in attendance when the Panthers come to Statesboro.

The Hoop Troop pep band pumps up the crowd with their tunes and is a vital part of any Georgia Southern basketball game. The band is among the best in the Sun Belt, so enjoy the atmosphere they create when attending a game at Hanner Fieldhouse.

The GSU cheerleaders help keep spirits high even when the Eagles are down with their cheers and routines. Join in the squad’s cheers to help give the Eagles as much of a home court advantage as possible.

Above the court are several banners that celebrate the Eagles NCAA Tournament appearances and conference championships. The banners are an excellent reminder of Georgia Southern’s past basketball success, so take a minute to view them when attending a game at Hanner Fieldhouse. 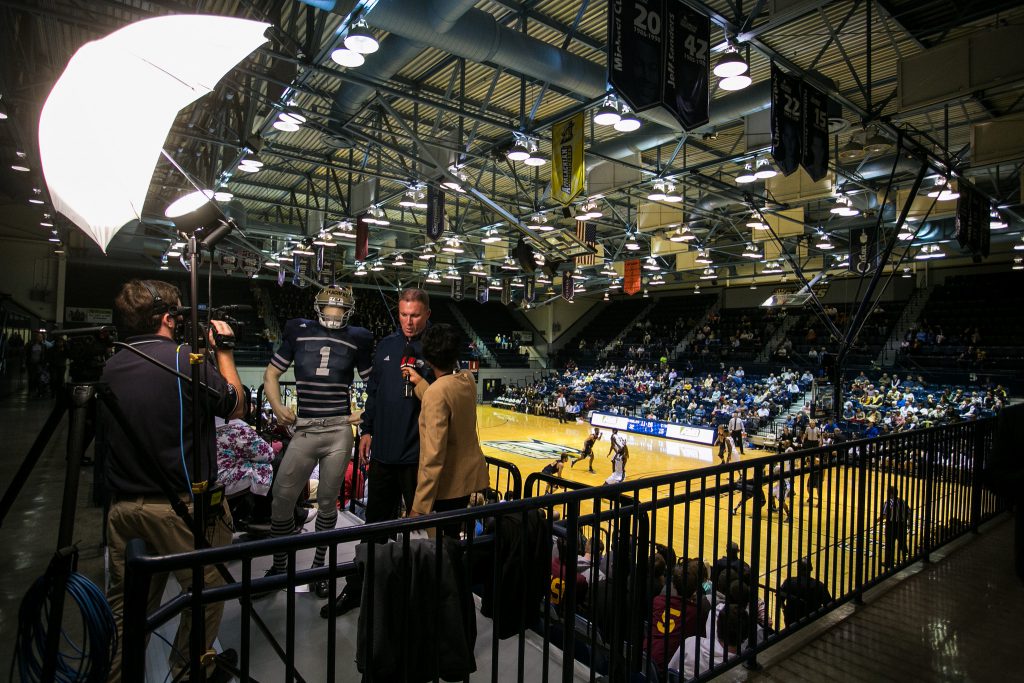 Just like at football games, the Georgia Southern student section is packed with the wildest and loudest fans in the stadium. The students here love their Eagles win or lose and no matter what the team’s record they go all out to make Hanner Fieldhouse a tough place for opponents to play.