Home of the Green Bay Packers

Lambeau Field, home of the Green Bay Packers, has achieved legendary status. It’s in the smallest city in all of the professional sports, yet every game has been sold out since 1960. Expect large crowds to show up and take over the city on game day. The Packers are always poised to win the North division, take the conference, and end it all after the super bowl, resulting in countless Hall of Fame players, retired jersey numbers, and one of the most diehard fan bases in the country. Crowds amass in support of their team and for tailgating, no matter how cold the weather gets. Brats and cheese curds in gazebos, or served on a truck bed, have become a regular staple outside the stadium. Many dedicated fans will bring their grill and keg. There is never a shortage of parking, it just depends on how far you want to walk. Not to worry suds drinkers, there are several stadium restrooms available from the parking lot.

Packer fans come out bright and early to tailgate with Winnebago villages forming as early as two days before the game. In Green Bay, the Packers are the center of daily life meaning you can’t start early enough to tailgate for a Packers game, as everywhere you go you’ll find people looking to down a few beers and talk Packers football.

The fans here are very friendly and welcoming in addition to being passionate about their team. While rival fans of the Bears and Vikings may experience some good-natured heckling, everything is done in good fun with their being very little malice from Packers fans for the most part. Don’t be afraid to join in on tailgates here as it’ll enable you to experience some of the finest local craft beers Green Bay has to offer as well as favorite local cuisine. Just make sure to bring something to share, and everyone will be very welcoming to you.

Tailgating before a Packers game is half the experience of making the pilgrimage to Lambeau Field, so come and set up show early to get the most out of your trip to Green Bay and don’t forget to bring plenty of beer and brats. 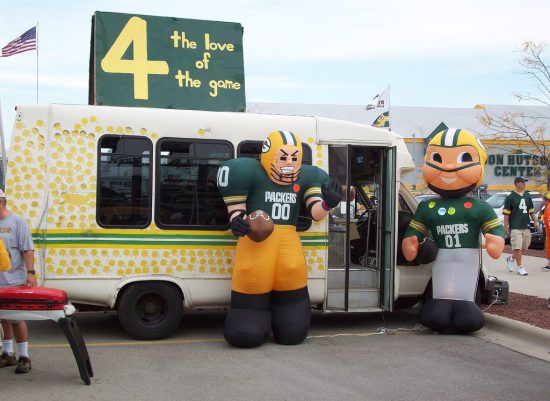 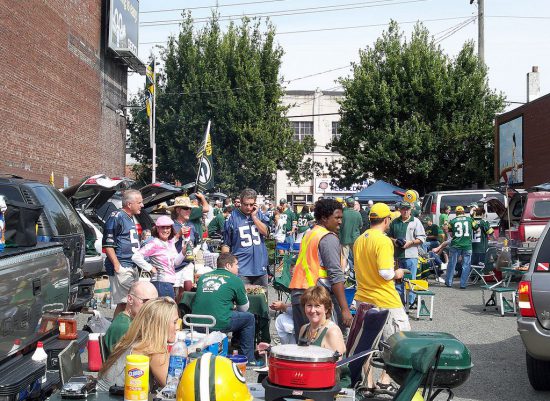 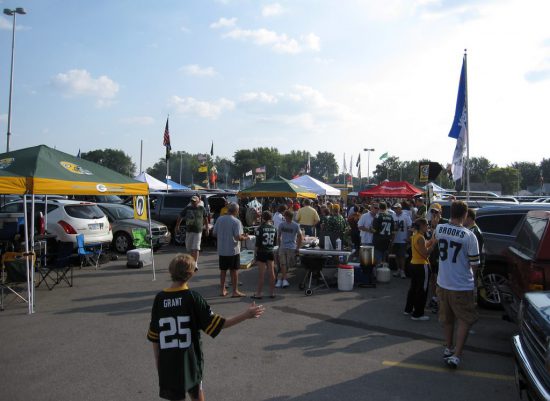 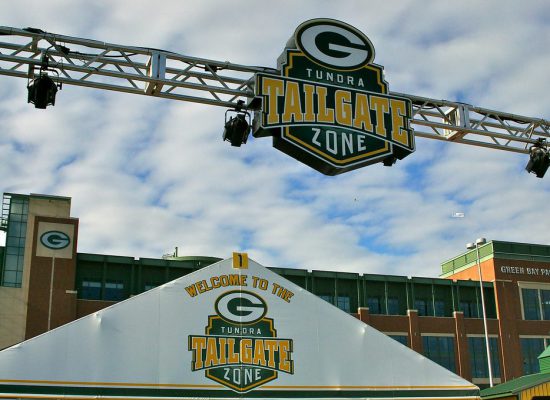 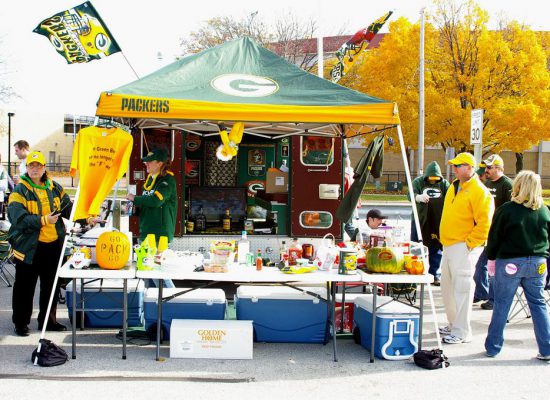 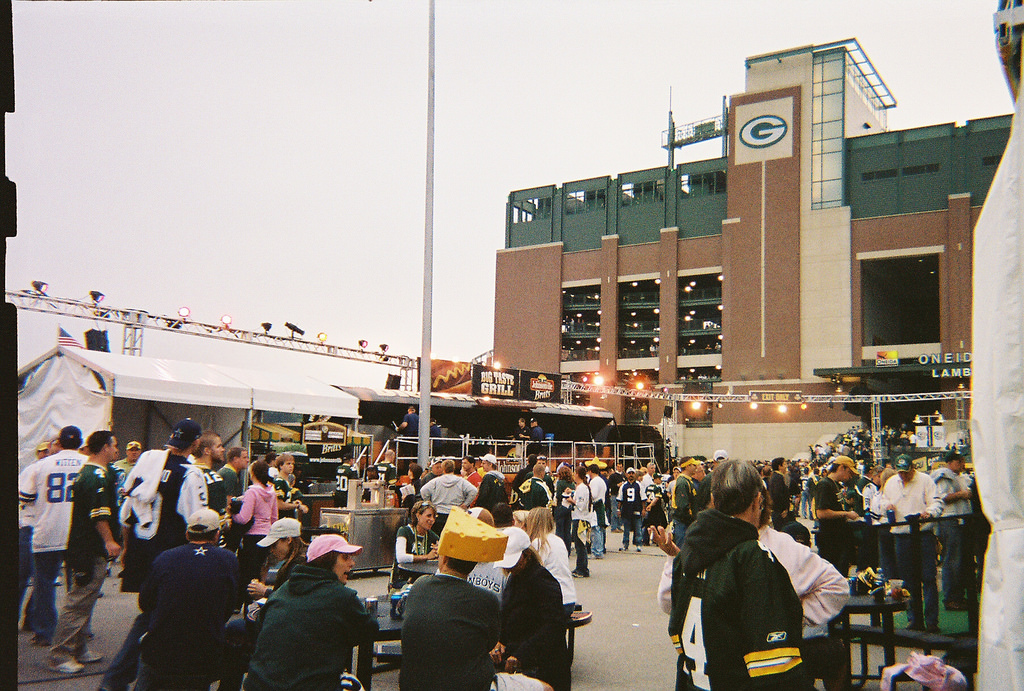 The best part about Lambeau Field is that you don’t have to leave the parking lot to start tailgating. The Tundra Tailgate Zone includes live music, Packers alumni signing autographs, game day giveaways, and prizes, and a heated tent to help warm your bones in the latter half of the season. There is BBQ, drinks, and you can even watch the game from the tent if you lack a ticket. Fans will start packing in five hours before the game to get to the Tundra Tailgate Zone.

Located near the stadium, this steakhouse serves up all you can eat premium cuts of steak, with fantastic deals for children in your company. It begins three hours before kickoff and ends a half-hour before kickoff. This leaves plenty of time to feed your belly and down some refreshments before a Packers’ victory. It’s all a part of Packers’ Fan Tours, including bus transportation for easy access to the game. 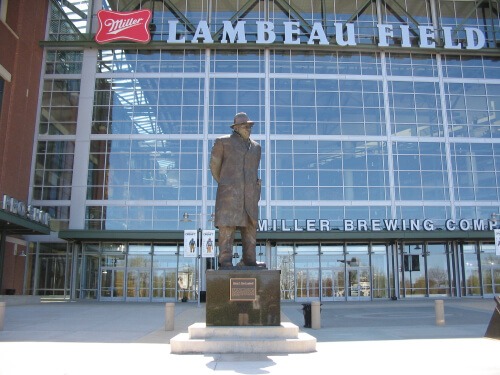 The Vince Lombardi Statue, located outside of the main entrance to Lambeau Field, is a must see for all football fans. It commemorates arguably the greatest coach of all-time, so make sure to pay respect to one of all time greats during your pilgrimage to Lambeau Field. 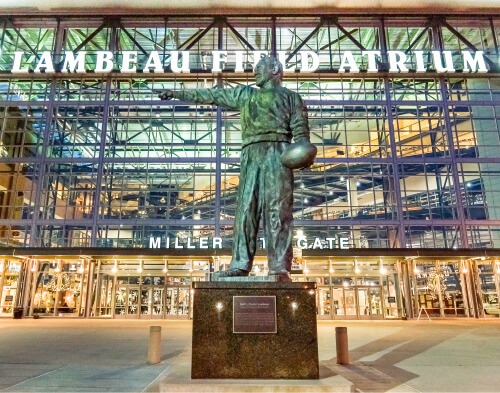 In addition to having a statue commemorating the greatest coach in franchise history the Packers also have one commemorating franchise founder Curly Lambeau. Stop by and snag a picture with this statue of the man who started it all in Green Bay. 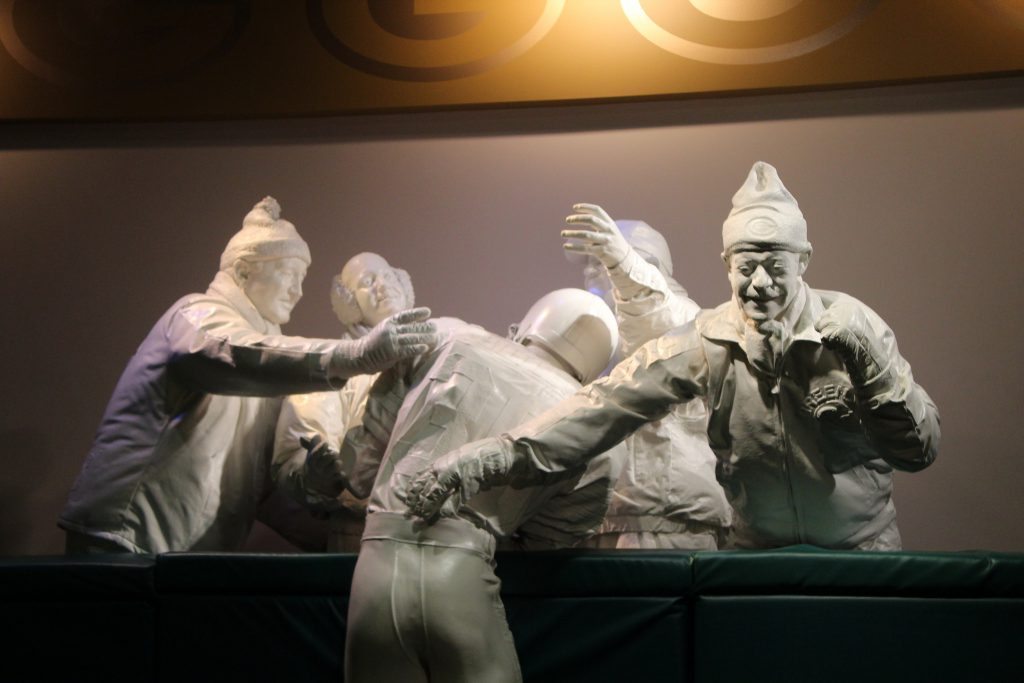 This popular Packers celebration was commemorated with a statue in 2014 giving fans the chance to experience the celebration for themselves. Stop by the statue so you can get a picture of yourself doing the famous touchdown celebration.