Home of the Indiana Hoosiers

Known as The Rock to locals and fans, Memorial Stadium is the home of the Indiana Hoosiers. When attending an Indiana football game you’ll be in a stadium filled with over 50,000 fellow Hoosiers. One of the great things about attending a Hoosiers game is you’ll get the chance to participate in plenty of fun promotions throughout the season. From Pink rally towels to Elvis glasses, you are sure to get a little something extra at any game you decide to attend.

In 2010, the student section at Memorial Stadium was named “The Quarry.” This is where you’ll see most of the school on game days as attending football games at Indiana are a big tradition. These students get rowdy and love cheering their school on to victory, so join in on the fun to get the most out of a crisp, beautiful fall day in Bloomington.

The leading Indiana chant is the Hoo-Hoo-Hoo-Hoosiers chant, which is something you may have heard if you’ve ever watched the Hoosiers compete in basketball on ESPN. The chant is also a staple at football games as well and is most notably done following a timeout in the fourth quarter when the game is on the line. Fans here love the jumping and screaming Hoo-Hoo-Hoo-Hoosiers chant and you will too as it is a fun chant to take part in. 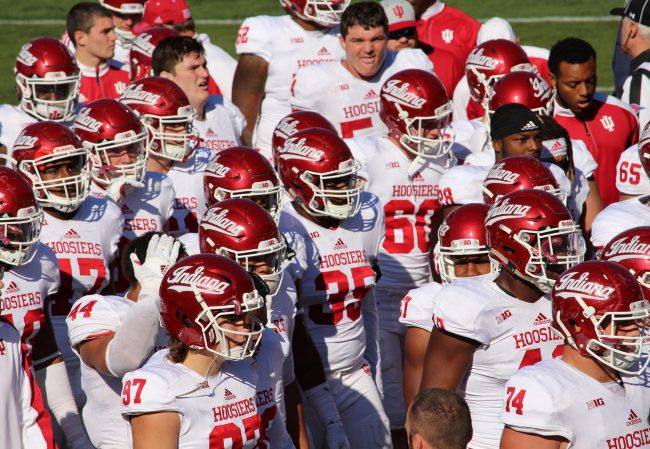 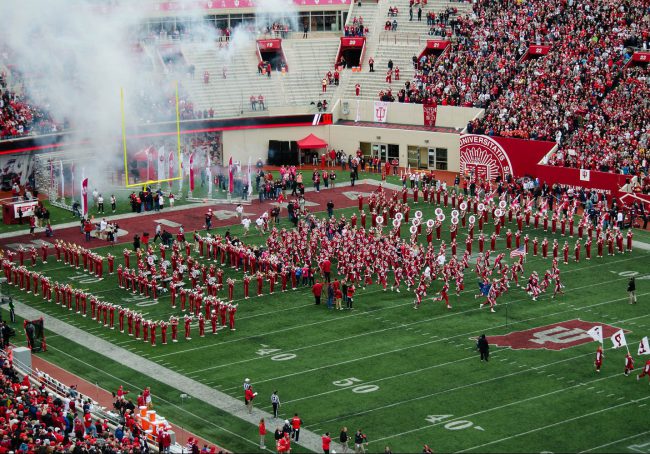 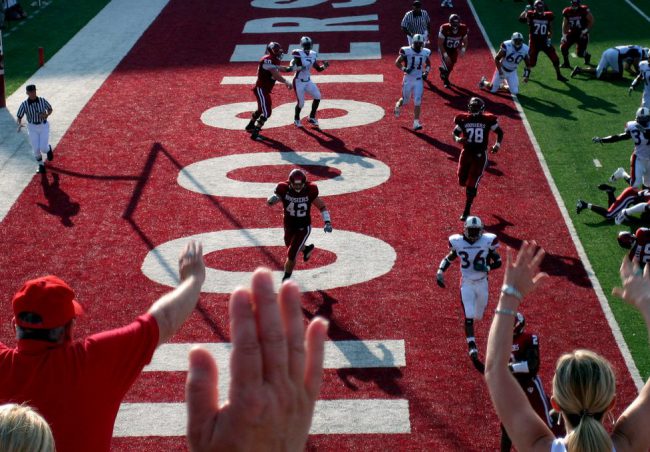 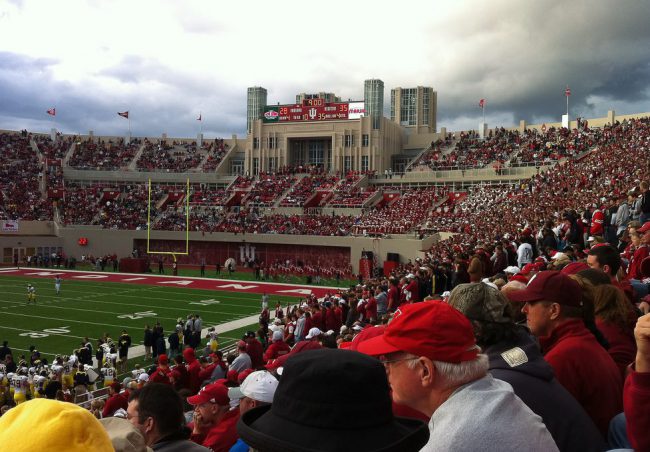 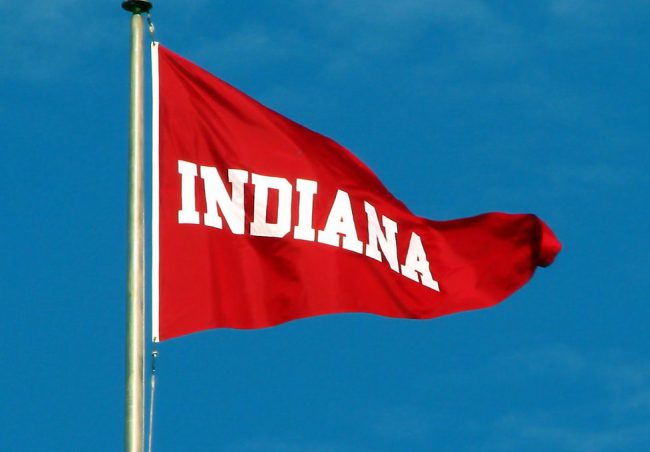 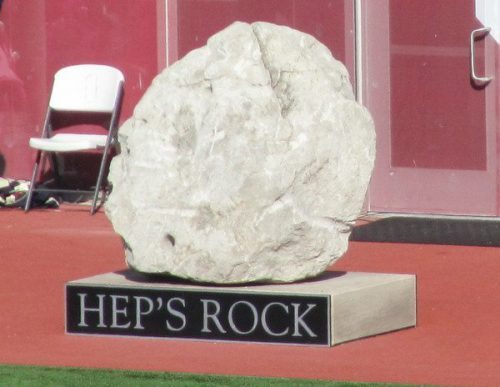 In 2005, head coach Terry Hoeppner had a limestone boulder (that he found) nicknamed “The Rock” installed in the north end zone of the stadium. In a tradition that continues today, IU football players and coaches would touch the Rock before running out onto the field. With the unfortunate passing of Coach Hoeppner, the Rock was renamed Hep’s Rock to commemorate the influence Hoeppner had on the football program at Indiana University 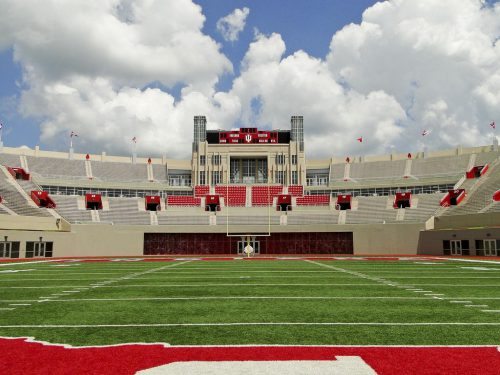 Renovations to the home of the Hoosiers were completed in 2009 and revamped the stadium. The reconstruction of the north end zone included space for classrooms, a weight/training room, Hall of Fame, and expanded seating capacity inside the stadium. 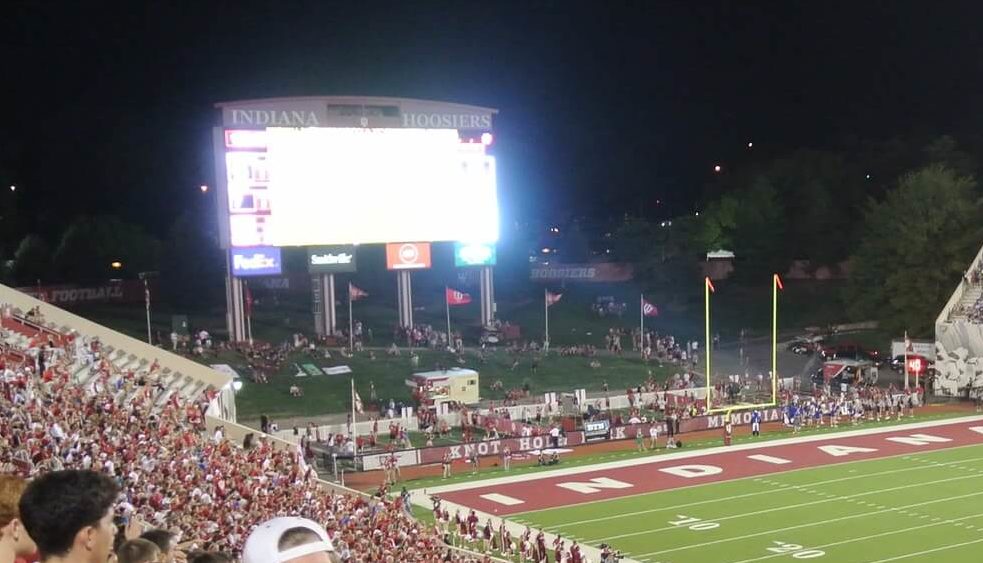 This replica turf field is located in the south end zone of Memorial Stadium and is open to all Hoosier fans thirteen and below. This interactive young fan area also offers freebies for every game attended at Memorial Stadium 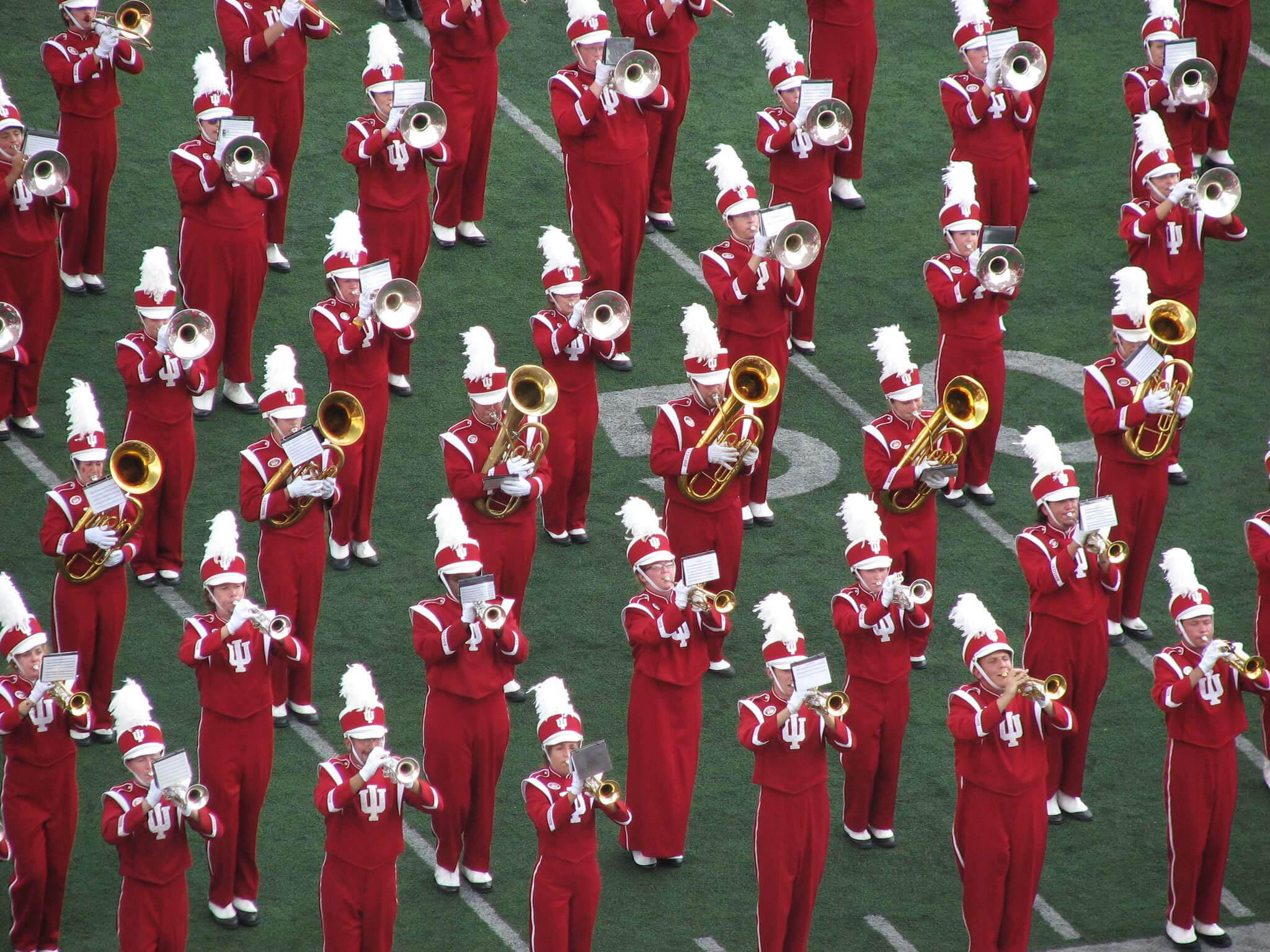 Indiana University’s Marching Hundred honors Bloomington native John Mellencamp by performing this hit at the end of the first quarter.

Check out the University of Maryland stadium guide!