Home of the Kansas City Chiefs

Kansas City Chiefs fans put on one if not the best tailgates in the NFL. Titled “The Asphalt Jungle,” the Arrowhead parking lot tailgate offers any food you could imagine and has been deemed by some as a true tailgate paradise. Make sure to arrive early to grab some delicious KC barbecue and get the most out of your Chiefs game day experience. 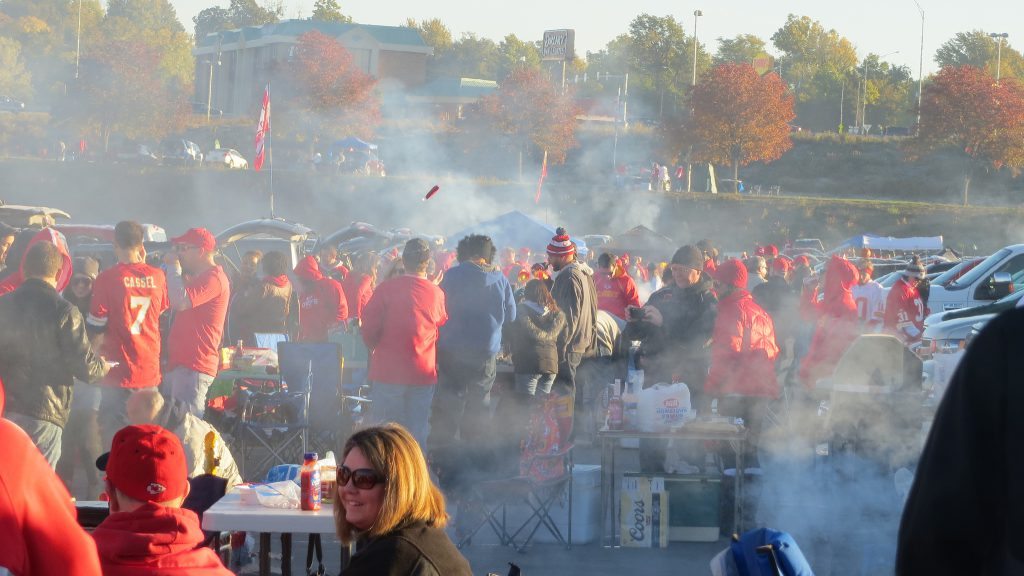 The Kansas City Chiefs have the loudest fans in the NFL as they have set the recorded for the Guinness World Record for the loudest stadium. The record was set on September 29,2014, against the New England Patriots with a noise level of 142.2 decibels. Be prepared to scream, shout, and get loud when attending a game at Arrowhead Stadium. 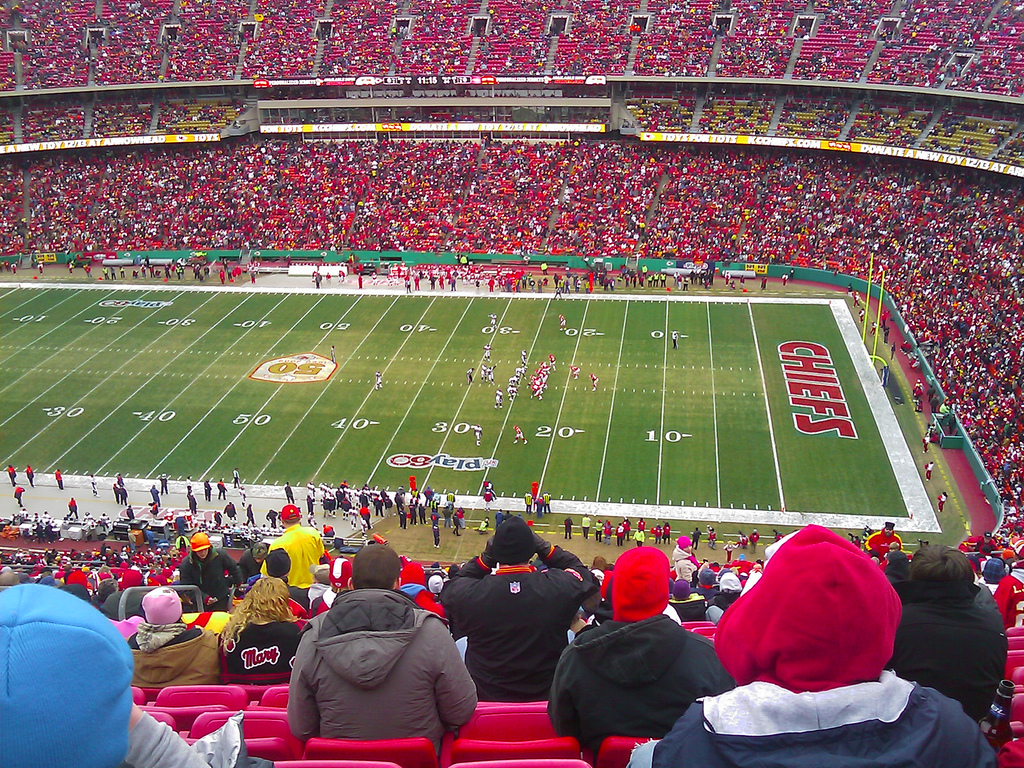 The “Sea of Red” at Arrowhead is almost too much to bear for fans who aren’t looking to experience the game in full force. The chants are loud, the beer is flowing, and these fans are on the edge of their seat for the entirety of the game. The Sea of Red is something special to be a part of, so you’ll surely have a great time at a Chiefs game. 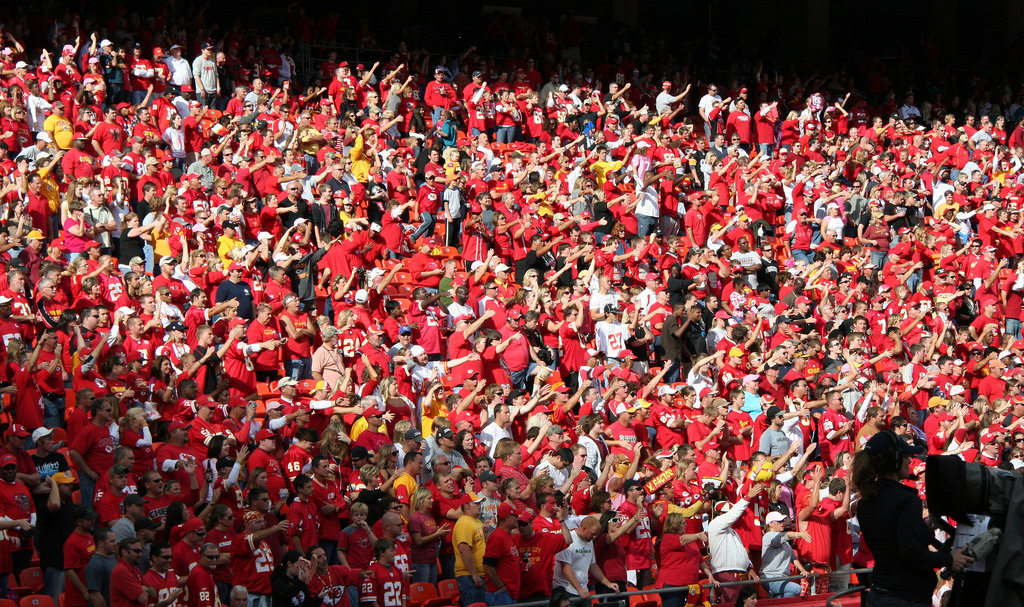 Warpaint is the pinto horse mascot of the Kansas City Chiefs, who celebrates every Chiefs touchdown by running a victory lap around the stadium. Keep your eyes peeled when the Chiefs score to witness this great game day tradition. 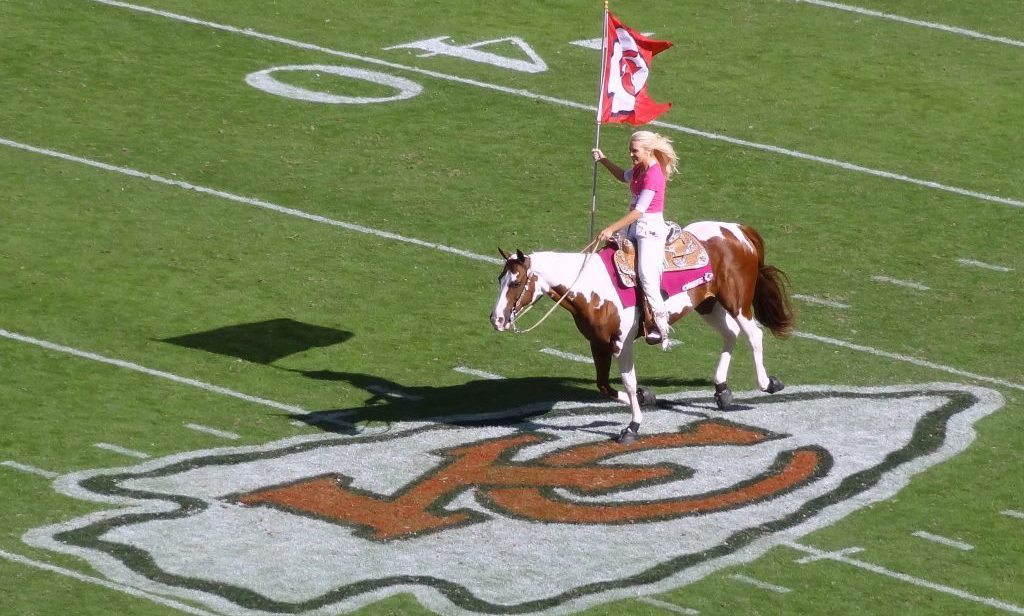 One of the most famous Chiefs traditions is during the national anthem rather than singing, “…and the home of the brave.” everyone in attendances yells, “… and the home of the CHIEFS!” Take part in this time-honored a tradition that pumps up both fans and players alike. 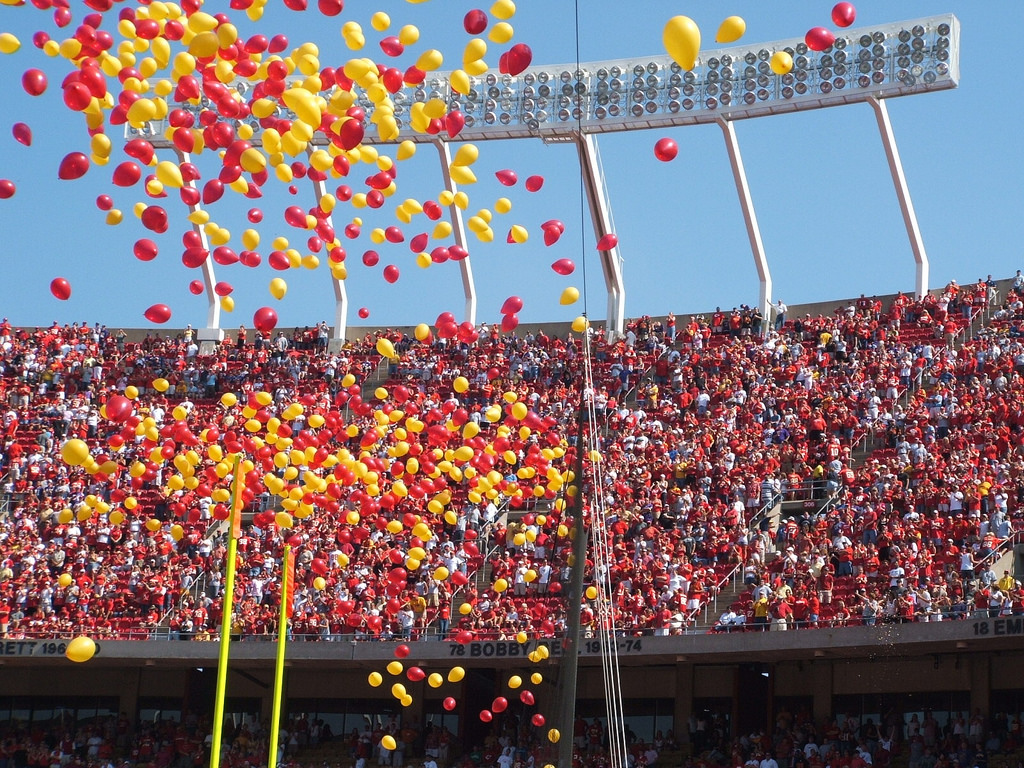 The entrance to the north side of the stadium recently became a tribute to Lamar Hunt, one of the founding fathers of American sports. The open air plaza is open up to all fans on game day and features a larger than life statue of Hunt. Stop by the plaza, so you can take the time to pay tribute to the founder of one of the greatest franchises in NFL history. 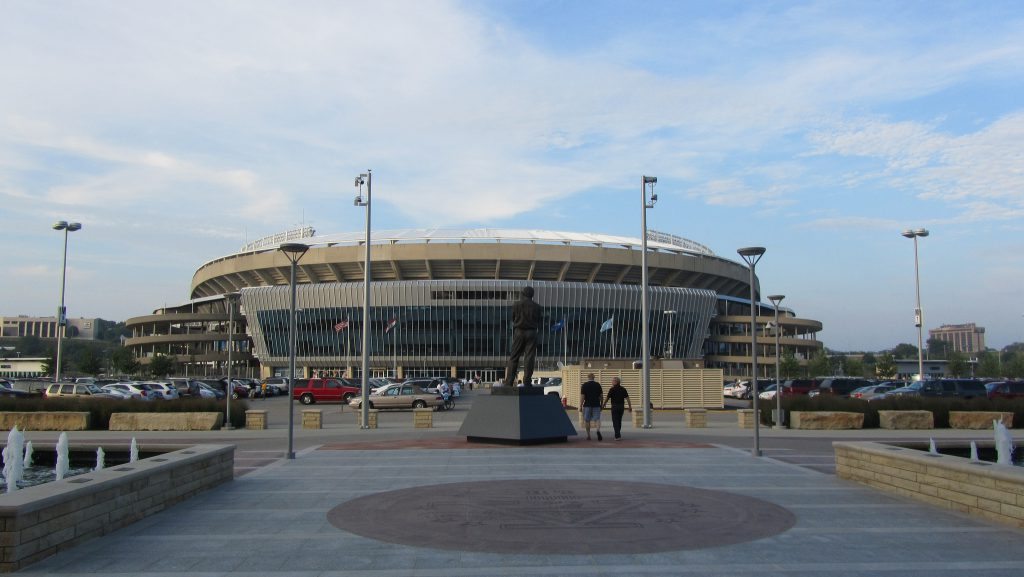 Cheerleaders have been a Chiefs tradition since the founding of the franchise in 1960. The Kansas City Chiefs Cheerleaders put on a great performance that is sure to entertain fans young and old, so make sure to look for them when attending a Chiefs game. 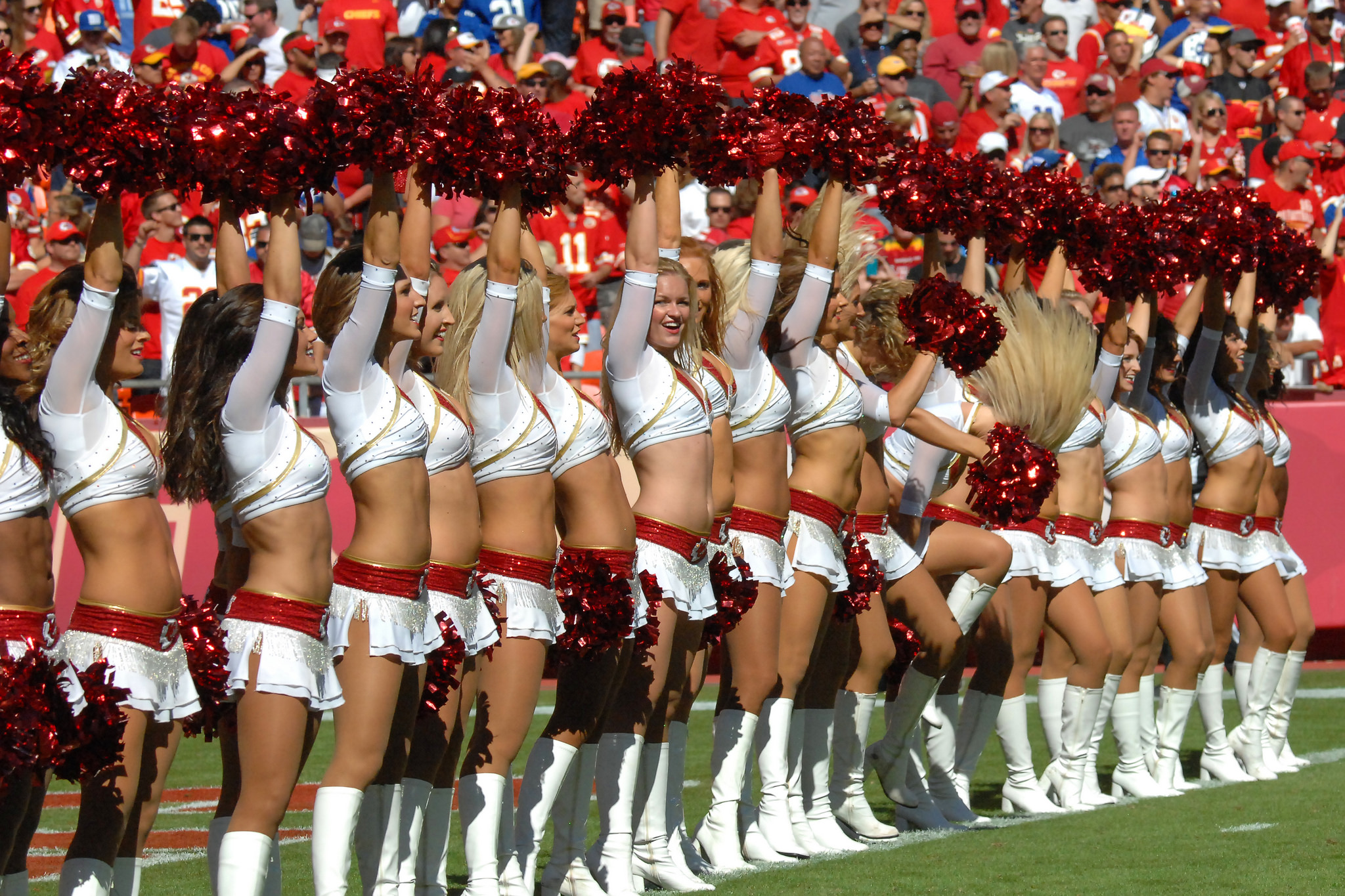 Following every Chiefs touchdown, the fans chant “We’re gonna beat the hell outta you…you…you, you, you, you!” to opposing teams and fans as “Rock and Roll Part 2” plays over the loudspeaker. Come prepared to join in on this chant as you root on the Chiefs to victory. 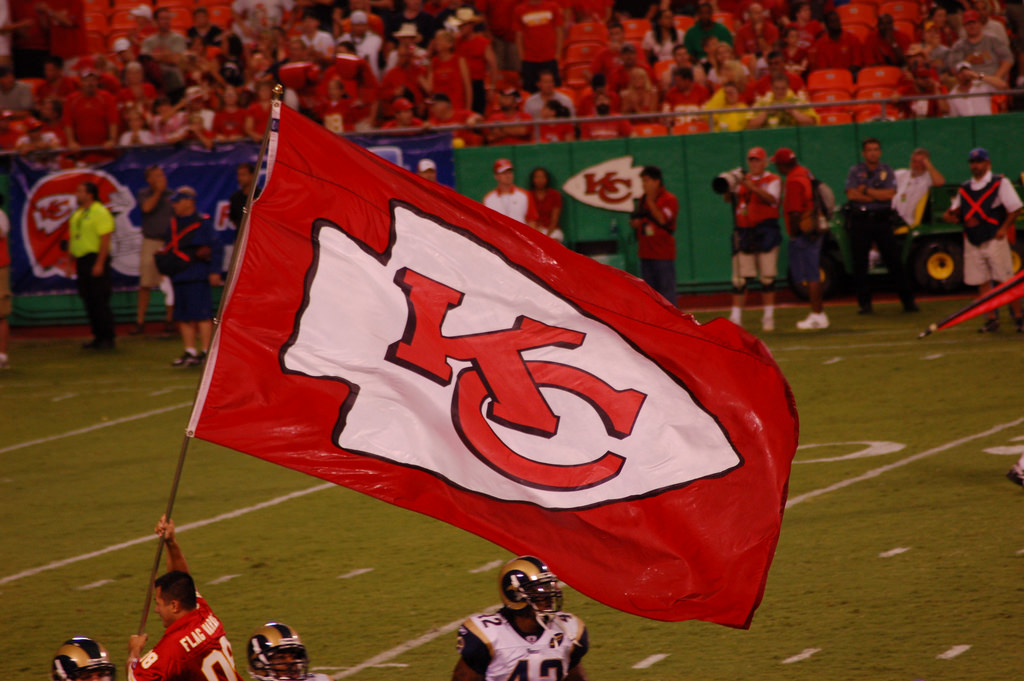 The Chiefs Hall of Fame is a 26,000 square foot exhibit showcasing 60 display cases, 36 bronze busts, 251 artifacts, and much more. This museum is dedicated to the history of both the Kansas City Chiefs and the American Football League making it a must see for Chiefs fans and football fans everywhere. 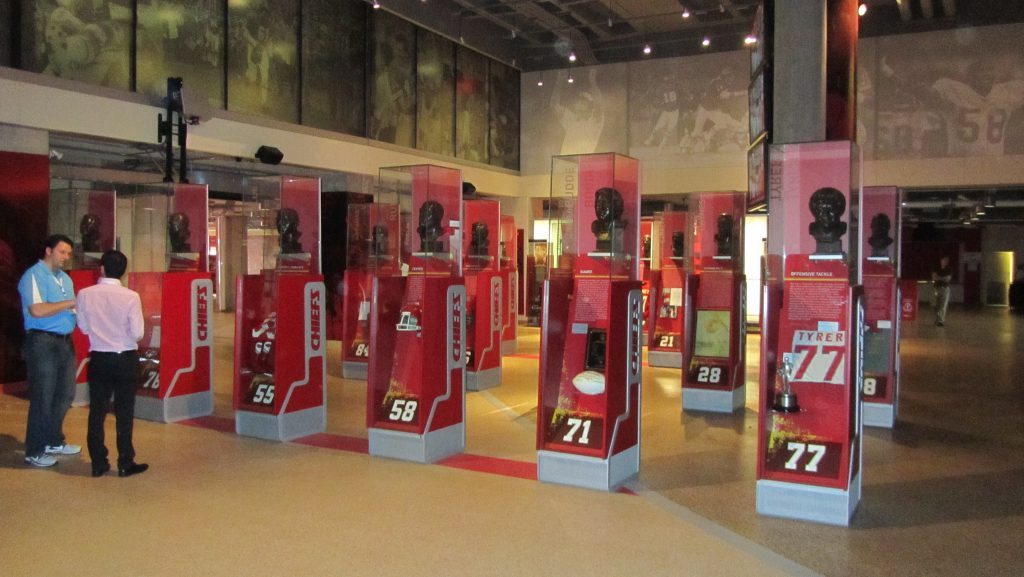 K.C. Wolf has served as the Chiefs mascot since 1989 and is one of the most famous mascots in the NFL. The mascot is named after a group of super fans from the team’s Municipal Stadium days known as the Chiefs “Wolfpack.” K.C. Wolf also was the first NFL mascot inducted into the Mascot Hall of Fame, so be sure to look for him when attending Chiefs as you’ll never know what kind of antics he’ll get up to. 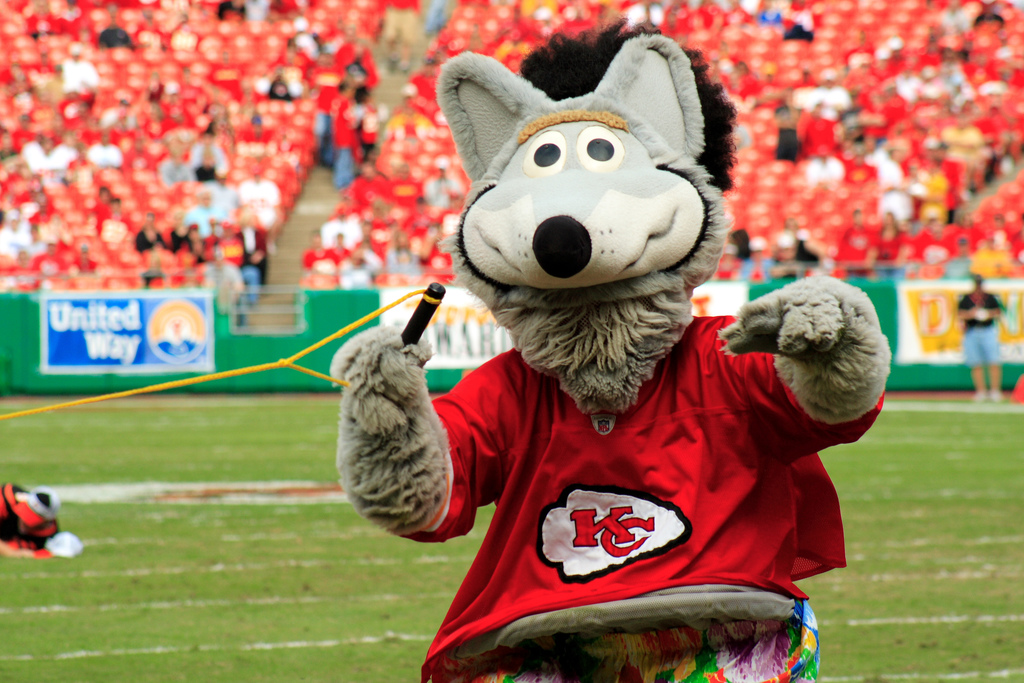