Home of the Los Angeles Dodgers

Once you’ve entered the ballpark at Camelback Ranch, you’ll be in store for a fun afternoon or evening of Dodgers baseball. Spring training is the perfect time to see future Dodgers stars before they hit it big, making every game at Camelback Ranch a memorable experience for Dodgers fans.

You’ll also meet lots of die-hard Dodgers fans in the stands when attending a Dodgers spring training game at Camelback Ranch. The fans here live and die with the team and love to talk about the team with everyone they meet. Don’t hesitate to start up a conversation with the people around you as just about everyone here is a huge Dodgers fan.

Finally, around the ballpark, you’ll find several tributes to past Dodgers greats including the retired numbers behind the bullpen. The numbers celebrate the careers of legends such as Sandy Koufax, Jackie Robinson, and Pee Wee Reese, so don’t miss them during your trip to Glendale.

A Dodgers  spring training game is a fantastic experience for anyone who loves the Dodgers, so get plan your trip to Camelback Ranch today. 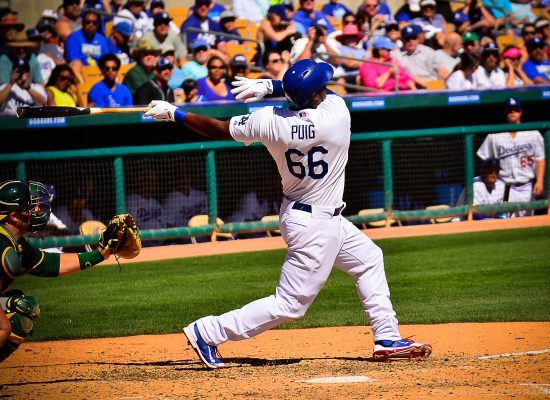 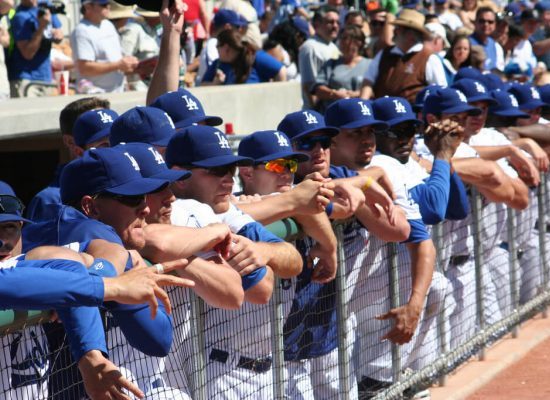 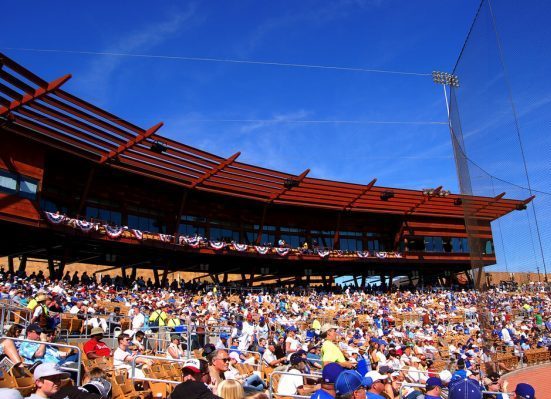 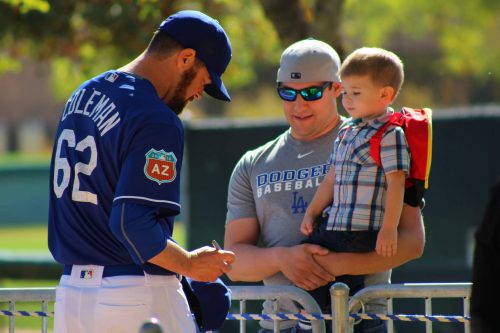 Camelback Ranch is one of the most autograph friendly spring training facilities making it the perfect place to get a signature from your favorite Dodger. When in the ballpark, line up along the wall down the outfield line for your best chance to secure a few autographs. You’ll also want to arrive early and head to the practice fields too as that’s where you’ll be able to get the most autographs before the game. You can typically catch both the White Sox and Dodgers players between practice fields 1 and 2. 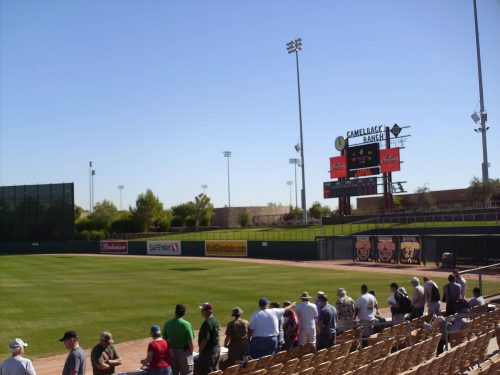 Check out the retired numbers at Camelback, which can be found on the wall of the White Sox and Dodgers bullpens. The retired numbers celebrate the careers of the best players in both franchises’ histories and are must-sees. 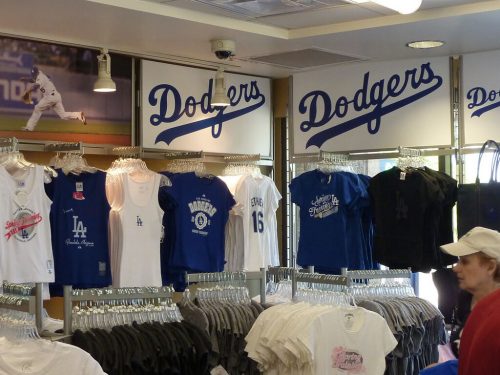 If you want to buy some White Sox gear at Camelback Ranch, then head on over to one of the two Clubhouse Stores inside the ballpark. The larger of the two stores is located in center field, although you’ll find lots of merchandise at both shops.

All You Can Eat Patio

Those of you who like to eat will want to reserve a spot in the All You Can Eat Patio. The patio is located in left field and features all-you-can-eat food.