Home of the LSU Tigers

When it comes to tailgating at Louisiana State University, the first things to come to mind are food, family/tradition, and a whole lot of fun. Many people who tailgate at LSU have been doing so for many years and in some cases, for multiple generations. Because of this, the tailgating scene often feels like a massive family reunion. One of the most notable aspects of tailgating at LSU is the food that many will share; jambalaya, gumbo, multiple types of seafood, or even alligator if Florida is in town. It is definitely in your best interest to come to an LSU tailgate hungry and ready to party.

In Tiger country, getting to campus even three hours before kick-off is considered late, and for the die-hard Tiger fans, borderline offensive as tailgating is just as much of a sport as the actual football game. A majority of LSU tailgaters will begin their game day celebration five hours before kick-off in the many lots surrounding Tiger Stadium; some fans will even show up on a Thursday before the game to set up their tailgate, especially the motor home, tent, and RV tailgaters.

Louisiana State University has been consistently ranked as one of the top tailgating locations in the United States. With accolades such as “The Top Tailgating Destination in America” (ESPN.com) and  “The Best Tradition in College Football” (The Sporting News), it’s no wonder that the tailgating scene regularly draws in over 90,000 fans to Tiger Stadium.

One of the must-see pregame events at LSU is the team walk from Victory Hill. The LSU football players, coaches, cheerleaders, and Mike the Tiger (in his cage, of course) walk down Victory Hill on North Stadium Drive before each home game at Tiger Stadium. Thousands of fans will line up to greet and cheer on their team, firing them up for a great day of football inside Death Valley. You’ll have a great time cheering on the Tigers as they enter the stadium before taking the field.

Another great LSU tailgating tradition is the LSU Salutes Tailgate. Every year the home game weekend closest to Veterans Day is reserved for a celebration and memorial for graduates of the Ole War Skule. LSU is behind only the service academies and A&M in sending officers to WWII and the mandatory ROTC enrollment for freshmen and sophomores only ended in 1969. Ceremonies include a memorial service on the parade grounds which entails the induction of a few service members into the Hall of Honor, a flyover, and a 21 gun salute from the artillery battery.

No matter what time of the year you go to Baton Rouge, you’ll have a great time tailgating. The unique and delectable cuisine combined with the good old Louisiana style hospitality makes a trip to LSU a treat that any tailgater will love. 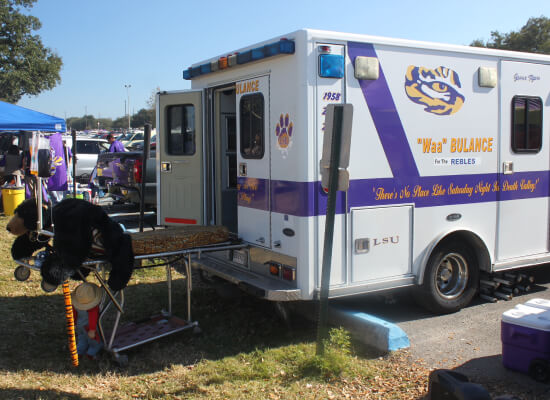 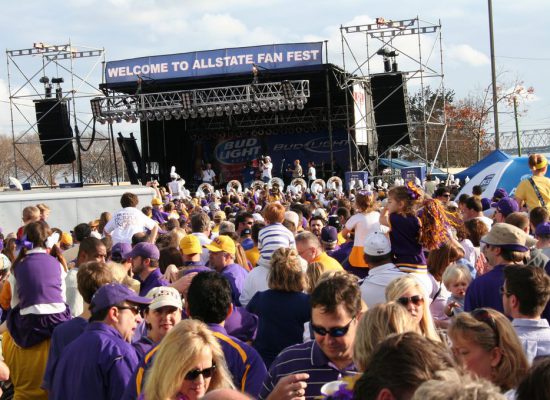 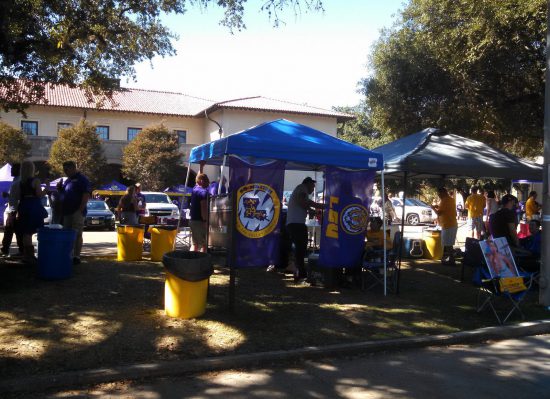 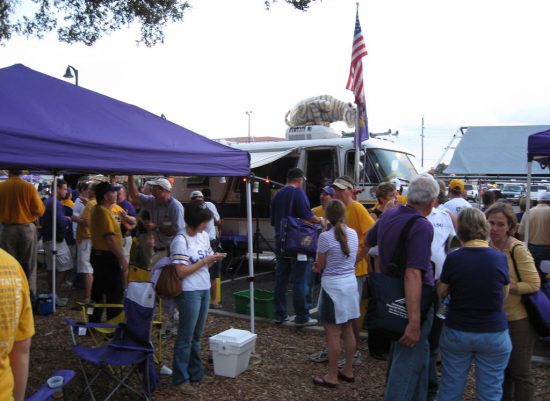 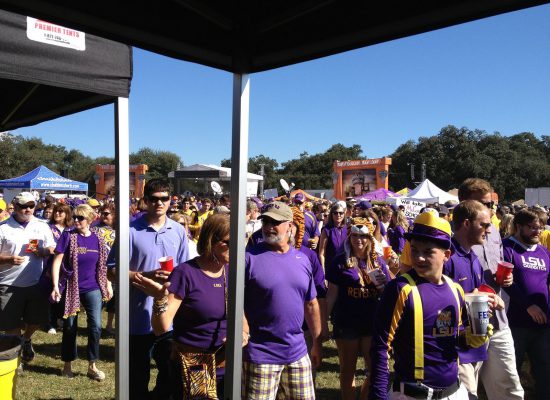 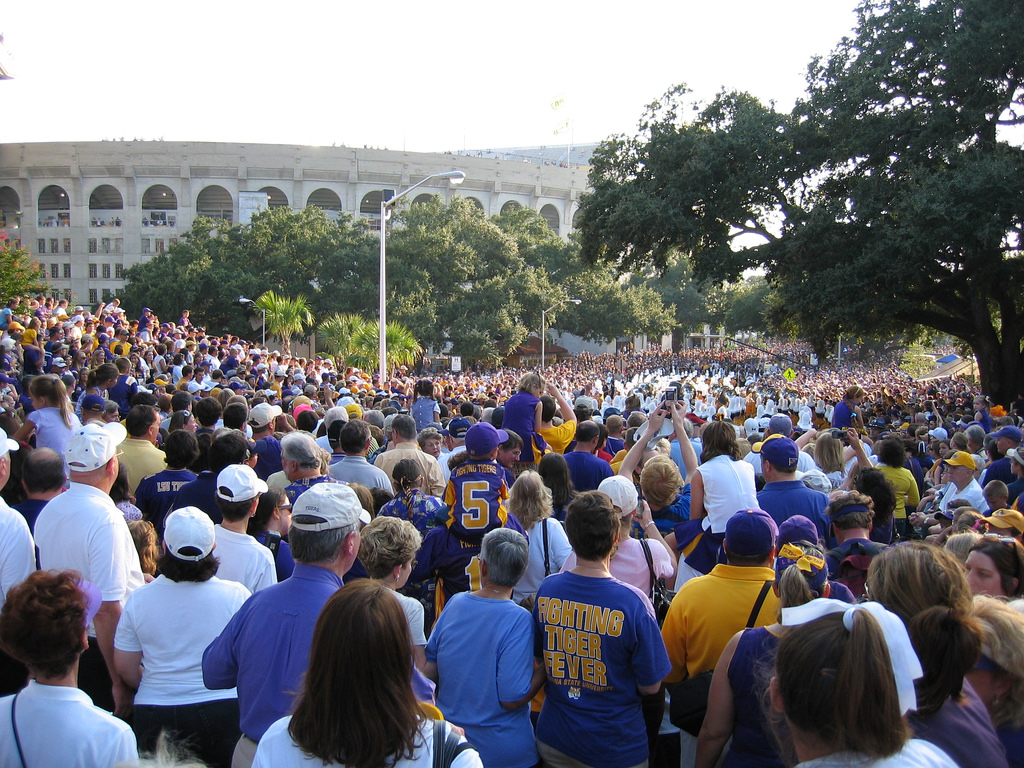 Before the game be sure to watch the Tigers walk down Victory Hill and into the stadium. The walk allows you an incredible opportunity to get up close to both the LSU players as well as Mike the Tiger, so make sure to get there early. 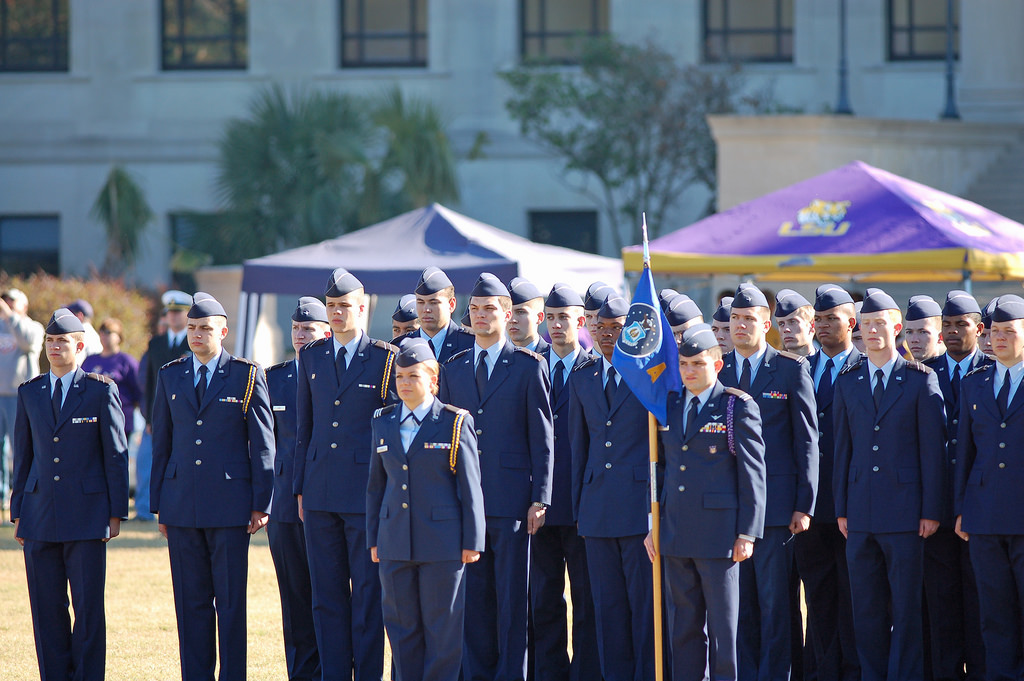 Every year the home game weekend closest to Veterans Day is reserved for a celebration and memorial for graduates of the Ole War Skule. LSU has a strong military history with mandatory ROTC enrollment for freshmen and sophomores only ending in 1969, so come out and show your support for the military during this special tailgate. 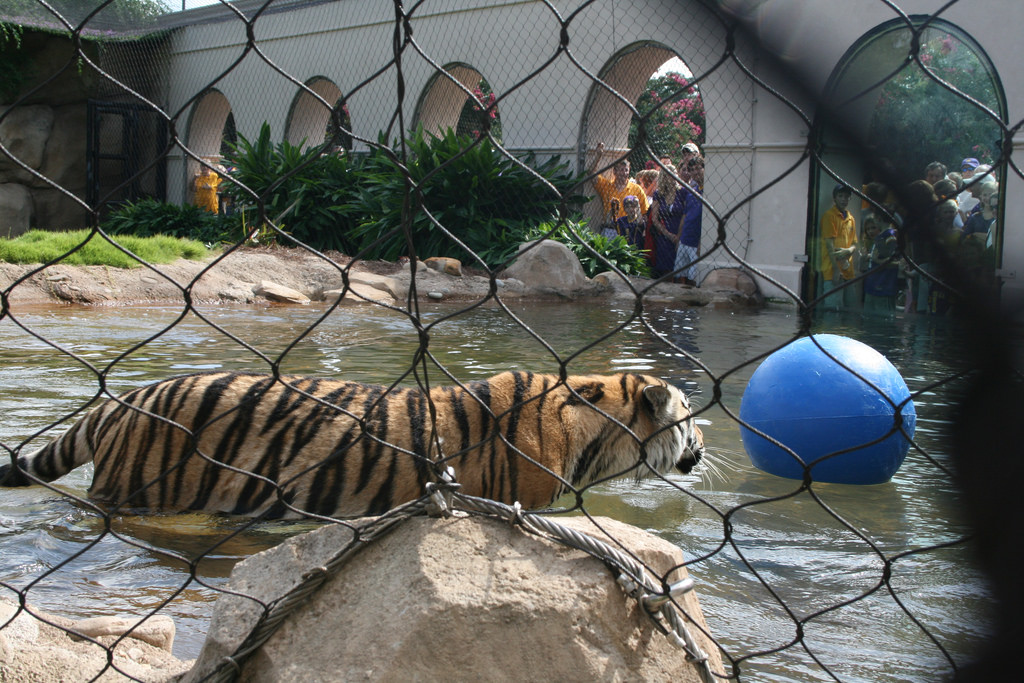 Situated between Tiger Stadium and the Pete Maravich Assembly Center is the home of Mike the Tiger, the official mascot of Louisiana State University. Mike’s habitat consists of a variety of plants, a waterfall, a flowing stream that empties into a wading pond, and rocky plateaus. The habitat also serves as a research and conservation center that offers educational and recreational activities. 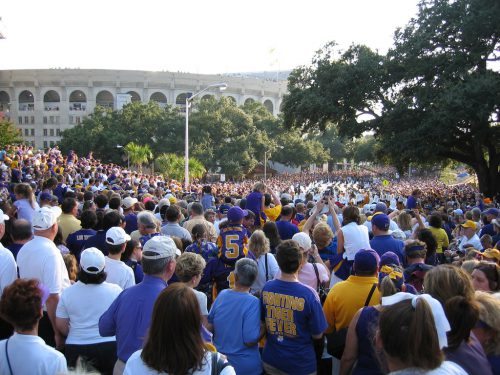 Before the game be sure to watch the Tigers walk down Victory Hill and into the stadium. The walk allows you an incredible opportunity to get up close to both the LSU players as well as Mike the Tiger, so make sure to get there early.

Check out the University of Alabama tailgating guide!

Check out the University of Arkansas tailgating guide!