Home of the Mercer Bears

Snap a picture with the bronze bear statue outside of Five Star Stadium. The statue presents an excellent photo op and is a must-see for any Bears fan, so don’t miss it during your trip to Mercer.

The Bear Walk is one of the best parts of tailgating before a Mercer football game. It gives fans a fantastic opportunity to see their favorite players up close and provide them with some last minute inspiration, making it a can’t miss.

Enjoy the performance of the Mercer University Marching Band when taking in a Bears football game. The band creates a fun atmosphere at the game and puts on a great halftime and pregame show.

Join in the cheers and chants lead by the cheerleaders at the game. The cheer squad does a fantastic time of pumping up the crowd at key times making them a fun part of any Bears game.

Cruz Plaza in the center of the Mercer University campus is one of the best places to tailgate on game days. On the plaza, you’ll find a lively atmosphere filled with plenty of students making it a great place to tailgate before the game. 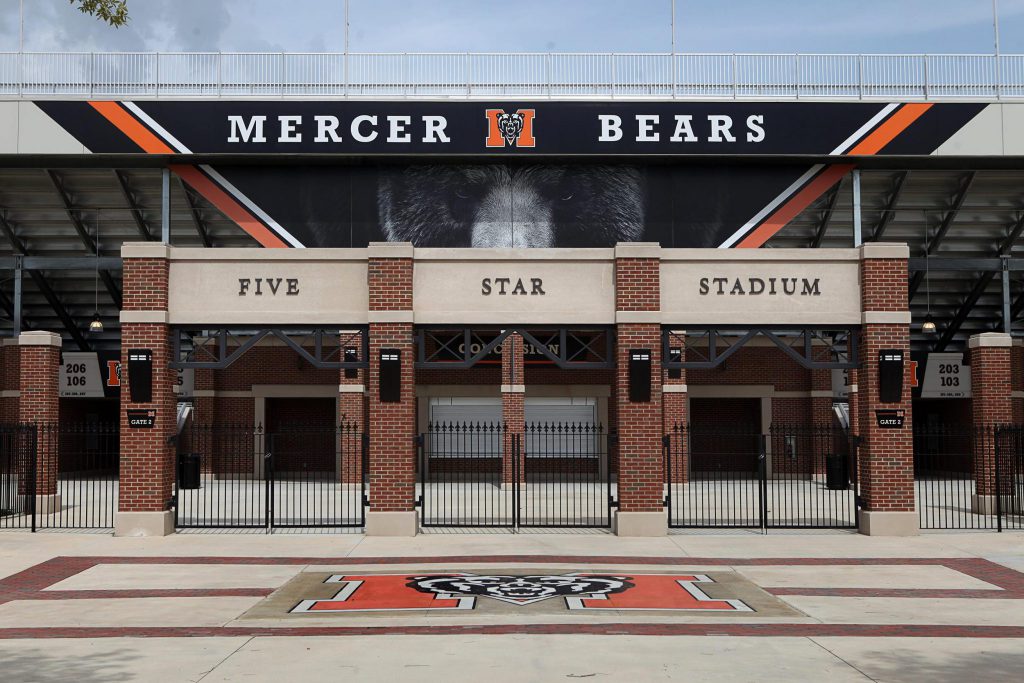 The Mercer Dance Team puts on an incredible show at Bears game. You won’t want to miss these talented dancers, so don’t leave your seat when the dance team takes the field.

Keep an eye out for the Bears beloved mascot Toby. Toby gets into all kinds of shenanigans and games and is adored by fans young and old making him a must-see when attending a game at Five Star Stadium.

The Bears recent move to the Southern Conference two years ago means they are yet to establish any firm rivalries, but there may be a budding rivalry between Mercer And Wofford. Mercer’s head coach Bobby Lamb had several fierce battles with Wofford during his time at Furman, which could help spark an intense rivalry between these two teams. Make sure to be in attendance for the Mercer-Wofford game, so you don’t miss the start of what could be one of the best rivalries in the Southern Conference.

University of Tennessee at Chattanooga

Check out the University of Tennessee at Chattanooga list!