Home of the Miami RedHawks

Over the program’s history, Miami has been able to produce some of the greatest football coaches of all-time earning the title the Cradle of Coaches. To commemorate these greats including Woody Hayes and Bo Schembechler the Cradle of Coaches Plaza was created, so stop by and pay tribute to some of the greatest coaches of all-time when attending a RedHawks game. 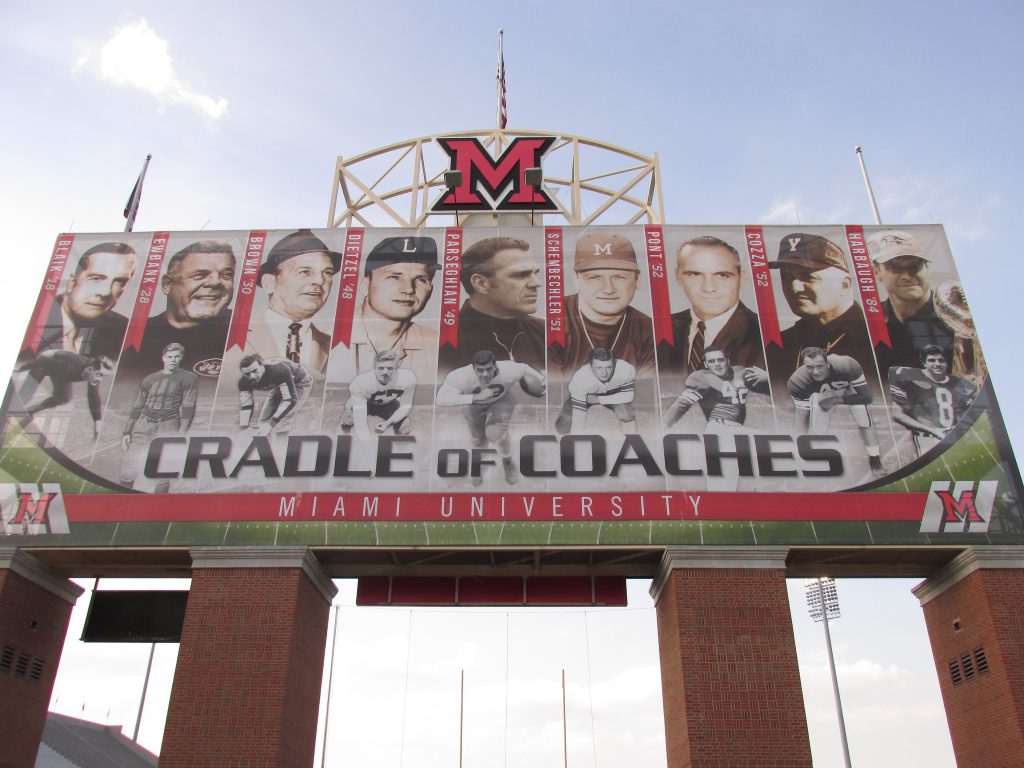 Yager Stadium was built to replace Miami Field, the latter of which can trace its origin back to 1896 making it one of the first college football stadiums built in Ohio. Today you can still stop by the original ticket windows located in front of Yager Stadium, so stop them to enjoy these charming relics of the past.

Don’t worry if you didn’t bring a grill Tailgate Town has you covered. Tailgate Town opens two hours before kickoff just outside of Millett Hall on the west lawn and offers a great place to grab a bite to eat before entering Yager Stadium. Head over and grab a few dogs or burgers and some baked beans to fuel yourself up for an exciting afternoon of RedHawks football. 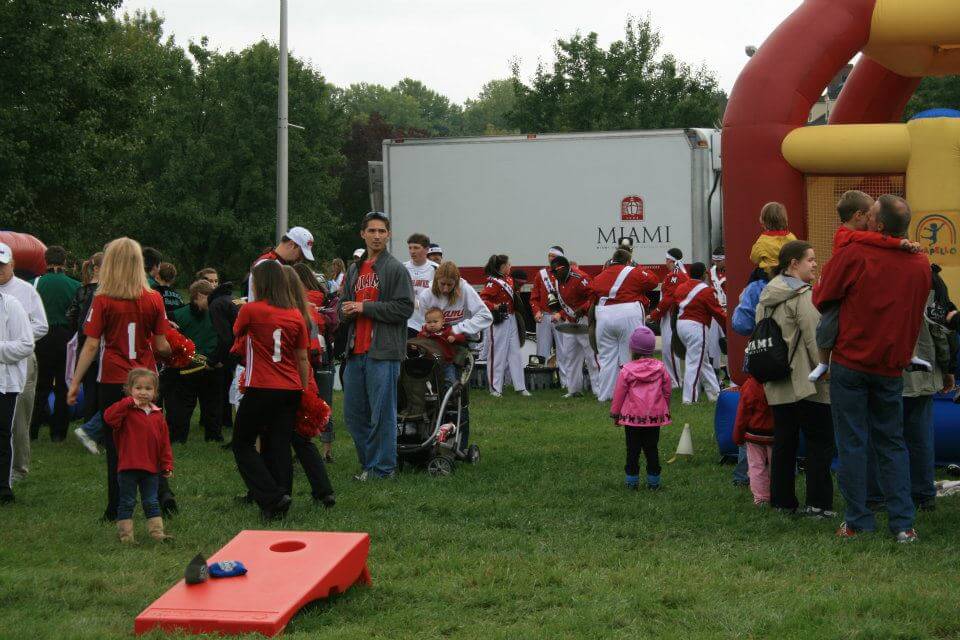 The Miami University Marching Band keeps the crowd’s energy high throughout the game through a variety of routines. The band features 260 members and usually performs along with baton twirlers and the color guard to put on an outstanding show.

The Cincinnati Bearcats are the RedHawks’ oldest rivals having played them in the first ever college football game played in Ohio back in 1888. The winner of the matchup between these two Buckeye State rivals has been taking home the Victory Bell since the 1890s, which started when some Bearcats fans “borrowed” the bell from Miami. If you want to see the oldest rivalry in the state of Ohio, then make sure to travel to Yager Stadium when the RedHawks take on the Bearcats.

The Red Zone is the premier tailgating destination for RedHawks fans. Here you’ll find the most diehard tailgaters who prepare large spreads for every RedHawks football game. Secure a permit for the Red Zone to take part in Miami tailgating at its finest. 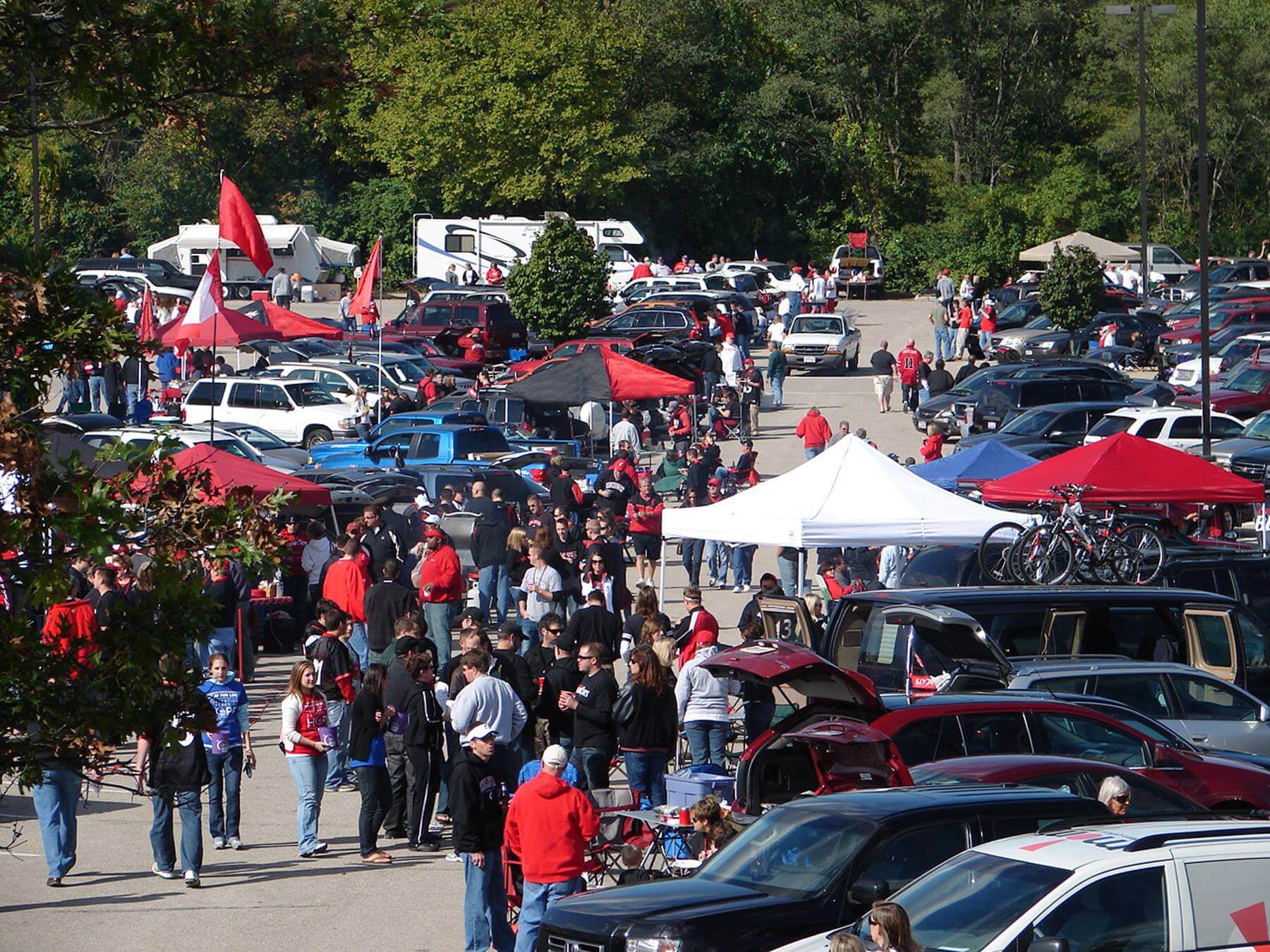 Ben Roethlisberger is probably the biggest star in the history of Miami’s football program and as such his number has been retired by the program. During his outstanding career at Miami, Big Ben lead the RedHawks to a perfect record and the MAC Championship in 2003. Make sure to stop by and see his retired #7 jersey in the north end of the stadium to celebrate the career of one of the greatest RedHawks of all-time.

When attending a game at Miami make sure to take in the Hawk Walk, which takes place two and a half hours before kickoff. The band and cheer team lead the team to the stadium before throngs of adoring fans who cheer on the RedHawks as they walk past. The Hawk Walk is an excellent way to show off your RedHawks pride, so make sure to stop by and get into the Miami game day spirit.

9. Battle of the Bricks

The Battle of the Bricks between Miami and Ohio dates back to 1908 and has been going strong ever since. Each year the two teams meet on the gridiron for MAC supremacy creating a fierce rivalry that is a lot of fun for both sides. The RedHawks lead the all-time series 52-37-2, so come out and watch them try to extend their lead over their hated instate rivals from Athens.

The End Zone provides the perfect place for students looking to gather together and form a raucous tailgate before heading to the game. On gamedays, the End Zone is packed with students throwing back some brews and playing all sorts of tailgate games like cornhole. You’ll even find a DJ here, so make sure to stop by and join in on the fun. 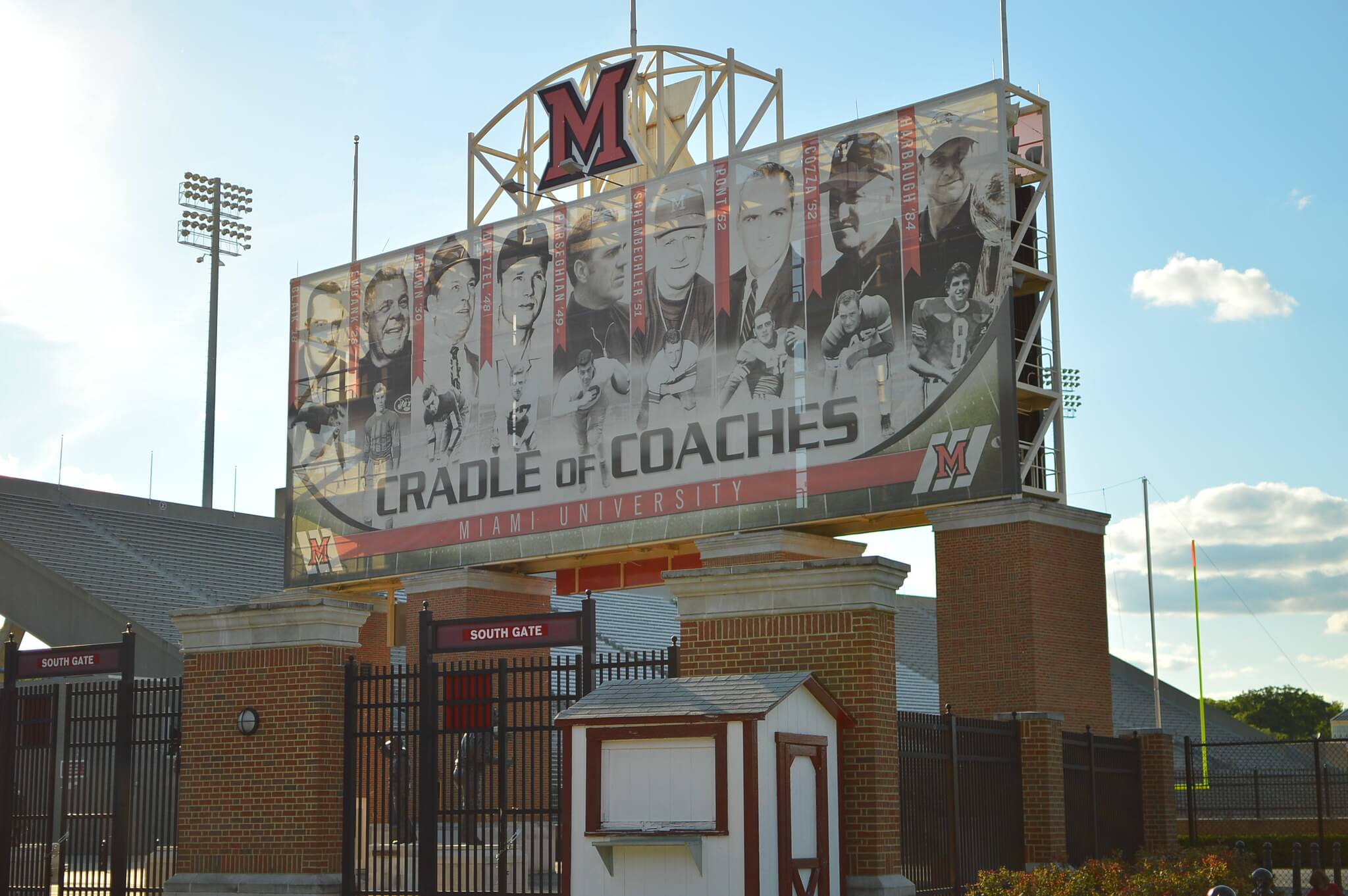