Home of the Minnesota Vikings

The 160 ft Viking inspired sculpture, located at the Medtronics Plaza, is a must see. The ship includes a timeline of historical moments in Vikings history and also features the stadium marquee, which is cleverly incorporated into the ship’s sail. 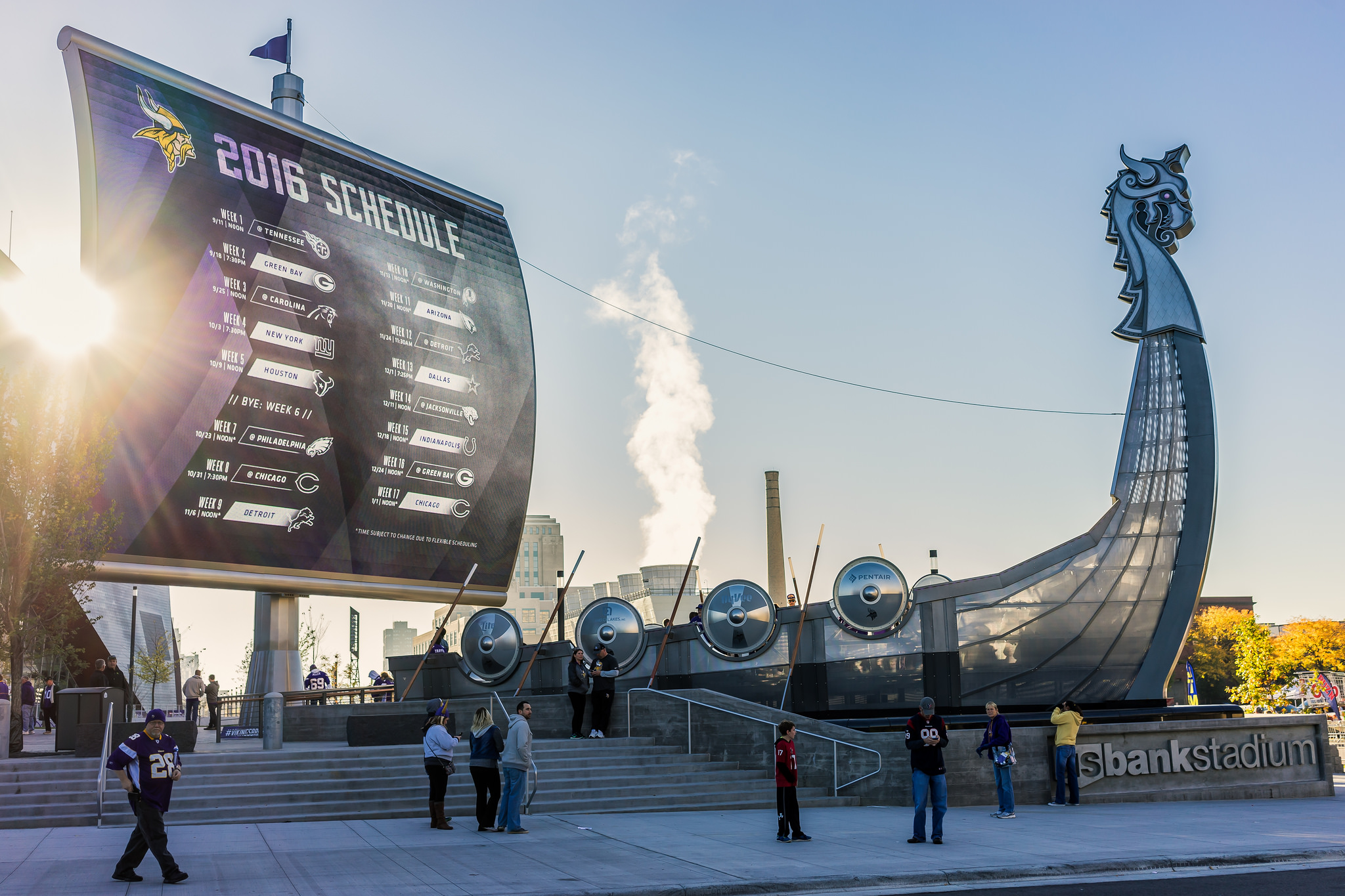 Skol, Vikings is the Minnesota Vikings fight song. The song debuted in 1961 around the time that the team first came into existence and is played after every Vikings score and victory. Learn the lyrics to this song, so you can sing along with the crowd as the Vikings march their way to victory. 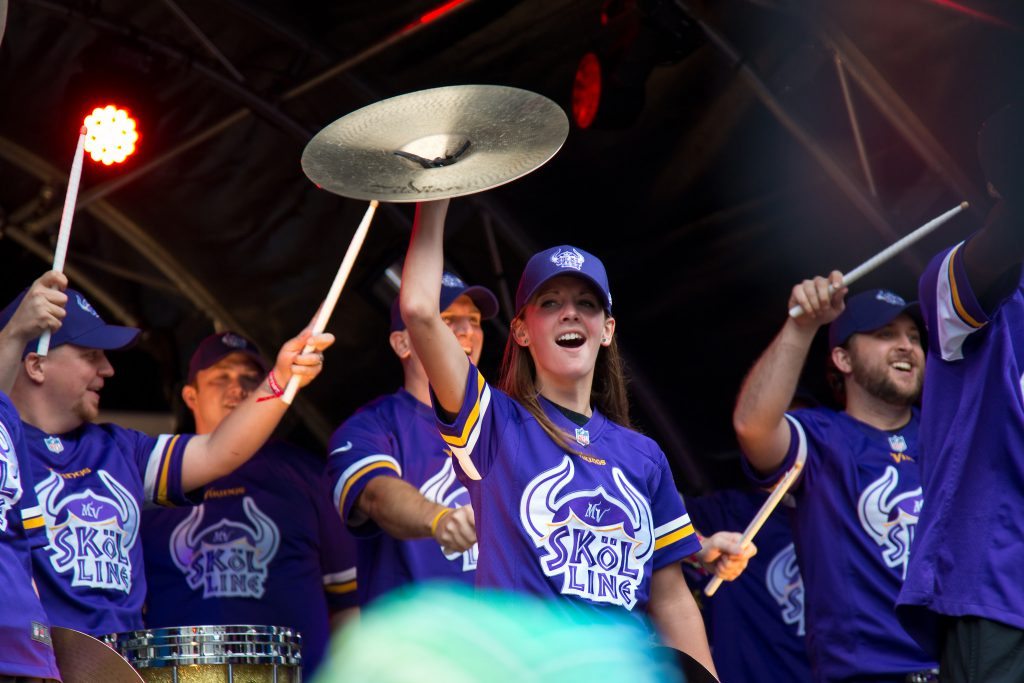 The Skol Line is the official drumline of the Minnesota Vikings. They play a variety of rock and roll as well as traditional drumline-inspired music. Typically the Skol Line performs outside the stadium leading up to the fans entering as well as performances during the pregame and halftime. 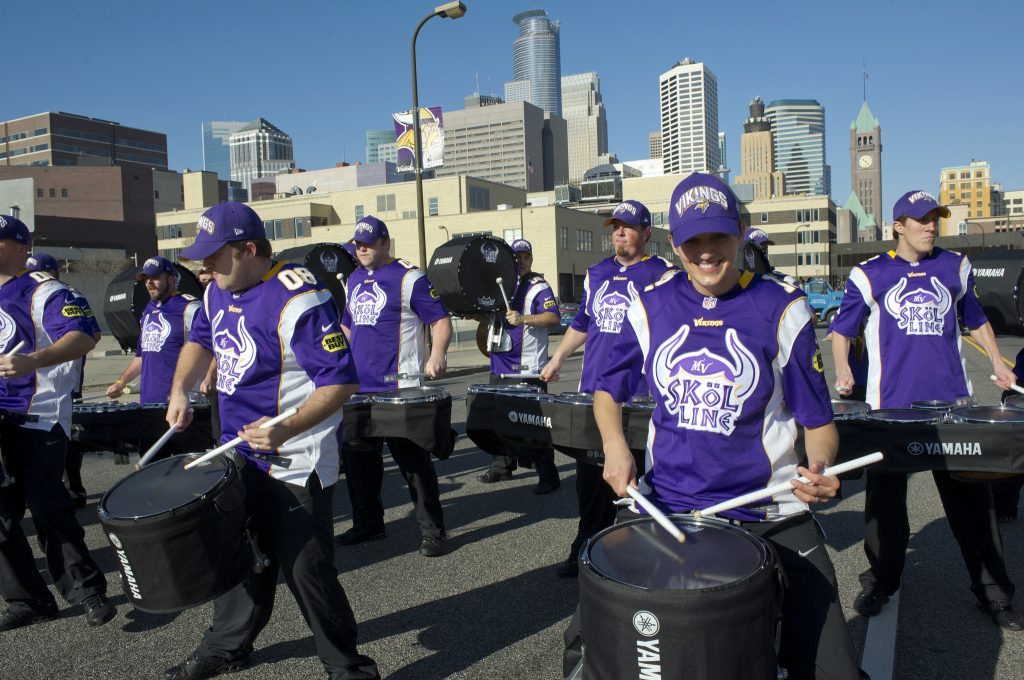 Beginning in 2016 the Minnesota Vikings will be moving into the brand new state of the art US Bank Stadium. Vikings fans are looking forward to the new stadium with great anticipation after having watched their team play in the Metrodome since 1982. The new stadium will feature a plethora of amenities, so make sure to make a trip in the coming years. 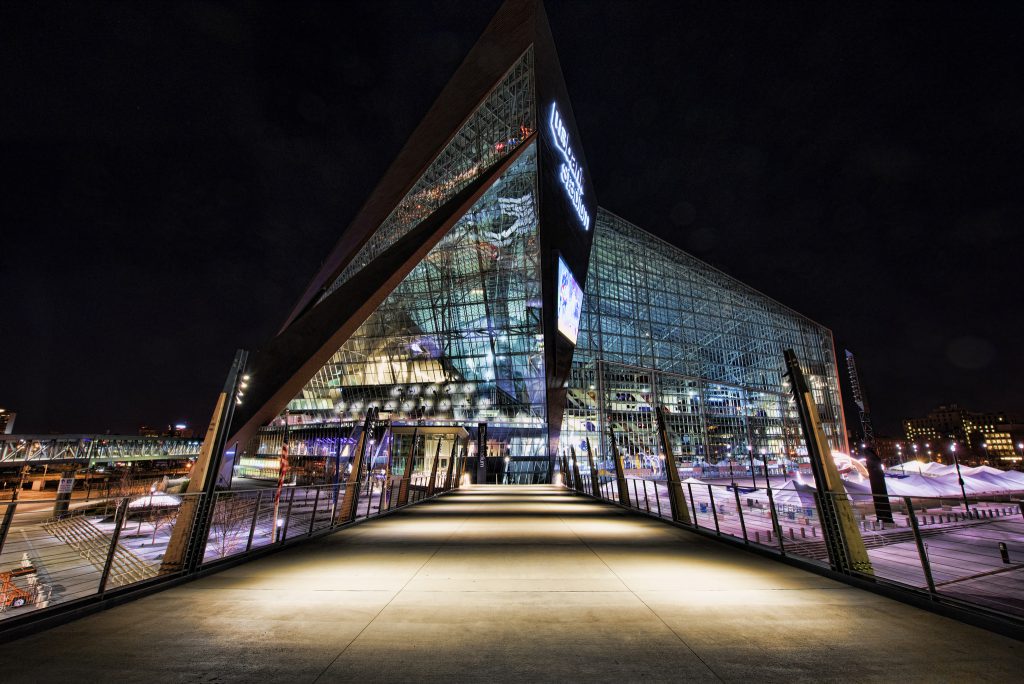 These interactive fan experience is located right above the team shop and allows fans of all ages to virtually compete against current and former Vikings players in a variety of fun challenges. 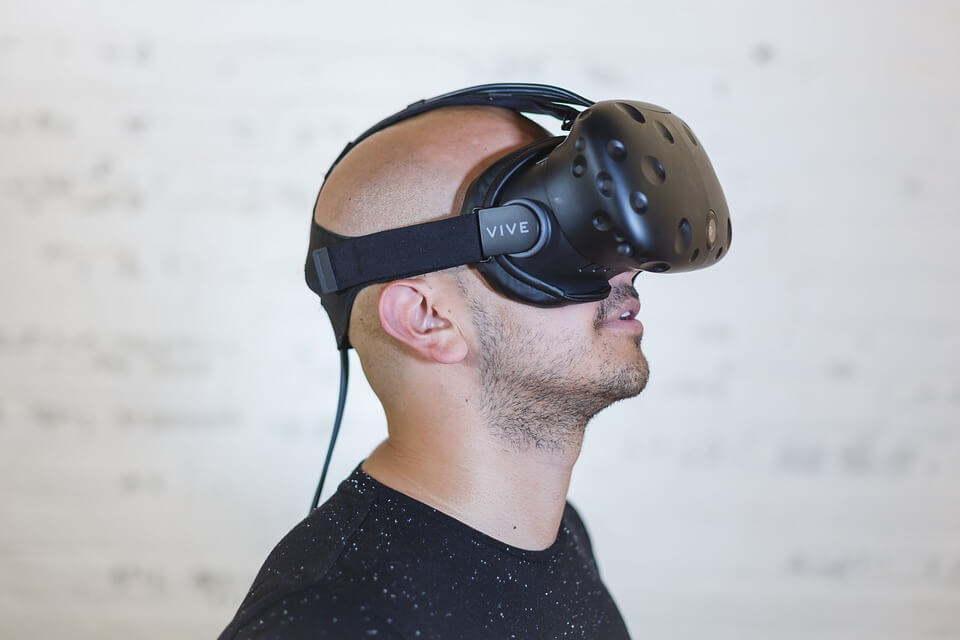 After every big play made by the Vikings, a Gjallarhorn is sounded as everyone celebrates. The horn is also sounded during pre-game activities. Listen for the Gjallarhorn for the opportunity to take part in this Vikings game day tradition. 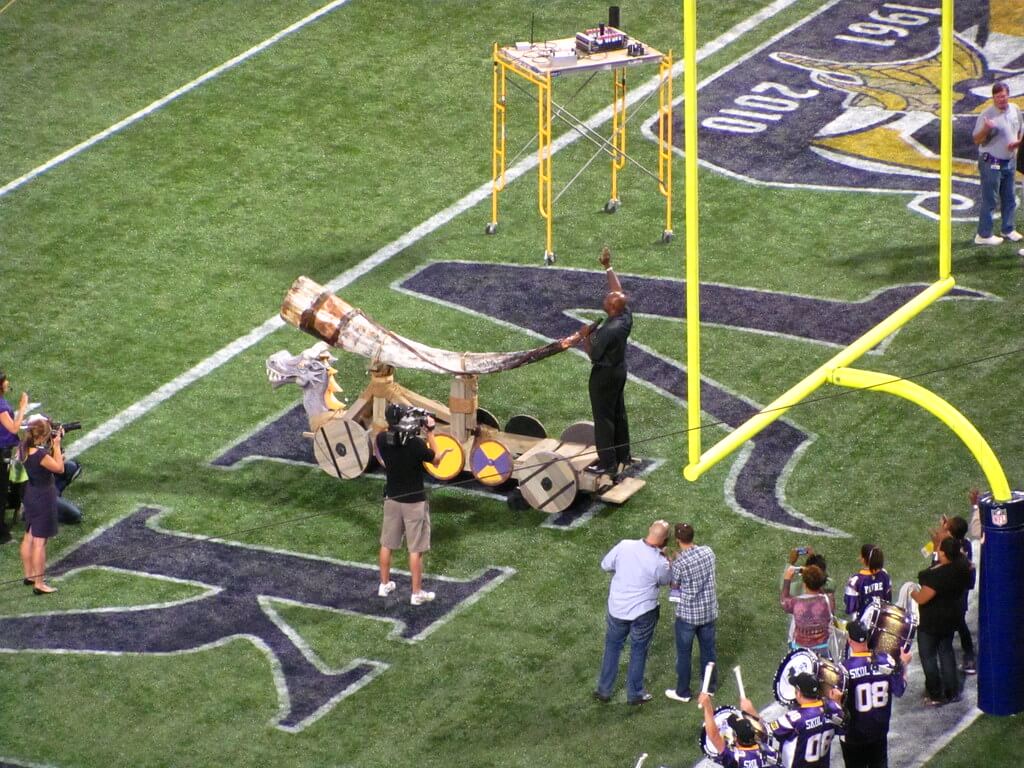 Helga Hats are part of the traditional Vikings fan game day attire. These hats feature a purple hat with white horns and blond braids. Pick up a Helga Hat to fit in with the rest of the Vikings fans at the game. 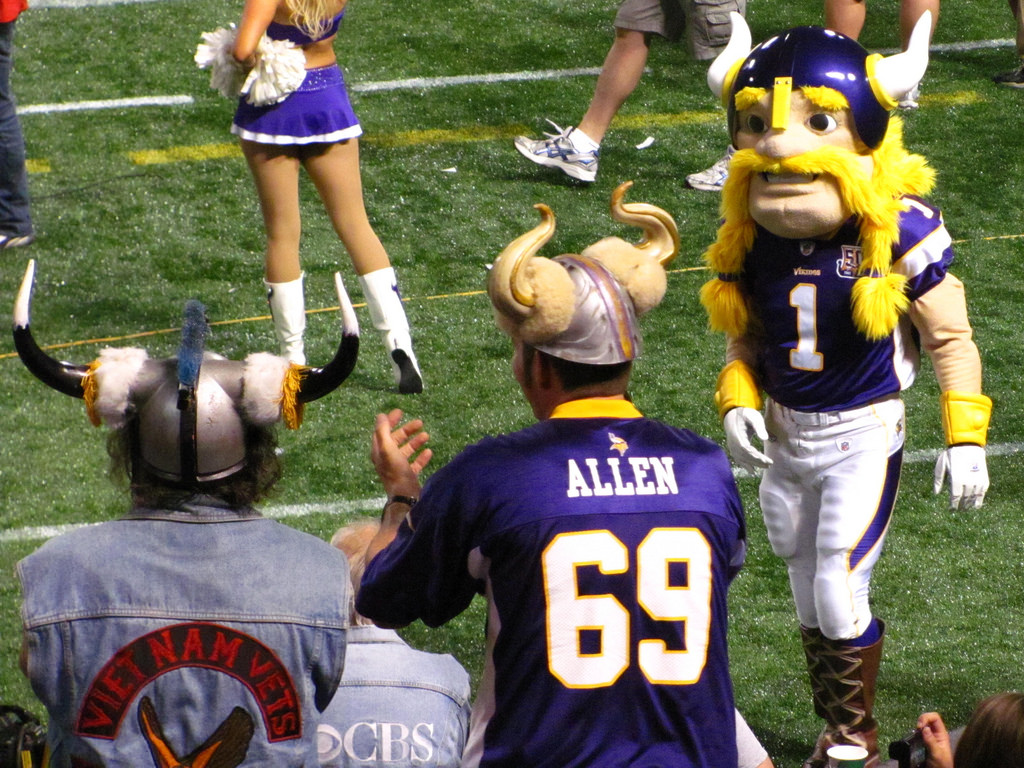 The Vikings-Packers Rivalry stems from the close proximity of the two fanbases as the Twin Cities are only a few miles from the Wisconsin border. The rivalry began in 1961 when the Vikings entered the league and have been going strong ever since. One of the biggest moments in the rivalry happened in 2009 when Brett Favre returned to Lambeau Field as a Viking and led them to a 38-26 victory. The Packers lead the all-time series 58-49-2, however, the playoff series is tied at 1-1. 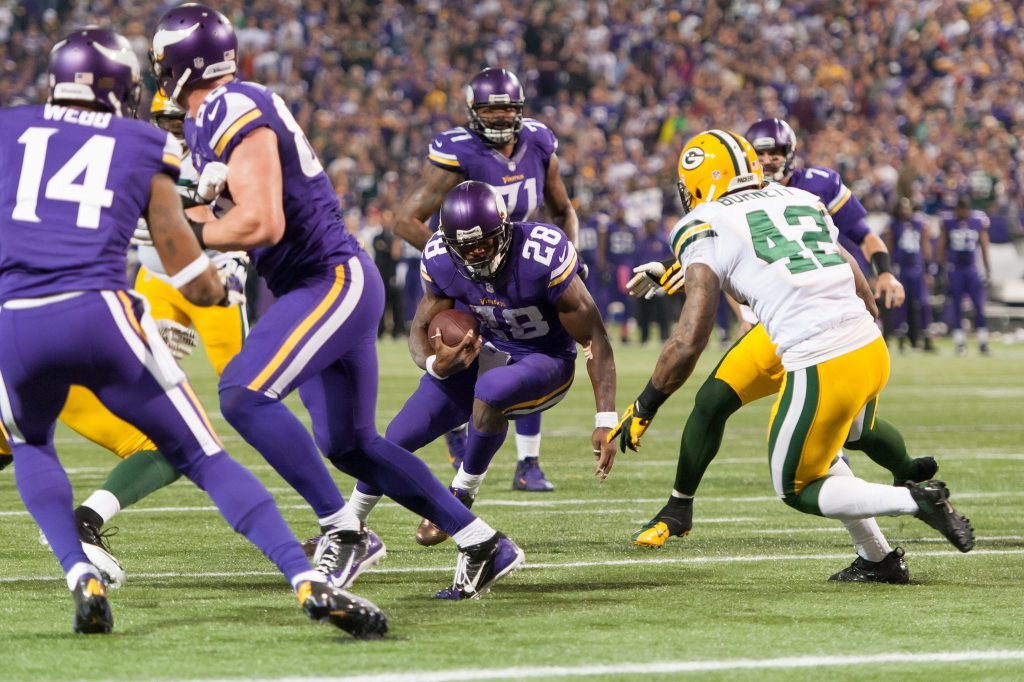 Viking World Order is a group of the Vikings super fans. The Viking World Order is not for the faint of heart though as these fans are as diehard as they come. Being part of the VWO means that you give the Vikings your unwavering support even during the most trying times. The VWO even gives its members nicknames and ranks. If you’re looking to tailgate with the most diehard Vikes fans out there then look no further than the VWO. 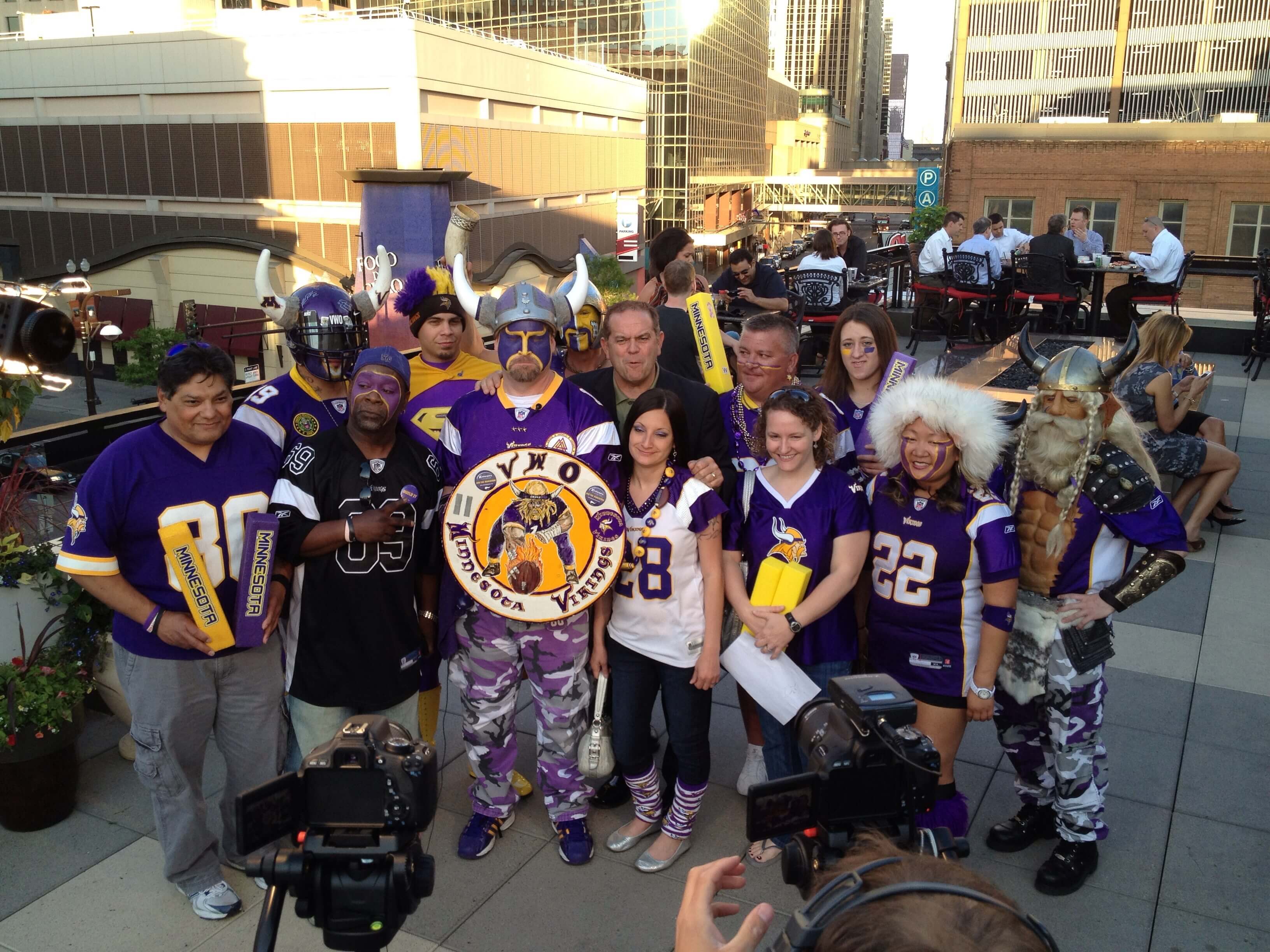 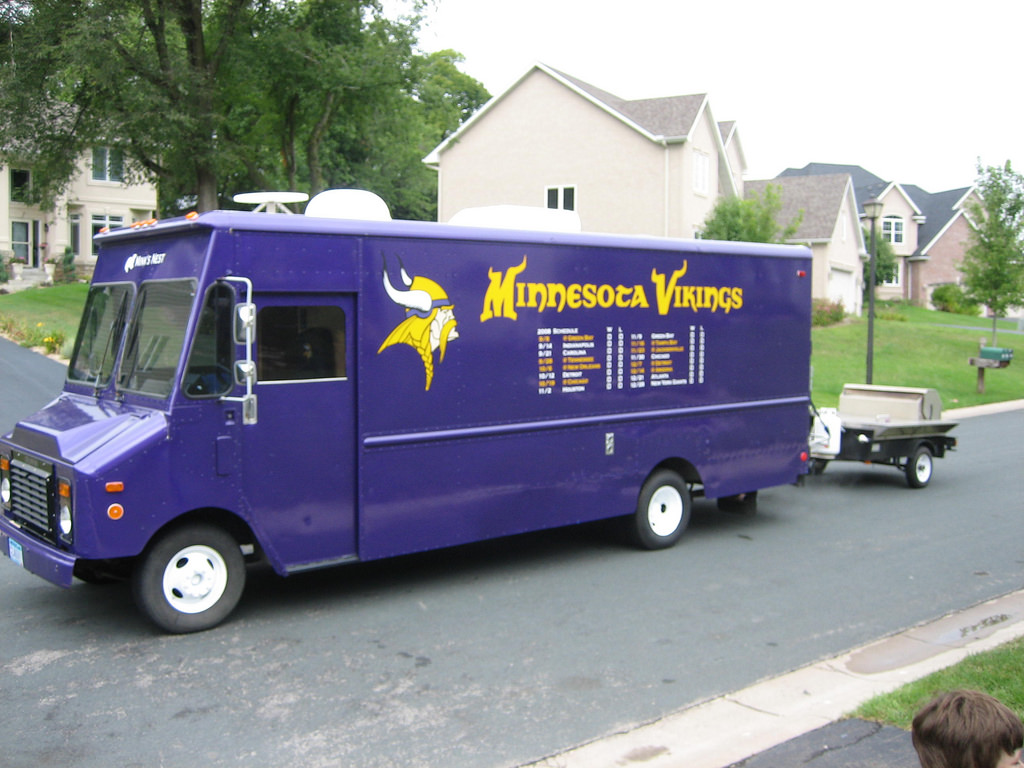