The most distinct (and loud) tradition at Mississippi State University is the use of cowbells during the game. The origins of this tradition are unclear, but the cowbell has been a staple of Bulldogs games since the 50s. The tradition was put on hold though for a while when the SEC banned artificial noisemakers that making it illegal to sound the cowbell during the game, thus halting the tradition for the next thirty-six years. During the spring of 2010, the twelve SEC schools agreed to make a compromise regarding noisemakers as the cowbells were a historical and significant role in Mississippi State University history. So in the fall of 2010, cowbells were permitted on a one-year trial basis with specified restrictions (pregame, quarter breaks, half-times, time outs, and when Mississippi scores); due to Bulldogs fans adhering to and being respectful of the restrictions in place, cowbells are officially allowed back into Davis Wade Stadium. 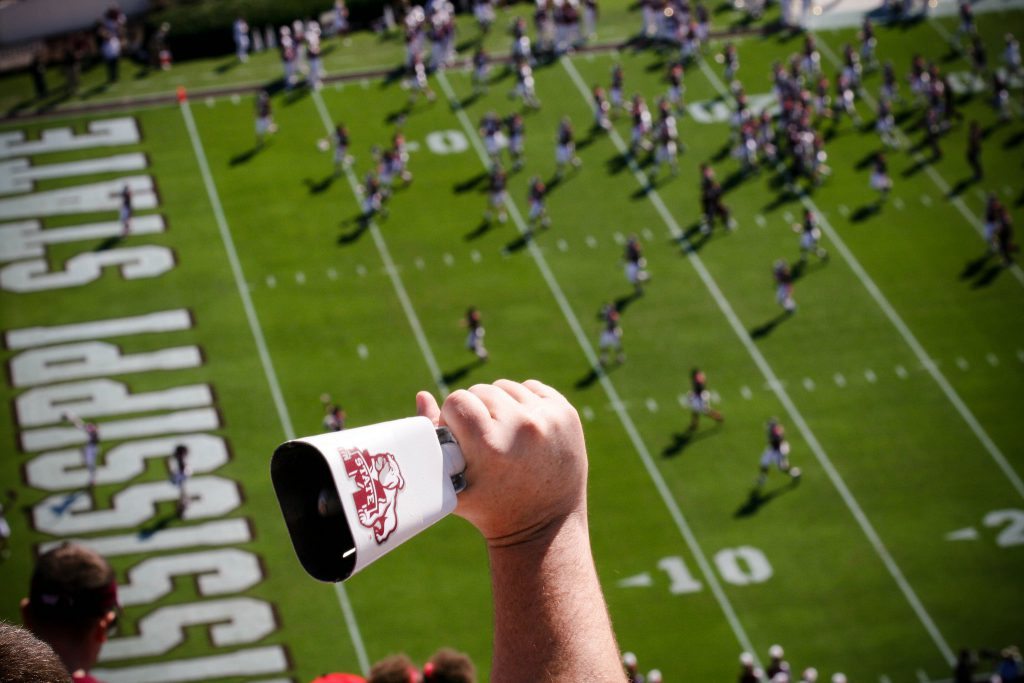 When looking for a spot to tailgate at MSU, look no further than the Junction. Added in 2007, it gives fans a place to come before game day, as well as on game day. It is open after 4 pm the day before game day and 5 hours before the game on game day. The Junction provides an amazing tailgating experience and is one of the best tailgate spots in the country.

Every year the Bulldogs play their archrivals Ole Miss for the Golden Egg. This rivalry began when Mississippi State had to protect their goal posts with wooden chairs from Ole Miss fans. These two teams clash every year for the grand prize of being the coveted Egg Bowl victor. Ole Miss holds the edge in the all-time series 62-43-6, but the Bulldogs will look to narrow the gap when these instate rivals meet next.

The Famous Maroon Band is the official band of Mississippi State University. The band can be found performing at the tailgate as well as during the pregame and halftime. One of the most famous routines performed by the band is the spelling out of STATE during the pregame performance, which is accompanied by fans cheering and ringing their cowbells. 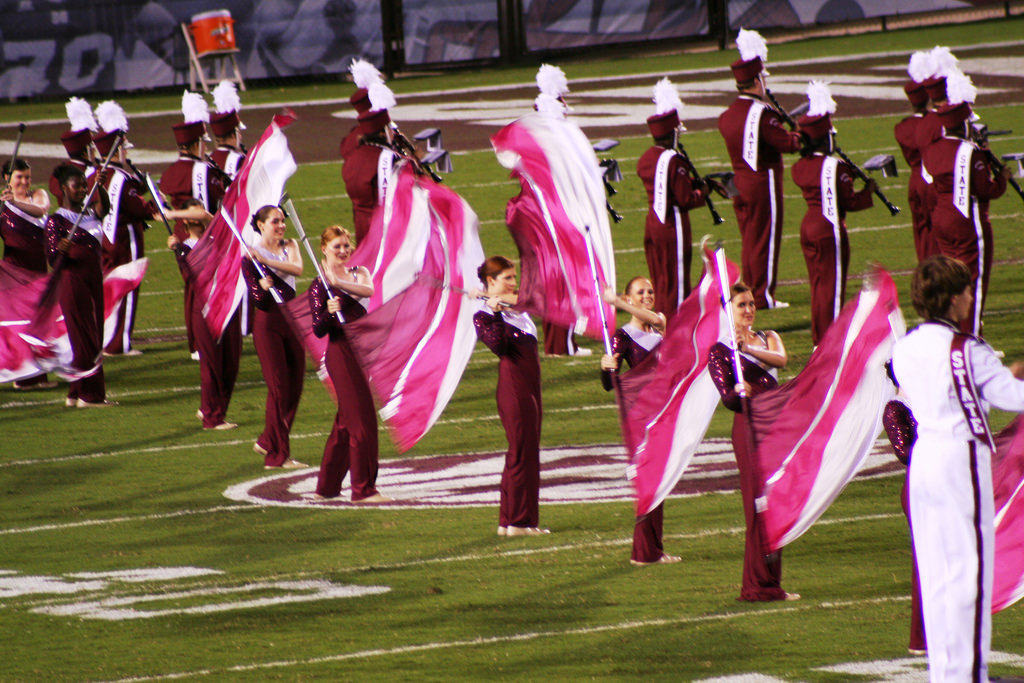 The live mascot of Mississippi State University is Bully, an American Kennel Club registered English Bulldog and had been the official mascot of MSU since 1935. A student wearing a Bulldog suit (also named Bully) is part of the MSU cheerleading team and helps to stir up State spirit at games and pep rallies.

If you want to tailgate in style at Mississippi State then check out The 1878 Club. Here you’ll find a whole group of suites designed for the premium tailgating experience. These 400-foot suites feature hardwood floors, stainless steel appliances, vaulted ceilings, and four HD TVs.

This luxury seating area is unique to Mississippi state and cannot be found anywhere else throughout college football. It’s meant to be an authentic replica of the field, but you’ll also find that it’s filled to the brim with modern furniture and amenities. The Gridiron is great and will even allow you to be right next to Scott Field.

Despite having the 5th oldest stadium in college football history, Davis Wade Stadium is home to some of the most advanced scoreboards, too. See replays, and maybe you can help tell the refs to reverse a call. Or just be close to the action no matter where you’re sitting. Either way, it’s a sight in itself. 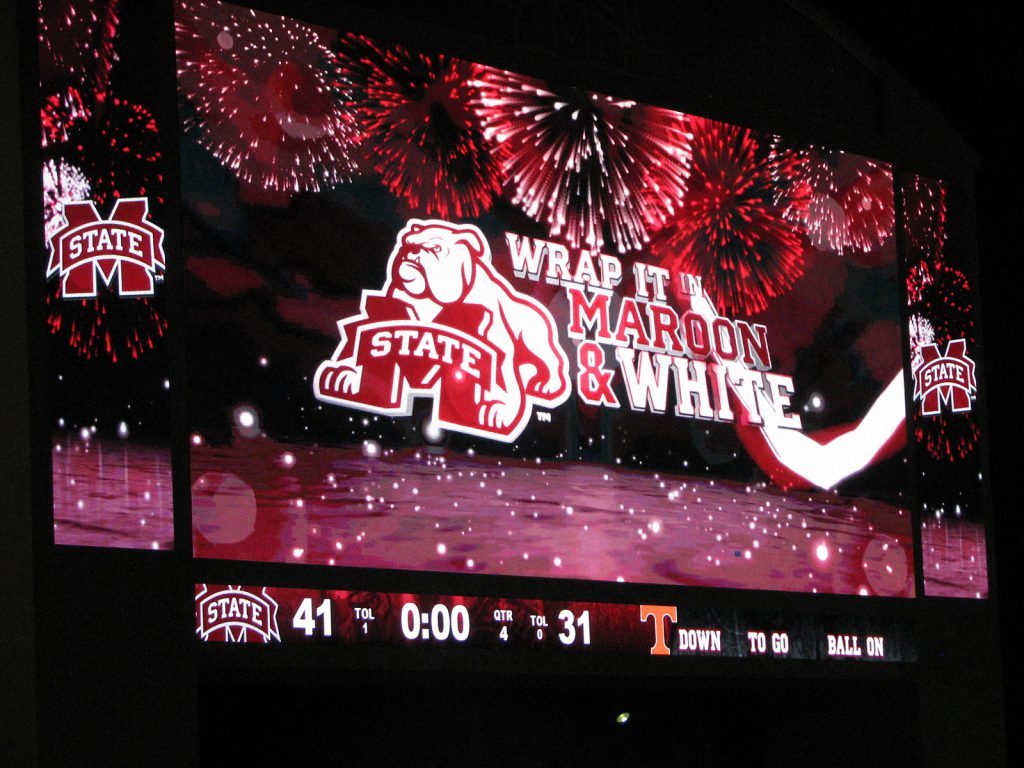 The Dawg Walk takes places approximately two hours before kickoff and is a chance for all Bulldogs fans to show off their MSU spirit. You’ll be able to see the band, cheer team, players, and coaches march to the stadium right before your very eyes. Make sure to get to the game early so that you can take part in this great tradition.

Since 2009 the Bulldogs have had one of the most impressive sellout streaks in the nation having sold out 30 home games. The streak shows off the loyalty and dedication of the fan base. This impressive streak is of great pride to the fans and is on par with some of the winningest teams in this time span.