Home of the NMSU Aggies

Despite their struggles on the field New Mexico State still manages to produce a top notch football game experience that any big time college football fan would relish the opportunity to take part in. You’ll find plenty of traditions on display when attending an Aggies game making a trip to Las Cruces well worth your time.

Whether it’s the Giant A overlooking the stands, Keystone leading the team onto the field, or the loud ringing of cowbells you’ll know that you’re taking in a Division I college football game based on the strong sense of tradition that surrounds you in Aggie Memorial Stadium. Right from the get go you’ll know you’re experiencing something special when the entire stadium erupts into cheers and applause when Keystone leads the team out onto the field. From there on things only get better, as you’ll take part in several time-honored Aggies traditions as the game goes along.

Aggie Memorial Stadium may look like a nondescript bowl from overhead, however, inside the stadium, you’ll find that there are plenty of subtle touches that give it a unique feel and let fans know exactly where they are when attending an Aggies game. The rock garden in the north end zone features several types of desert vegetation and gives the stadium a uniquely southwestern feel, while the retired numbers on the skyboxes pay tribute to some of the greatest players in Aggies history giving the stadium a unique flare.

Finally, the fans at Aggies games are among some of the most diehards around. Struggles on the field mean that at times the stadium isn’t quite as packed as other venues. However, when a major rival comes to town you’ll find a sea of crimson and white filling the stand of Aggie Memorial Stadium. No matter who the opposition is though the fans in attendance will cheer hard for the Aggies, as they root them onto victory.

You’ll have an outstanding time taking in a game at Aggie Memorial Stadium where you’ll find a ton of tradition and great fans who love football and their Aggies. 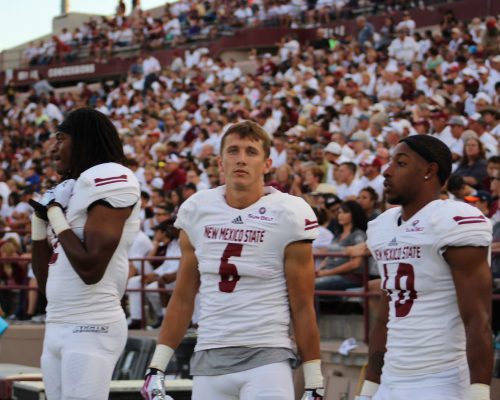 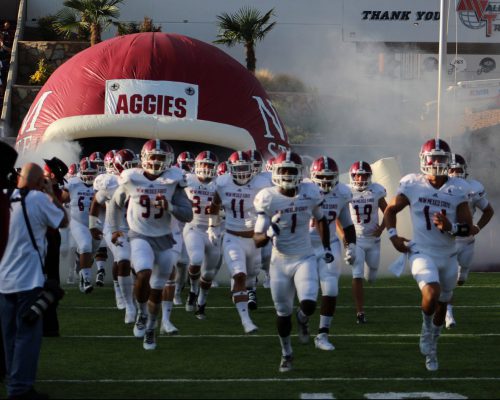 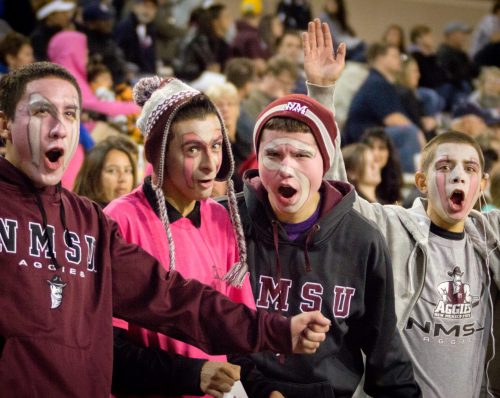 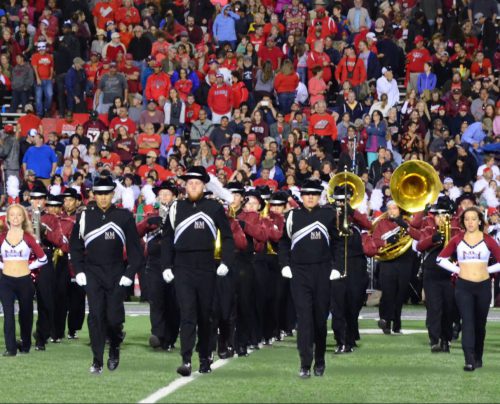 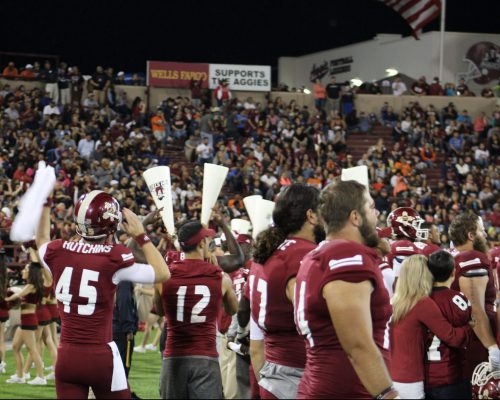 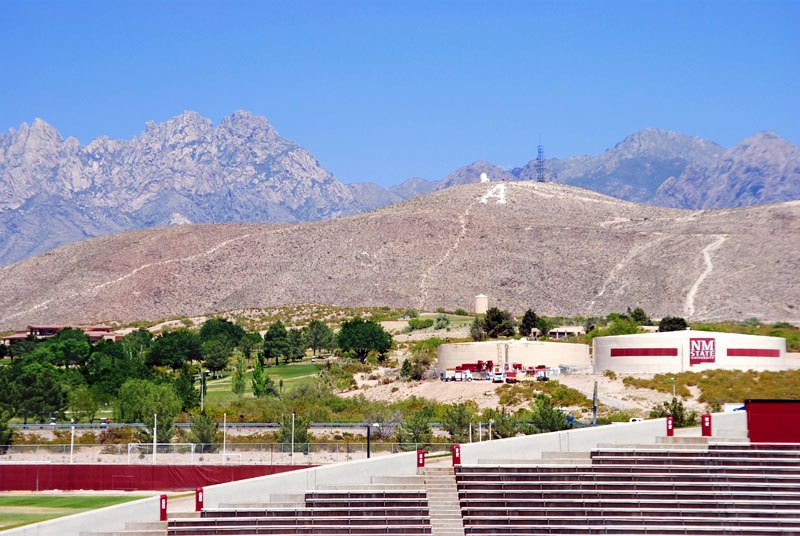 The Giant A on the mountains overlooking the stadium is quite the sight to behold and lets you know exactly who you are going to be seeing on the field. You’ll be able to see this giant landmark from many locations throughout the stadium, so make sure to take it in when attending an Aggies game. 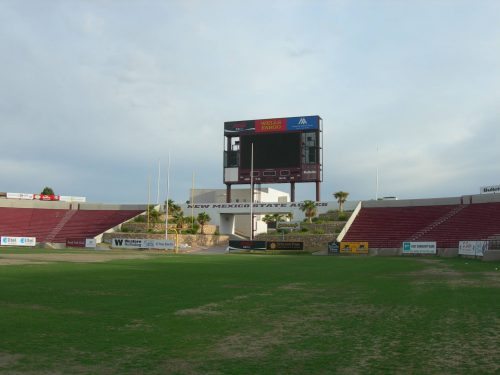 The rock garden in the north end zone features several types of desert vegetation and gives the stadium a uniquely southwestern feel. Stop by and check it out during the game. 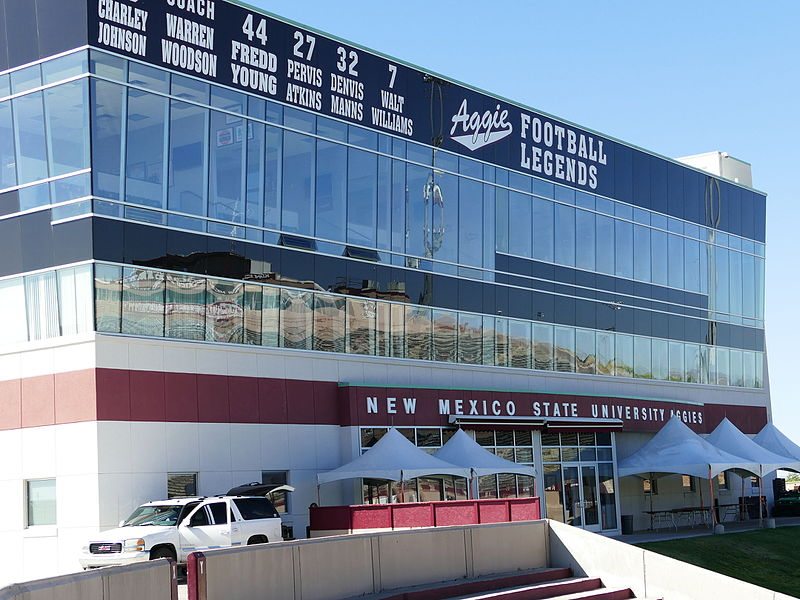 Not only is the Fulton Center Skybox home to the most luxurious seats in Aggie Memorial Stadium, but it also showcases the pride and tradition of Aggies athletics. On the outside of the skybox, you’ll be able to see the retired numbers of former Aggies greats, which showcases the strong football tradition that New Mexico State has to offer. 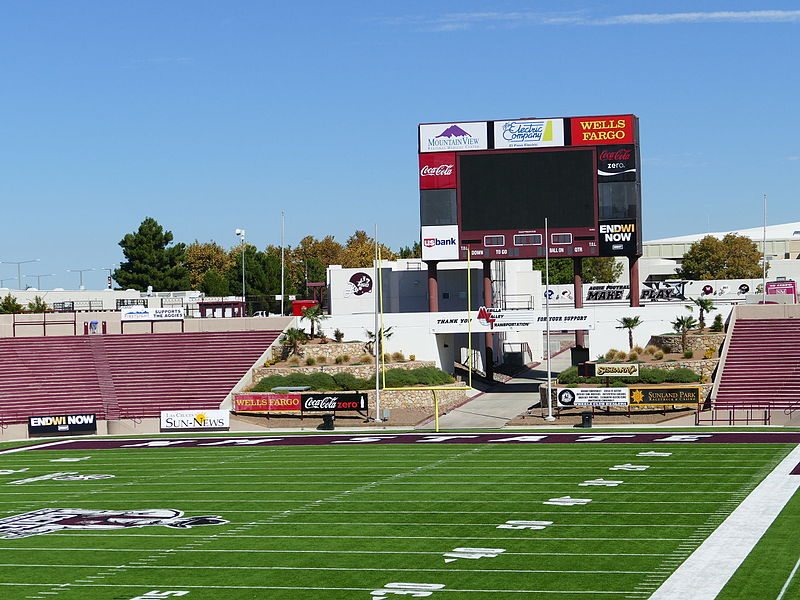 Located outside of the north end zone there is a banner that displays the school's fight song. This banner serves as the perfect way to remind Aggies fans of the words to the fight song while also providing the words to the song for first-time fans trying to get in on the rich tradition of Aggies football. 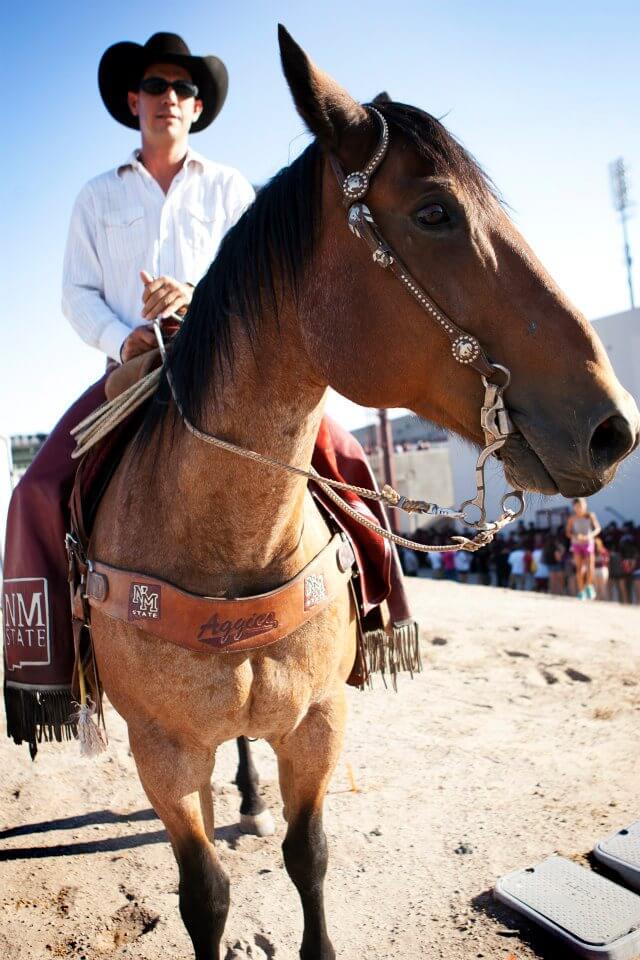 Every game you’ll be able to spot Keystone leading the team onto the field as the crowd erupts into an uproarious cheer. The horse then proceeds to run around the stadium before kickoff to pump up the crowd and get everyone worked up into a frenzy. The atmosphere created by Keystone is electric so make sure to get to your seat early as you wouldn’t want to miss this time-honored tradition. 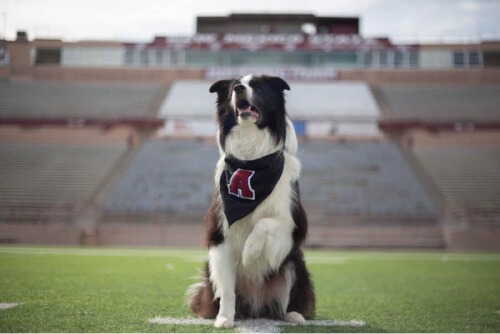 After every Aggies kickoff Striking the Wonder Dog runs onto the field and retrieves the tee. This tradition is a fan favorite and something you’ll surely love to see as well when attending an Aggies game. 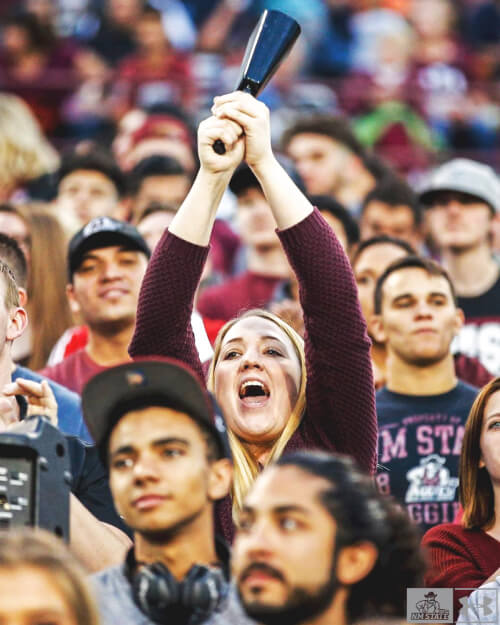 When attending an Aggies game make sure to stop by the team store and grab yourself a cowbell. During critical third down plays Aggies fans ring cowbells to create noise and provide their team with an incredible home field advantage. 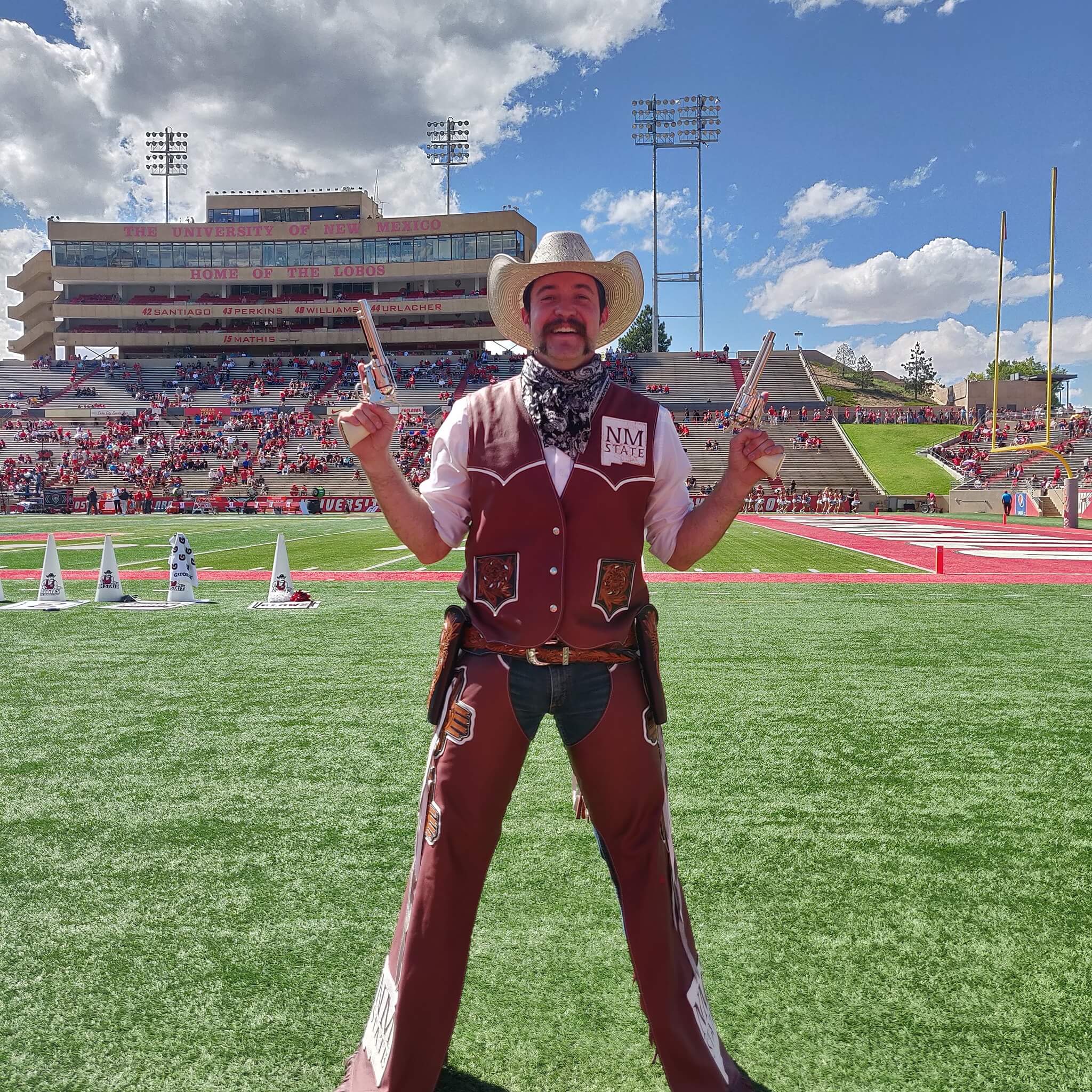 Pistol Pete is the official cowboy mascot of New Mexico State and can be seen at all Aggies home games. He is portrayed by a student dressed in cowboy attire and roams the sideline entertaining fans of all ages throughout the game. 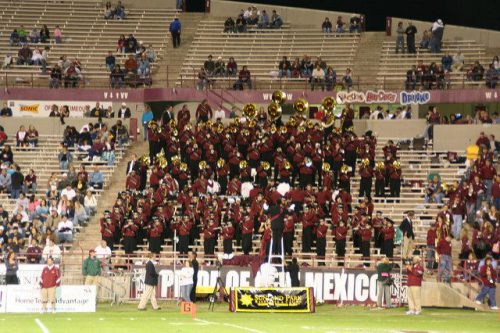 The Pride of New Mexico put on an excellent display at Aggies football games. The marching band performs both before and during the games and plays a key role in creating the superb atmosphere you’ll find at a New Mexico State football game.