Home of the New York Jets

This famous chant is a staple of any New York Jets game as well as one of the most famous crowd chants in all of sports. The chant is performed at kickoff and following every Jets score, as it riles up the crowd and gets everyone into the game. Join in on this great tradition to get the most out of your Jets game day experience. 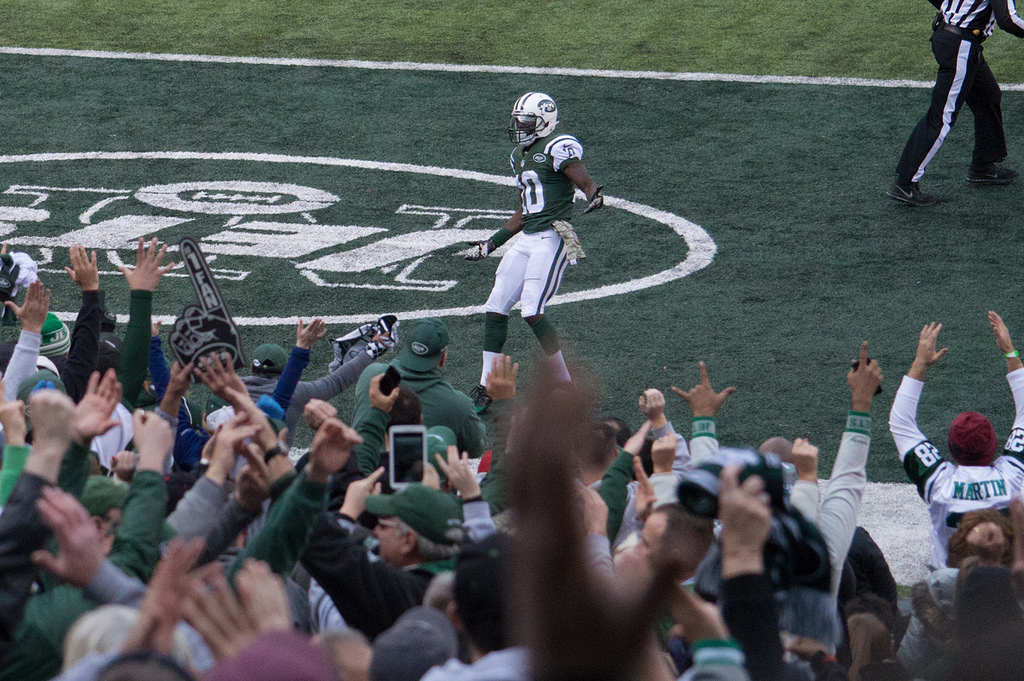 The Flight Crew is the official cheerleading squad of the New York Jets. Look for the Jets Flight Crew to entertain the fans during stoppages in play and on the sideline during the game. 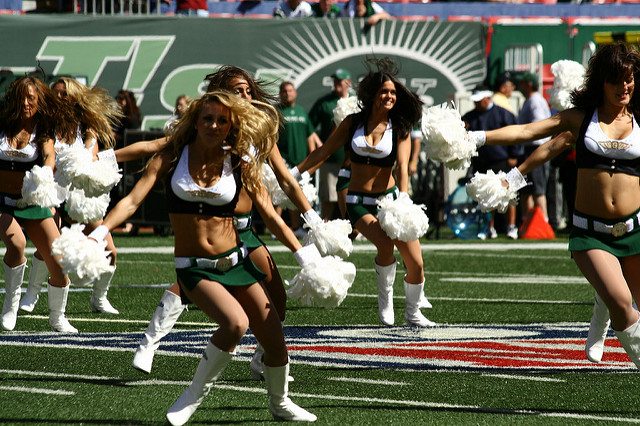 This former Jets superfan may have retired following the Jets’ 2012 matchup against the Patriots. However, he still has played a major role in shaping one of the Jets most famous game day traditions. Ed is such a huge Jets fan that in 1999 he was included in the Hall of Fans at the Pro Football Hall of Fame. 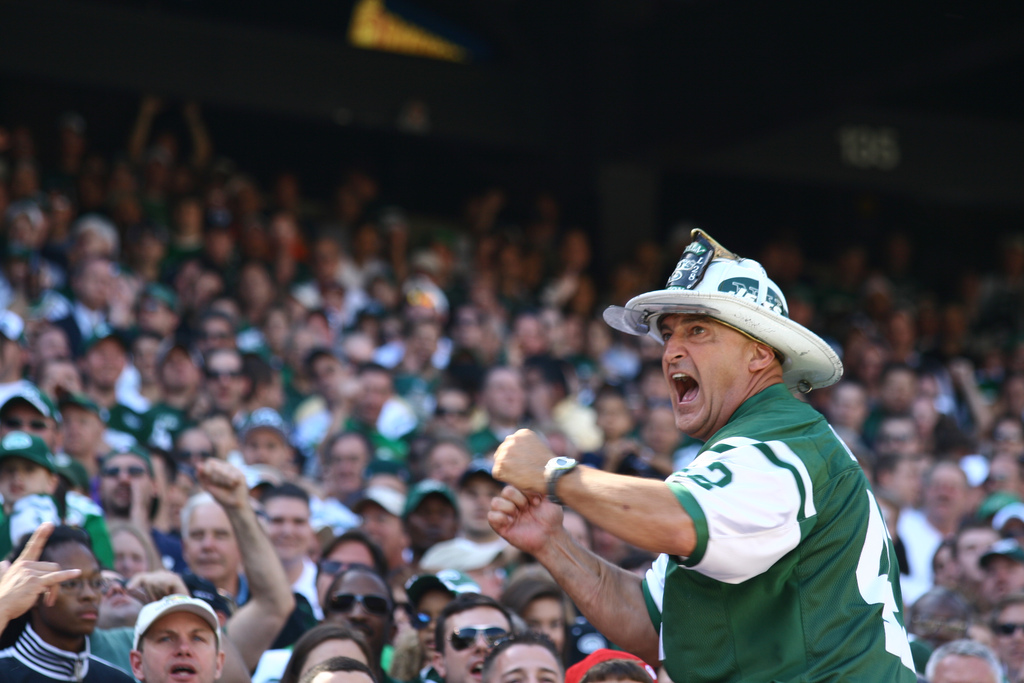 The Aviators Drumline was a relatively new Jets game day tradition having premiered in 2013. The Aviators perform before and during the game as they put on a show not only before the game but also during timeouts. Keep your eyes on the field during timeouts as you wouldn’t want to miss these talented musicians. 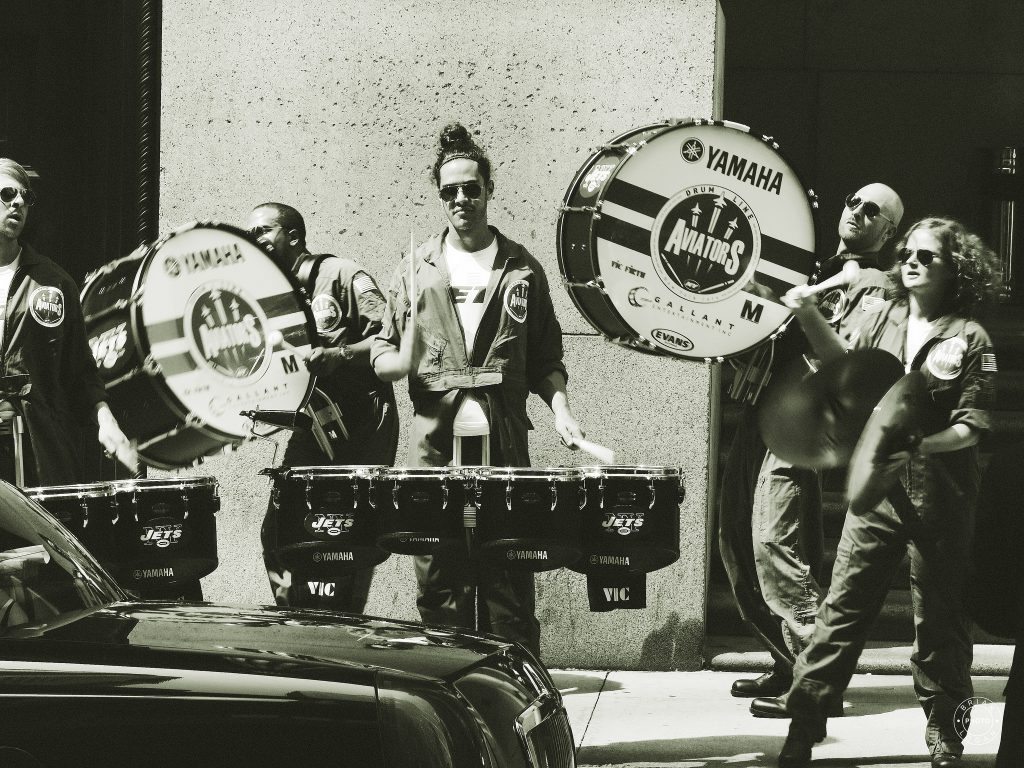 5. Jets Fest Activities on the Plaza

Jets Fest Activities on the Plaza gives a fan the chance to win some great Jets prizes and meet former players during autograph sessions. If you’re looking for something to do before the game head on over to MetLife Central and take place in the pre-game festivities. 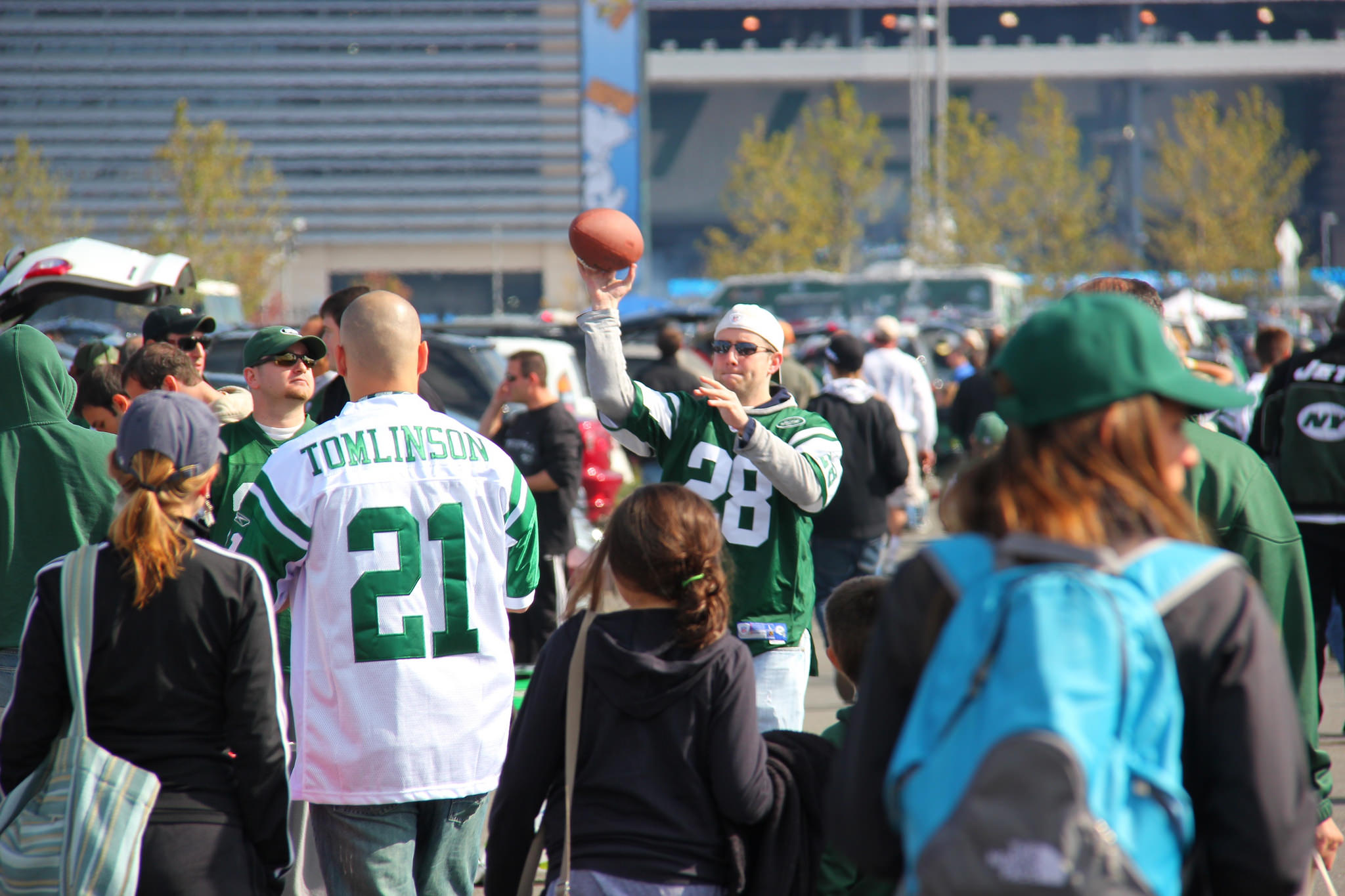 If you’re looking to get the full Jets tailgate experience, but don’t want to set up your party than TailgateJoe.com has you covered. A TailgateJoe.com tailgate party has tons of delicious food and beverages and is also an excellent way to meet other Jets fans. Be sure to check them out if you’re looking for to wonderful Jets tailgating experience. 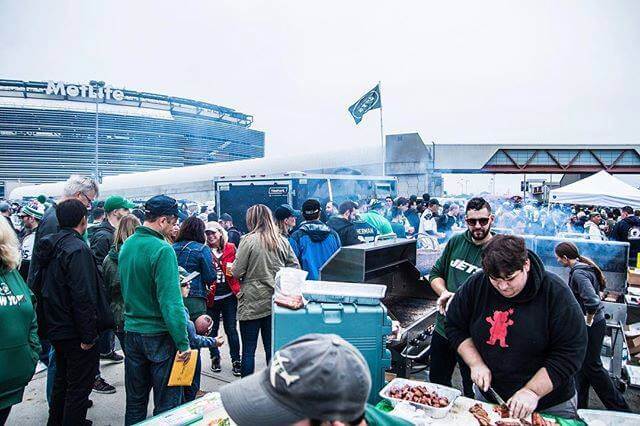 The Jets-Patriots rivalry is one of the oldest in the AFC as the two teams have been division foes since the founding of the AFL in 1960. Over the years there have been many contentious moments between these two including the Jets signing Curtis Martin away from the Patriots, Bill Belichick resigning from the Jets a day after receiving the job to join the Patriots, and Spygate. The Patriots hold a slim 60-54-1 lead in the all-time series. However, the Jets won the last playoff meeting between these two bitter rivals 28-21 in 2011. 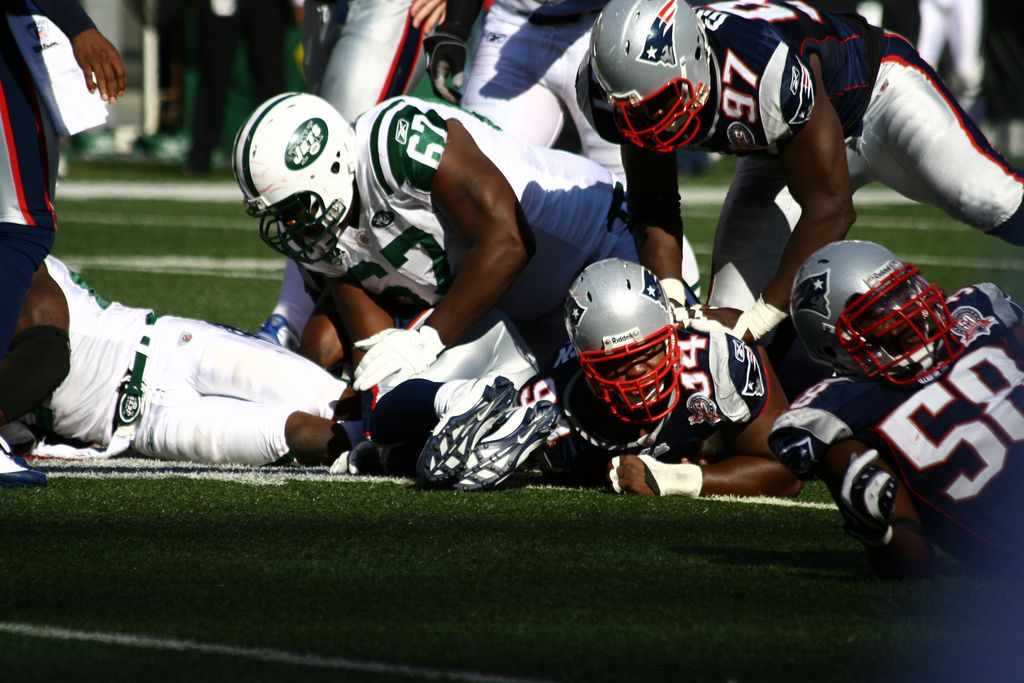 Following every Jets first down the PA announces, “That’s a New York Jets…” and the whole crowd responds, “FIRST DOWN!” Be sure to listen for this classic chant, so that you can join in on the game day atmosphere.

A tour of MetLife Stadium is the perfect thing for fans who arrive in town a couple of days early and are looking for something to do. The tour shows off some of the most exclusive areas of the stadium including the Commissioners Club and the Toyota Coaches Club; you’ll even be able to go on the field. 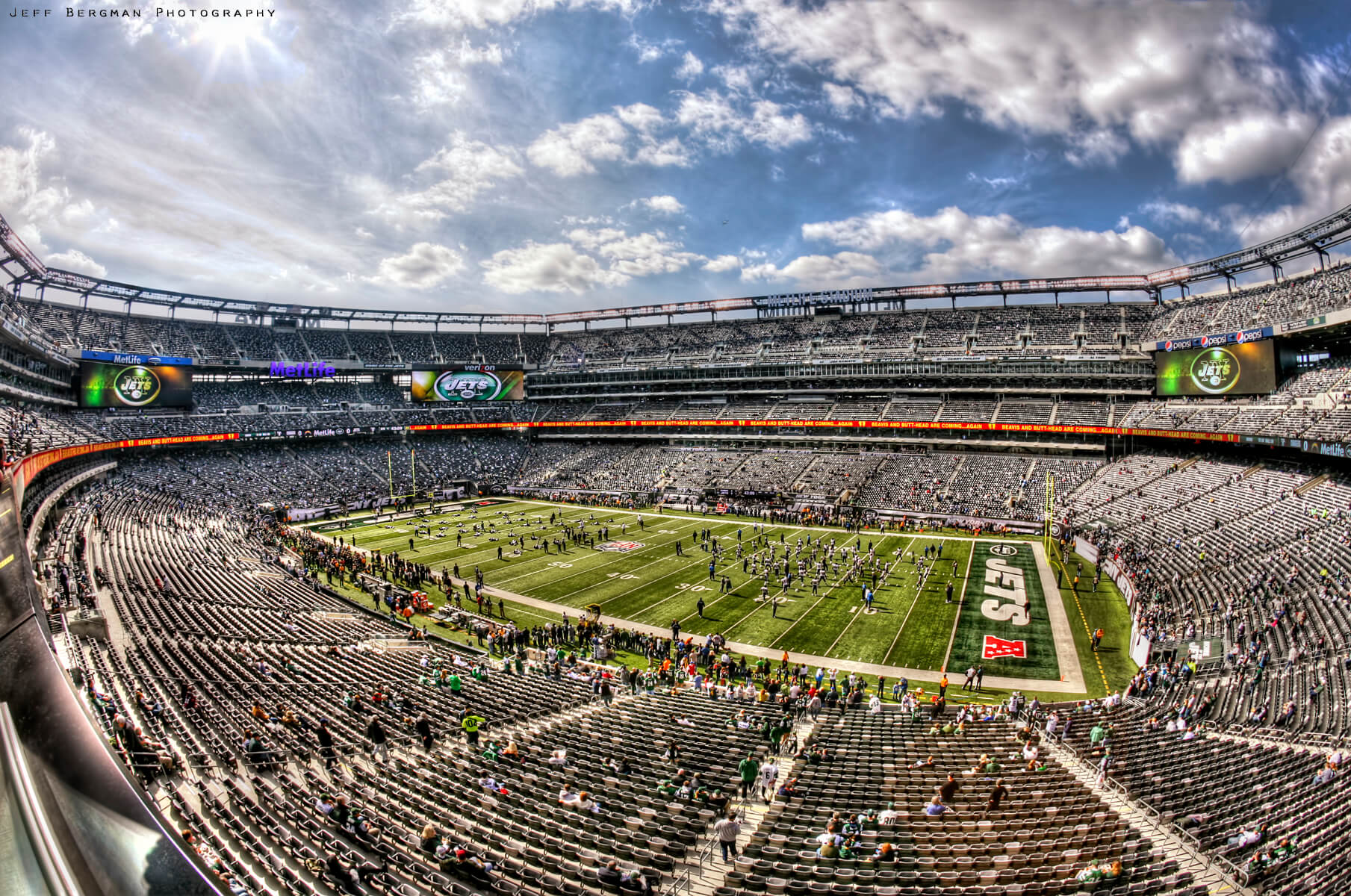 One of the features unique to MetLife Stadium is that the stadium changes depending on whether the Giants or Jets are playing there. Part of this change is the lights inside the stadium can be changed from blue for the Giants to green for the Jets. The end zone decor also must be changed, which takes two crews of four 18 hours to perform. While they may not be much, these small changes go a long way in making MetLife Stadium feel like the home of the Jets. 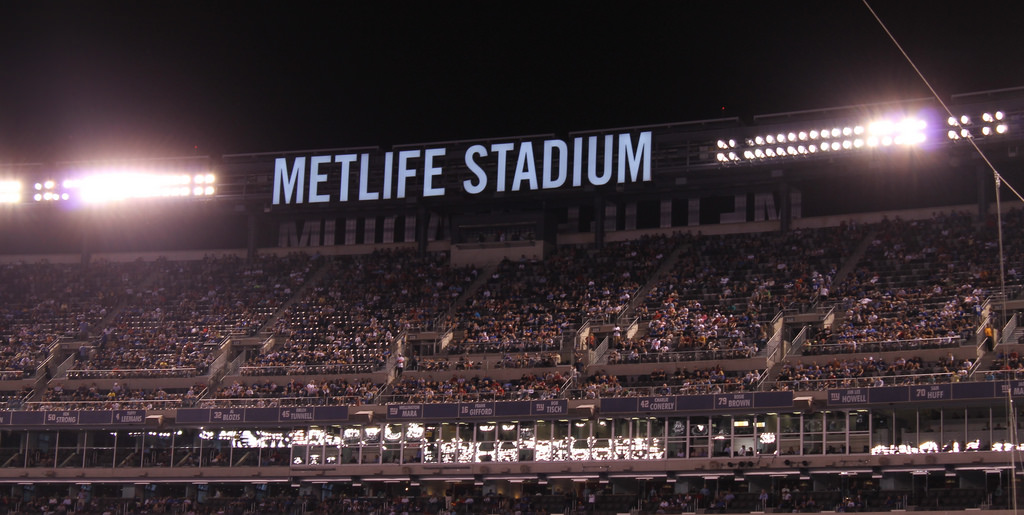