Home of the UNC Tar Heels

Located right next to the Dean Smith Center is the Carolina Basketball Museum. The museum is home to an incredible amount of North Carolina basketball artifacts and is a must-see for basketball fans. It’s open from 10:00 to 4:00 on weekdays and 9:00 to 1:00 on Saturdays, so stop by before the game to check it out.

North Carolina-Duke is arguably the biggest rivalry in college basketball, so if you ever have the chance to attend a game between these two Tobacco Road rivals jump at it. The rivalry has produced many unforgettable moments over the years including Duke’s 87-86 three overtime victory over the Tar Heels in 1968. National media sports outlets like ESPN and Sports Illustrated have ranked the rivalry as the best in college basketball and even North American sports, so make sure to attend a North Carolina-Duke game if you ever get the chance.

During the pregame warmups, the Tar Heels players dance in uniform and then slide on their stomachs. The slide is a lot of fun for the players and everyone in the arena goes crazy when they do it, so arrive early to see this fun game day tradition.

Right before tip-off, the fans jump up and down to “Jump Around” by House of Pain. It gets everyone up and on their feet right before the game starts and is an excellent way to show off your Tar Heels spirit, so join in on the fun.

The rafters above the floor of the Dean Smith Center are littered with banners honoring the best players and teams in Tar Heels history. Take a minute before the game starts to remember all of North Carolina’s best players including the greatest of them all, Michael Jordan. 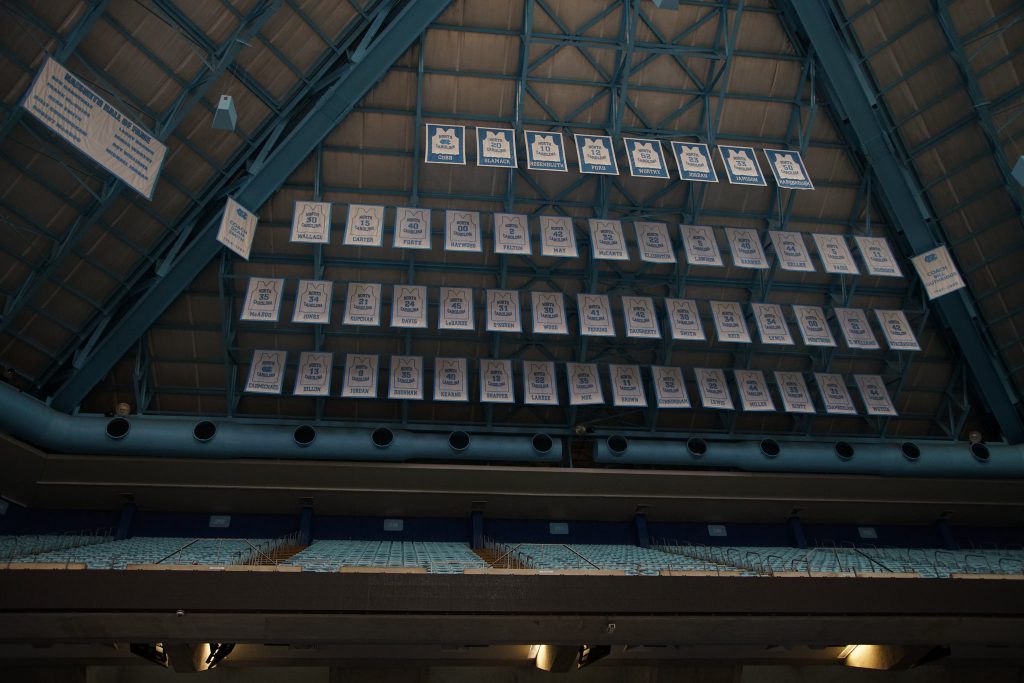 After each bucket the player who made the shot looks and points at the player who passed him the ball. The tradition does an excellent job of promoting teamwork and has become a signature of UNC basketball over the years.

The Tar Pit is the official UNC student section, which remains loud and rambunctious throughout the game regardless of the score. The student section really helps to create the great atmosphere that can be found at a UNC basketball game and also helps spur on their team to victory. If you are looking to sit alongside the wildest and craziest fans at a Tar Heels games, make sure to sit here.

Rameses the Ram has been the Tar Heels mascot since 1924. The mascot was chosen due to the team’s star fullback in 1922 Jack Merritt being nicknamed the “Battering Ram.” Rameses has stuck around ever since and has spawned two versions of the mascot a live ram and an anthropomorphic ram that is part of the cheer squad. Look for the costumed Ramesses to entertain the crowd at a UNC basketball game.

The Tar Heels pep band helps ignite the atmosphere inside the Dean Dome with their incredible performances. All throughout the game, you’ll hear a variety of North Carolina school songs, so enjoy the music of the pep band when attending a Tar Heels basketball game.

Stop by the Tar Heels Team Store if you want to pick up a souvenir from your trip to Chapel Hill. The store is home to a variety of gear including jerseys, t-shirts, hats, and much more. 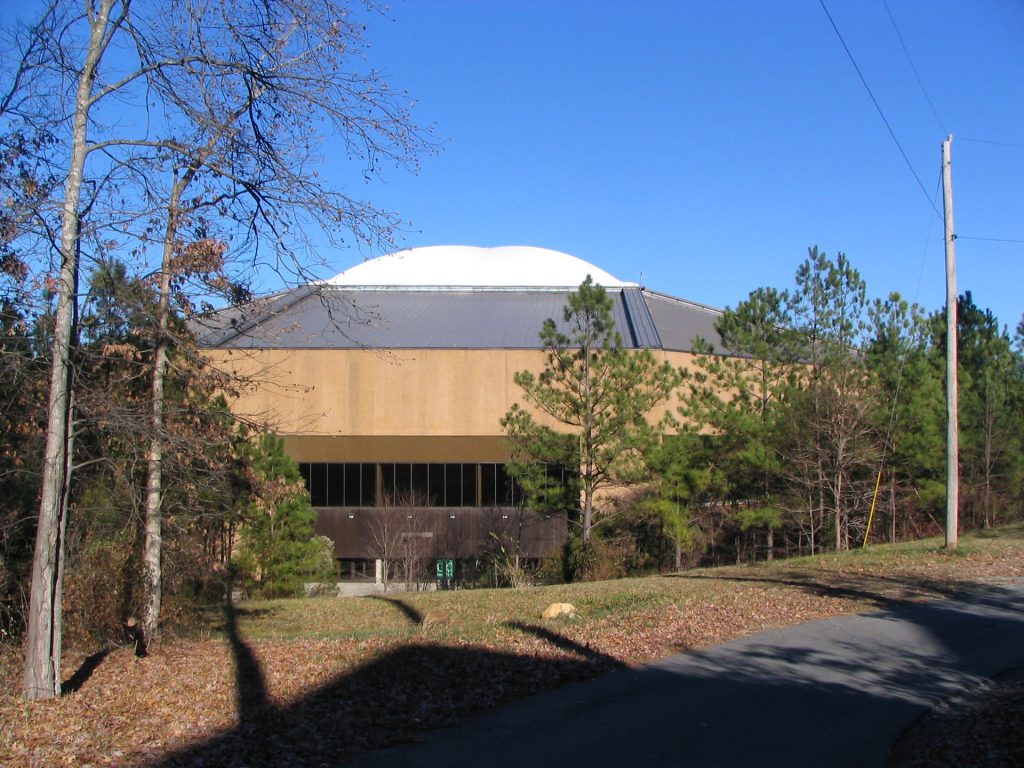