Home of the NIU Huskies

The Northern Illinois Huskies are a resurgent program just an hour outside of Chicago and a big time competitor in the MAC conference.  The Huskies have recently made trips to the Orange Bowl, Boca Raton Bowl, Poinsettia Bowl and played in back to back MAC championships. They had even managed to finish in the Top 25 a few years ago.

With the program’s recent success it should come as no surprise that Northern Illinois provides one of the best gameday atmospheres in the MAC. At Northern Illinois, you’ll find countless banners, flags, and statues displaying Huskies pride all throughout the stadium. You’ll even find the team’s logo painted in the grass behind the south end zone showing off the pride that fills every Northern Illinois fan and student.

You’ll find the fans and students at Northern Illinois can get quite wild on game days. The alumni take a great deal of pride in the team and come out in strong numbers to support the team. The student section at Huskies games is even more intense than the rest of the crowd and has even earned the nickname is the “Red Riot.” If you’re looking to sit with the wildest and most rambunctious fans at the game then being part of the Red Riots is where you’ll want to be. The Red Riot cheers and chants throughout the game pestering the opposition and even the referees at times.

You’ll have a great time attending a Huskies football game where there are enough pride and passion on display to appease any big time college football fan out there. 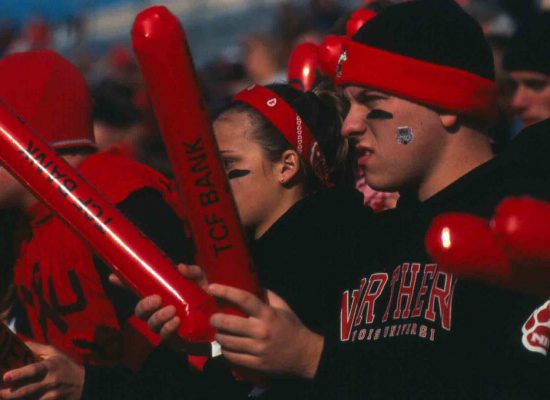 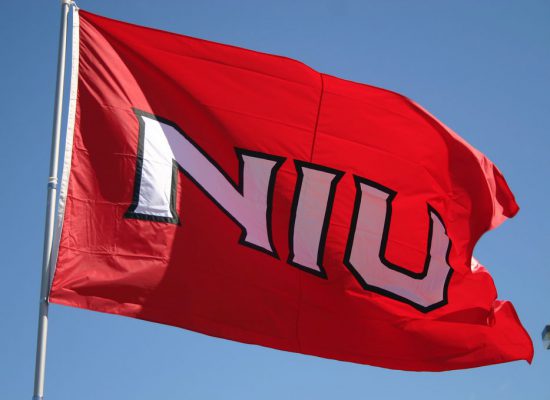 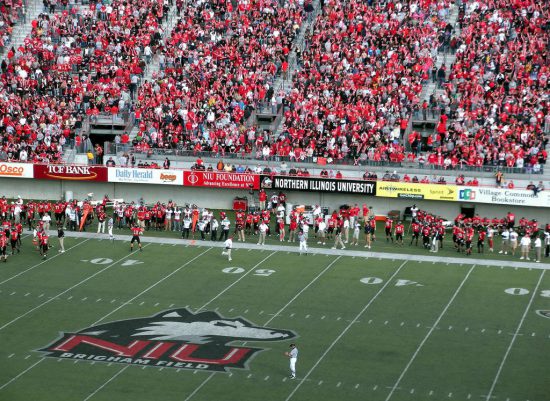 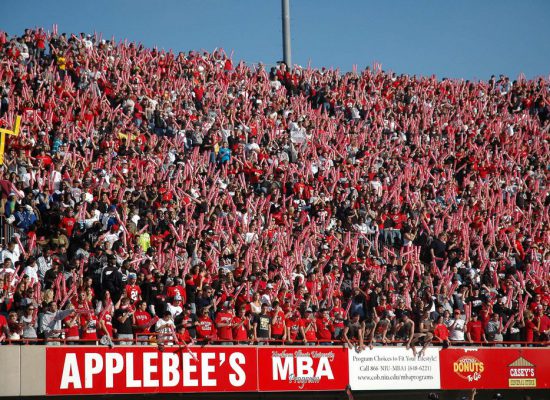 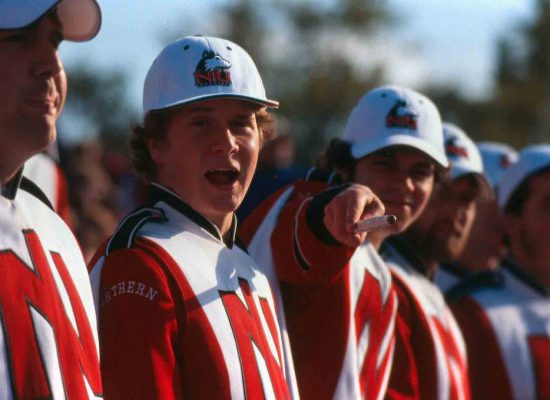 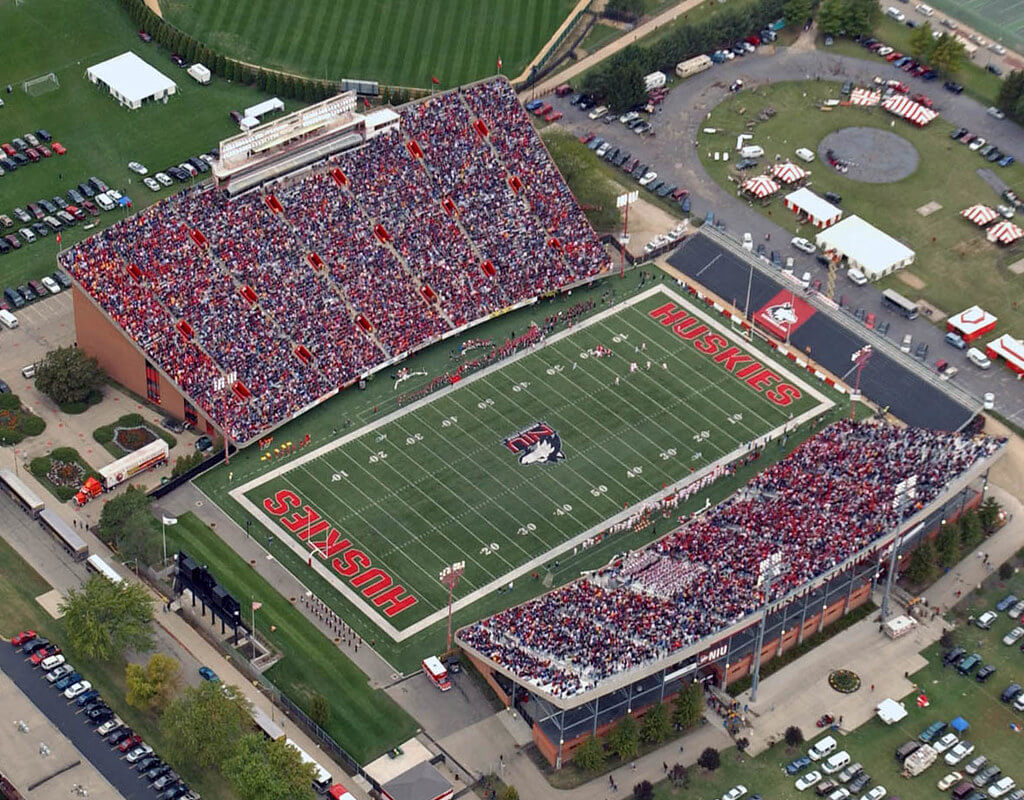 Inside the stadium, you’ll find even more displays of Huskie pride, as not only are there Huskies flags and banners all throughout the stadium, but you’ll also find the Huskies logo painted into the grass behind the south end zone. There is tons of Huskies pride on display at NIU, so take it all in when attending a Huskies game. 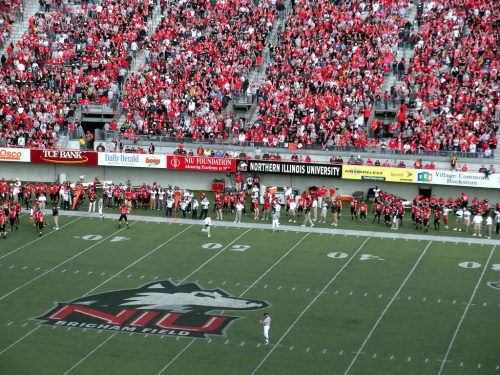 The Red Riot is the nickname given the Huskies student section. The section fills quickly every game and is one of the loudest student sections you will encounter in the MAC. There is always a riot in the student section with raucous chants and infectious energy that is contagious throughout the stadium. 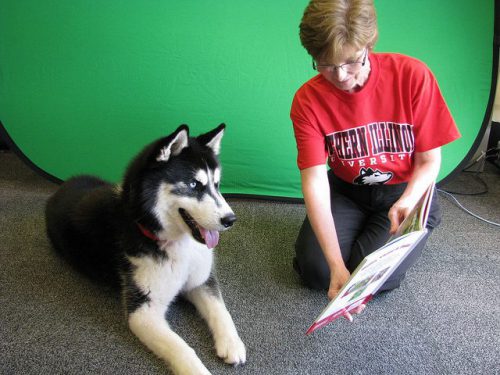 Mission is a live Siberian Huskie mascot that can be found at every NIU game. After every Huskies score Mission sprints across the end zone in celebration, so keep your eyes peeled for this great game day tradition. 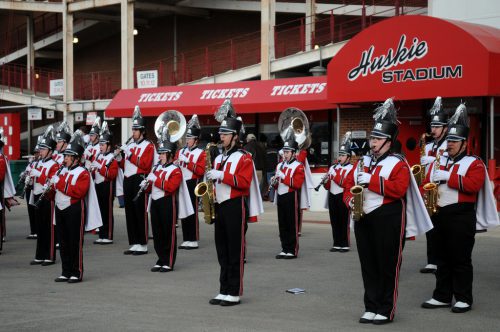 The Huskie Band always knows what tune to play to energize the crowd helping create one of the best home field advantages in the MAC. The pregame and halftime displays they put on are also among the best around, so don’t miss out on this incredible band when attending an NIU game.

Check out the University of Massachusetts stadium guide!