Home of the NIU Huskies

When tailgating at Northern Illinois make sure to get there early for the tailgate, as the lots open 5 hours before kickoff. Huskie fans love to tailgate and getting to the game early ensures you’ll be able to take part in all the fun and exciting pre-game festivities NIU has to offer.

The East and West Lawns are reserved for Alumni donors and are where you can find most of the diehard Huskies fans before the game. The tailgates here are fully equipped with large grills, tents, and even couches. Many of the fans in these lots stay after the game in their tailgate spots to really enjoy the tailgating to its fullest. The East Lawn is also home to the student tailgate, so if you’re looking to let loose and get wild, then the East Lawn is the place to be.

One of the center points of the tailgate party revolves around the Huskie Mobile and the Huskie Bus. The vehicles are owned and operated by a diehard NIU fans and can be found at every Huskies home game. Many students and locals set up their tailgates as close to the vehicles as possible to get in on the Huskie game day spirit that surrounds these impressive tailgate vehicles.

You’ll also be able to take in the NIU drumline when tailgating, as The NIU band’s drumline frequently makes appearances before the game at the tailgate, usually near the Huskie Mobile. You won’t want to miss the drumline performance, which riles the crowd up to a near fever pitch shortly before kickoff.

Finally, if traditional tailgating isn’t your scene then make the short walk to Fatty’s. Here you’ll find a local favorite that serves great burgers and game day wings deal (20 wings for $15).  Whether you stop by before the tailgate or for a post-game snack, you can’t make the trip to DeKalb without stopping at Fatty’s for a bite to eat. 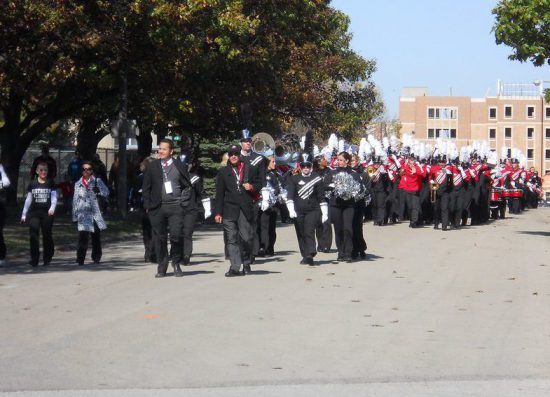 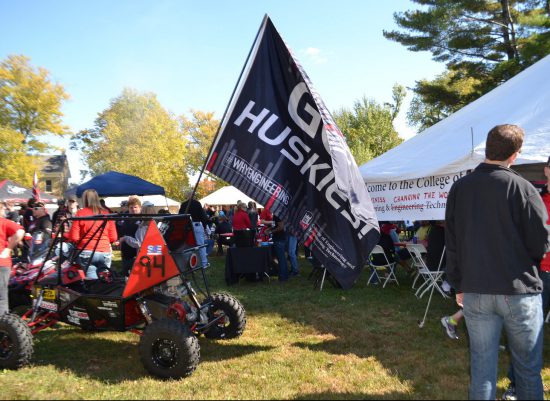 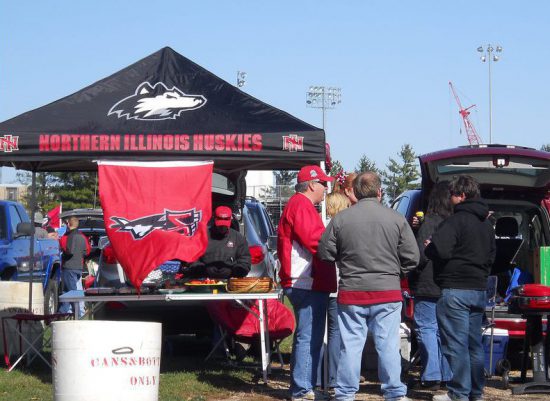 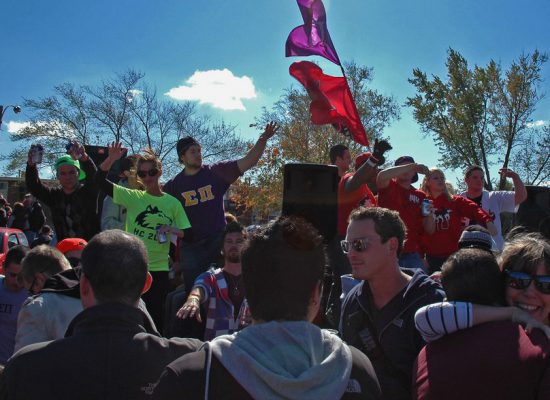 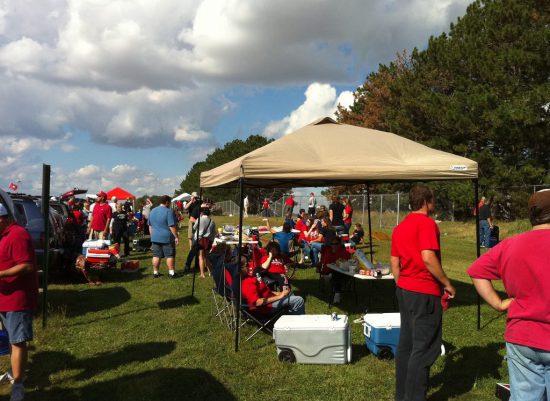 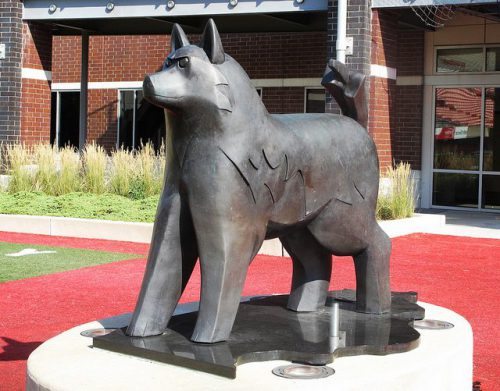 When attending a game at NIU make sure to stop by the Jordan Athletic Center and check out the Huskie statue. The statue does a great job of showing off the school pride that can be found all throughout DeKalb, so make sure to snap a picture of yourself with the statue. 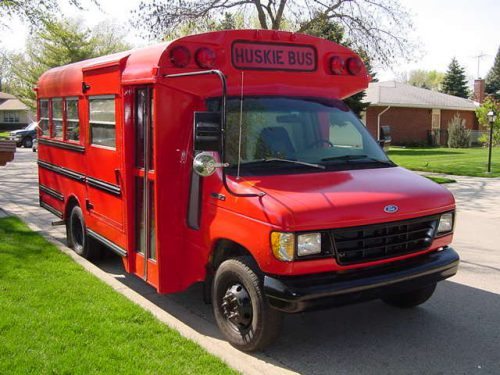 You can see these fun tailgate vehicles at every Huskies tailgate, and they are usually the hub of the NIU pregame party scene so stop by and hangout for a bit. 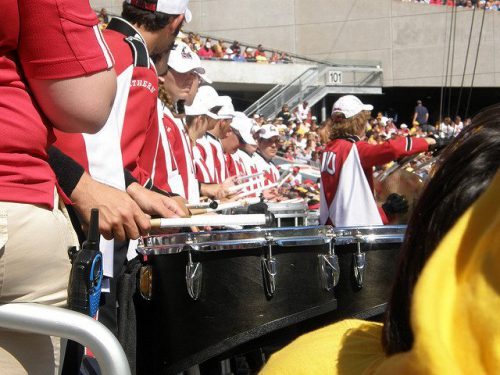 The Drumline makes frequent tailgate appearances and does an outstanding job of riling up the crowd, so make sure to check them out when tailgating in DeKalb. 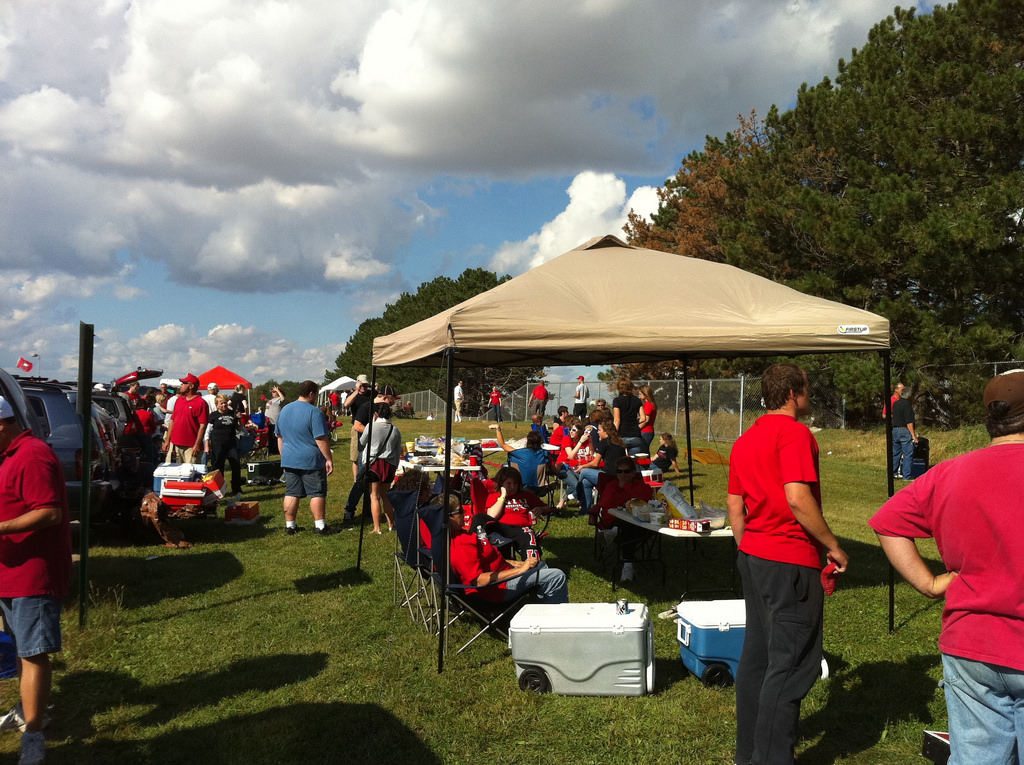 The Yard is the hub of Huskie tailgating. Here on the West Lawn, you’ll be able to meet NIU student-athletes, enjoy live music, and buy food and drinks. The Yard opens two and a half hours before kickoff, so head on down to The Yard before heading into Huskie Stadium.

Check out the University of Toledo tailgating guide!

Check out the University of Massachusetts tailgating guide!

Check out the University of Akron tailgating guide!