Home of the Oakland Athletics

Section 149 is filled with die-hard Oakland Athletics fans that have been loyal to the green and gold for generations. They’re a rowdy, lively bunch and are almost as entertaining as the actual game itself. Some of the shenanigans include Bacon Tuesdays, which started after Kansas City Royals Jeff Francoeur threw a ball wrapped in $100 into section 149 and told the fans to buy beer or bacon. The fans continue with this tradition, and this section in the right field proudly cheers on the A’s regardless of the outcome of the game. 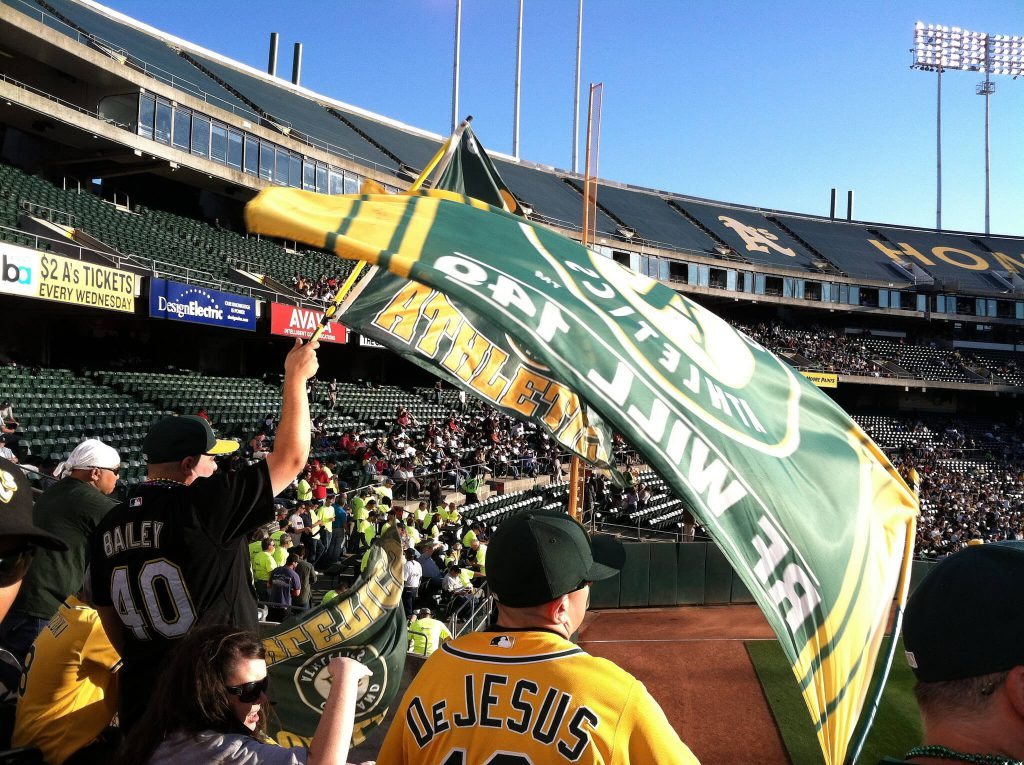 The A’s superfan can be spotted playing his banjo at ever A’s game. Keep your eyes open for Banjo Man as you wouldn’t want to miss him when attending an A’s game. 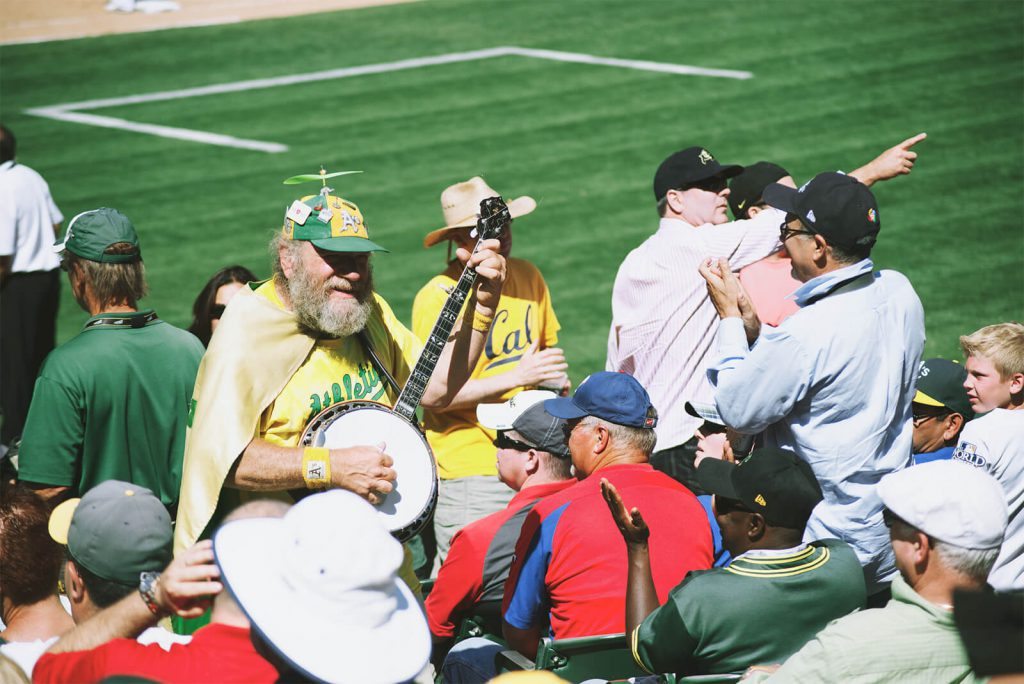 The A’s mascot Stomper is beloved by Oakland fans young and old. Stomper gets into all kinds of shenanigans at games and is a fun part of any A’s game, so don’t miss him during your trip to the Coliseum. 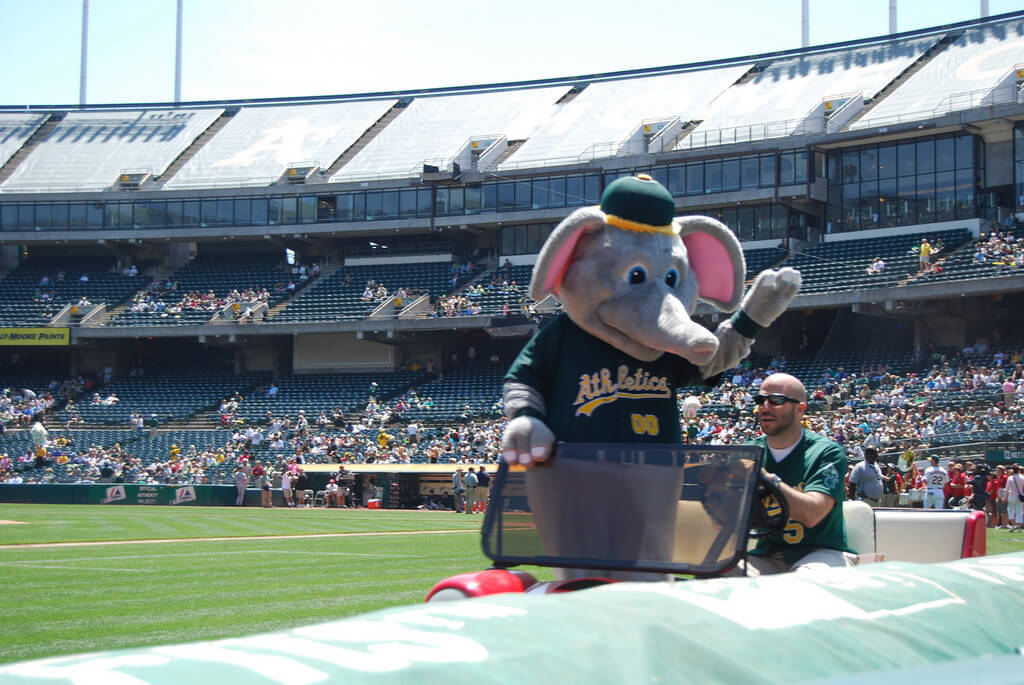 Located on the second level of O.co field, the West Side Club is easily the best food option inside the stadium with lobster rolls, bread pudding, and other items that are better than the typical vendor. 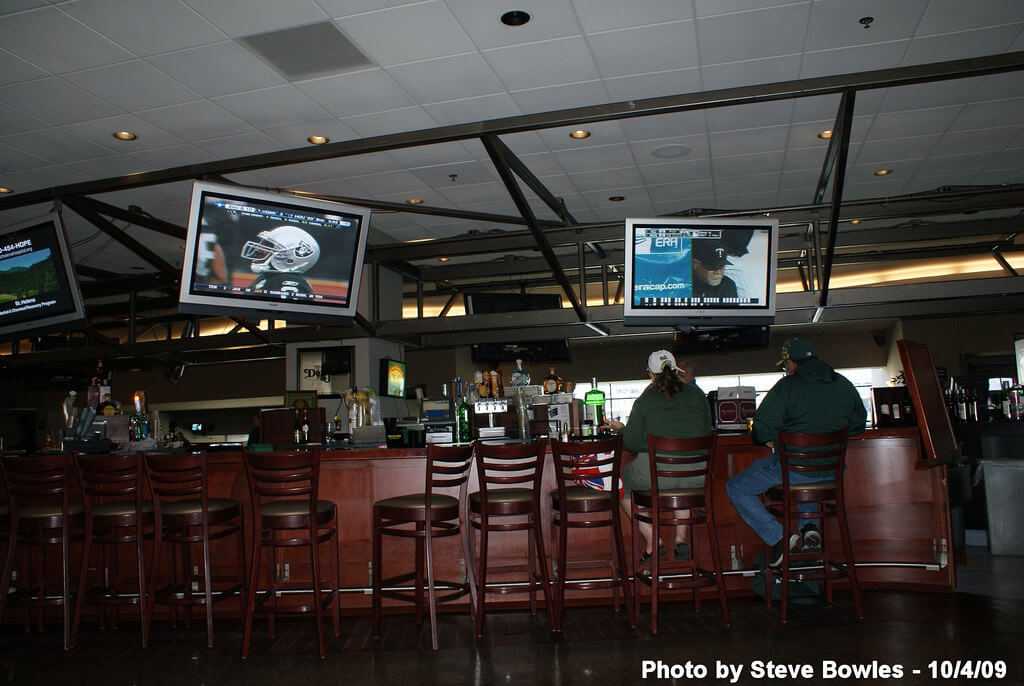 Sitting atop a tarp covering the third outfield deck are massive jerseys painted to honor A’s legends such as Reggie Jackson and Catfish Hunter. Take a minute to remember your favorite A’s of the past by checking out the A’s retired numbers. 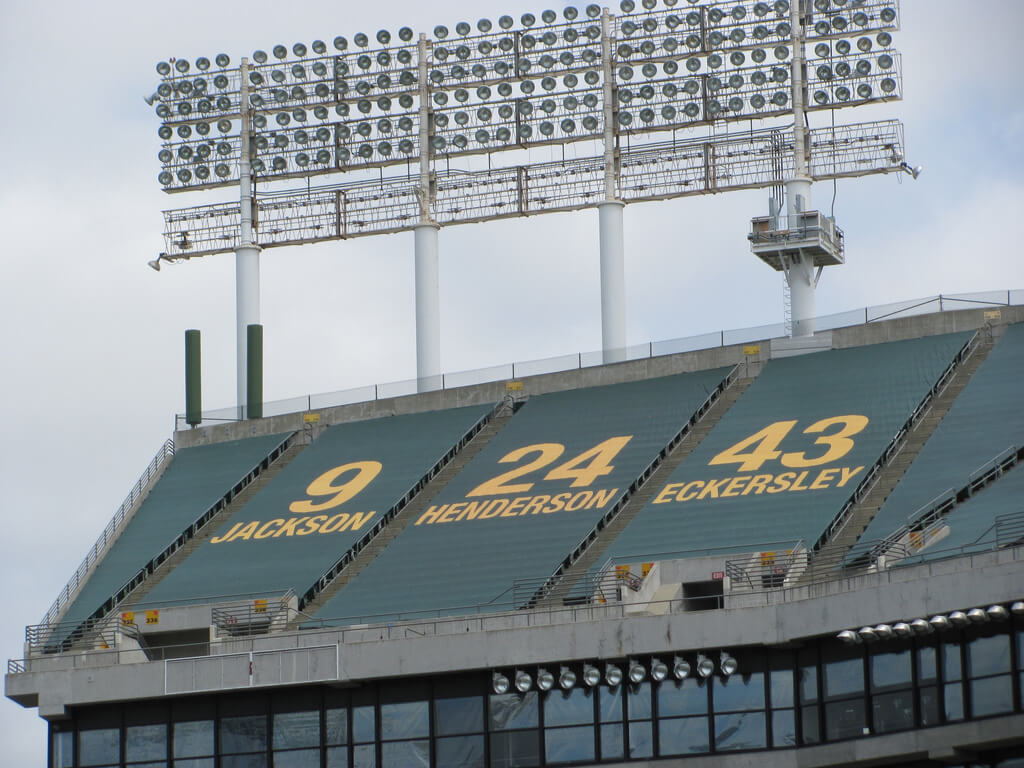 The A’s and their Southern California counterparts have a long-running rivalry that you won’t want to miss. The Angels and A’s rivalry dates back to the 1960s and has been going strong ever since. 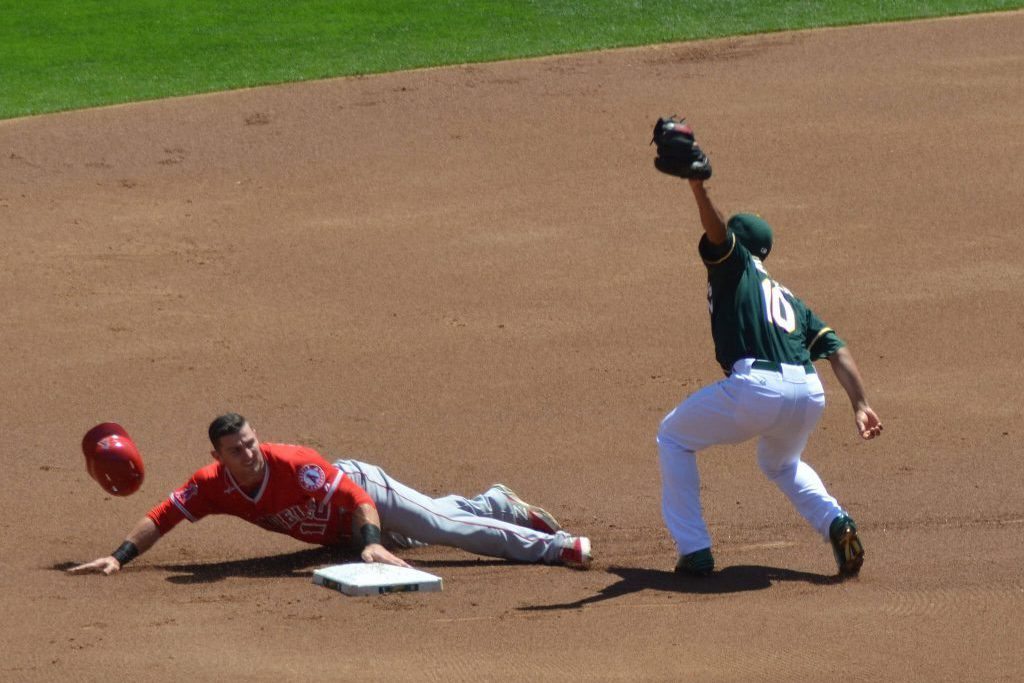 Named after the Oakland Athletics mascot, the Stomper Fun Zone is an interactive area for kids filled  with games like speed pitch, a batting cage, and coin operated rides. 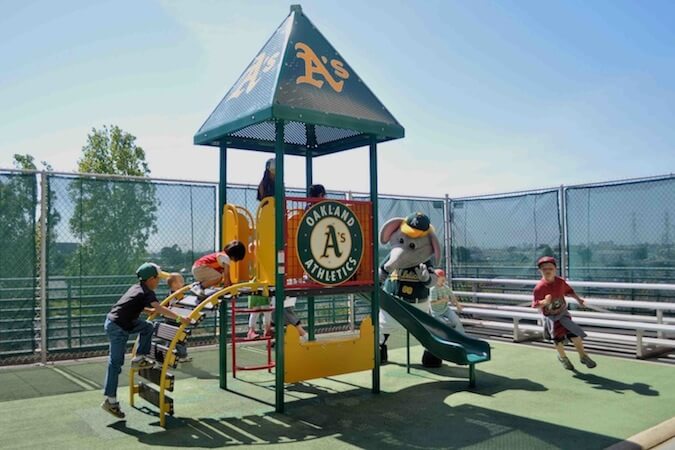 Made popular after the 2012 playoffs, Oakland fans do the Bernie Lean to celebrate when the A’s make big plays. Join in on the dance to show off your A’s pride. 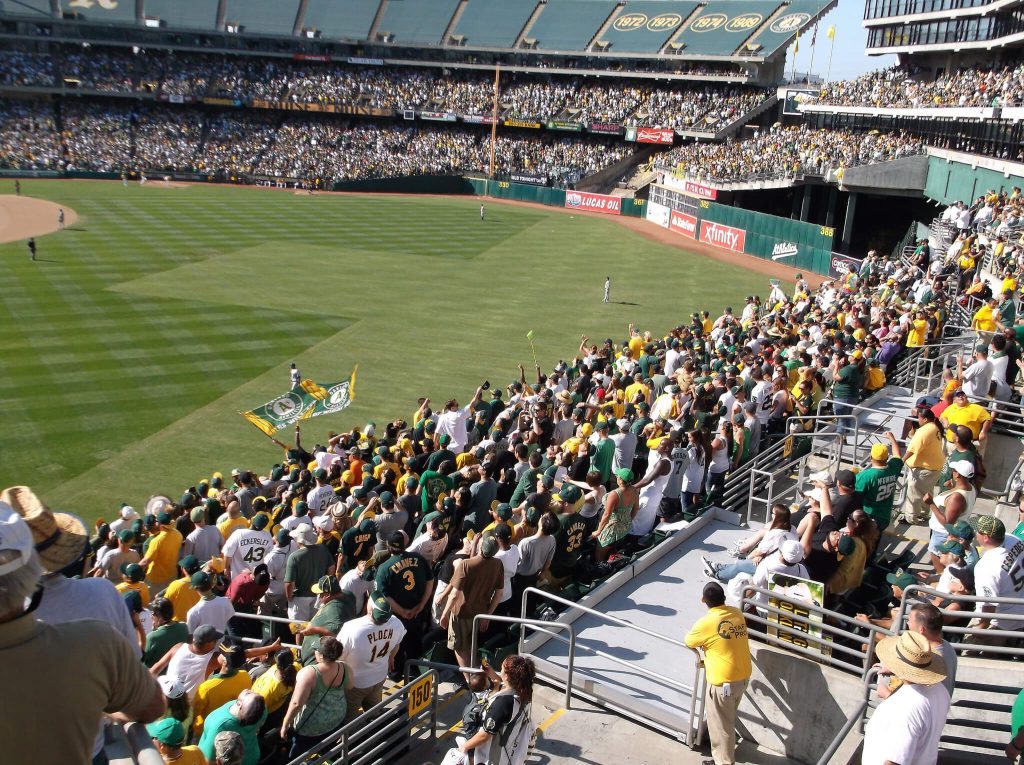 Played between the Oakland Athletics and the San Francisco Giants, the Bay Bridge Series is one of the few friendly rivalries in baseball. Because both teams are located in the Bay Area, there are still plenty of bragging rights on the line, yet at the same time with the two teams being in different leagues there is less of an impact on the standings. The fact you’ll find fans of both the A’s and Giants at these matchups make the Bay Bridge Series an excellent time to attend a game at the Oakland Coliseum. 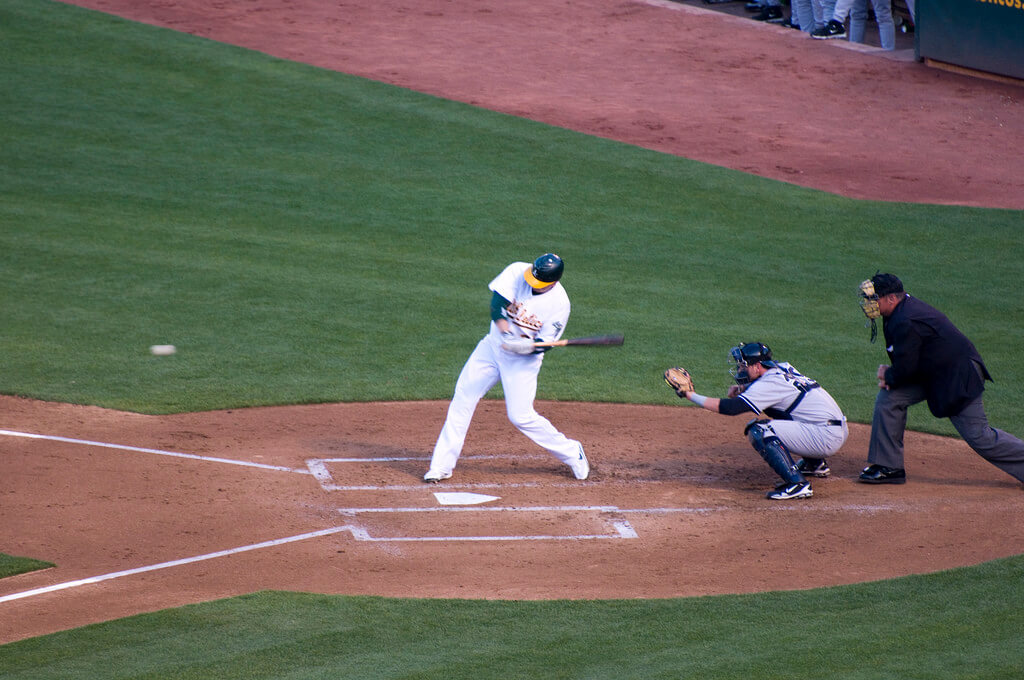 For A’s fans, the closer the better, and the rowdier. These fans have been tailgating Oakland games for years and their pride runs deep. Make your way to the front to truly experience what it’s like to experience the tradition of Oakland A’s tailgating. 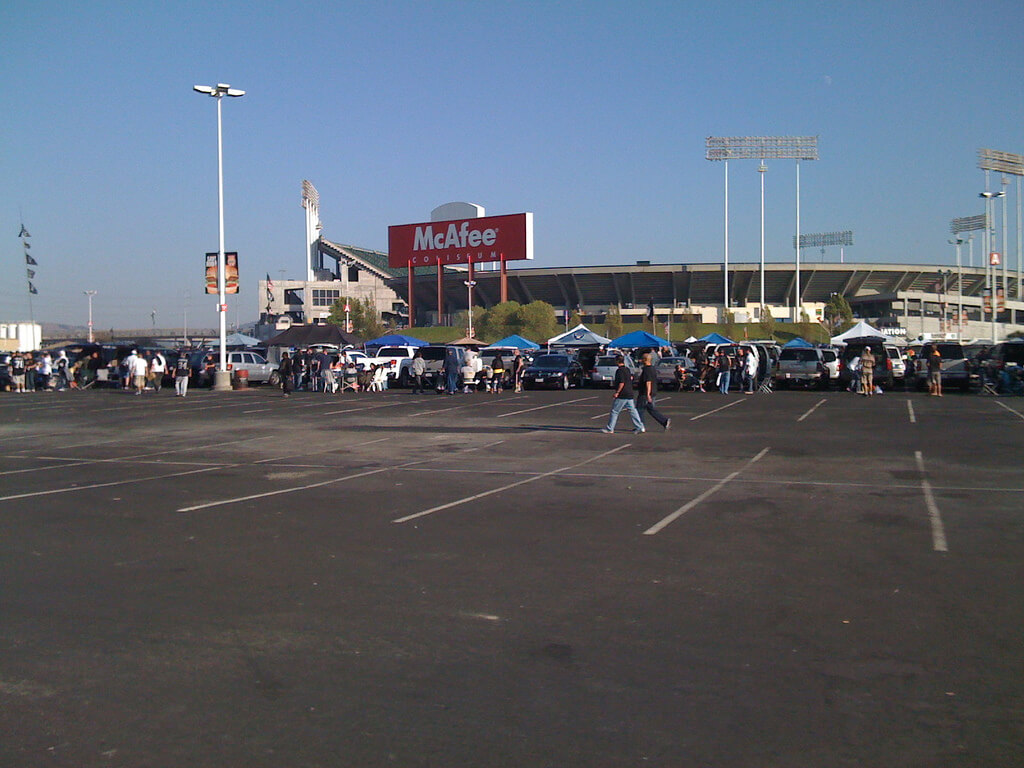