Home of the Oregon Ducks

Autzen Stadium has a reputation for being one of the loudest stadiums in the country and even earned the nickname the Autzen Zoo. The stadium can get so loud in fact that it has recorded noise levels higher than those of a jet engine. When going to a Ducks game be prepared to get loud since to fit in with the crowd you’ll need to bring your vocal chords to the game. Ducks fans love their team, which can be seen by the fact Oregon has a sellout streak that spans over 100 games. When attending your next Oregon football game not only will you be part of the fantastic crowd atmosphere, but you’ll also be part of history as the Ducks look to extend this incredible streak.

The stadium’s steep seats mean that no matter where you sit, you’ll not only be close to the field, but you’ll also have a spectacular view. The sightlines are also great no matter where you’re sitting, so you won’t have to worry about an obstructed view. The design of the stadium also aids in trapping in noise, which helps create one of the loudest and craziest atmospheres in college football. The incredible fan atmosphere along with the great views provided by Autzen Stadium make it a must see for college football fans everywhere. 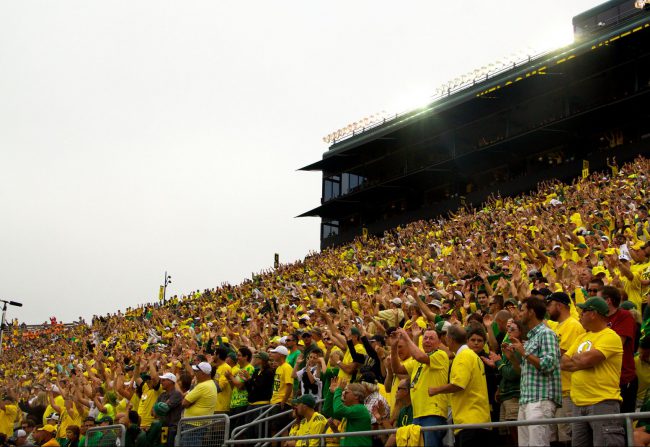 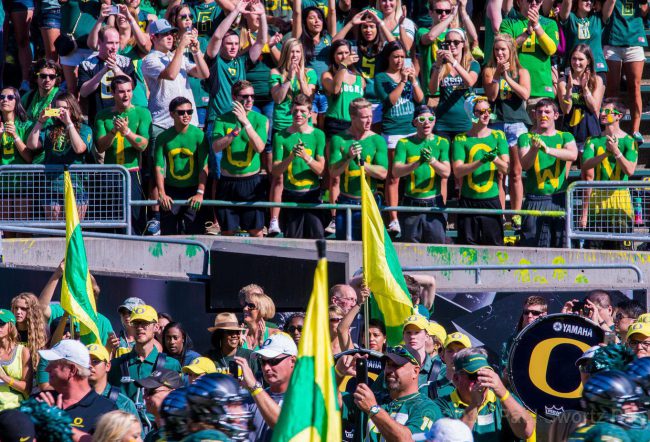 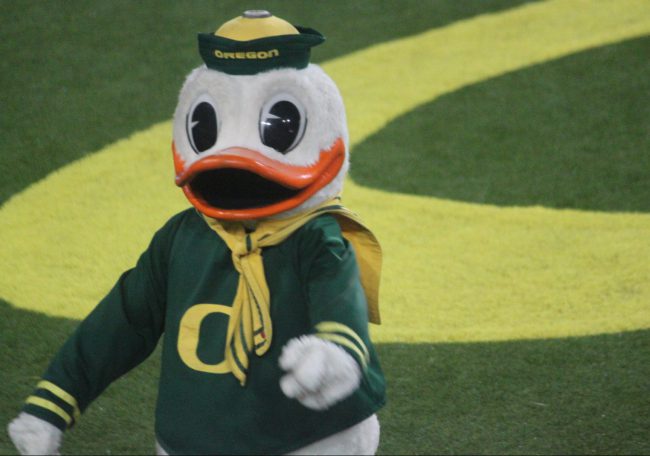 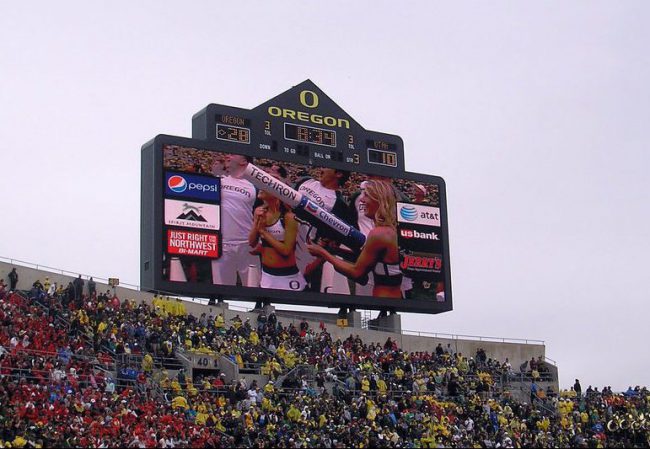 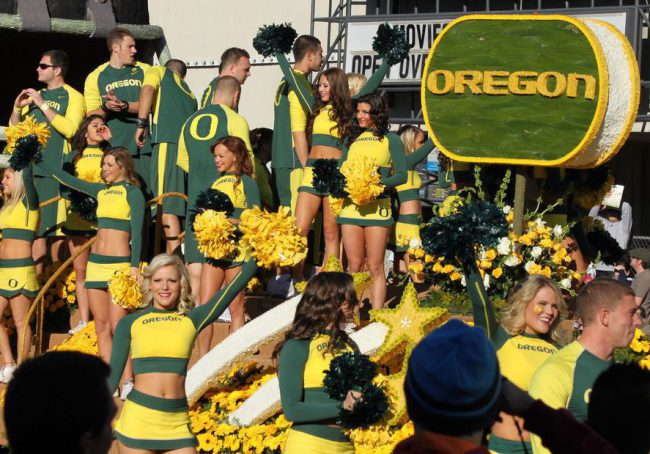 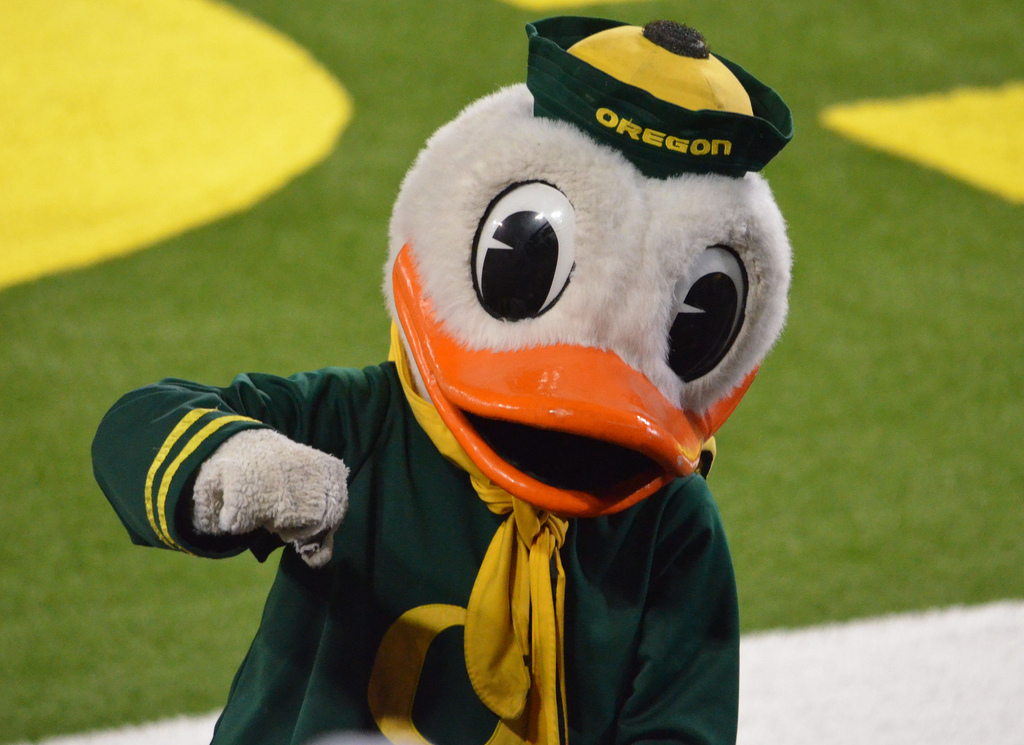 Affectionately known as Puddles, the Oregon Duck goes all out to entertain the crowd. Puddles get things off with a bang by leading to the Ducks onto the field on a motorcycle. The fun doesn’t stop there though as after each and every score he does a pushup for each point the Ducks have scored. Look for Puddles to put on a great show of his own at a Ducks game. 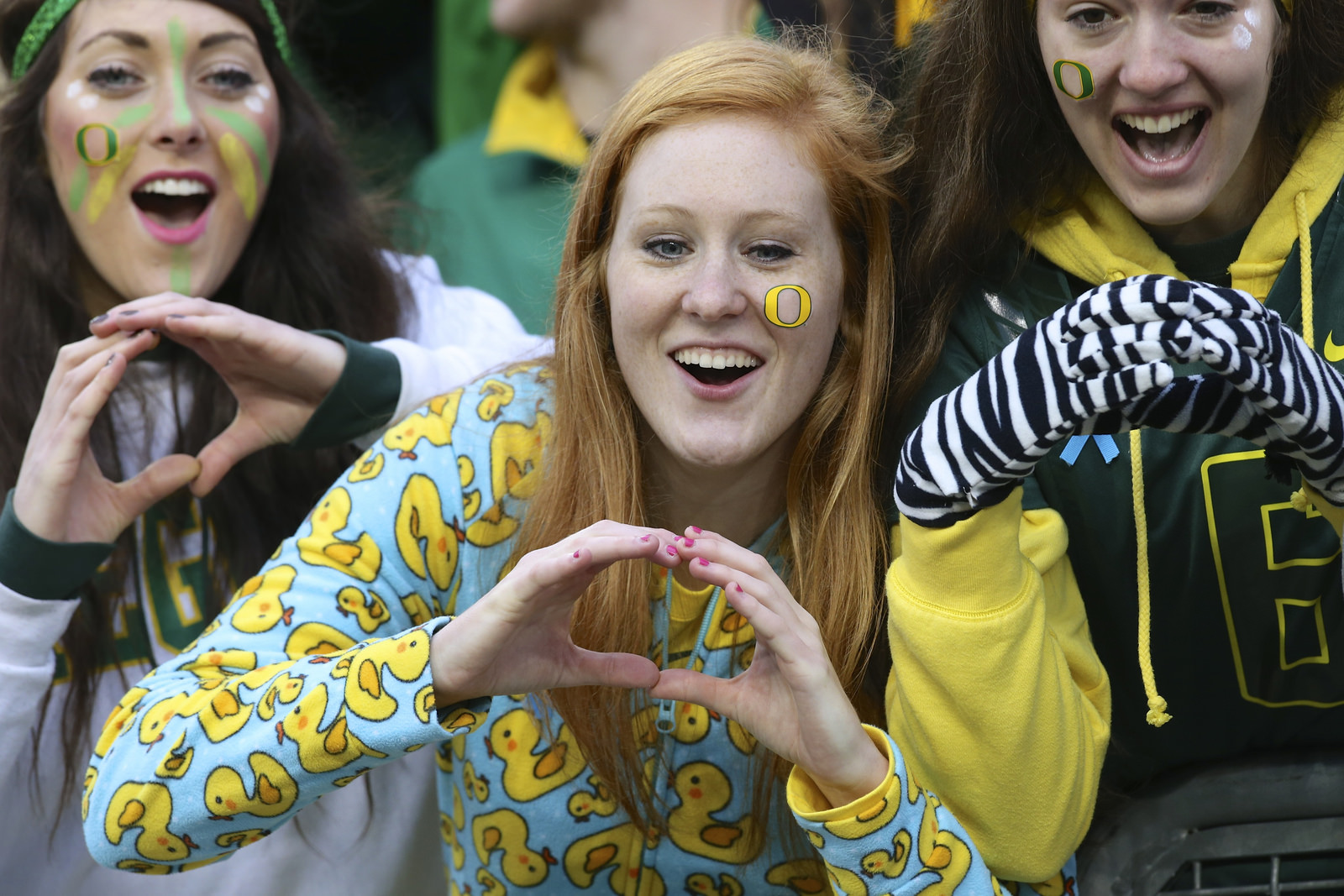 A great way to show your support for Oregon is by showing off the “O” gesture. This gesture is created by pressing your forefinger and thumb together to form the shape of an O. The gesture originated as a band cue; however, it has become a popular gesture among fans since a picture of Joey Harrington making the gesture appeared on the front page of the Oregonian in 2001. 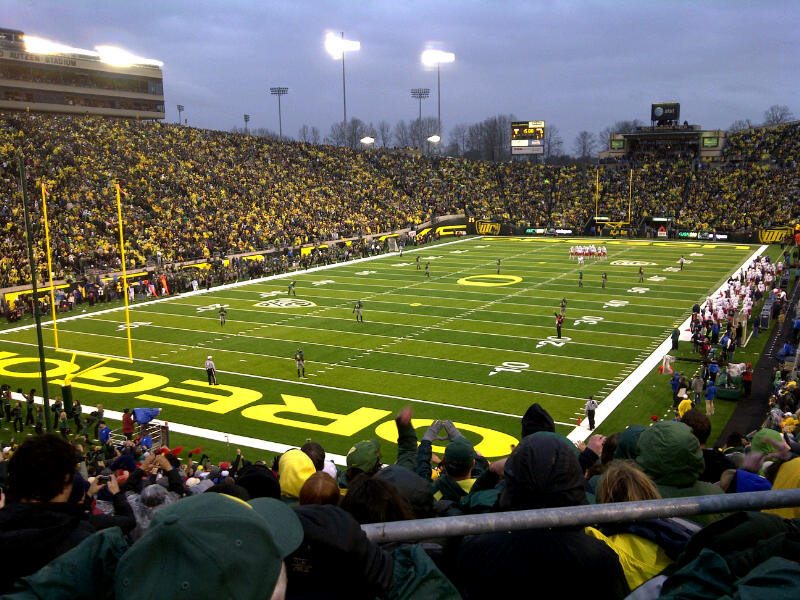 "It Never Rains at Autzen Stadium"

Don Essig has been claiming it never rains at Autzen since 1990 (well after he became the PA announcer in 1968). After giving the weather forecast, Essig and the fans give the “real” forecast together in unison. On the off chance it is raining, Essig calls it a “light drizzle” or “liquid sunshine.” Join in on this great tradition to feel a part of the Autzen crowd.

Check out the University of California – Berkeley stadium guide!