Home of the Oregon Ducks

Before the 2013 season, the outside of the north end of the stadium got a makeover that features 474 LED light fixtures, 306 large trees, five giant pyramids, and six miles of irrigation drainage. The pyramid panels each feature a prominent player from Oregon football history, and the pyramids collectively look like a studded dog collar around the stadium. The display even has a line of poles that represent each game played at Autzen; the yellow ones symbolize wins, and the losses are painted with the color of the rival who defeated the Ducks. Check out this great homage to Ducks football before you enter the stadium.

The Oregon Ducks are famous for having some of the most unique and sometimes bizarre uniforms in all of football. The Ducks are the only team in all of sports who wear a different uniform at every game, so make sure to look out for what they’re wearing as they’ll likely never wear that same uniform combination again.

3. "It Never Rains at Autzen Stadium"

Don Essig has been claiming it never rains at Autzen since 1990 (well after he became the PA announcer in 1968). After giving the weather forecast, Essig and the fans give the “real” forecast together in unison. On the off chance it is raining, Essig calls it a “light drizzle” or “liquid sunshine.” Join in on this great tradition to feel a part of the Autzen crowd.

Affectionately known as Puddles, the Oregon Duck goes all out to entertain the crowd. Puddles get things off with a bang by leading to the Ducks onto the field on a motorcycle. The fun doesn’t stop there though as after each and every score he does a pushup for each point the Ducks have scored. Look for Puddles to put on a great show of his own at a Ducks game.

The Ed Moshofsky Sports Center opens three hours before kickoff on game day to allow fans the opportunity to take in live radio broadcasts, music, and dance performances. You can also find a wide variety of food, beer, and wine at the Mo Center, so stop by for a drink before entering the stadium. 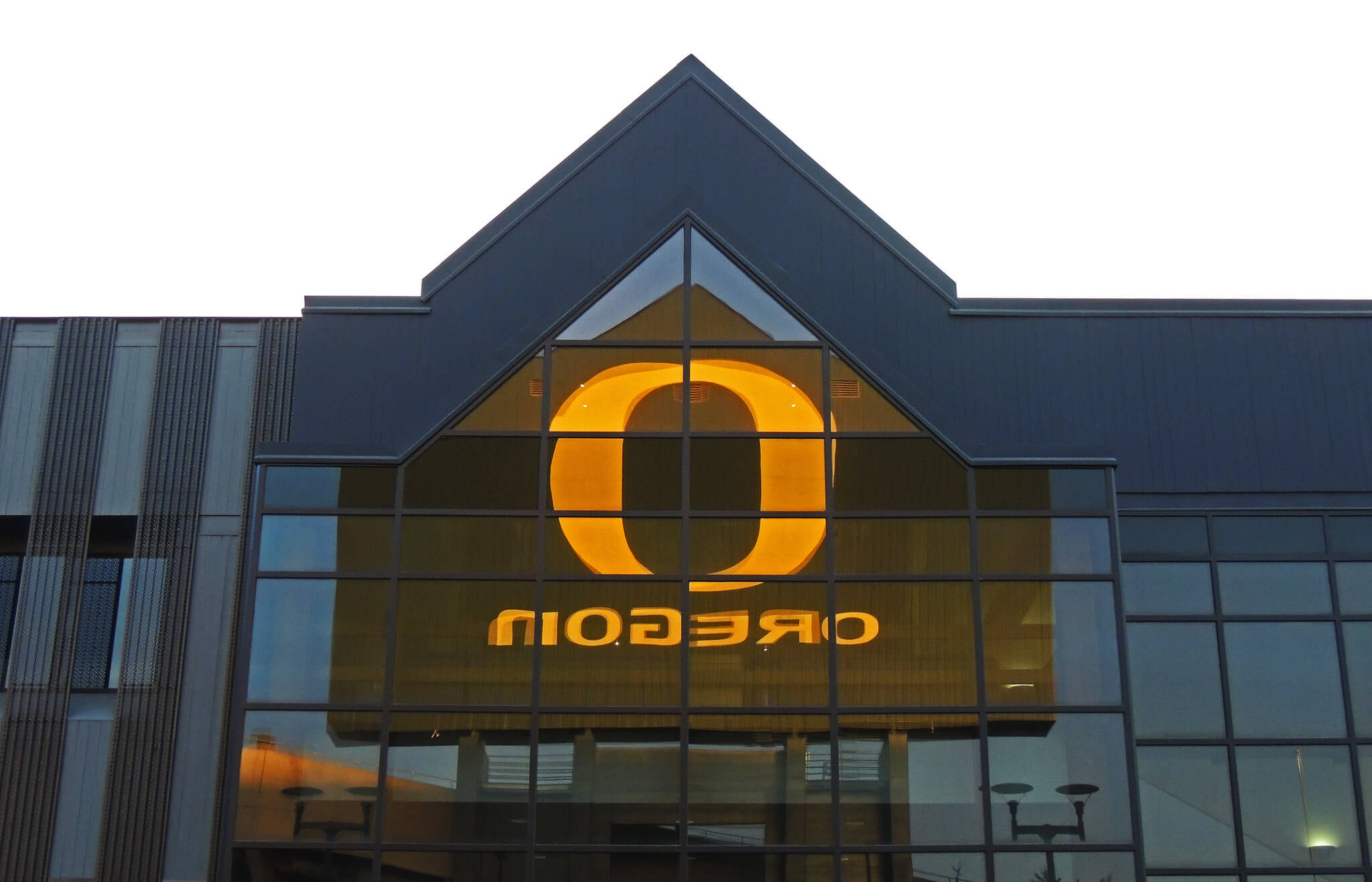 Players, coaches, cheerleaders, the band, and the Duck himself march down the Mo Center central boulevard to the Oregon locker room. This tradition occurs two hours before kickoff to give fans a chance to start cheering on the Ducks before the game, so join in on this great tradition to get your Ducks game day started off on the right foot.

Located on the second floor of the Casanova Center, the Hall of Champions showcases the University of Oregon’s greatest athletes, team achievements, and sports moments. The display can be viewed for free and is open four hours before the start of every home football game.

An excellent way to show your support for Oregon is by showing off the “O” gesture. This gesture is created by pressing your forefinger and thumb together to form the shape of an O. The gesture originated as a band cue. However, it has become a popular gesture among fans since a picture of Joey Harrington making the gesture appeared on the front page of the Oregonian in 2001.

Oregon State is Oregon’s fiercest rival as the proximity between the two campuses means many make the trip from Eugene to Corvallis and vice versa. The rivalry is also one of the oldest in college football as the teams have met 114 times since 1894. The winner of each year’s matchup takes home the Platypus Trophy, which was lost for 40 years until it was found in 2005. Oregon holds a 60-46-2 series lead and has won the last seven meetings.

Opening up four hours before kickoff Essig Field serves as a food court and beer garden on Ducks game days. Admission is free to everyone, so stop by to grab a few drinks or catch up on all the action going on around college football. 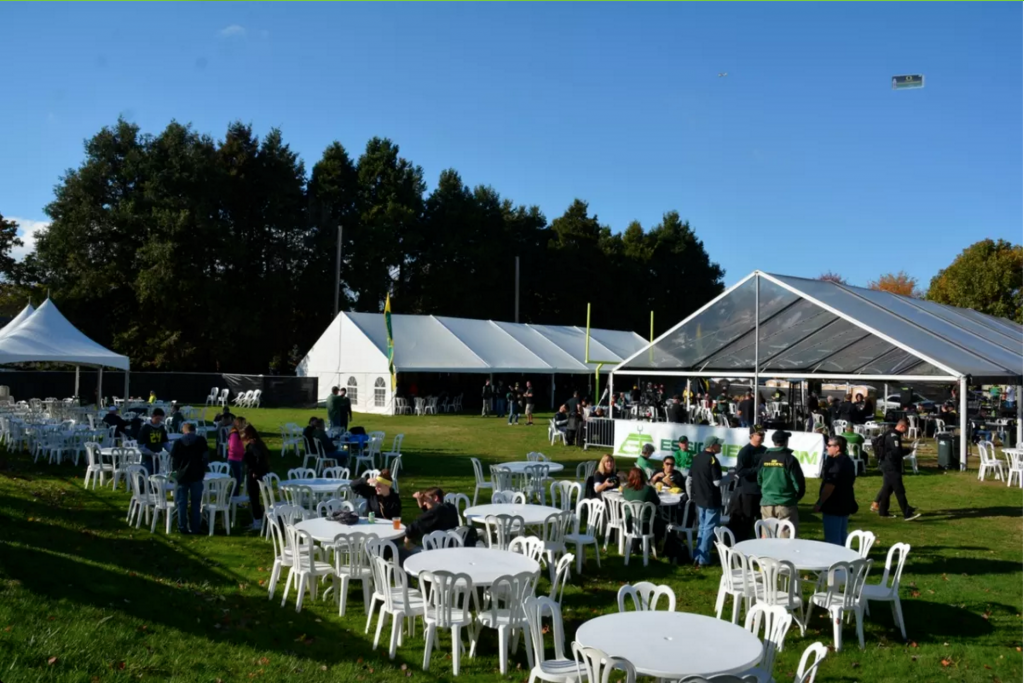