Home of the Philadelphia Eagles

One of the must sees tailgates at any Philadelphia Eagles tailgate is The Eagle Mobile. This Winnebago has been tricked out in Eagles paraphernalia to show off just how much these fans love their Eagles. These guys love tailgating almost as much as the Eagles, so don’t be afraid to stop by and talk some Philly football. 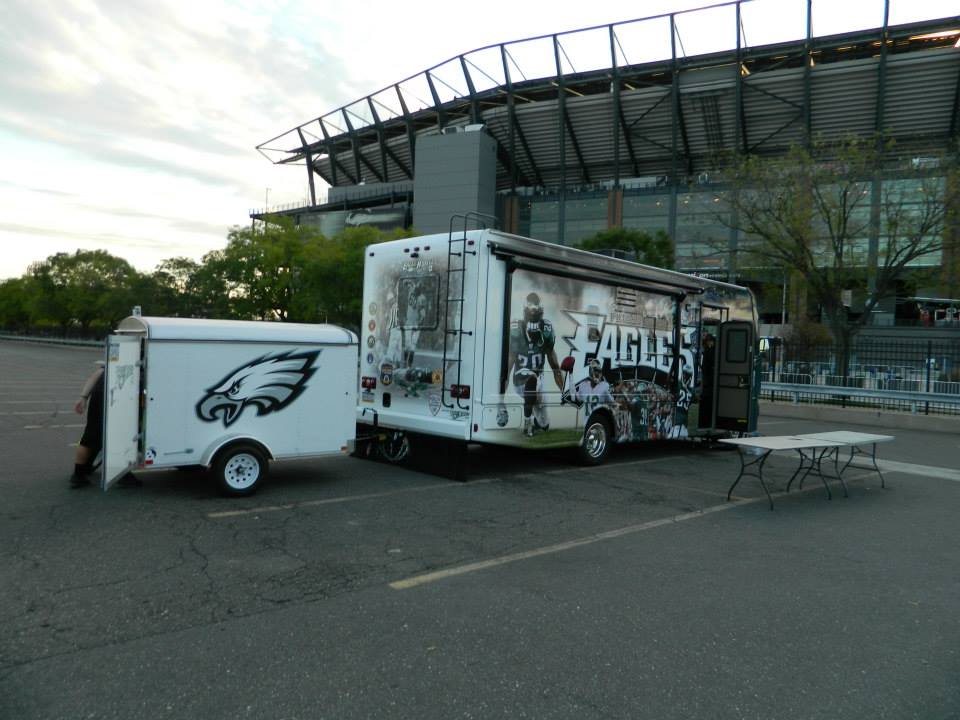 Located inside the South Philly Sports Complex, this giant entertainment venue offers a great place to hang out before the game. You’ll find a variety of bars and restaurants in this complex, so stop by to grab a drink or bite to eat.

The Eagles-Giants rivalry is one of the fiercest in the NFL and has been going strong since 1933. The rivalry is geographically based in Philadelphia, and New York has strong rivalries in all four of the major professional sports. The rivalry is so strong that it was even voted the #1 NFL rivalry by NFL Network. The Giants shutout the Eagles in the teams’ initial meeting and hold an 85-81-2 lead in the all-time series, but the Eagles will look to draw closer when these two rivals meet next. 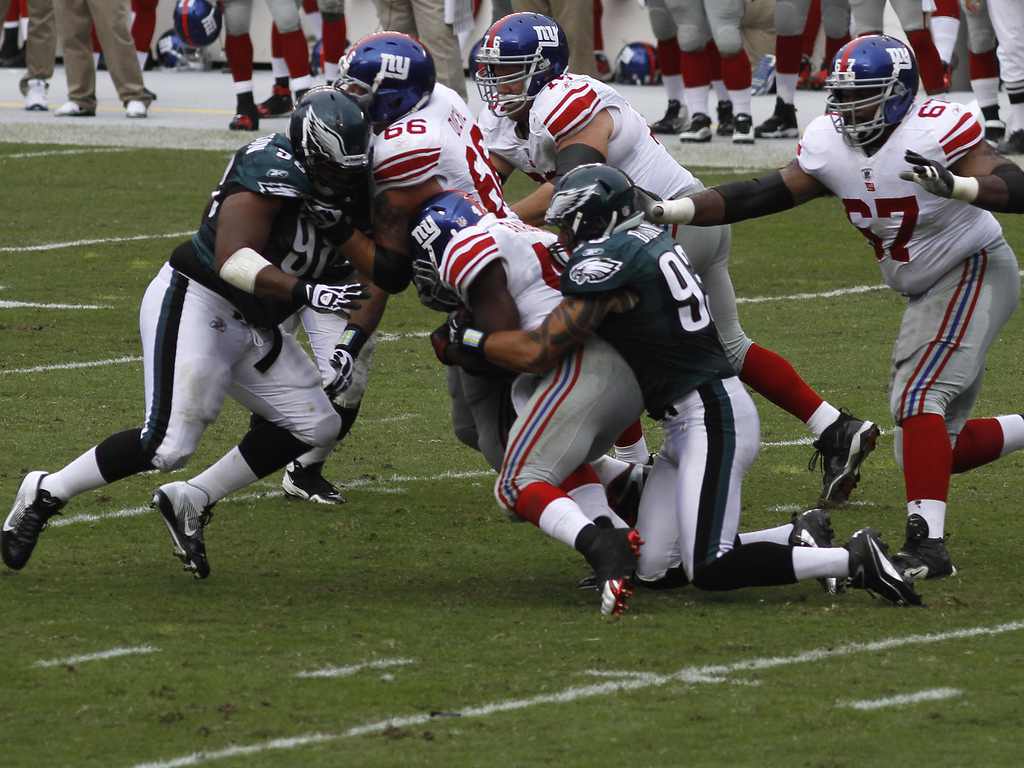 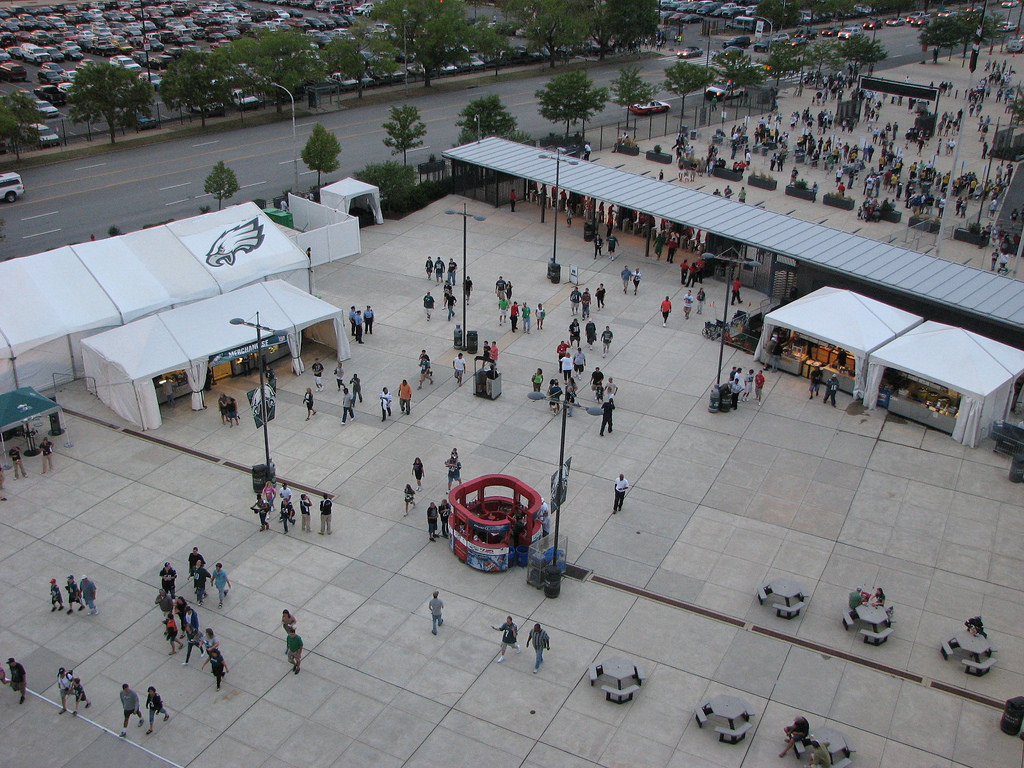 The Miller Lite Phlite Deck provides a one of a kind gameday experience perfect for those of you who like to party hard throughout the game. You’ll find plenty to drink at the Phlite Deck, and you’ll also be able to meet Miller Lite Girls and Eagles Cheerleaders.’

One of the unique things about attending an Eagles game is that both Citizens Bank Park and Wells Fargo Arena are located right next door. The fact the stadiums are so close to each other in Philly means you may even be able to sneak in a Eagles game during the day and a Phillies for Flyers game at night. 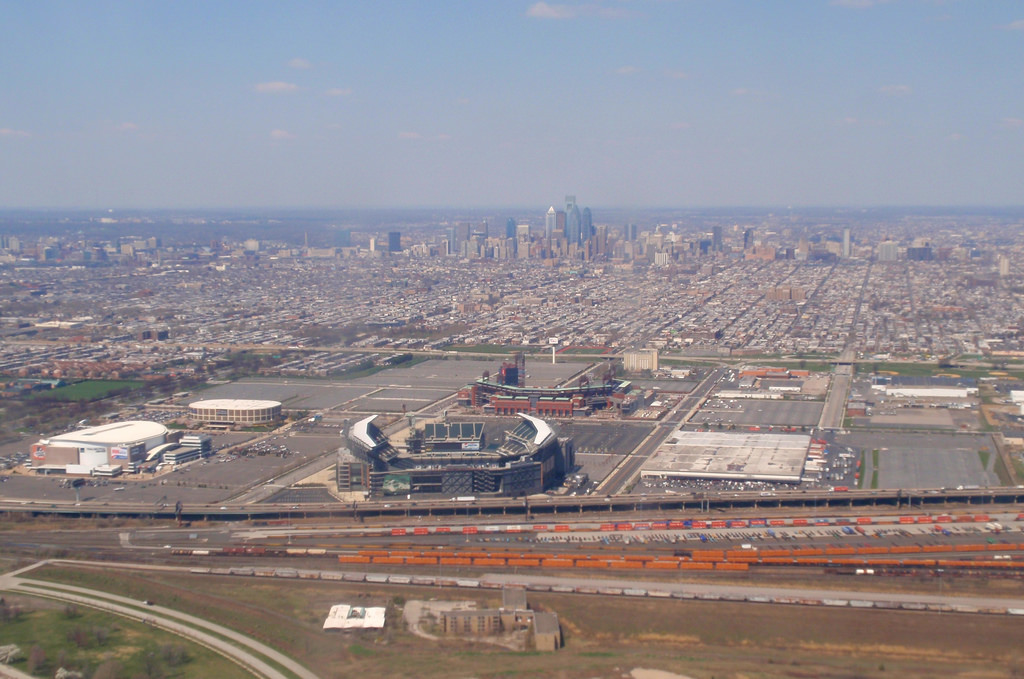 Swoop the bald eagle is the official mascot of the Philadelphia Eagles. On game days you’ll be able to see him entertaining the crowd by performing a variety of antics. In addition, Swoop also riles everyone up to give the Eagles as much of an edge as possible. 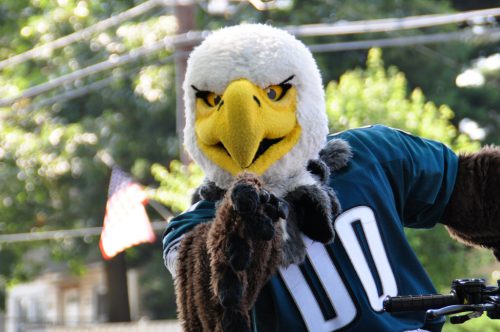 Over the past few decades, Eagles-Cowboys has been a can’t miss matchup. These two rivals have a bitter dislike for each other which has led to some intense games. One of the most intense matchups was the “Bounty Bowls” that took place in 1989. During both meetings between these two teams the Eagles put a bounty on Cowboys kicker Luis Zendejas and in the second meeting the Cowboys were pelted with snowballs and other debris by Eagles fans. The games between these two rivals are some of the most intense in the NFL, so make sure to be in attendance when these two get together. 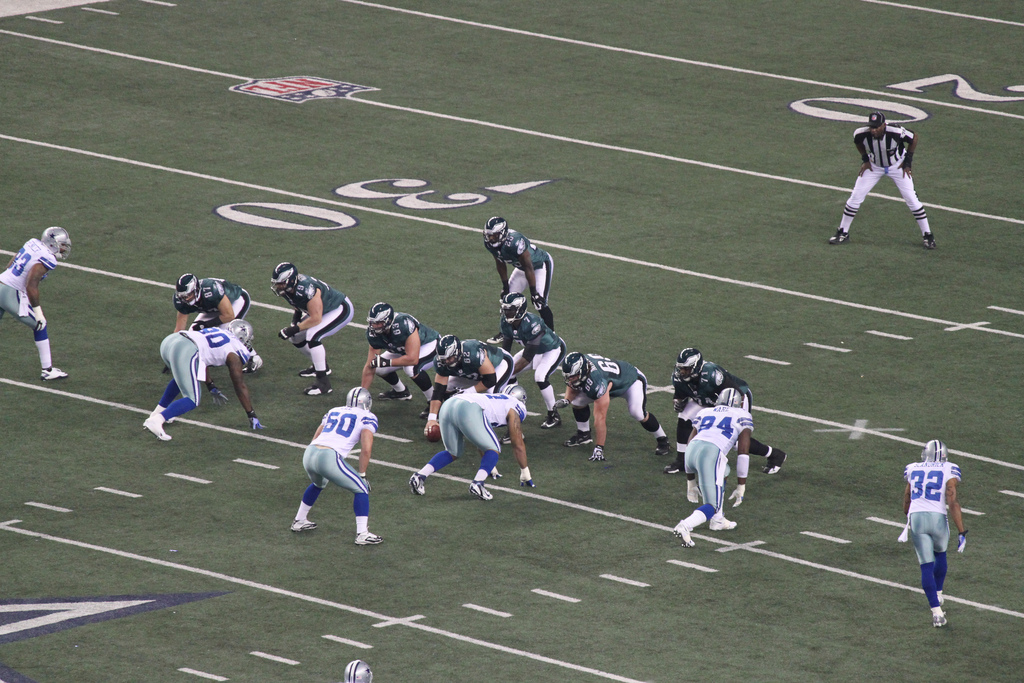 The Philadelphia Eagles cheerleaders made their first appearance in 1948 and had been entertaining crowds ever since. The cheerleaders do a great job of keeping the fans engaged in the game even when things aren’t going so well for the Eagles, so keep your eyes peeled for them during the game. 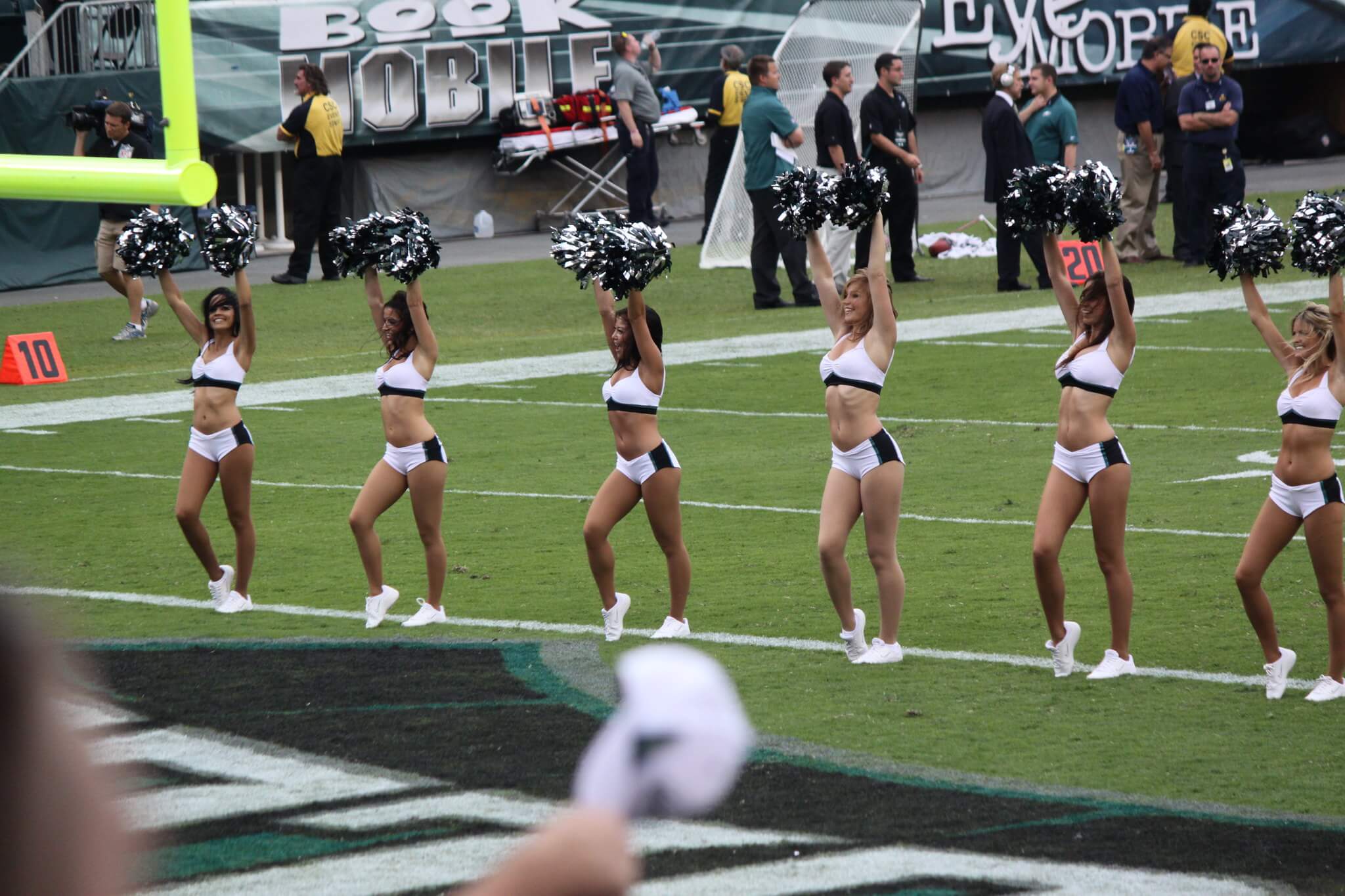 If you’re looking to pick up a souvenir of your trip to Philly, then there is no better place to do so then the Pro Shop inside Lincoln Financial Field. The Pro Shop has pretty much any Eagles gear you could ever want meaning no matter what you’re looking for you’ll most likely find it here. 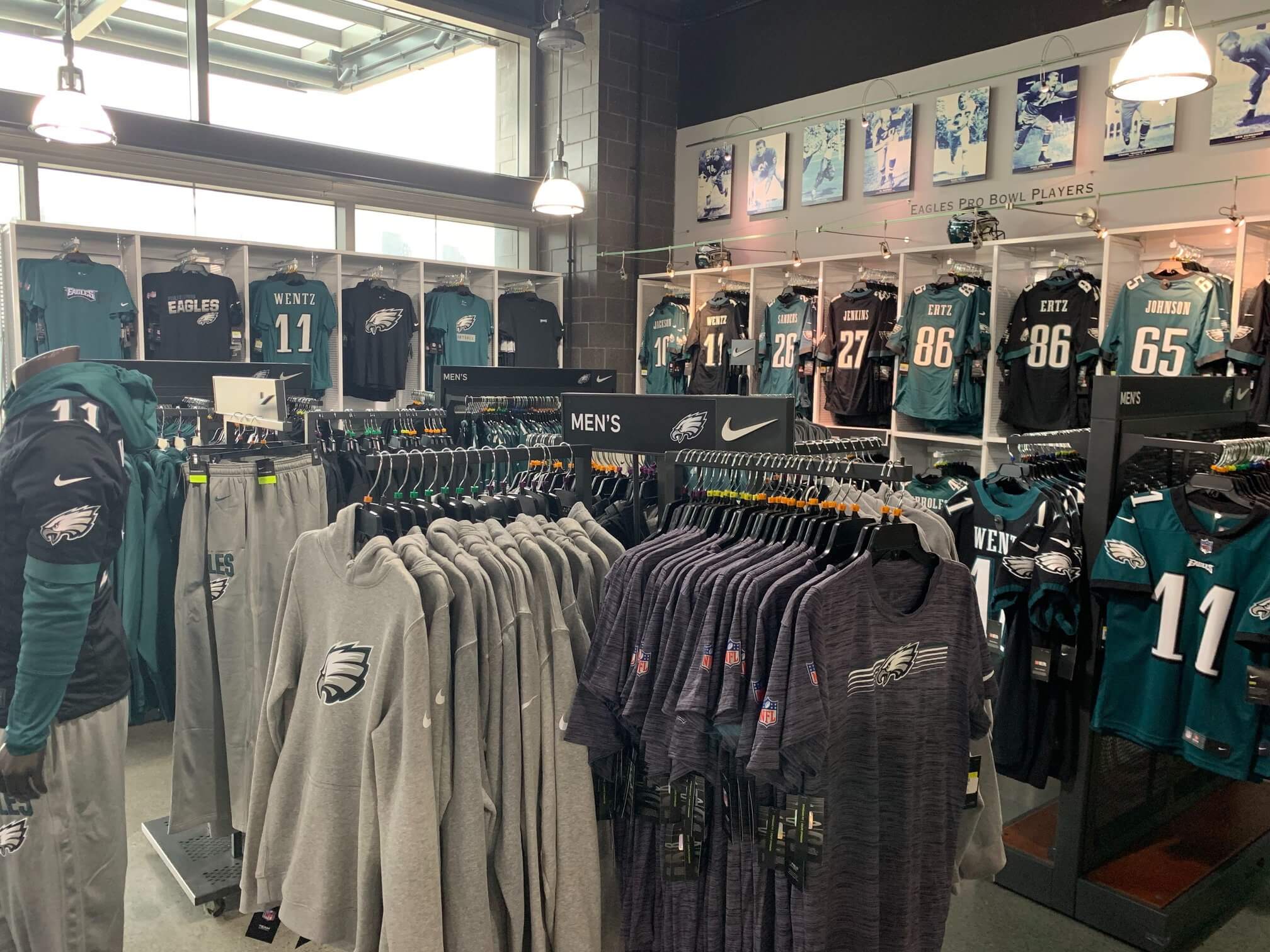