Home of the Philadelphia Phillies

The Phillie Phanatic is one of the most iconic mascots in all of sports. The Phanatic is famous for his many antics and even got into a fight with legendary Dodgers manager Tommy Lasorda. Keep an eye out for the Phanatic as you wouldn’t want to miss him during your trip to Citizens Bank Park. 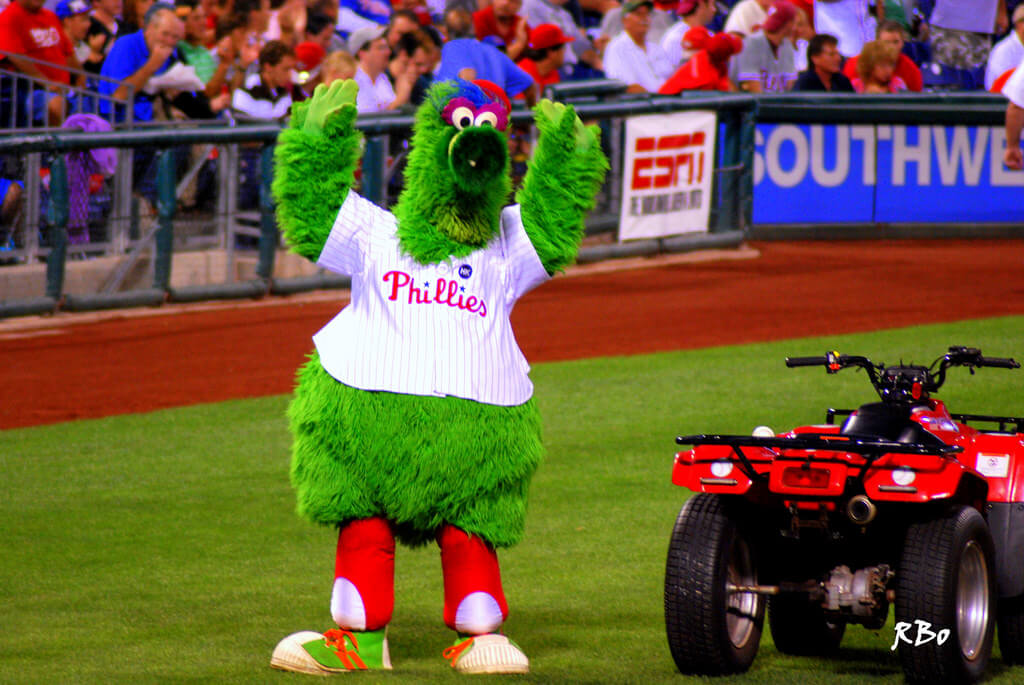 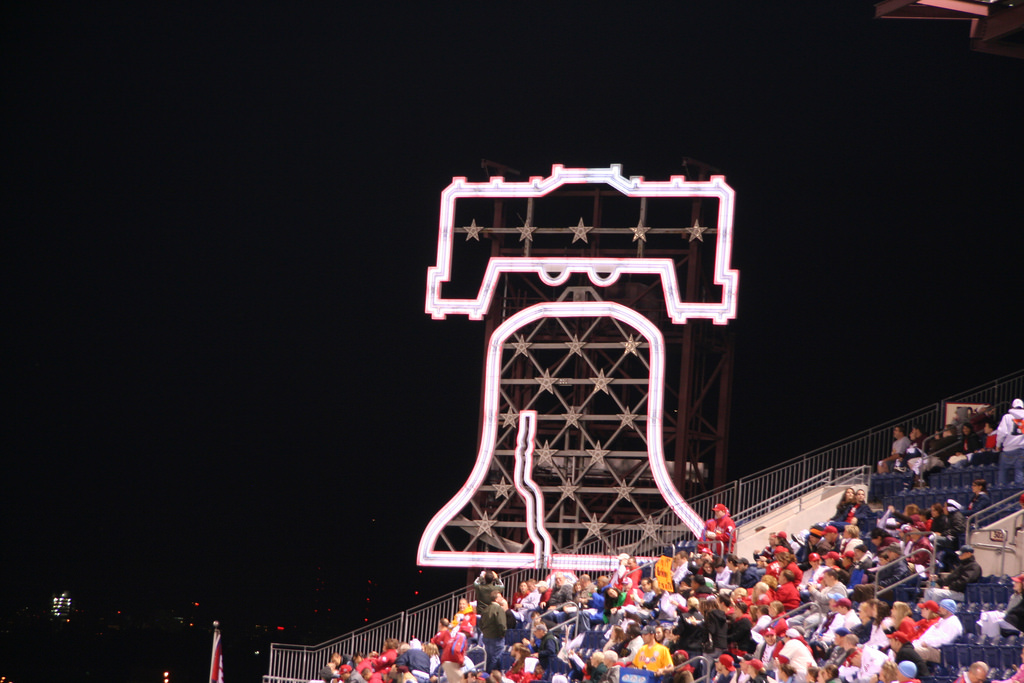 Named after Phillies Hall of Fame center fielder Richie Ashburn, Ashburn Alley is located behind center field, close to Ashburn’s defensive position. The Alley is home to many interesting things to check out while at Citizens Bank Park, so make sure to stop by. 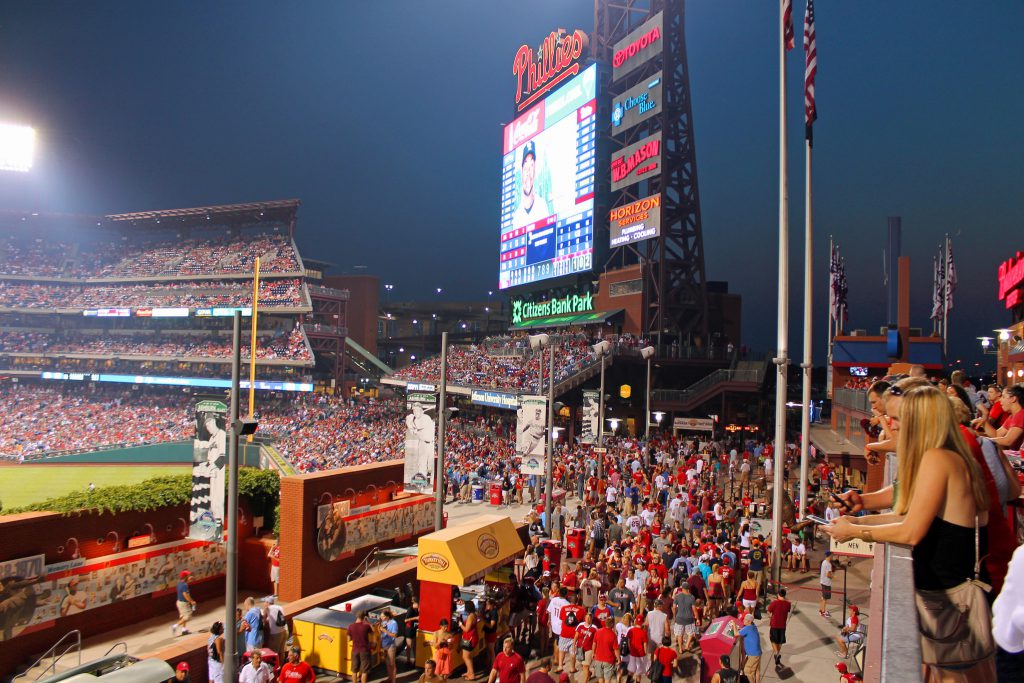 Granite markers honoring the Phillies  All-Stars over the years line Ashburn Alley. Make sure to check them out and remember all of the best players in Phillies history during your trip to Citizens Bank Park. 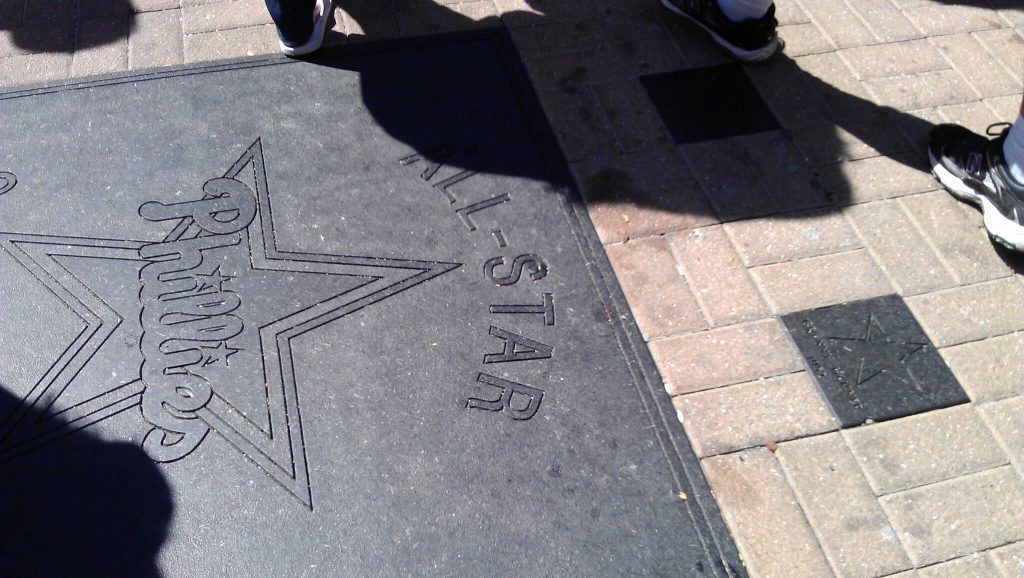 Outside Citizens Bank Park are several statues honoring the greatest players and managers in Philadelphia baseball history including Connie Mack, Mike Schmidt, and Steve Carlton among others. Stop by and check them all out before entering the park for an exciting game of Phillies baseball. 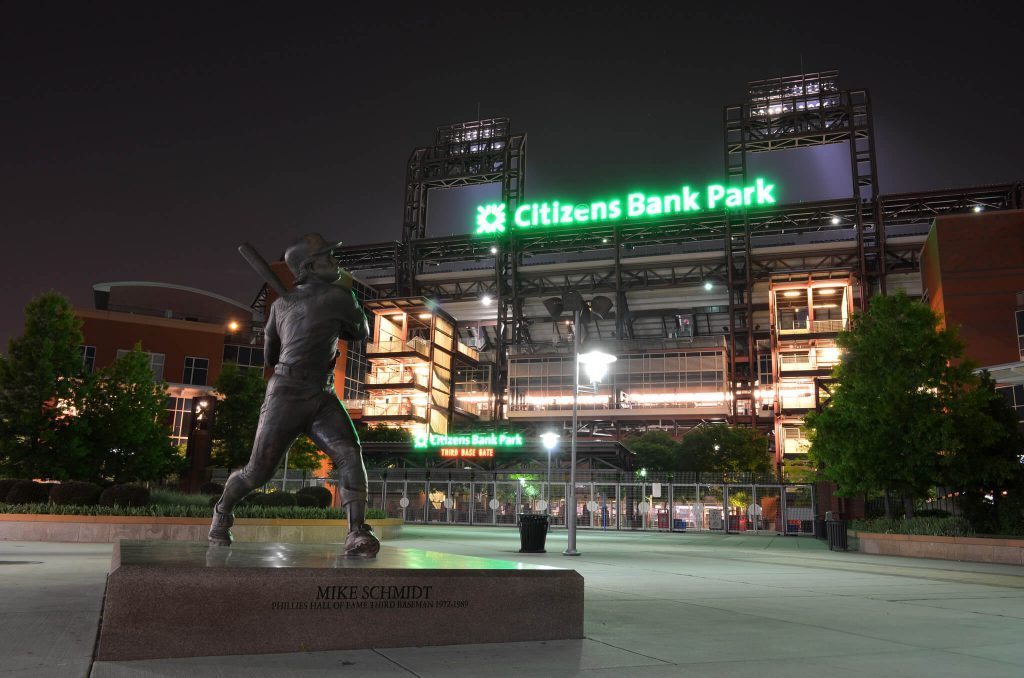 This interactive area features many games for all ages including video trivia and a run the bases with the Phillie Phanatic video game. If you’re looking for something to do before the game or a way to keep the kids entertained then stop by the Games of Baseball. 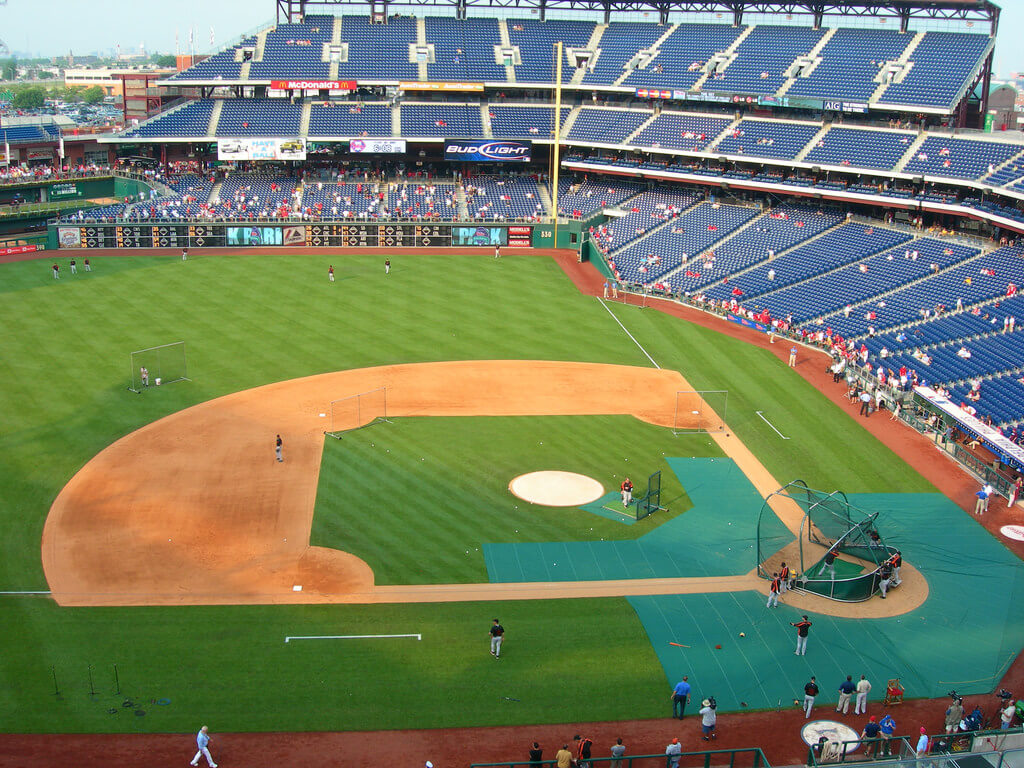 This history of baseball in Philadelphia is located behind the brick batting eye in center field. If you want to learn more about the Phillies history or remember some of your favorite Phillies moments then take a walk down Memory Lane. 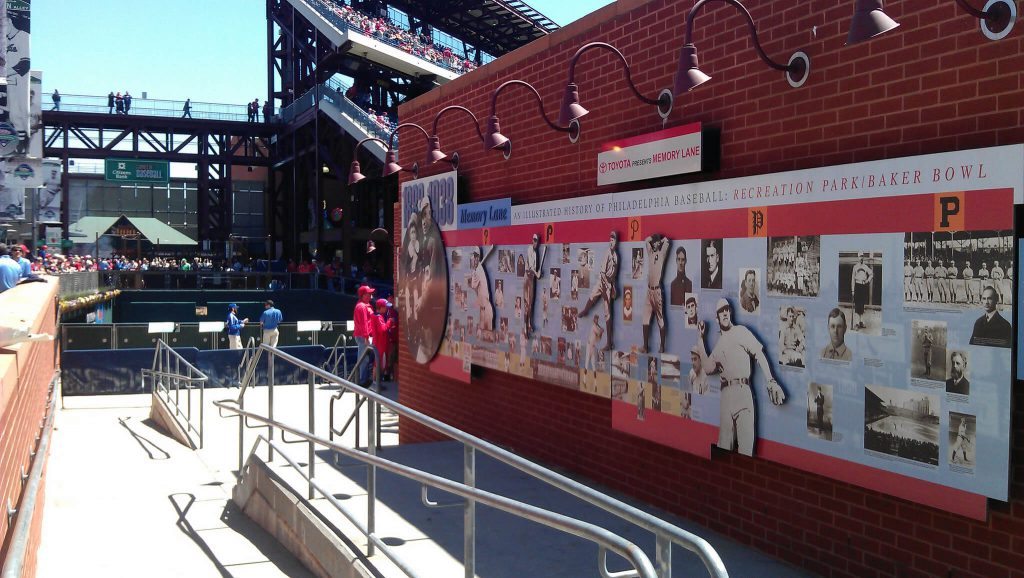 Opposite from Memory Lane is the Phillies Wall of Fame, which honors the most important players, managers, and executives in Phillies history. Check it out to pay tribute to all of the best Phillies in the franchise’s history. 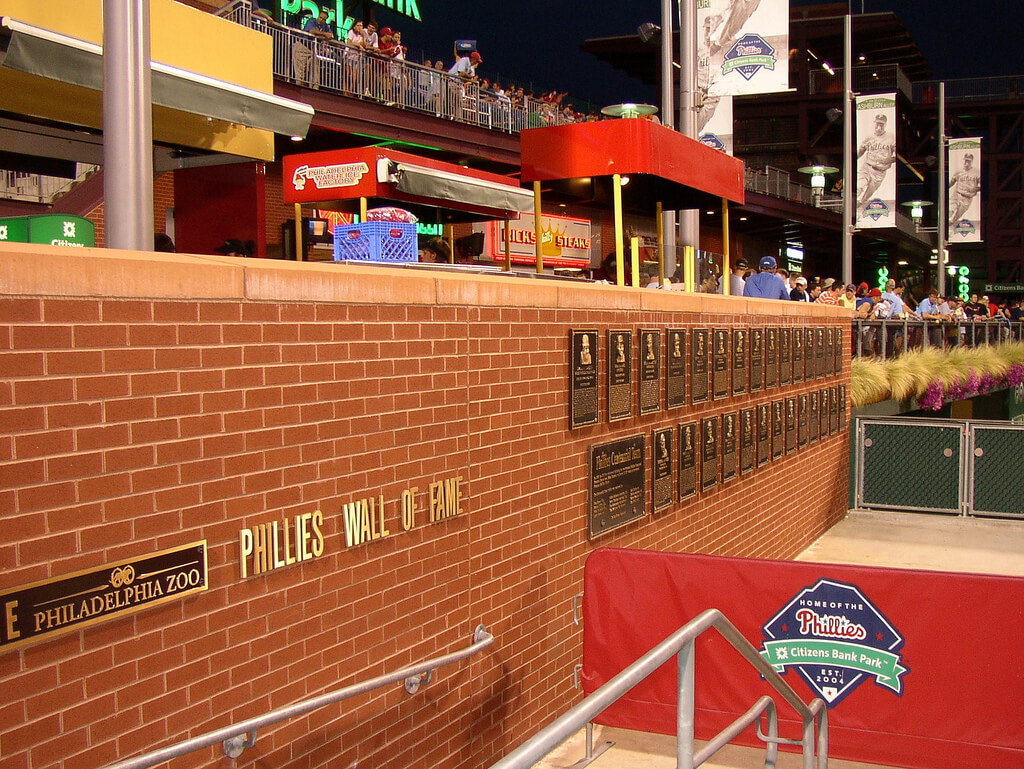 The Phillies P.A. announcer for the past forty years is a gentleman by the name of Dan Baker. He has a distinct way of announcing the Phillies players: number first, then position, followed by the name. Phillies fans have a love for him that is similar to the team itself and he is considered just as much a part of the franchise, and Philadelphia family, as the Phillies. 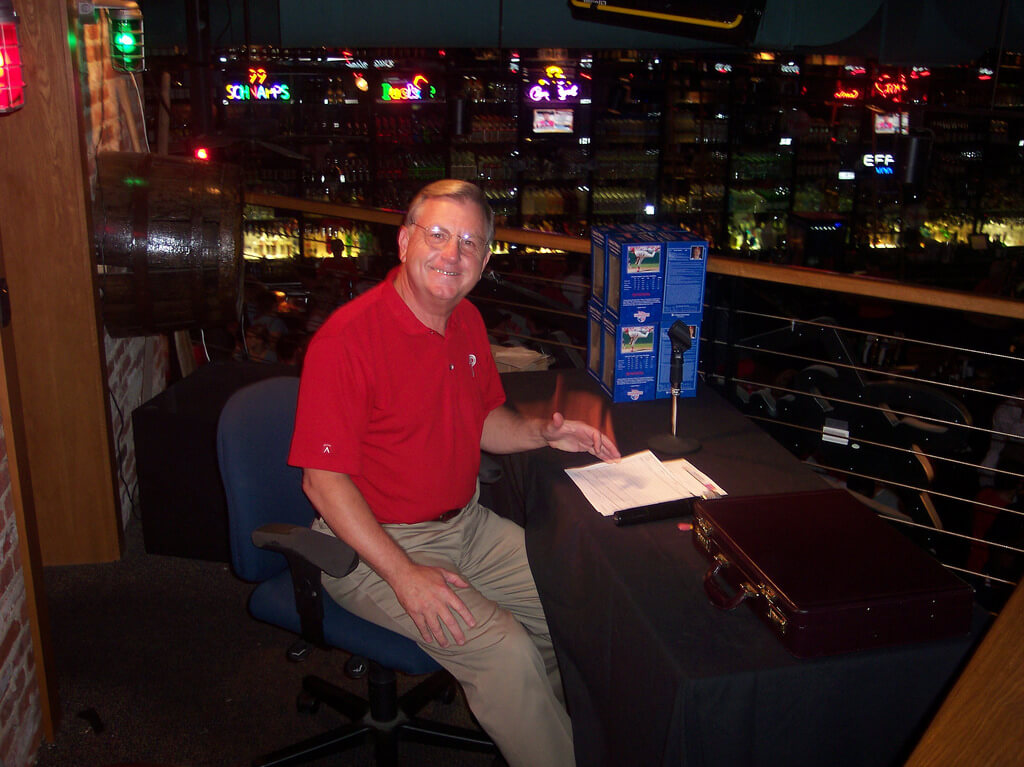 Located near the first base gate plaza, the Phanatic Phun Zone offers areas for kids to play on slides, climb, explore, and play games. The giant shoe slide is near the terrace level of home plate and allows kids to slide down an enormous replica of the mascot’s shoe. 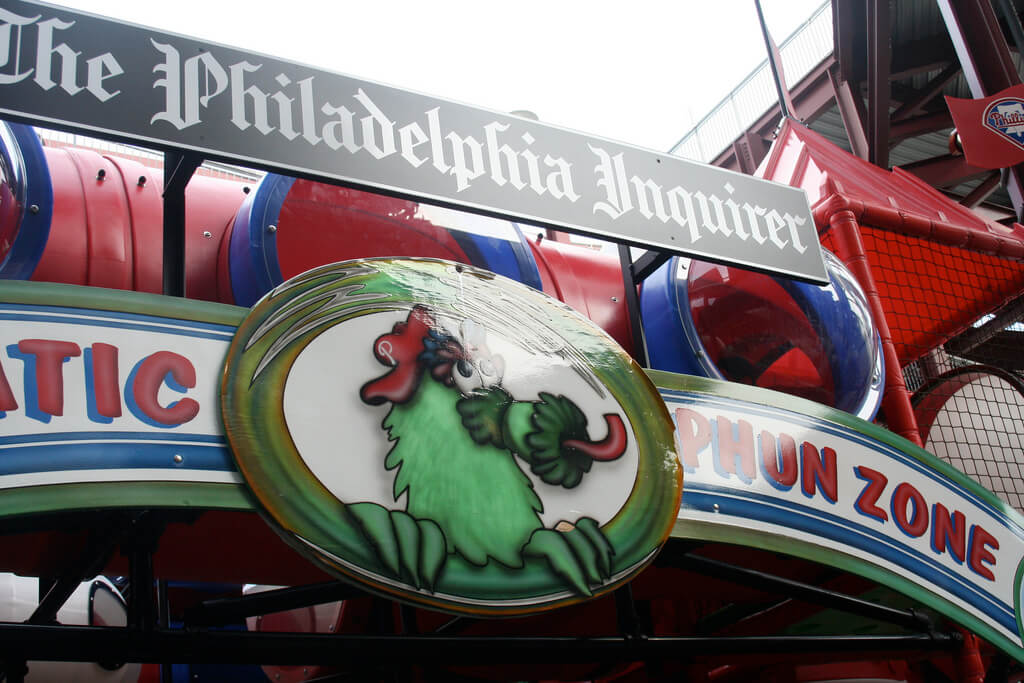