Home of the Providence Friars

Before the game stop by the arena’s front office to see the table where the Big East was formed. The Big East began at the Dunkin’ Donuts Center, so stop by the table and see where it all started. 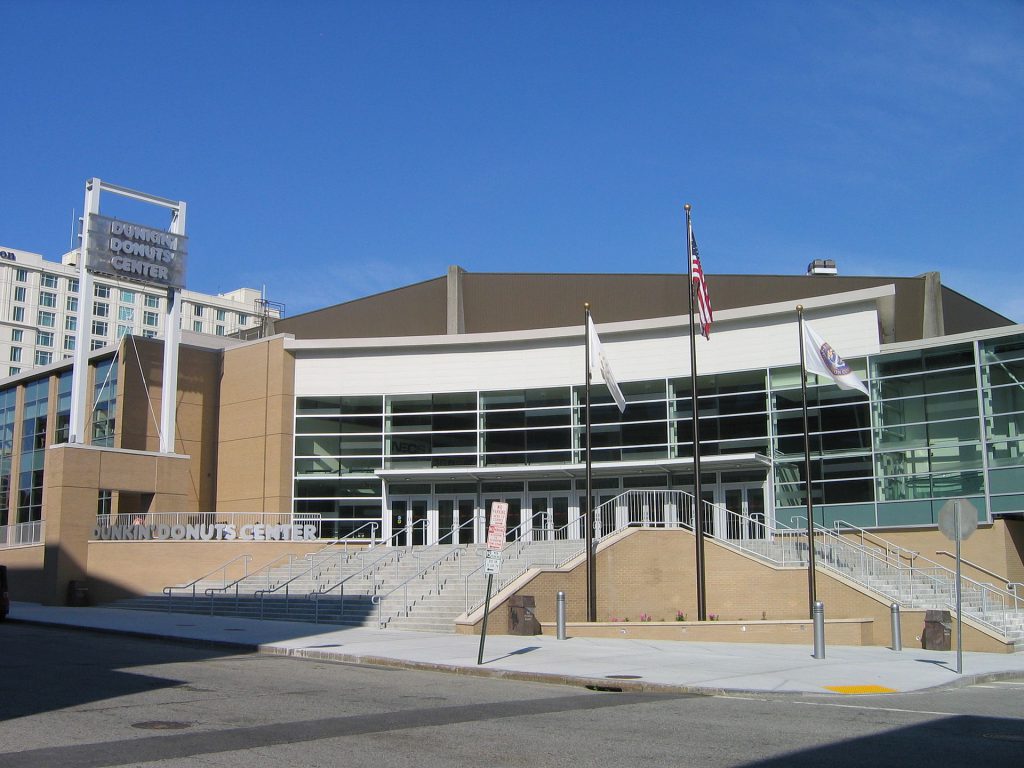 The Friar Dom is the official mascot of Providence athletics, and you can see him entertaining the crowd at every Providence home basketball game. He represents the Friar Fanatics well and is a big part of any Friars game day, so keep an eye out for Friar Dom.

When opposing players shoot free throws, Providence fans distract them by jumping up and waving pom-poms. The routine is quite distracting and works fairly frequently, so come prepared for your team to miss plenty of free throws when they face the Friars.

Every year Providence plays Rhode Island for the Rhode Island State Championship. The matchup between these two in-state rivals is always intense no matter what the teams’ records are coming into the game. There have been many memorable matchups between the Friars and Rams, including Friars 67-66 victory in 1976, so make sure to be in attendance when the Providence and Rhode Island square off.

Take some time to enjoy the banners hanging from the rafters of the Dunkin’ Donuts Center. The banners honor all of the best teams and players in Providence history including the 1973 and 1987 Final Four teams and Basketball Hall of Famer Lenny Wilkens.

Providence and Chestnut Hill are only separated by about 50 miles, so there are always plenty of fans from both sides at games between the Friars and Eagles. The two teams were both founding members of the Big East and formed a fierce rivalry from 1979 to 2013. They continue to play annually, so get your ticket to the yearly matchup between these two former Big East foes.

The Providence pep band does an excellent job of creating an electric in-game atmosphere. The band energizes the crowd with their music and is a big part of the game day experience at a Friars game, so enjoy the pep band’s performance during your visit.

The Providence Cheerleading squad energizes Friars fans at every Friars home game as well as the Big East Tournament and Late Night Madness. The cheer squad leads the crowd in a variety of cheers and performs some great routines, so don’t miss them when attending a Friars basketball game.

Providence and Villanova are the two smallest schools in the Big East and have developed an intense rivalry over the years. Villanova leads the all-time series 59-38, but you’ll be in for a treat when attending a Providence-Villanova game.