San Jose State has a surprising rich football history for one of the smaller schools in the FBS. The school has been home to two Hall of Fame head coaches, Bill Walsh and Dick Vermeil, as well as players including Jeff Garcia, Steve DeBerg, and Pop Warner.

One of the more unique aspects of Spartan Stadium is the fact that one-half of the stands feature a traditional double deck layout, while the other is a sloped single level. No matter what side you sit on though you’ll have a great view of the action of the field as there isn’t a bad seat in the house at Spartan Stadium.

It’s not just the unique stadium and strong history of the Spartans that makes attending a game at San Jose State worthwhile, the fans also create a great atmosphere that makes you feel like you’re at a major college football game. Despite the stiff competition from both the Raiders and 49ers as well as Cal and Stanford, SJSU still has its diehards who come out each week to cheer on their Spartans. 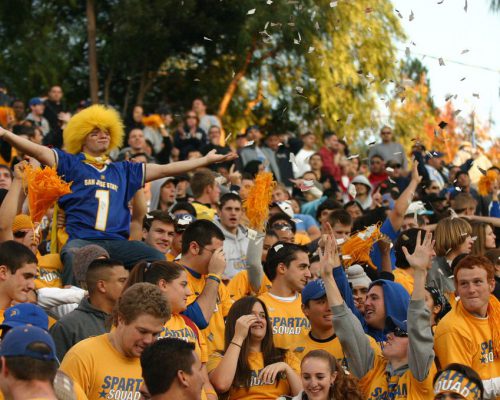 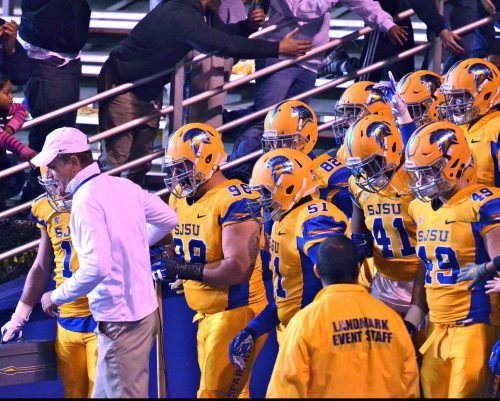 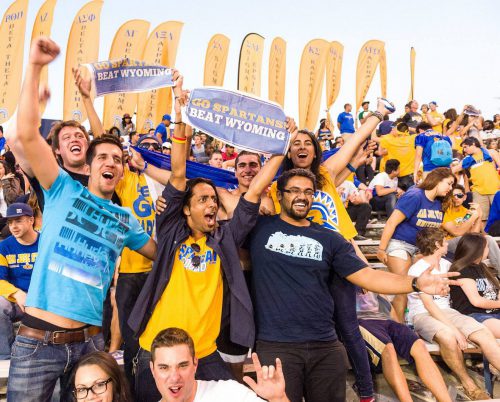 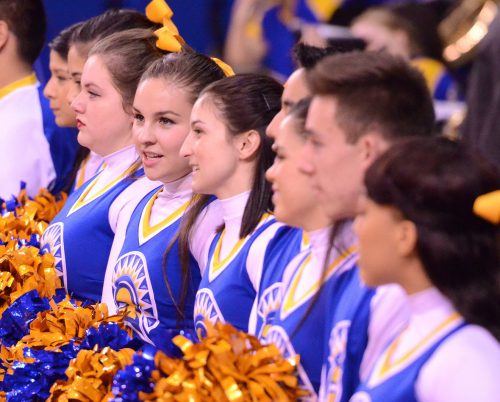 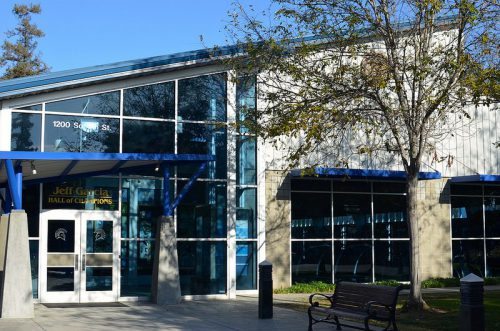 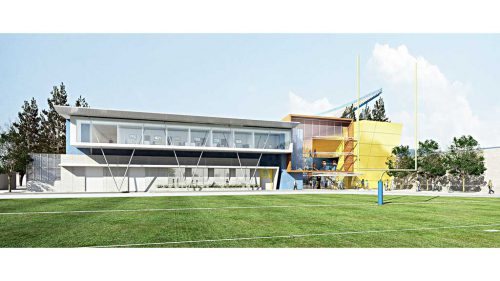 This new football facility is home to the Spartans’ locker rooms, coaches offices, meeting rooms, a hall of fame, and athletic training facilities. This athletic complex stands as a testament to how far the Spartans football program has come in the past few years and is an excellent thing to check out if you can. 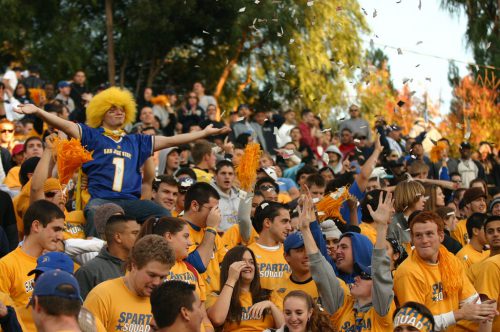 Procession of the Spartans

All you need to do is form a circle with your pointer finger and thumb, while extending your other three fingers and everyone will know you’re a Spartan. The popular hand gesture is a great way for Spartans fans to show off their school pride to fellow fans and pumps up the crowd at games. 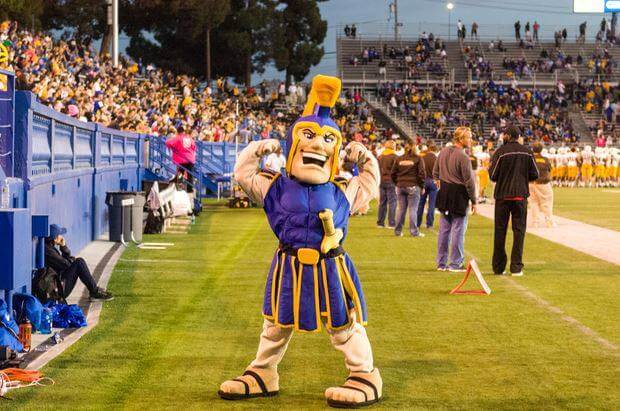 Sammy Spartan pumps up the San Jose State crowd like no one else as this mascot provides lots of in-game entertainment with his smooth dance moves and outrageous antics. Look for Sammy to energize the crowd particularly at big moments in the game. 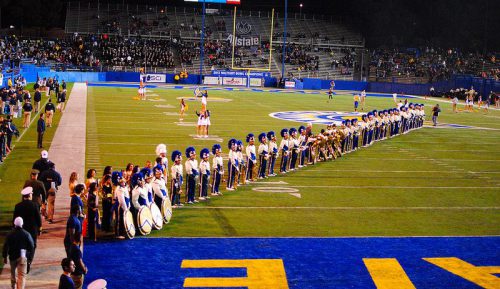 The San Jose State Spartan Marching Band puts on a great show, so make sure to stay in your seat at halftime. In addition to putting on a great halftime show and pregame show, the band also does an excellent job throughout the game of pumping up the crowd.

Check out the University of Hawaii stadium guide!

Check out the University of Nevada stadium guide!