Home of the South Carolina Gamecocks

One thing about South Carolina Gamecocks fans is that they’re extremely loyal. The Gamecocks haven’t been the best of teams in the SEC, but if you take a look at their crowd, you would think they were national champions. In 1999, the Gamecocks went 0-11, but each game they had 80,000 people are sitting in the stands cheering on their team. The fans at South Carolina love their team and the experience. Regardless of how their team is performing, the fans will always do their part.

It’s not just in the stadium that this extreme loyalty creates a great atmosphere, but at the tailgate as well. The fans here really love to tailgate and kick things off five hours before kick off. When you arrive, you’ll find the lots covered in garnet and black with the smokers fired up and ready to prepare some of the finest barbecues you’ll ever eat.

Like many places in the south the dress at a Gamecocks, game ranges from casual to more dressed up. It isn’t uncommon to see women in sundresses and men in shirts and ties here, although it isn’t required and many people will be seen sporting Gamecocks jerseys and apparel.

It’s not just the fans who take tailgating seriously at South Carolina though as the university has gone through the effort to develop one of the best tailgate destinations in the nation in Gamecock Park. The University of South Carolina has developed a tailgate area on the site of the former Farmer’s Market. Here you’ll find cable TV hook ups, electric outlets, tent zones, and even permanent bathrooms. The park is also home to Garnett Way, which allows for you to watch the band, cheerleaders, and team march to the stadium.

One of the things that sets tailgating at South Carolina apart is the Cockaboose Railroad. These luxury tailgate spots allow you to enjoy tailgating in style. Here you’ll find bartenders in tuxedos, hardwood floors, marble countertops, and fans sipping Pat O’Brien Hurricanes. This is the high life of tailgating and something that can only be found in South Carolina.

Regardless of whether you’re tailgating in style in the Cockaboose Railroad or barbecuing at Gamecock Park or in one of the parking lots, you’ll have a great time tailgating at South Carolina. 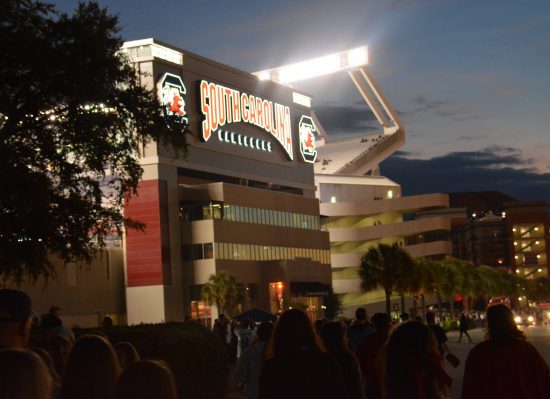 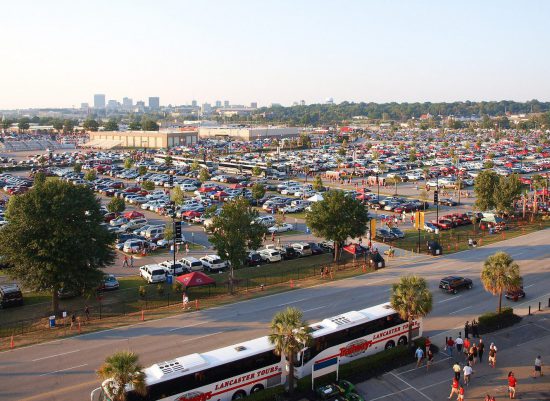 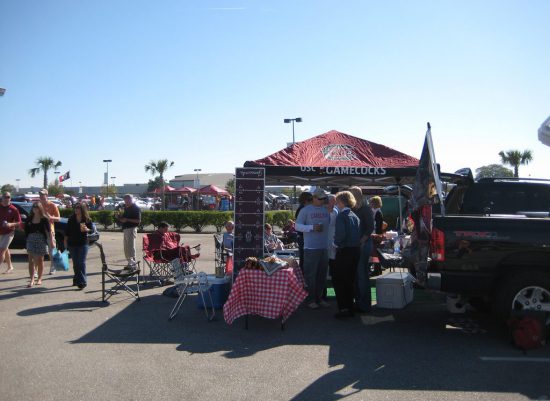 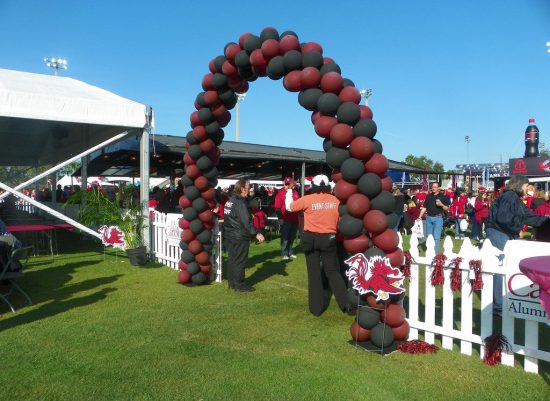 Catch a glimpse of the team as they make their way from the bus to the stadium during the Gamecock Walk. If you’re looking to get into the gameday spirit then make sure to attend the Gamecock Walk where you’ll get to see all your favorite South Carolina players in person. 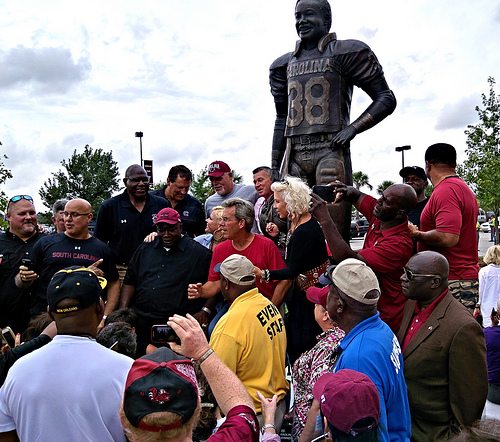 his statue outside the stadium pays tribute to South Carolina’s only Heisman Trophy winner George Rogers. Stop by and honor the finest player in the history of Gamecocks football.

It all started around 1990 when a South Carolina fan hated the look of the rundown tracks right outside the stadium. He proceeded to clean up the tracks and place renovated cabooses on the tracks to create a one-of-a-kind tailgating experience. There are 22 cabooses in the Gamecock Railroad today, and each unit has a boatload of amenities including big screen TV's, mahogany cabinets, heating and air, granite counter-tops and anything else you can imagine. 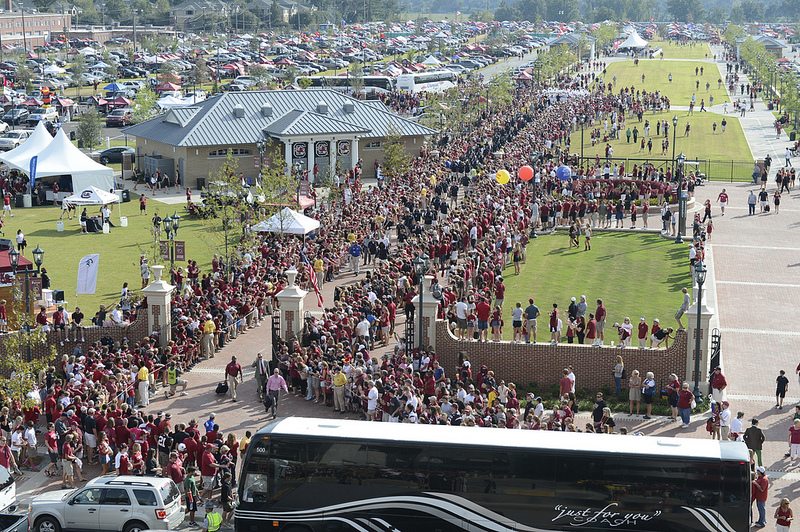 A state of the art tailgate destination created by the University. Here you’ll find many amenities including electricity, bathrooms, and tent zones. You’ll also have a great view of the band and team’s pregame walk to the stadium.

Check out the University of Florida tailgating guide!

Check out the University of Tennessee tailgating guide!