Home of the South Florida Bulls

The Green and Gold Guys are some of the most diehard Bulls fans out there. The members of this spirit group have been going all out to show their support for USF since 2000, so don’t miss them when attending a Bulls basketball game.

Rocky is the official mascot of the University of South Florida and can be seen on the sidelines throughout the game. Rocky pumps up the crowd with his antics and is a big part of a USF game, so keep your eyes peeled for him during games.

Show off your Bulls pride by making the “Go Bulls” hand signal while cheering on USF. The hand signal looks just like a Hook ‘Em Horns signal and is easy for just about anyone to make.

The rivalry between USF and UCF is best known for the school’s annual contests on the gridiron, but the basketball rivalry precedes that dating back to 1972. The two schools played on and off between 1972 and 2013, but since both teams have joined the American Athletic Conference things have heated up. USF-UCF is one of the most intense rivalries in the AAC, so don’t miss it when the Knights come to town.

The Bull is played during key moments in the game and gives the USF some extra encouragement. While performing this cheer, Bulls fans wave their Bull hands in the air to throw the opposition off of their game.

Take a walk around the concourse before the game to see all of the USF banners and paraphernalia around the arena. The concourse at the Yuengling Center is decked out in Bulls colors, so you’ll know exactly where you are when attending a USF basketball game.

The USF Pep Band does an excellent job of creating a fun in-game atmosphere. The band keeps spirits high with their rousing renditions of the “Golden Brahman March” and “The Bull,” so enjoy their tunes throughout the game. 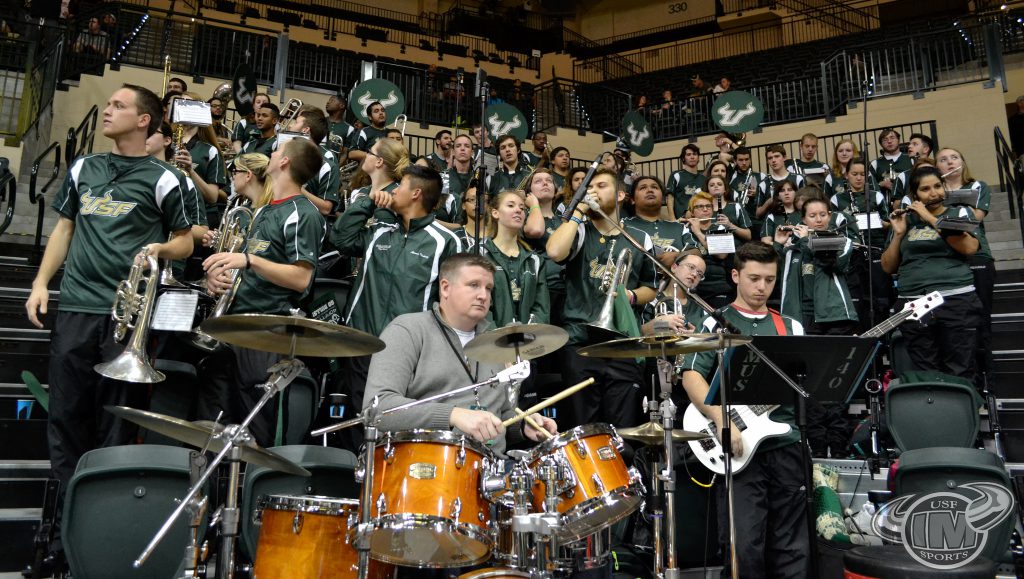