Home of the SMU Mustangs

SMU has a strong football history having been the home to many of the games all-time greats including Doak Walker, Don Meredith, Forrest Gregg, and Eric Dickerson. The historic success and the fact that like the rest of Texas SMU is football crazy means that you’ll be in for one of hell of an experience when attending an SMU game at Gerald J. Ford Stadium.

The tailgate or should I say the Boulevard at SMU provides an outstanding pregame atmosphere that carries over into Gerald J. Ford Stadium. Once inside the stadium, you’ll feel the full atmosphere of attending a major college football game in the heart of Texas. The fans here live and breathe football, so you’ll have no problem finding plenty of people to talk to about the game.

You’ll also notice that the fans inside Gerald J. Ford Stadium are some of the friendliest in all of Texas. There is a great sense of camaraderie between Mustangs fans, which can easily be seen on The Boulevard but is also apparent throughout the game as everyone you’ll meet is very hospitable to opposing fans.

The great fans combined with the excellent views of the action provided by the school’s relatively new football stadium makes a trip to SMU a can’t miss. 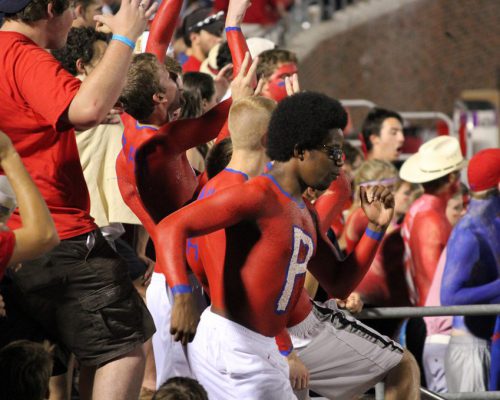 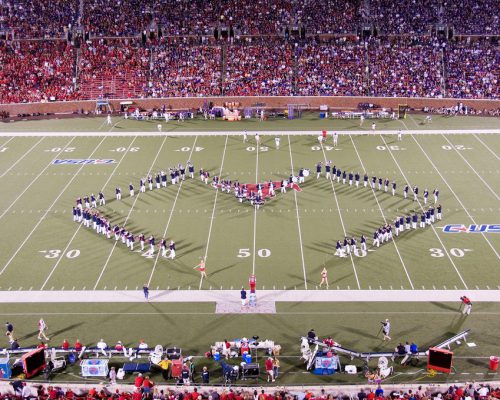 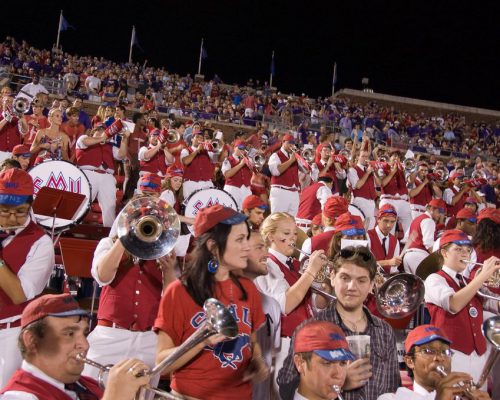 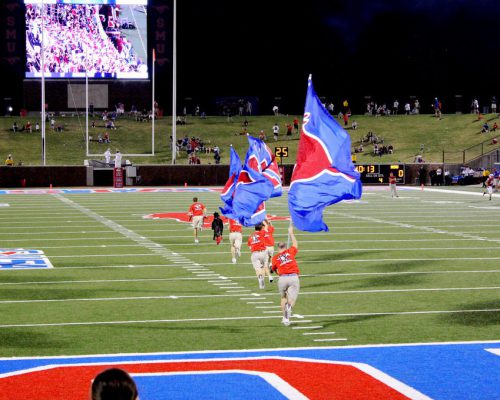 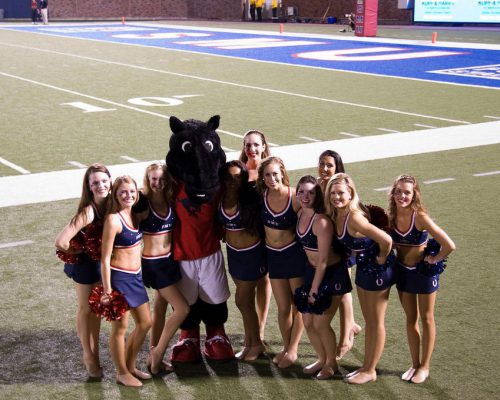 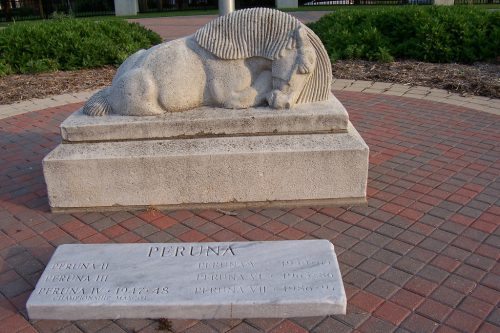 Located at the south end of Gerald J. Ford Stadium this Plaza pays tribute to SMU’s mascot Peruna. Here you’ll find a statue dedicated to Peruna I and you’ll also find memorials dedicated to all the Perunas throughout SMU history. 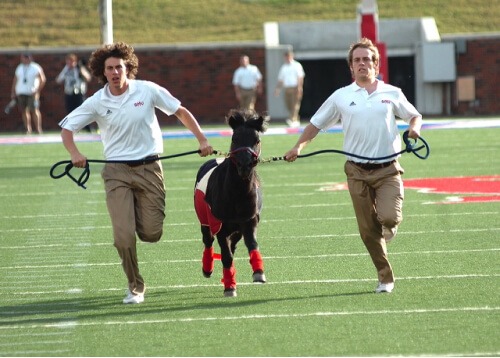 Peruna is SMU’s live Shetland pony mascot and has been at every SMU game for over 70 years. After each touchdown, Peruna and his handlers run across the field to the opposing team's end zone in celebration. Peruna also has a penchant for fighting other mascots and once even took down Texas’s Bevo with a kick to the side. Keep your eyes on Peruna throughout the game as he is sure to provide some entertainment. 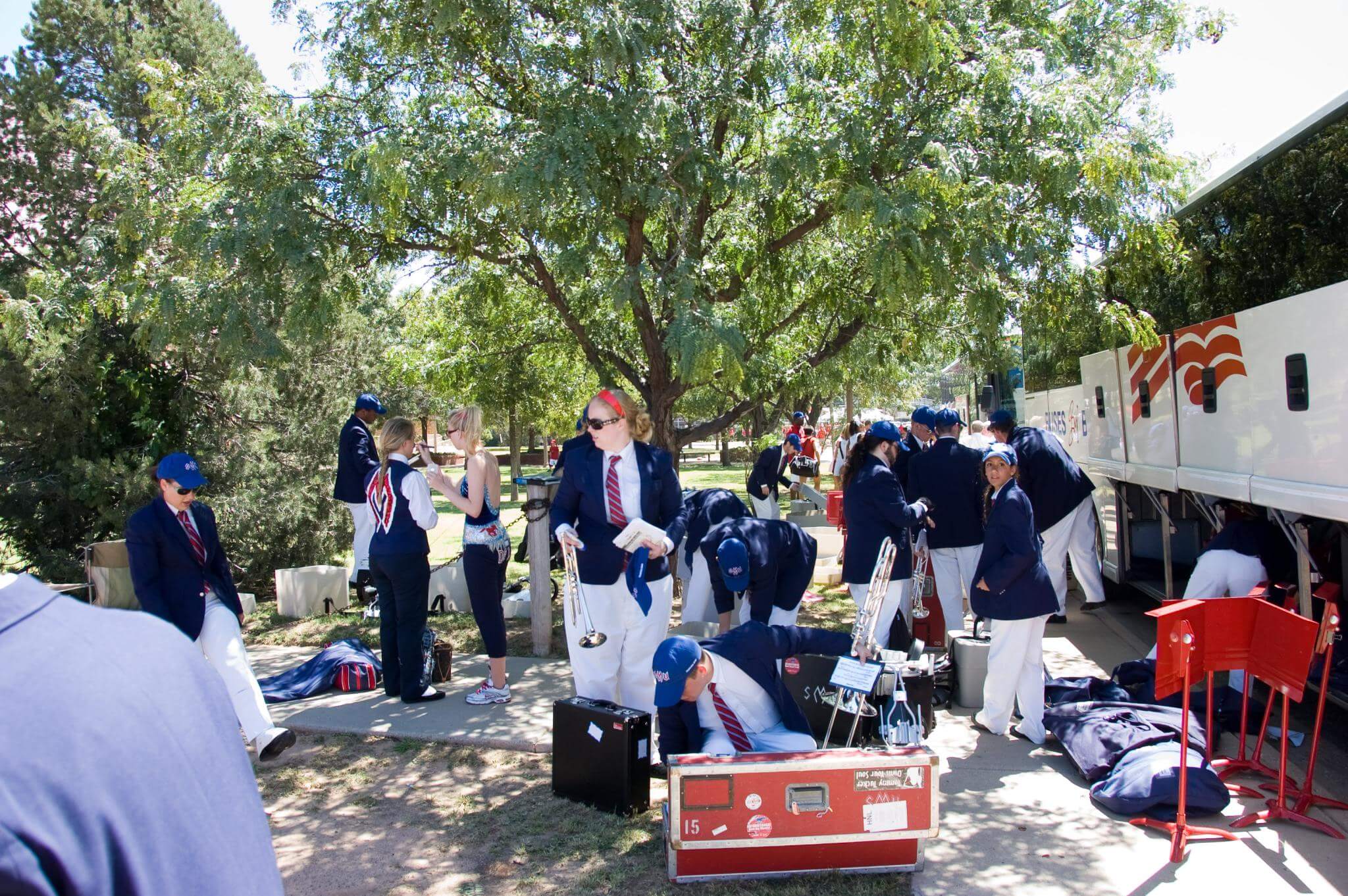 Best Dressed Band in the Land

Check out the University of Tulsa stadium guide!

Check out the University of Memphis stadium guide!

Check out the University of Houston stadium guide!