Home of the Stanford Cardinal

The Stanford band is one of the wildest and craziest bands in all of sports. In the past, the band has been reprimanded several times for pulling pranks and has even been banned from other playing fields. When attending a Stanford football game keep your eyes on the band as you never know what crazy stunts they’ll pull next. 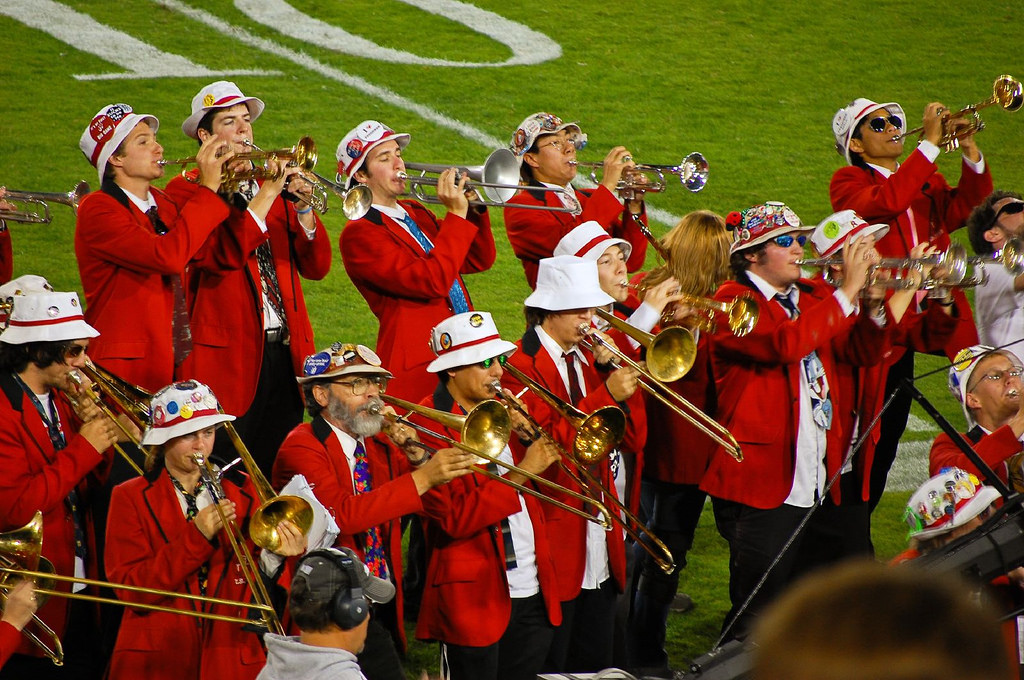 The Stanford Cardinal have been Cal’s arch rivals since 1892 making it the oldest college football rivalry in the West. The rivalry had produced many memorable moments over the years with the most famous coming in 1982  when the Cardinal band entered the field with time left to play as Cal returned the game-winning touchdown. Stanford holds the all-time series lead is taking home the Stanford Axe in 60 of the schools’ 117 meetings. If you can make it to only one Stanford game, then The Big Game is the one to see. 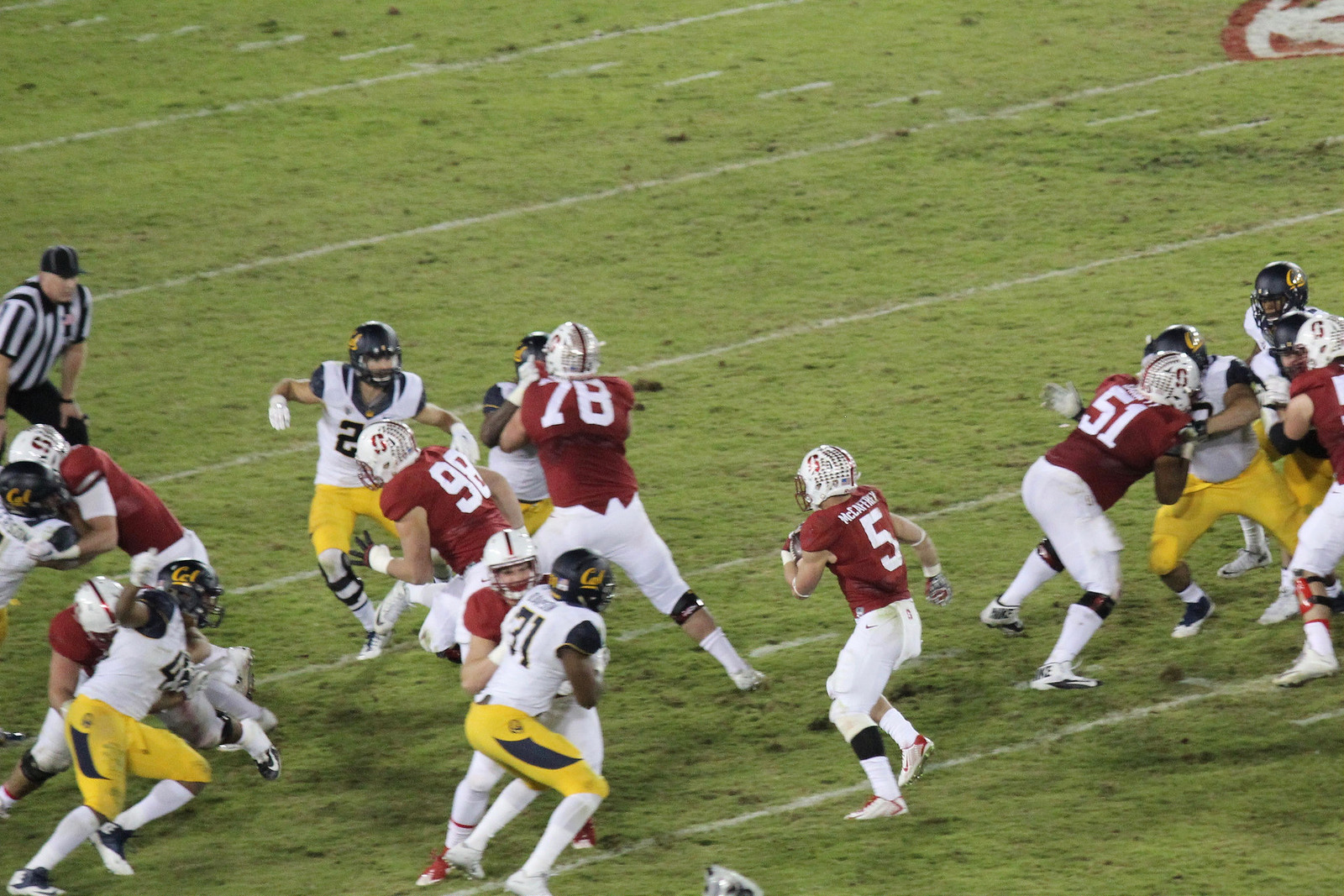 The Stanford Tree is one of the more colorful mascots in all of college sports as it is the official mascot of the Stanford Band rather than the university. The Tree is also the only mascot in all of sports that is rebuilt every year rather than having a fixed costume. Keep your eyes peeled for the Tree as it will surely provide plenty of entertainment throughout the game. 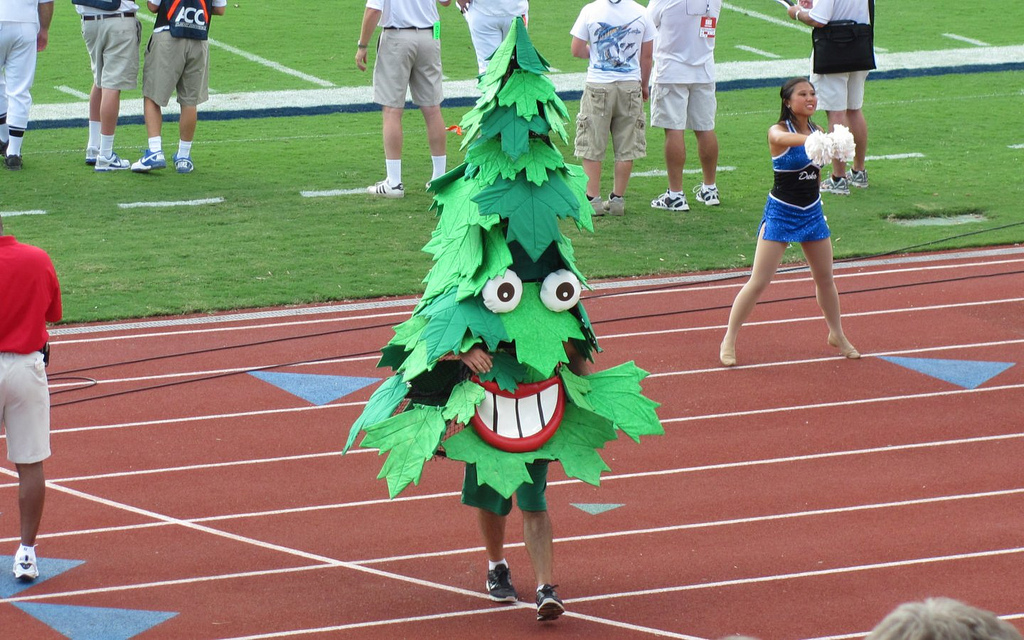 The Walk dates back to the 1920’s when the Cardinal football team would walk across campus from the locker room in the Encina Gym. Today the walk is led by the   Leland Stanford Junior University Marching Band (LSJUMB) and takes place two hours before kickoff. Make sure to cheer on the Cardinal as they walk to the stadium. 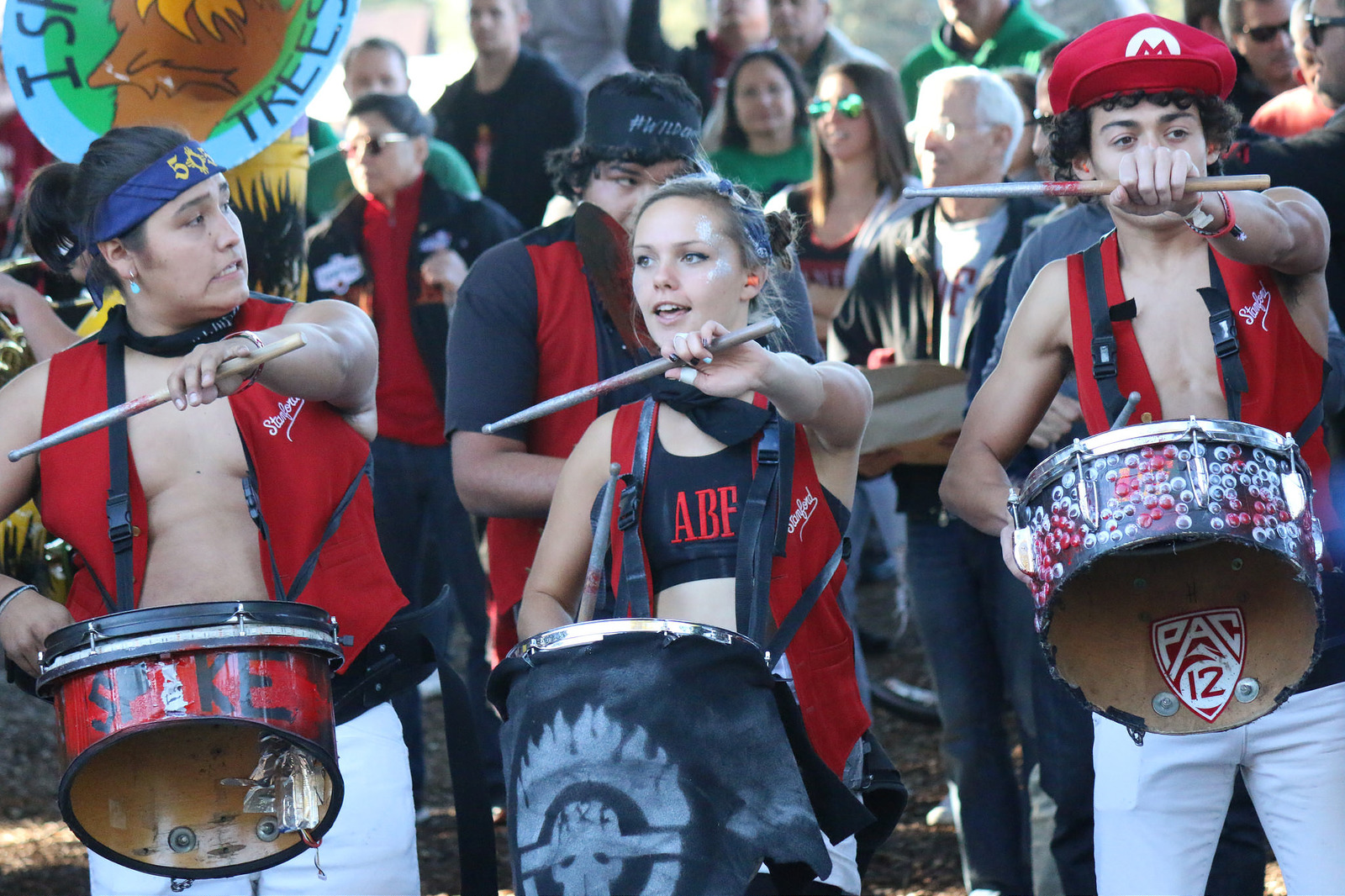 “All Right Now” has become somewhat of a de facto fight song for the Cardinal as it is often played throughout the game. It even has gotten so popular that it has displaced the official fight song at football games. Come prepared to belt this tune out if you want to show your support for the Cardinal. 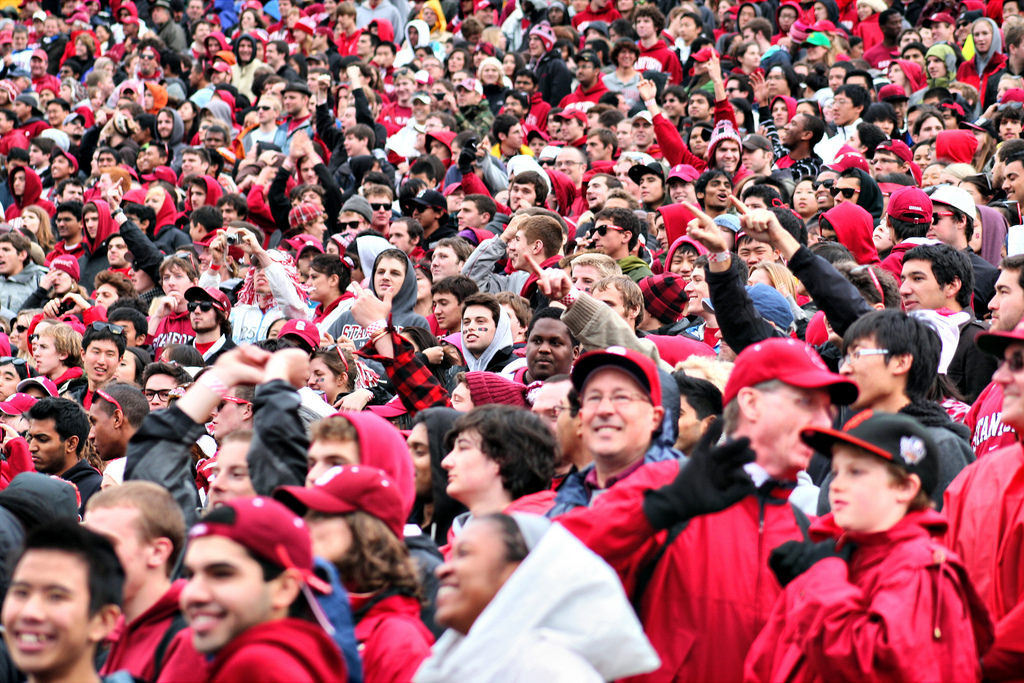 The Stanford Axe is awarded to the winner of the Big Game, which is played annually between Stanford and Cal. The axe had a long-running history of being stolen back and forth by these two rivals, which eventually led to it becoming a rivalry trophy for the Big Game in 1933. One of the more unique aspects of this trophy is that the score of the 1982 matchup is changed depending on what school holds the trophy as the debate about The Play rages on. 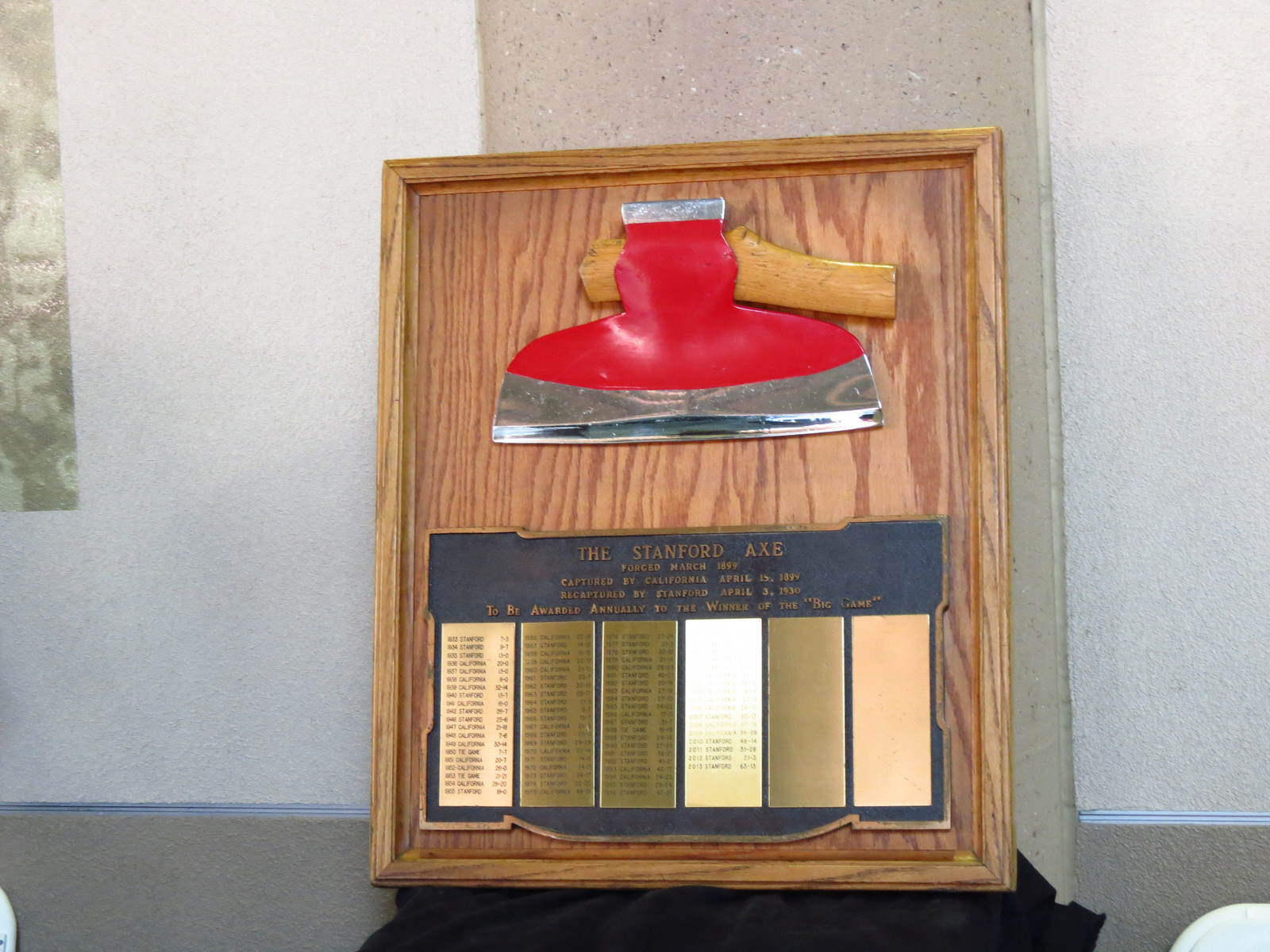 Stanford Stadium itself is something every football fan should take in as not only is it one of the oldest college football stadiums in the country, but it is also one of only two college stadiums to have hosted the Super Bowl. Don’t let the new renovations fool you this place is packed with history, so make the trip to Palo Alto to see where some of the greatest players in the game’s history have played. 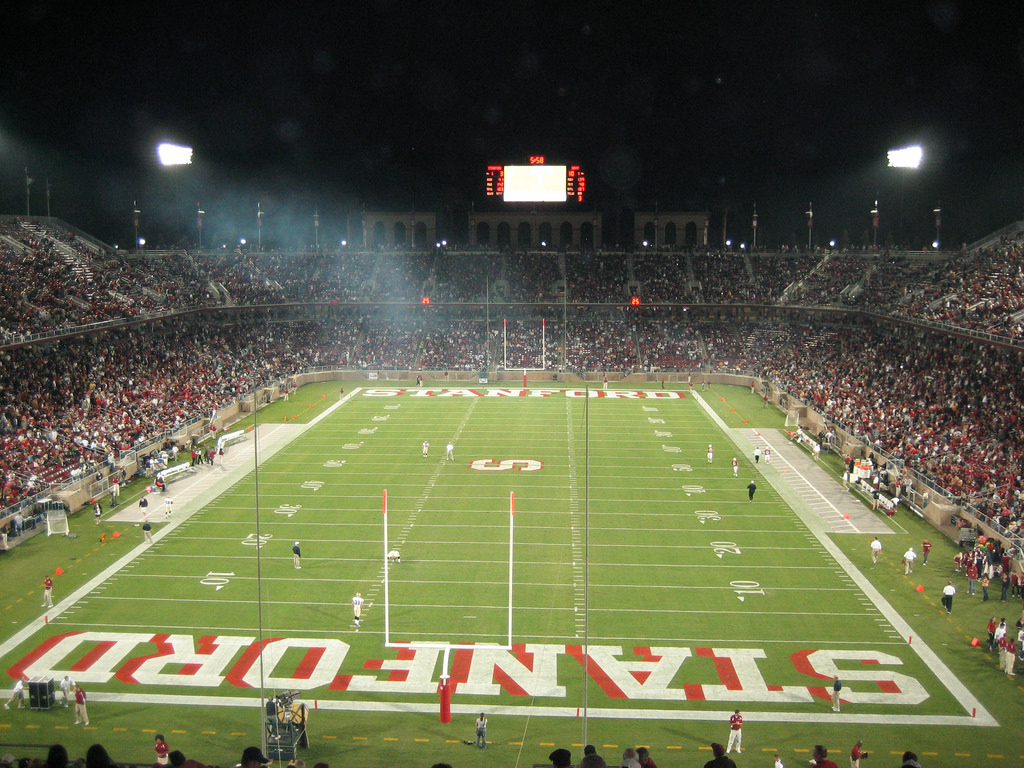 8. Come on Join the Band

“Come on Join the Band” has been the official Stanford fight song since 1907, so join in on its singing the next time you attend a Cardinal football game. The song pumps up the fans and is a great way to get in on the Stanford spirit. 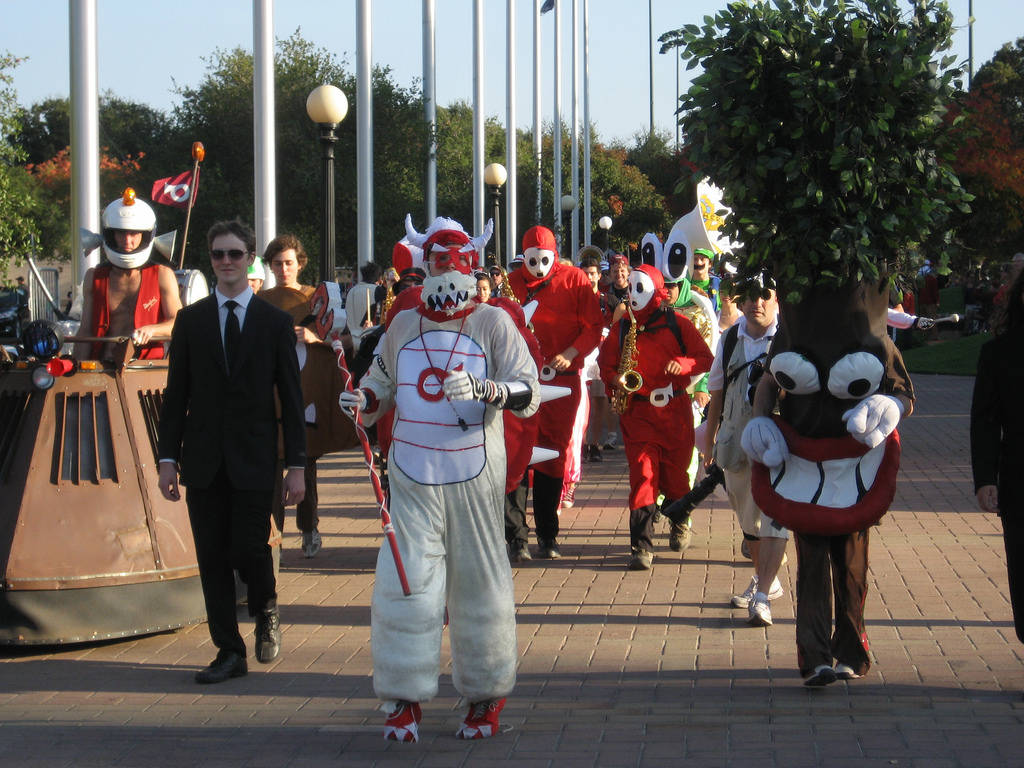 At Fan Fest, you’ll find a whole slew of activities and events that will keep you entertained until kickoff. Here not only can you grab a beer from the beer tent and some grub from the best food trucks in the Bay Area, but you can also take part in a variety of fun pregame activities. It’s the perfect pregame destination for the whole family as these activities will not only entertain adults but children as well. 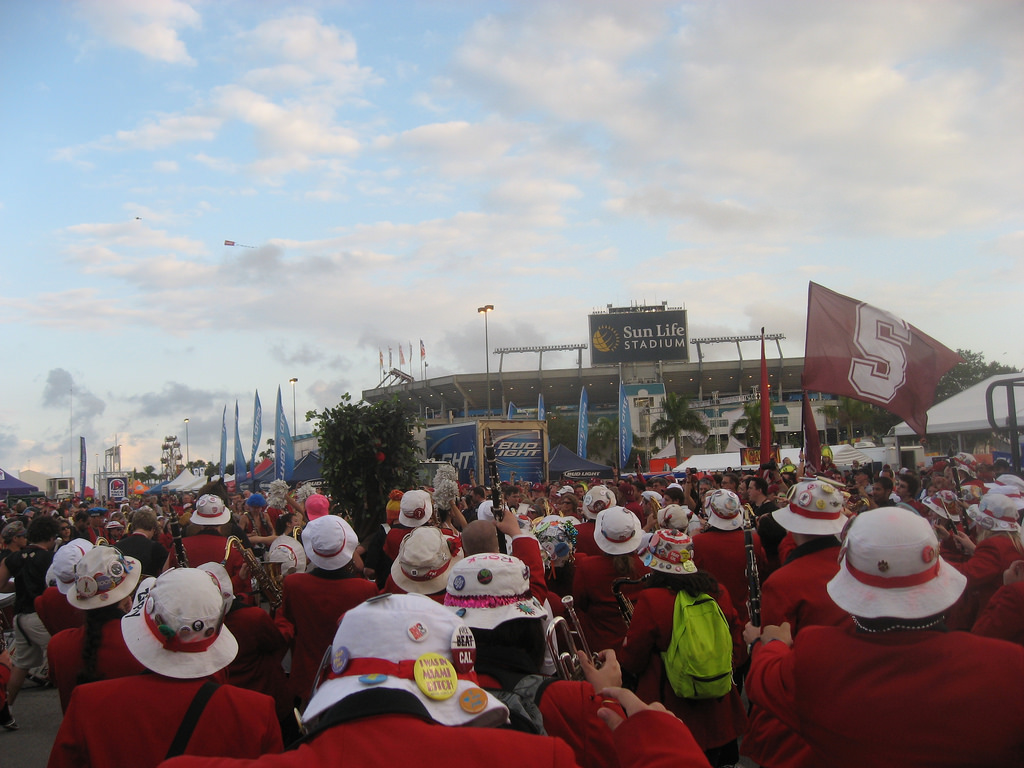 This is the what the legion of Stanford student fans call themselves when supporting their team. The students in the student section show their love and support for the Cardinal by wearing fake nerd glass and nerd nation T-shirts, so if you’re looking to take in a Cardinal game with some of the wildest fans then look no further than the student section. 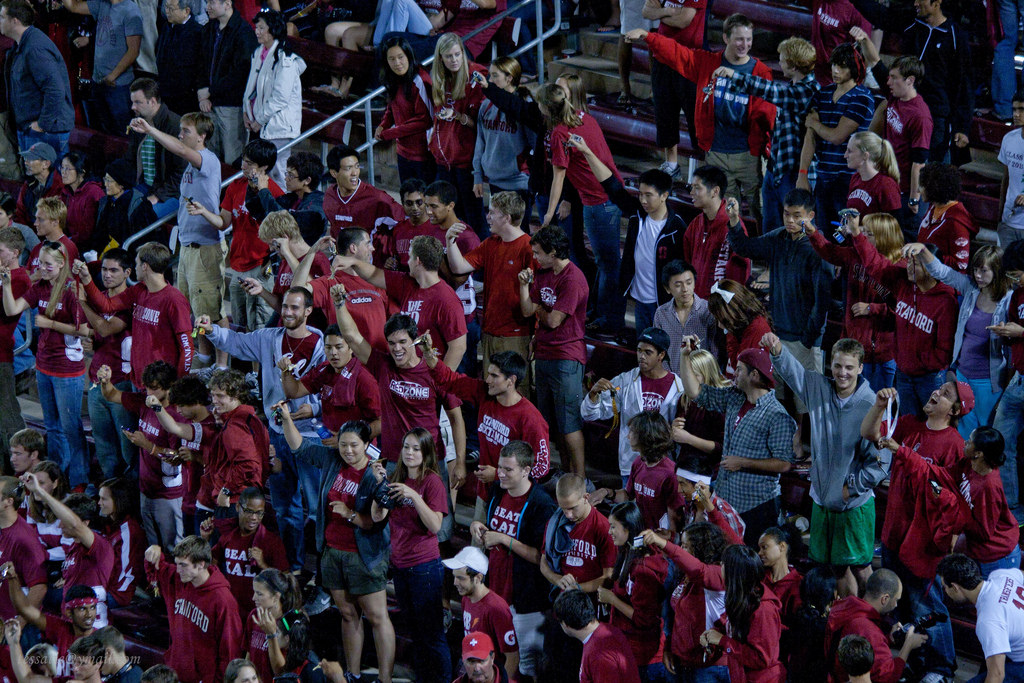