Amon Carter Stadium is known for being one of the toughest places for opponents to play and has even earned the nickname “Hell’s Half Acre.” The first thing you’ll notice when you get inside the stadium is the loudness and passion of the TCU fans. Everyone in Amon Carter Stadium arrives abuzz with excitement and ready to cheer on the Horned Frogs.

The student section, in particular, brings the noise as they are one of the biggest and most boisterous in all of the Big 12. The student section takes up most of the east sideline and without a doubt, you’ll be aware of their presence throughout the game. Whether it’s doing the Riff Ram cheer or performing the Frog hand sign, you’ll see and hear plenty from the TCU student section.

The recent renovations to Amon Carter Stadium of having really taken the experience of attending a Horned Frogs game to the next level. The stadium is much more aesthetically pleasing than before, and the atmosphere also benefits from the renovation as you’ll find there isn’t a bad seat in the house. The stadium’s new facelift doesn’t mean that the Horned Frog’s history has been forgotten though as all throughout the stadium you’ll find plenty of banners and plaques dedicated to TCU greats of the past.

TCU offers a great game day experience that any college football fan will love regardless of their team affiliation. You’ll find plenty to love at TCU as the outstanding fan support, and recent renovations make the trip well worth it. 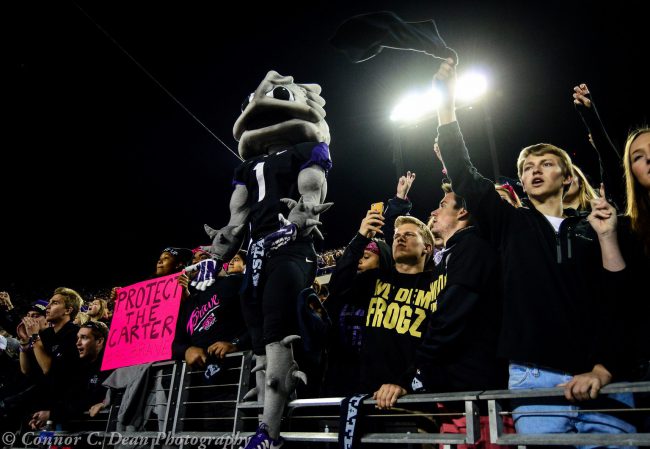 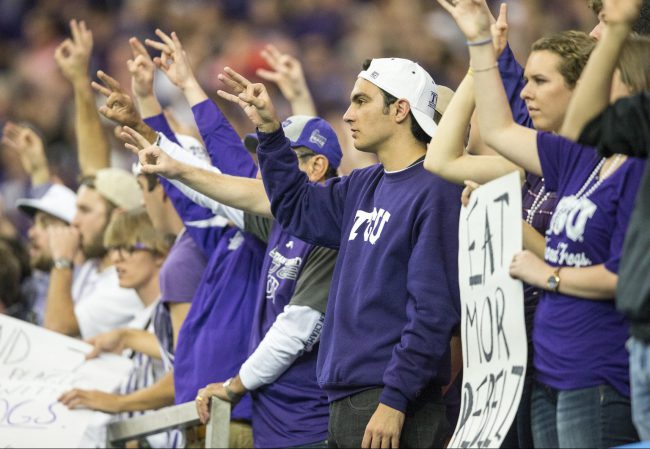 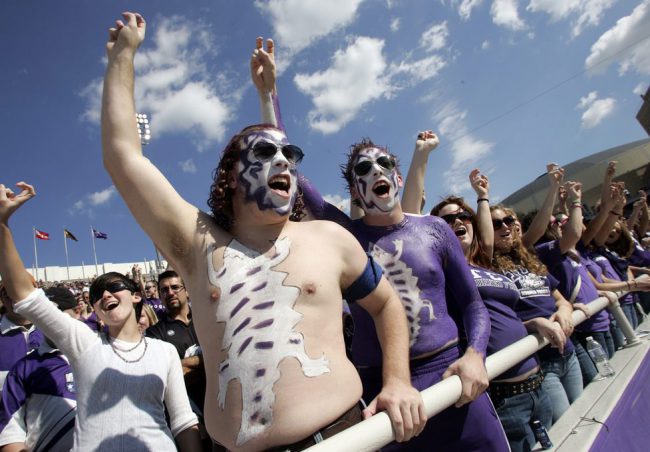 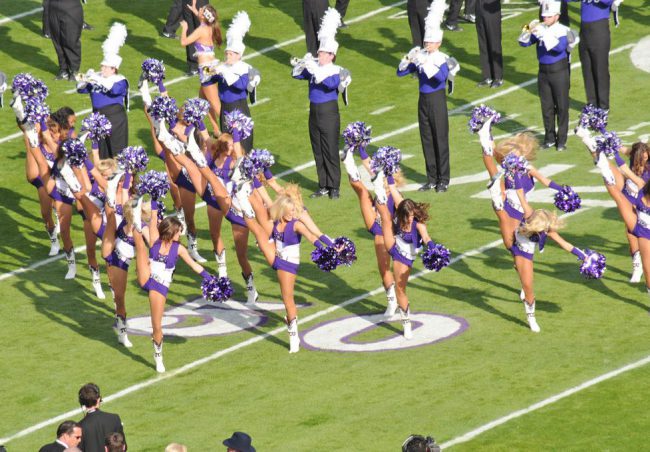 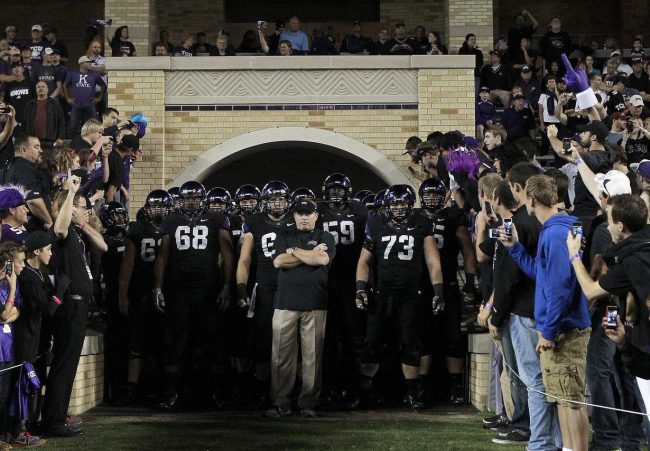 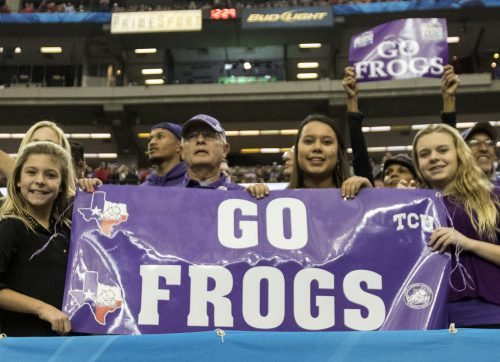 Recently Texas Christian University added wi-fi to their stadium in order for fans to utilize an in-game mobile website that allows for fans to re-watch major plays, touchdowns, etc. The website can be found here. You can even use it to order food! 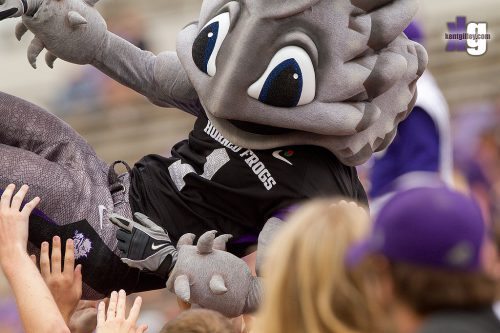 Super Frog can seen throughout the game and is one of the biggest symbols of school spirit at TCU. This mascot spends his time interacting with the crowd electrifying the atmosphere of each home game. Being one of the more popular mascots in the NCAA Super Frog helps infuse team spirit on the field with his charm. 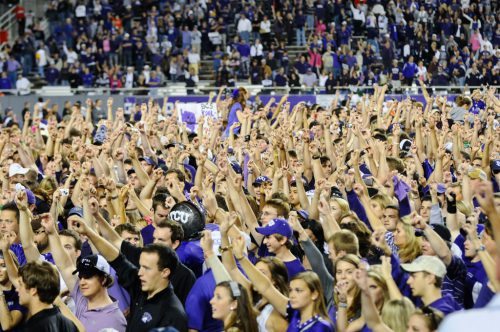 Since its inception in 1980, fans of TCU have been using the frog hand gesture in order to show their pride for the Horned Frogs. The sign is made by bending your index and middle finger at the knuckle 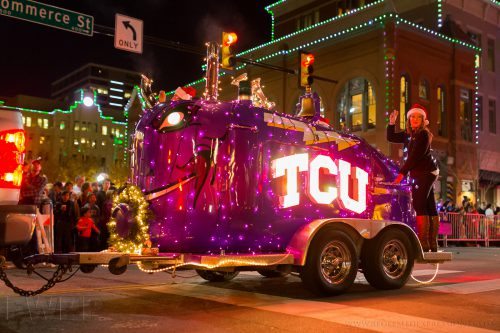 Dubbed by ESPN as the “most unique feature in all of college football”, the Frog Horn is a trademark of the Amon G. Carter Stadium. Each time the Horned Frogs score a touchdown, the horn emits a deep locomotive horn. 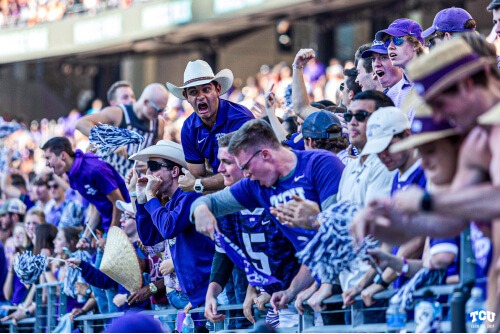 This area of the stadium consists of young Frog fans who are invited to line up near the south end zone and step onto the field before kickoff. When the Frogs run out of the south tunnel, the Creatures run alongside to the other end. TCU wide receiver Josh Doctson remembers running alongside his brother, pretending to be one of the players as a child. Check out the run here.