Since joining the Big 12 conference, tailgating at Amon G. Carter Stadium has really come alive, and the Horned Frogs fans have brought tailgating to a whole new level. At TCU you can build your patios in specific tailgate lots, giving you a more home-like feel even though you’re at the stadium. The advent of Frog Alley allows you the chance to interact with the players making the atmosphere even more exciting and vibrant with purple pride than ever before.

TCU offers Texas tailgating at its finest including everything you’d expect ten-gallon hats and all. At TCU you’ll find exactly what you’re looking for in a Texas style tailgate as not only will fans be wearing cowboy hats and boots, but there will be plenty of Texas barbecue. Barbecue is king regarding tailgate food at TCU as you’ll find large pits everywhere you look. Being that this is Texas the people here are mighty friendly, so if you bring some food and drinks to share then, you’ll have no trouble making friends.

TCU also offers many different tailgate locations, so you should have no problem finding something your speed. They offer family friendly areas like Frog Alley as well as more rambunctious options for those of you who are looking to get down. You’ll have a great time regardless of where you end up tailgating at TCU as there is something here for everyone. There is plenty of food, fun, and friends to be had, so head on down to Fort Worth for one of the biggest and best tailgating extravaganzas in all of football. 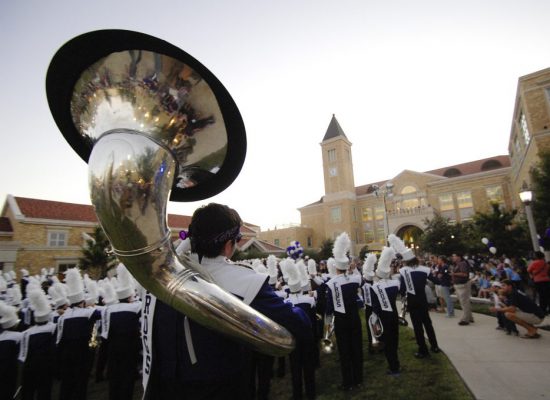 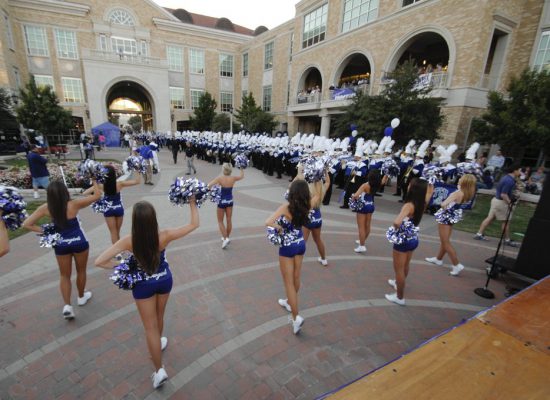 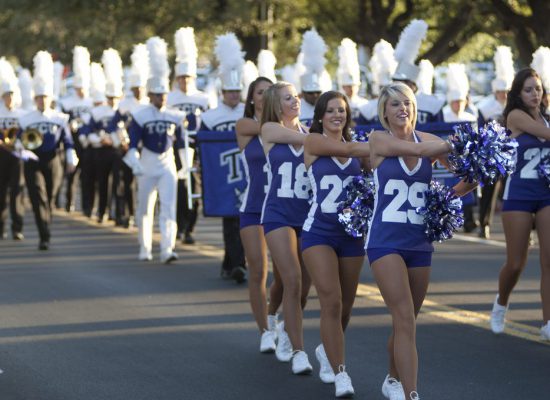 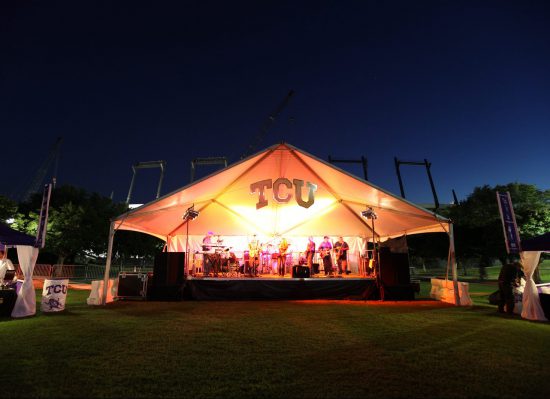 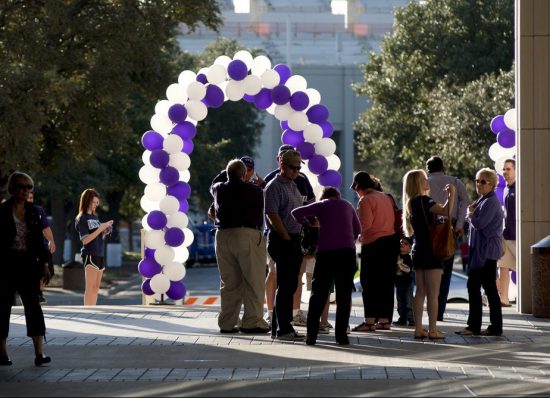 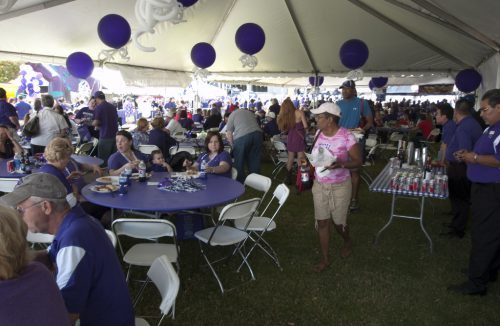 Ex TCU Letterman John Marsh is at the helm of a 39-foot, two story smoker in Lot 3 of Amon G. Carter Stadium. They park it the night before a game and prep all night to serve the fans of TCU tailgating. Stop by the Lettermen’s Smoker for a one of a kind tailgate experience you can only find at TCU. 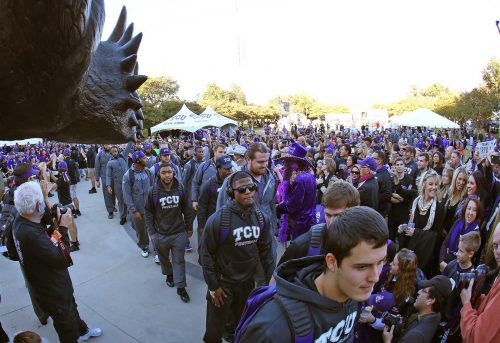 Prior to kickoff the everyone lines up along the along Frog Alley to cheer on the band, cheer squad, and football team as they enter the stadium. 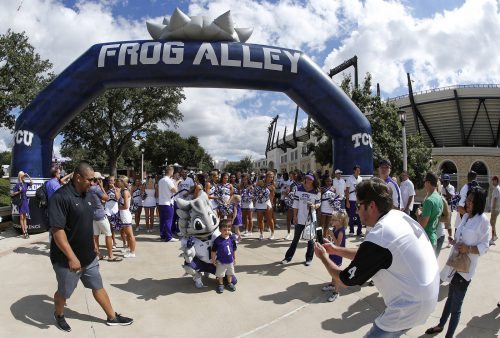