Home of the Troy Trojans

Troy albeit a small school draws a fantastic crowd, which has helped the program to build up a fairly large regional following. The Trojans draw a little above 20,000 fans on average, which is much better than many of their Sun Belt Conference foes who struggle to get 20,000 fans for even their biggest games. The dedicated Trojans fans have developed their tight-knit community, which in turn has made Troy a staple of the Alabama football landscape.

In addition to an intense crowd, you’ll also an intimate experience at a Troy football game. The design of Veterans Memorial Stadium puts on top of the action and no matter where you’re seated you’ll have a great view of everything going on on the field.

Finally, the Troy Sound of the South Band is a sight to behold. They provide great in-game entertainment all on their own, so be sure to join in on the singing of the Troy fight song “Trojans One and All.” 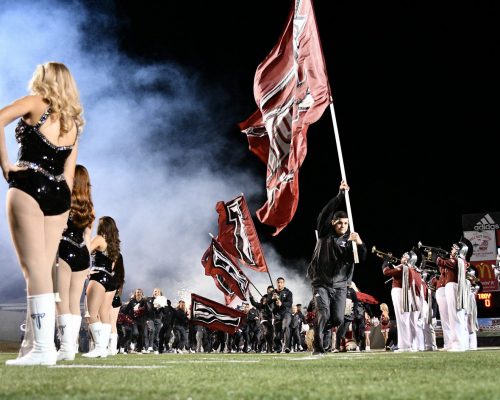 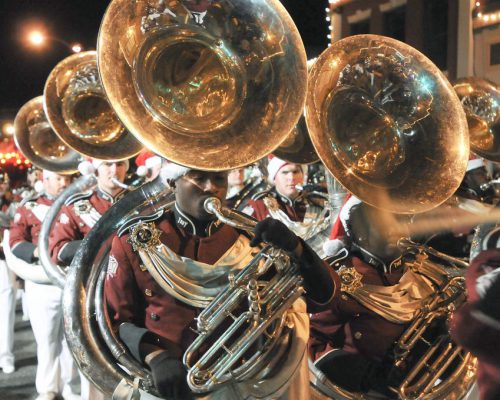 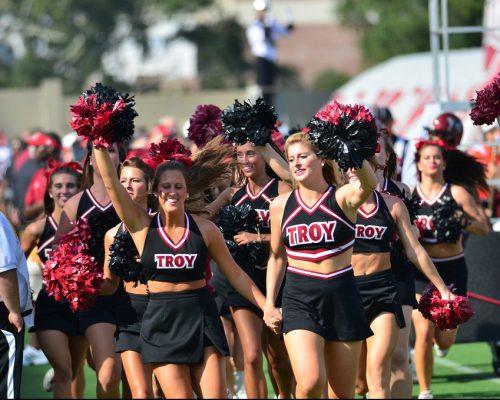 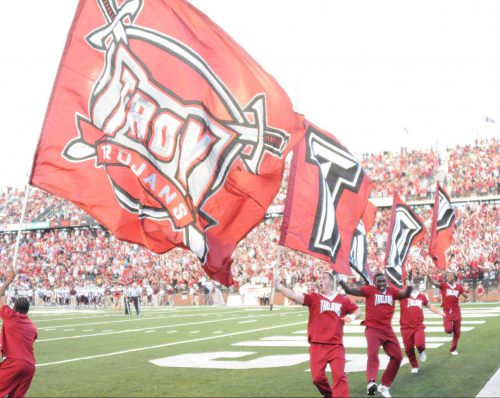 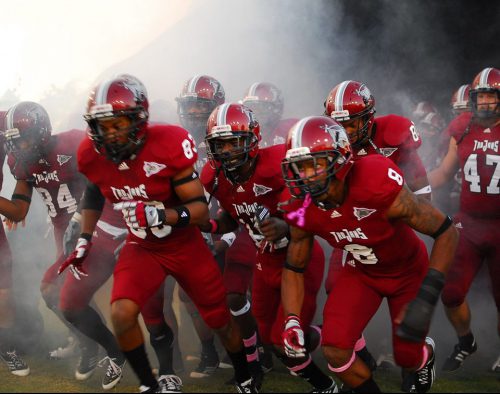 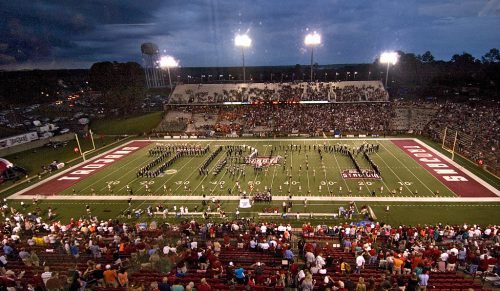 The Sound of the South Band

The band is a major component of the Troy game day experience, as not only do they put on a grand show before and after the game they also play a big role in creating Veteran Memorial Stadium’s outstanding atmosphere. 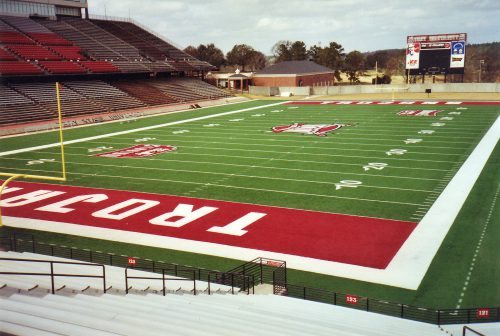 The stadium club can accommodate 1,000 guests and is home to the program’s sports medicine, academic, and media relations headquarters. 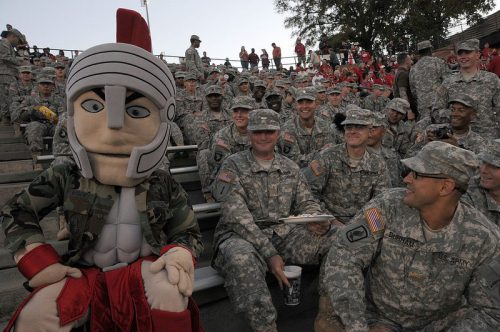 Prior to the game and after every score the Trojan Warrior or Princess would race down the field on his or her trusty steed “Big Red.” Unfortunately this tradition ended in 2012 when artificial turf was put in at Veterans Memorial Stadium. There have however been some rumblings that this tradition may be brought back in the near future.