Home of the Air Force Falcons

Air Force has the highest percentage student attendance of any school in the FBS as the cadets here are required to go to each and every game. This requirement not only means that the stands are always full, but it also ensures that the loudest and most raucous portion of the stadium will always be out in full force to support the Falcons.

You’ll know before the game even starts that you are witnessing something special at Air Force. The pregame traditions here alone are worth the price of admissions, as you’ll see flyovers, parachuters, and the cadets running to the stands. These pregame festivities really get the crowd pumped up and ready to cheer on the Falcons.

Once the game starts, the raucous pregame environment carries over, as the fans are on their feet and cheering for the Falcons all throughout the game. The support from the cadets is particularly strong as football games are a chance for them to really let loose and enjoy themselves. You’ll have a great time cheering along with Air Force fans as they root on the Falcons to victory.

The crowd really gets up for games against fellow military academies, so if you want to attend the biggest games of the year, then you’ll want to be in attendance when Air Force takes on Army and Navy. 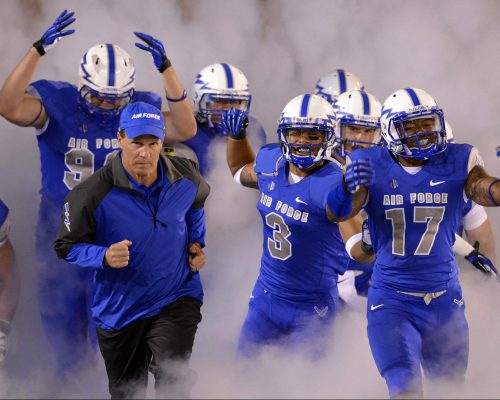 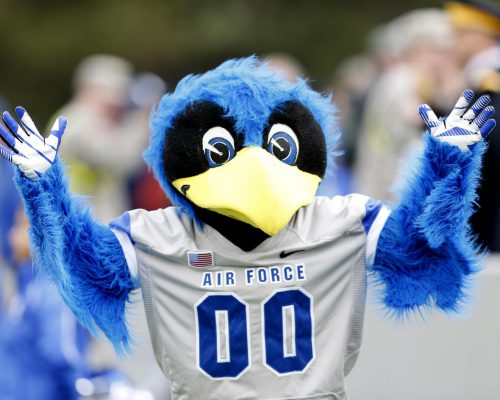 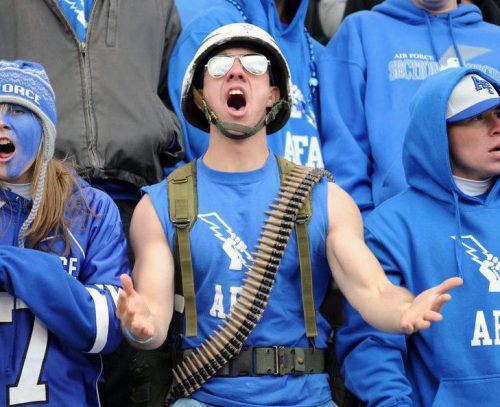 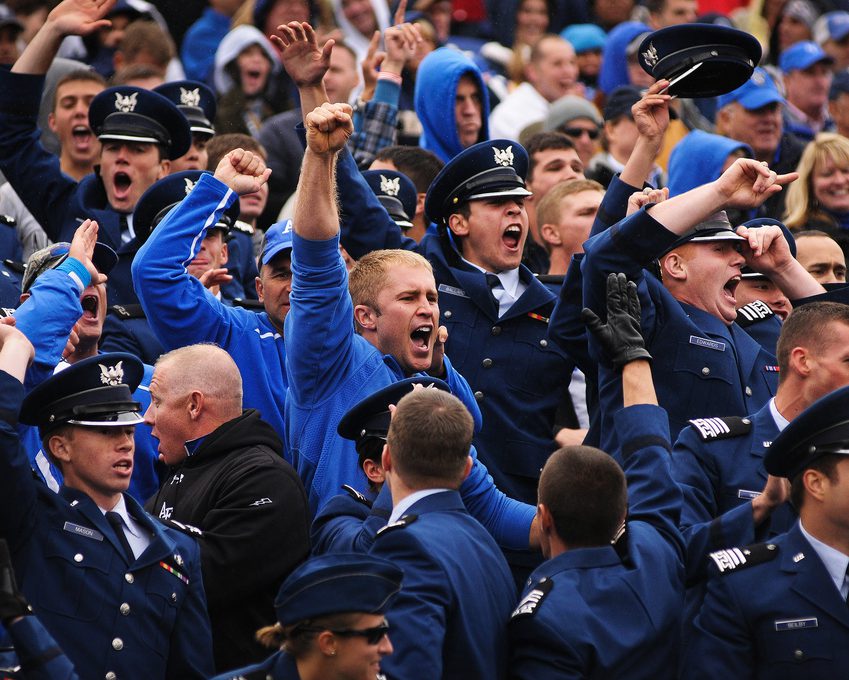 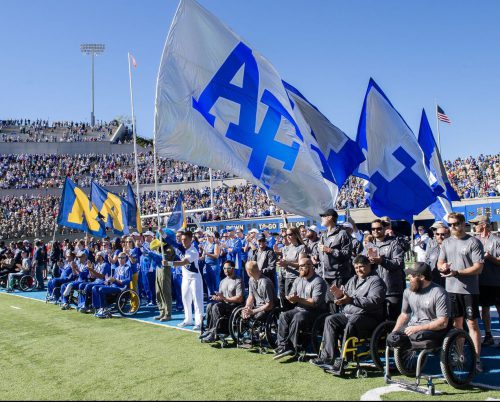 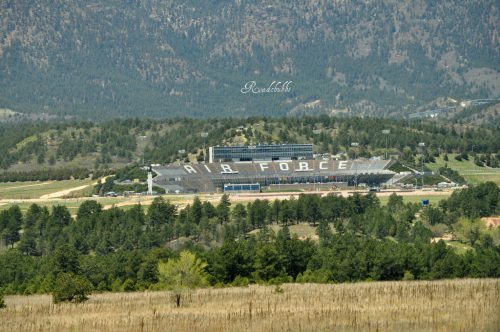 As you catch breaks in the action, you can look beyond the stands at a breathtaking view of the Colorado landscape. Pikes Peak and Cheyenne Mountain can be seen from the varying points of the stadium, so take a minute to enjoy the beauty around you. 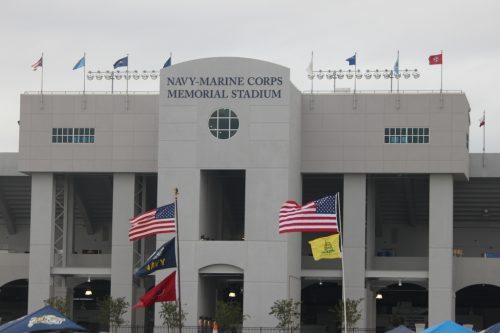 All throughout Falcon Stadium you’ll be able to find plaques and other displays honoring great Air Force players, teams, and coaches of the past. Check out these plaques for a chance to learn a lot about Air Force’s outstanding football tradition. 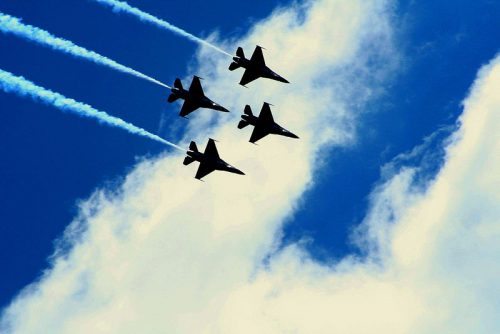 Truly one of the most unique pregame rituals in all of collegiate athletics. F-15 soars over Falcon Stadium as the crowd watches in awe. A hair-raising moment, to say the least. 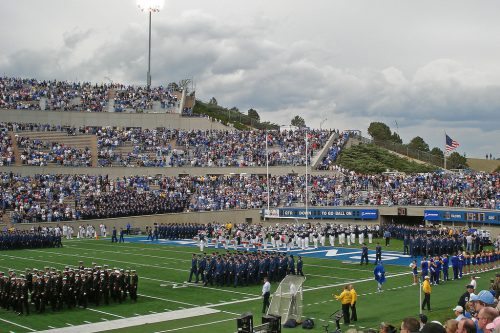 Before every game, Air Force cadets line up into their squadrons formation all around the field. They hold this formation until after the national anthem when they all sprint at full speed into the stands. 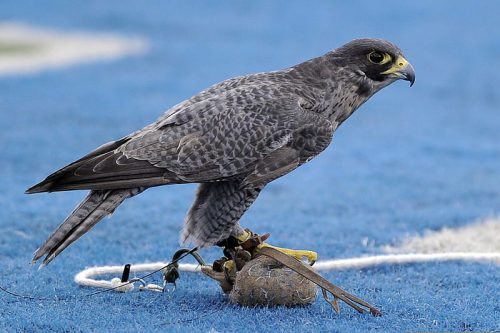 At halftime of each home game a falcon is released and can be seen soaring high above Falcon Stadium. This offers the fans a great experience and wonderful sight. 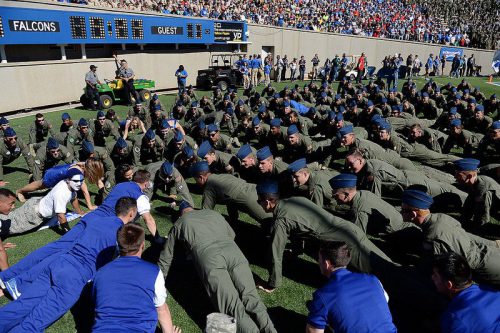 After every score, the freshman cadets run down from the stands and into the end zone to do push-ups. The cadets do as many push-ups as the team has points scored.

Check out the University of Wyoming stadium guide!

Check out the University of New Mexico stadium guide!