Home of the Charlotte 49ers

The 49ers football program is among the newest in all of College football, but that doesn’t stop the fans from showing up in strong numbers to support their team. The 49ers began playing football in 2013 and only this past season moved up to the FBS joining Conference USA. The team will look to make great strides, as they hope to continue the programs meteoric rise to the top.

On game days you’ll find Jerry Richardson Stadium to be a sea of green and white as throngs of fans come out to support this young program looking to cement itself in the FBS. The 49ers fans are among the best when it comes to showing support throughout the game. Here you’ll find lots of fans standing and cheering on the team for the entire game no matter what the score.

It’s not just the fans that make attending a 49ers game an enjoyable experience, but the stadium as well. Jerry Richardson Stadium is a new state of the art facility that offers plenty of amenities for fans in addition to a great view of the surrounding campus. The wide concourses are open allowing you to be able to see the action on the field from the concourse if you are waiting in line to grab some concessions.

You’ll have a very good time attending a 49ers game, as the budding football program has strong fan support and a state of the art stadium where any college football fan would love to take in a game. 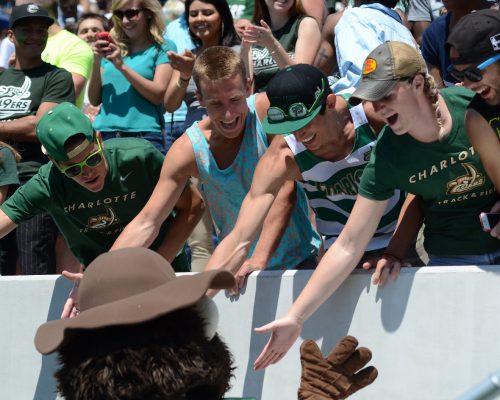 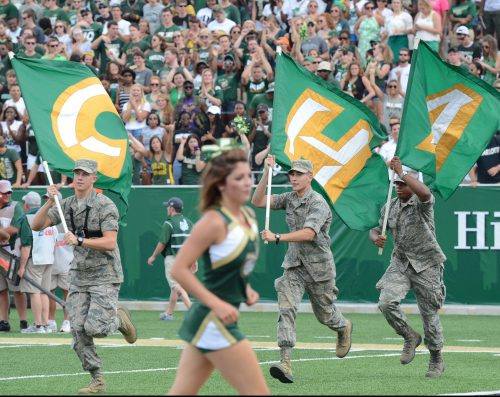 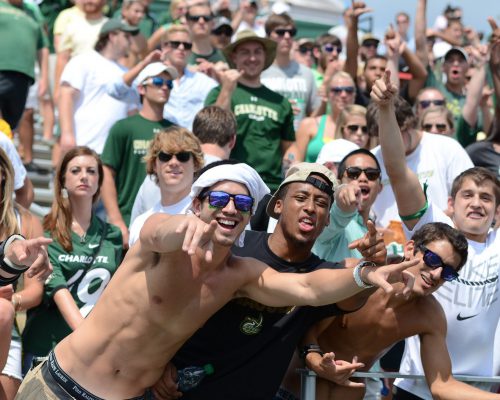 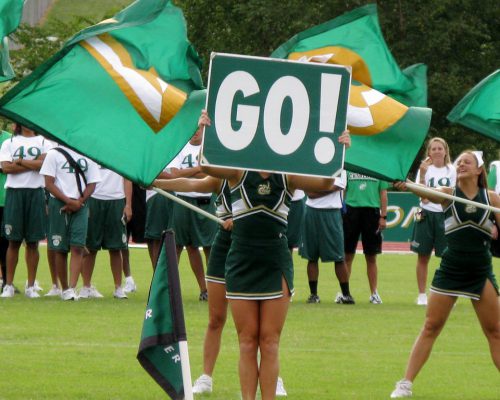 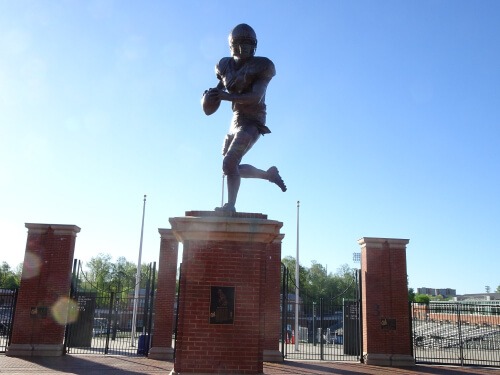 Jerry Richardson Stadium features two of these identical statues. One at the main entrance and one in the south end zone in front of the Rose Football Center. Stop by one of these two statues if you get the chance, as they provide a great photo op for you and your friends or family. 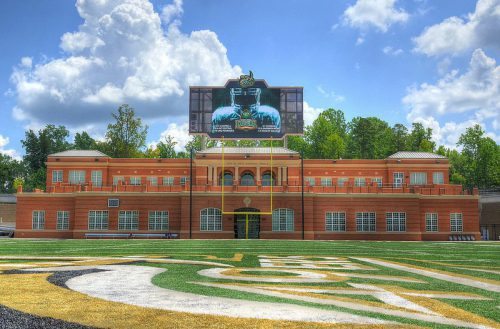 Located on the southeast end of the stadium, the Judy W. Rose Football Center is home to both athletic and academic amenities. The football center plays a significant role in the operations of a football team and is quite the sight to behold, so take notice of it when attending a game at Jerry Richardson Stadium. 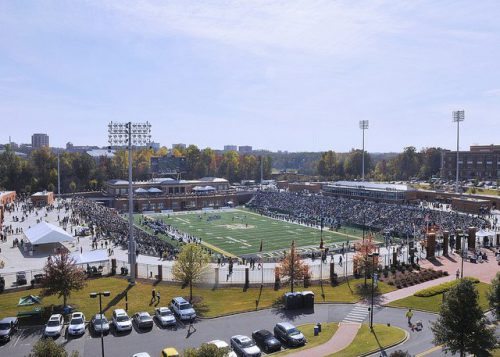 Jerry Richardson Stadium was built below ground level meaning you’ll have an excellent view of the surrounding area no matter where you are sitting. You can see all throughout campus when attending a game giving the game a quaint feeling that you won’t find at other larger venues. 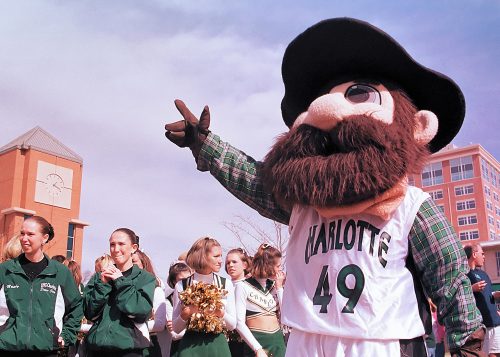 Norm is the prospector mascot of the UNC Charlotte 49ers and can be seen entertaining fans at every 49ers athletics event. Norm’s zany antics will surely keep you entertained on game day making attending a 49ers game well worth your time. 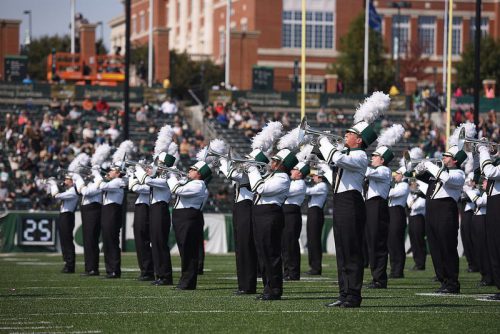 The Pride of Niner Nation is among the newest in college football that doesn’t mean they don’t put on quite the show at 49ers games. The band's pregame and halftime performances are mesmerizing, and they always know how to enhance the in-game atmosphere as well. You’ll be in for a treat when taking in a 49ers game due to the accompaniment of the Pride of Niner Nation to the action on the field. 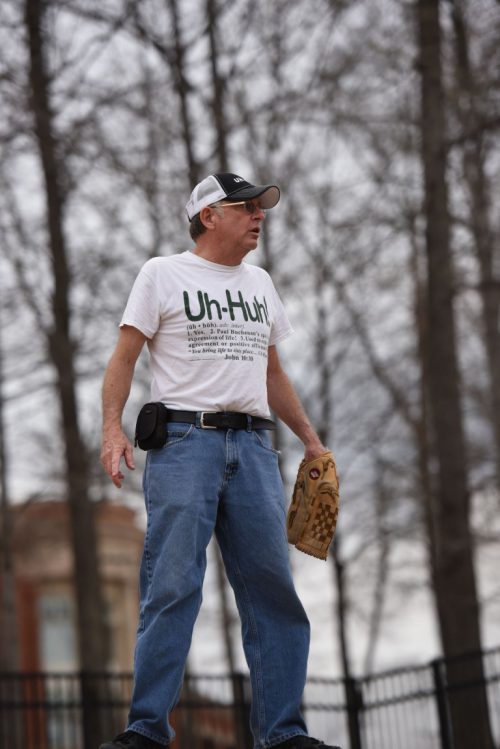 This Charlotte super fan is known for making signs and leading fans in cheers at every Charlotte sporting event. He does an outstanding job of riling up the crowd, so keep your eyes peeled for him when attending a 49ers game.