Home of the Akron Zips

On game days you’ll find Akron fans throughout the city dressed in their Saturday bests. Everywhere you look, you’ll see fans decked out in blue and gold shirts, pants, shoes, hoodies, pullovers, and hats. You name it if you can put a Zips logo on it then you’ll spot it when traveling to Akron.

There is a strong passion football and a strong history of football all throughout the state of Ohio and Akron is no exception. The team was coached by the legendary John Heisman from 1893 to 1894, and you’ll even be able to stop by and take a picture with a statue erected in his honor. Akron is also only a few miles from Canton, so make sure to stop by the Pro Football Hall of Fame during your trip as well since it is a can’t miss for any diehard football fan out there.

You’ll also enjoy the experience of watching a game in one of the newest stadiums in the country when taking in a football game at Akron. Infocision Field was built in 2009 and retains the coziness of a small school stadium while also offering a sleek modern design that provides an outstanding game day experience.  One of the best features of the new stadium is the grassy knoll in the end zone which is a great place to grab a few beers and lay back and take in the game. There are no field goal nets either so get ready to become an amateur kick returner every time the ball is kicked towards you.

The new stadium and strong support of the Akron faithful make the trip well worth your time as there is no doubt you’ll have a great time taking in a football game at InfoCision Stadium. 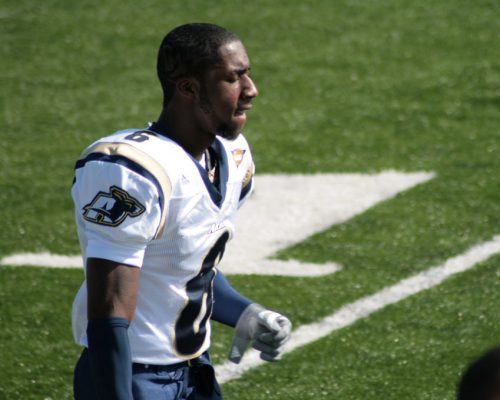 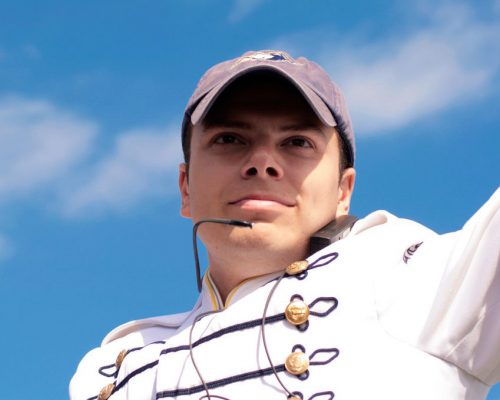 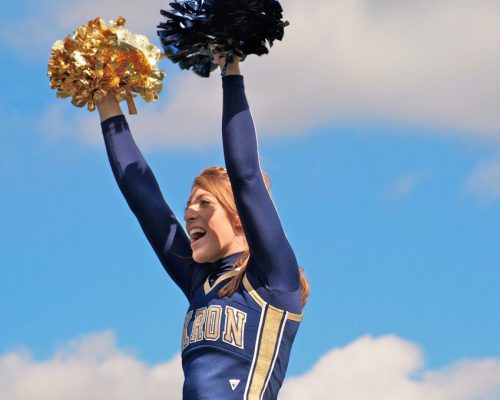 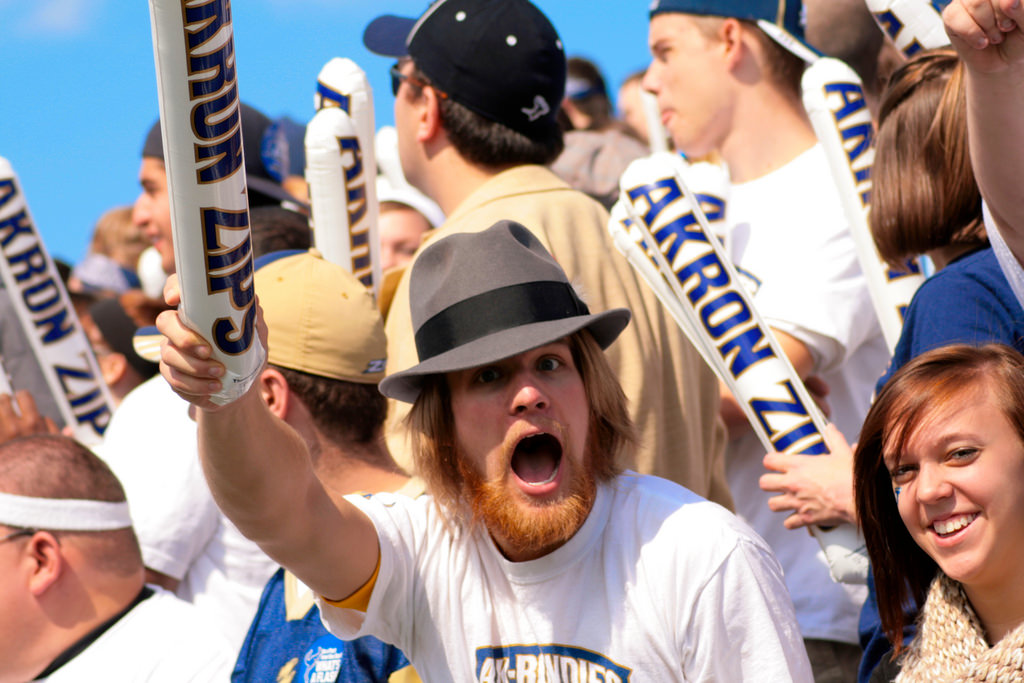 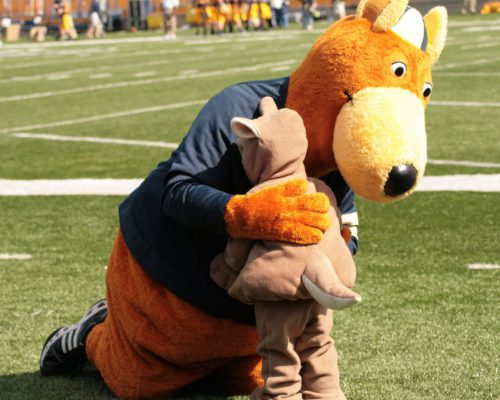 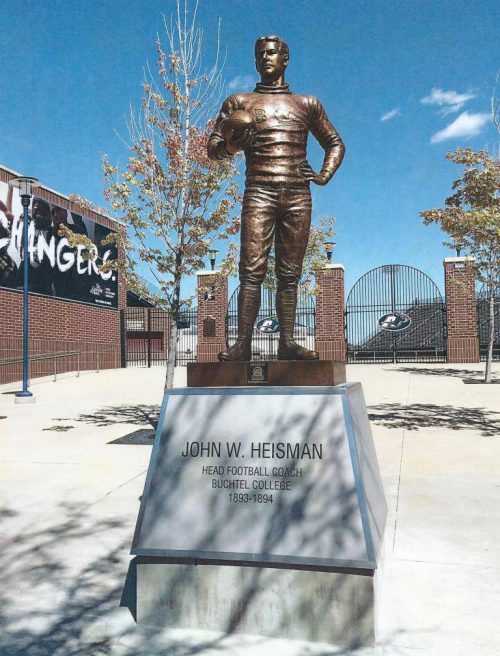 Heisman was the coach at Akron from 1893 to 1894 and is honored with a statue in the south end zone. Stop by the statue commemorating this legend’s time at Akron to get the most out of your visit to InfoCision Stadium. 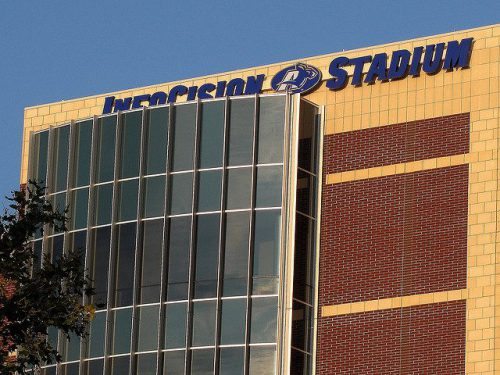 The team store, located on the south side of the stadium, is your one stop shop for anything Zips-related. Whether you’re looking for something to wear to the game and show off your Akron pride or a souvenir to commemorate your trip you’ll find exactly what you’re looking for here. 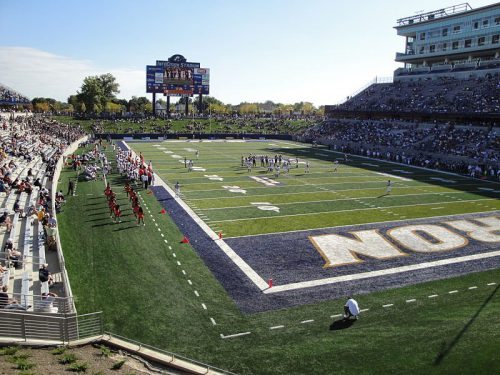 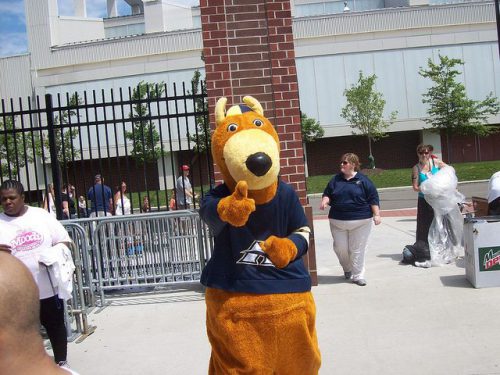 While the team's official nickname is the Zips, the mascot is Zippy the Kangaroo. The fans refer to the stadium as the “Roo Zoo” and often refer to the team or a player as a Roo. So when the linebacker crushes a wideout over the middle feel free to refer to him as “one nasty Roo.” This will help you fit right in with the rest on the Roo spotters. 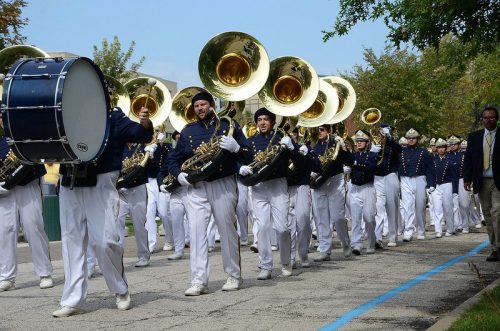 At Akron games you’ll find the band makes their presence well known throughout the game. There is a great deal of pride on display when the Pride of Ohio Band takes the field, so to put it simply this band has some swagger in their step during performances.

After a Zips touchdown, the cannon inside of the stadium fires off a tremendous shot and is followed up by a train horn. The cannon and horn get the crowd especially pumped after each and every Zip touchdown, so keep your eyes and ears peeled after every Zips touchdown to experience the excitement for yourself.