Home of the Buffalo Bulls

UB Stadium is the home of the of the Buffalo Bulls football team and has been so since 1993. As you approach the stadium, you’ll notice the marker commemorating the World University Games when the stadium opened. The marker is one of the defining characteristics of the stadium, so don’t be afraid to stop by and snag a pic on your way in.

Once inside you’ll find the stadium gives off a great small school football vibe. The stadium seats just under 30,000 creating an intimate atmosphere filled with diehard fans who cheer their Bulls on hard. There is a lot of loyalty among the fans with the student section being among the most vocal.

The student section is located on the east side of the stadium and is known as the Bullpen. All throughout the game they’ll remain active in their cheers and chants trying their hardest to give their team any edge they can. One of the most popular rallying cries among the students is the famous “Horns Up!” chant, so don’t hesitate to join in and cheer on the Bulls.

You’ll enjoy your trip to Buffalo where you’ll encounter a quaint small school atmosphere that has no shortage of passion, as there is nothing small about Bulls fans’ love for their team. 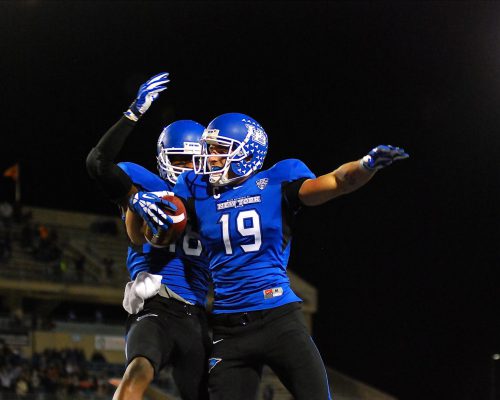 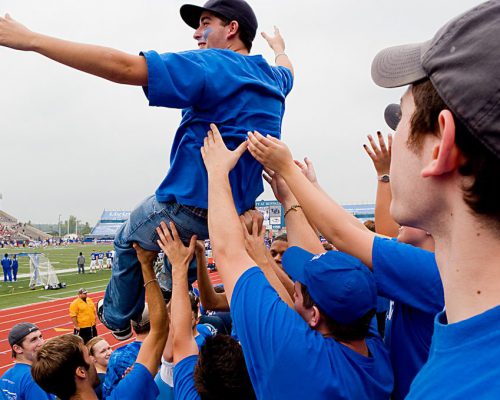 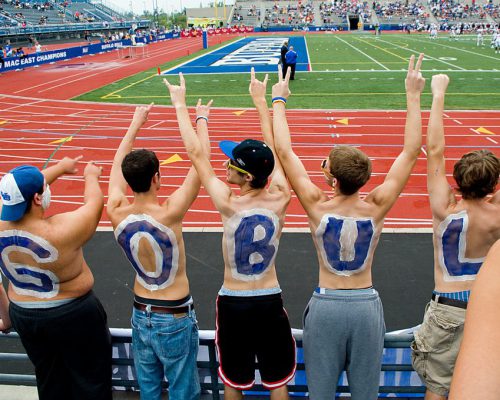 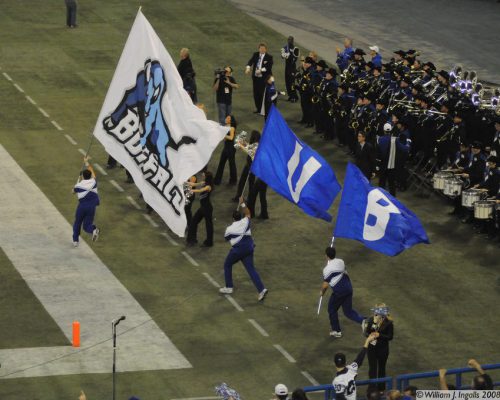 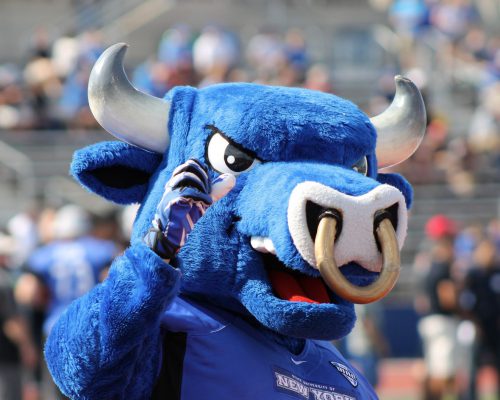 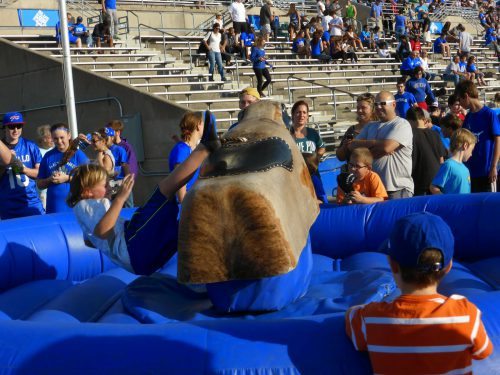 At each home game during halftime willing participants take the mechanical bull in an attempt to see who can stay on the longest. Some succeed, but the majority fail in what turns into a very entertaining blooper reel. This is a huge hit among families with kids that enjoy watching the falls as well as the college students that frequently participate in this tradition. 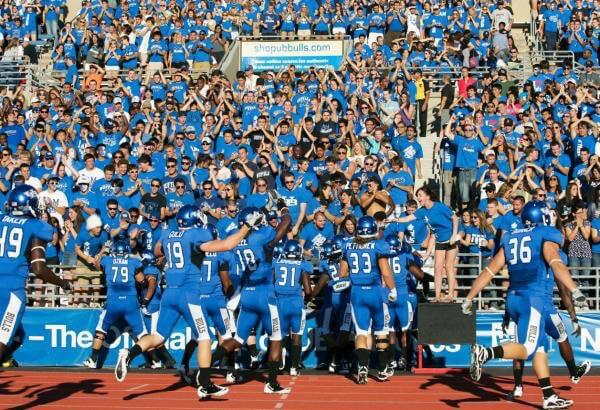 In 1993 UB Stadium hosted the World University Games and the marker commemorating this historical event can still be seen today when approaching the stadium. Stop by and snag a pic of the marker, as it is a reminder of one of the biggest events in UB history. 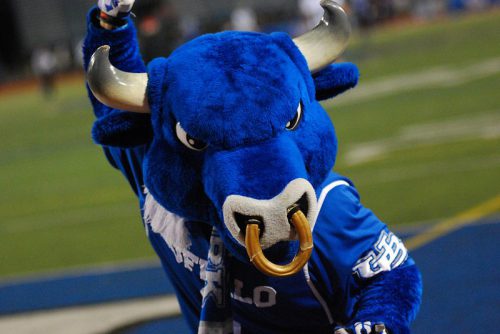 Victor E. Bull is the official mascot of the University of Buffalo and can be seen at every Bulls home game. He puts on quite the show during the game keeping the fans entertained throughout and has even been named to the Capital One All-America Mascot Team in the past. Keep your eye out for Victor E. Bull during the game since you’ll never know what he’ll do next. 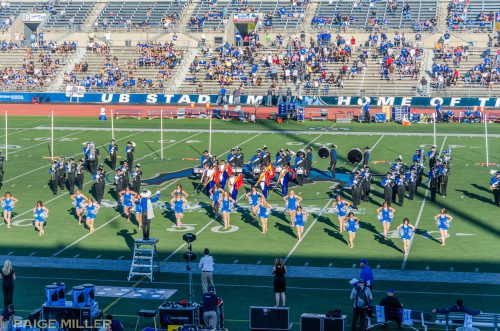 Thunder of the East Marching Band

The band at the University at Buffalo dates back to 1920, however, the band was disbanded in 1970 until 1999 when it made its incredible return. The Thunder of the East put on one of the most entertaining band shows you’ll see in the MAC, so stay in your seat when they’re performing as you wouldn’t want to miss this amazing spectacle. 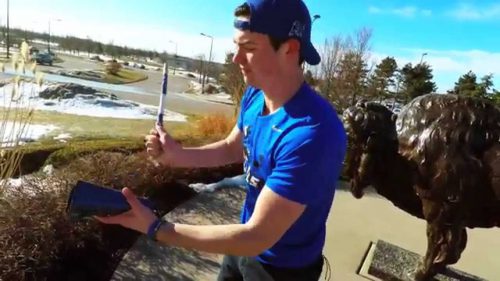 It may be a simple beat, but Cowbell Guy revs up the crowd during key moments giving the Bulls a true home field advantage. Look for him to energize the crowd with his cowbell during critical moments when attending a UB football game.

Check out the University of Massachusetts stadium guide!