Home of the Cincinnati Bearcats

The GRID is Cincinnati’s on-campus tailgating area for fans and students to enjoy on game day. Located across Campus Green The GRID has 100 tailgate spots and will put you at the center of the Bearcats tailgate scene. 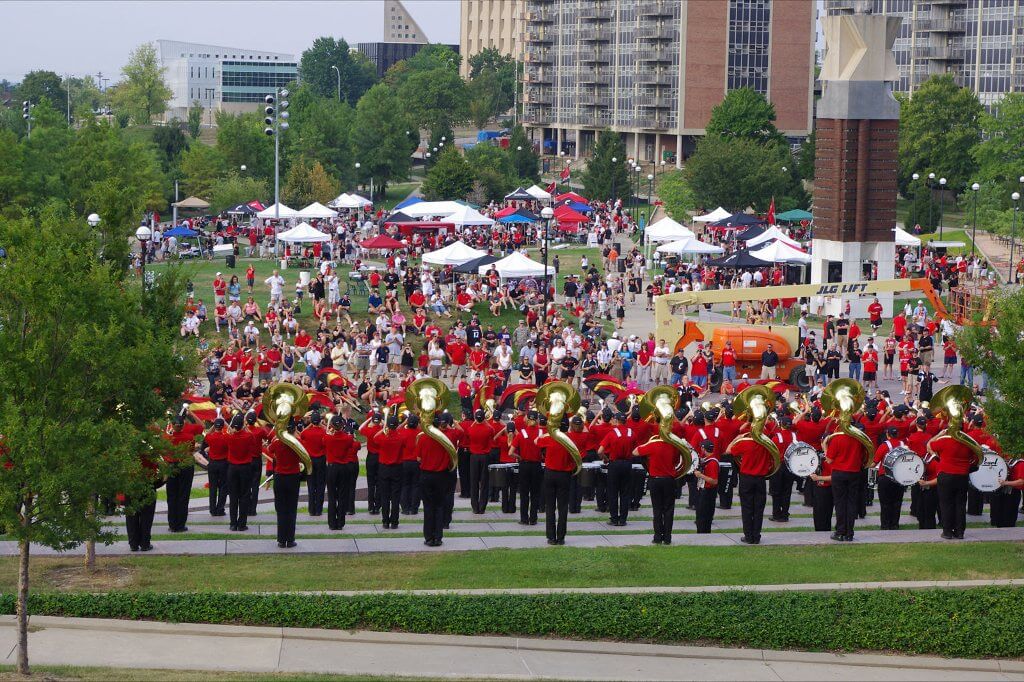 Nippert Stadium is one of the oldest stadiums in all of college football having been around for over 90 years. The stadium has been home to Bearcats football since 1924 and has seen a lot of great moments over the course of its history meaning you’ll definitely feel like you’re somewhere special when taking in a Bearcats game at Cincinnati. 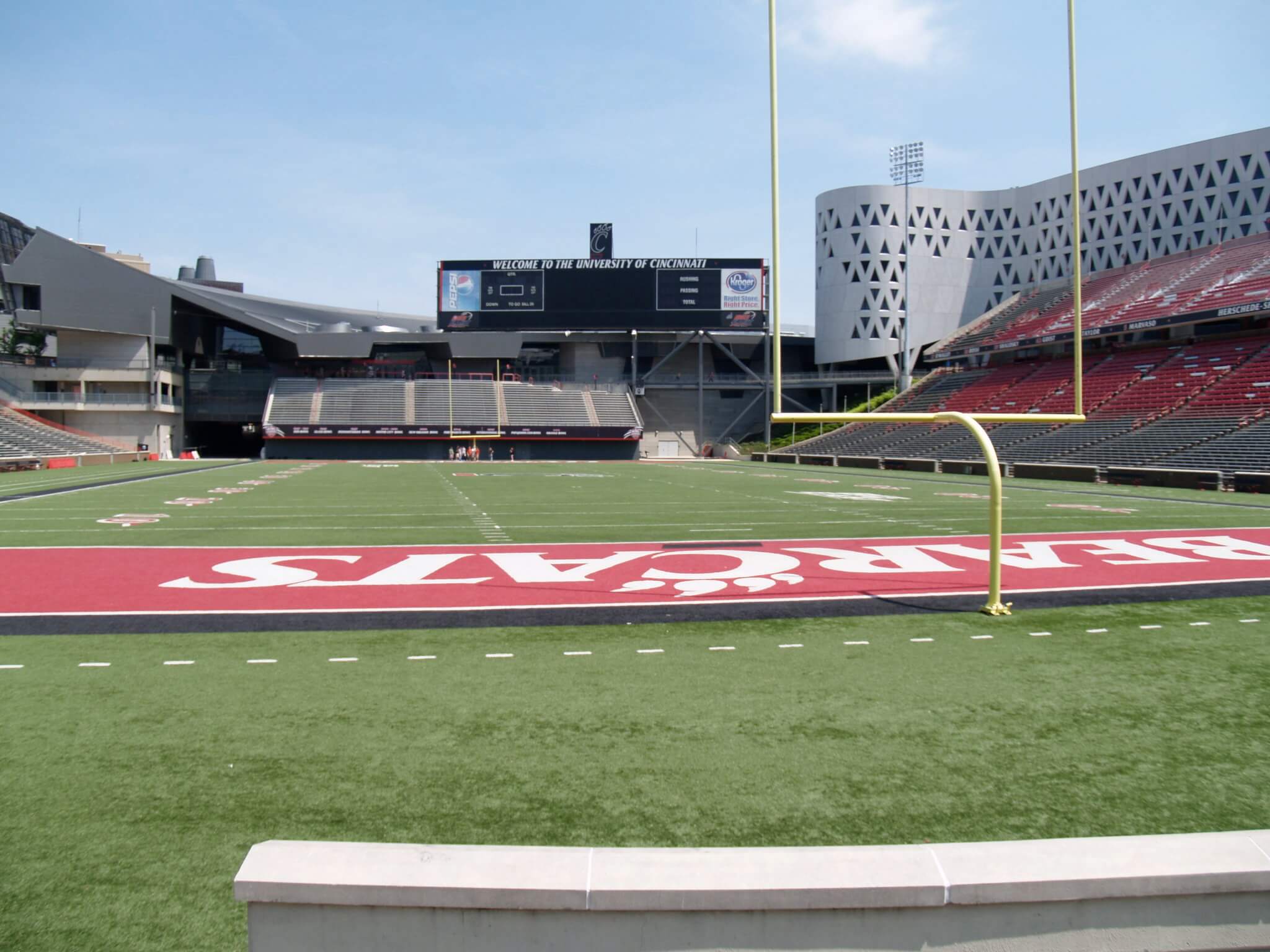 After every Bearcats score, Cincinnati ROTC members do one push-up for each point the Bearcats have scored. Join in if you would like, and feel the burn as the Bearcats run up the score on the opposition. 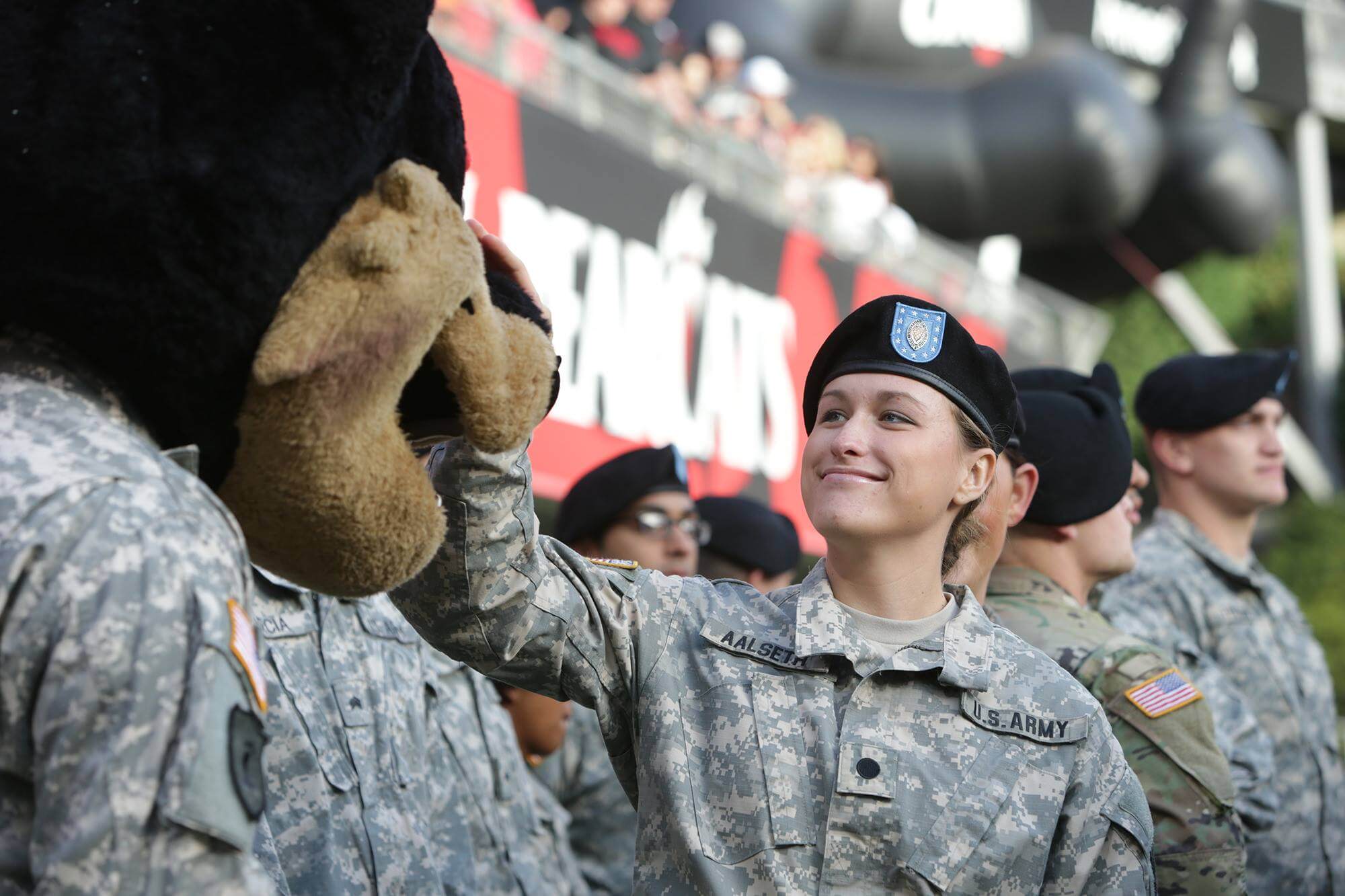 This traveling trophy has been awarded to the winner of every Louisville vs. Cincinnati football game since 1929 when the Bearcats beat the Cardinals 7-0. It is one of the Bearcats oldest rivalries and has spanned over four conferences throughout its history. The Bearcats lead the all-time series 30-22-1 and will look to extend that lead when these two bitter rivals meet next.

The 2600 block of Short Vine offers a great place to hang out before the game. Here you’ll find lots to eat and drink as well as be able to take in live entertainment. The Block Party opens two hours before kickoff, so head on down to Nippert Stadium early to get the most out of your Bearcats Gameday. 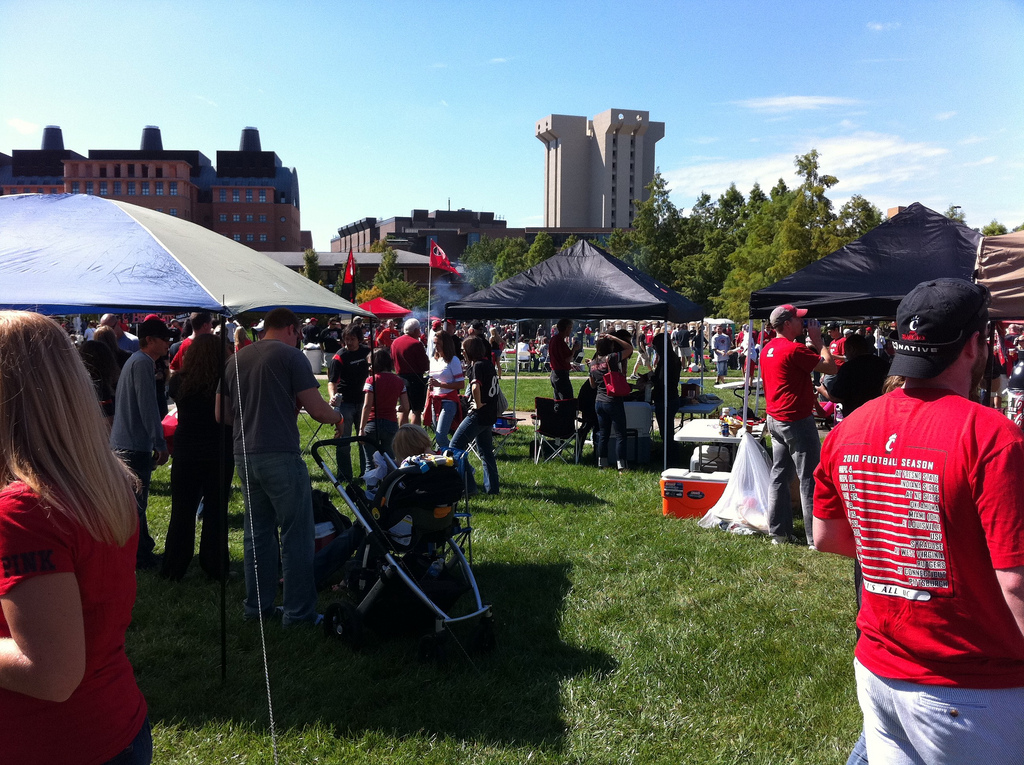 Cats on Calhoun offers a great place to get together with fellow Bearcats fans and show off your Cincinnati pride. Here you’ll find a variety of activities related to Cincinnati athletics that changes each week, so stop by and take part in the pregame fun at Cats on Calhoun. 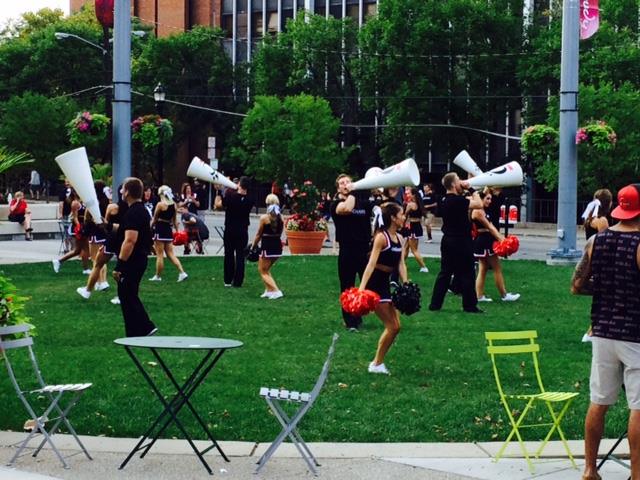 Cincinnati has two mascots that can be seen on gameday. The costumed mascot is known as The Bearcat as well as a real live Bearcat named Lucy. These two Bearcats can be seen on the sideline during games so look for them during stoppages in play.

Cincinnati’s 260 member marching band puts on an excellent performance during game days. Not only do they perform at the tailgate before the game, but they also put on a halftime show that will leave you glued to your seat.

This pub offers a variety of adventurous beers serving 40 different offerings, 8 of which are on tap. If you’re looking to grab a drink during the game, then stop by Catskeller as they’ll surely have something that will wet your whistle.

The Miami RedHawks are the Bearcats’ oldest rivals having played them in the first ever college football game played in Ohio back in 1888. The winner of the matchup between these two Buckeye State rivals has been taking home the Victory Bell since the 1890s, which started when some Bearcats fans “borrowed” the bell from Miami. If you want to see the oldest rivalry in the state of Ohio, then make sure to travel to Nippert Stadium when the Bearcats take on the RedHawks. 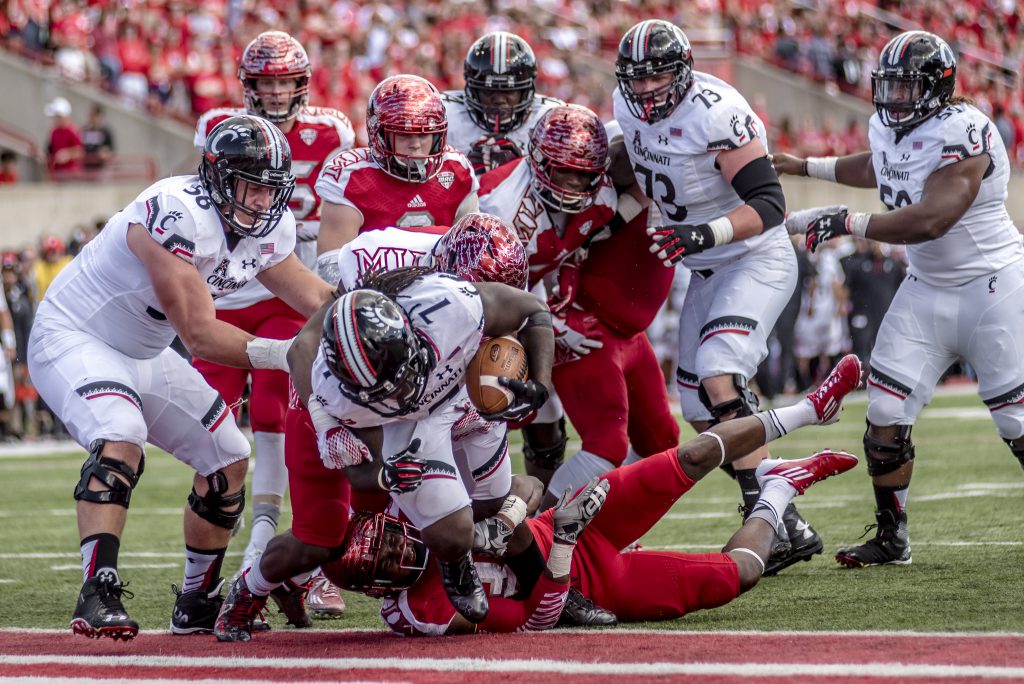