Home of the Hawaii Rainbow Warriors

Before each game, the Hawaii players perform a Haka dance and do the Ha’a War Chant. This routine pumps up players and fans alike getting everyone ready for the game. 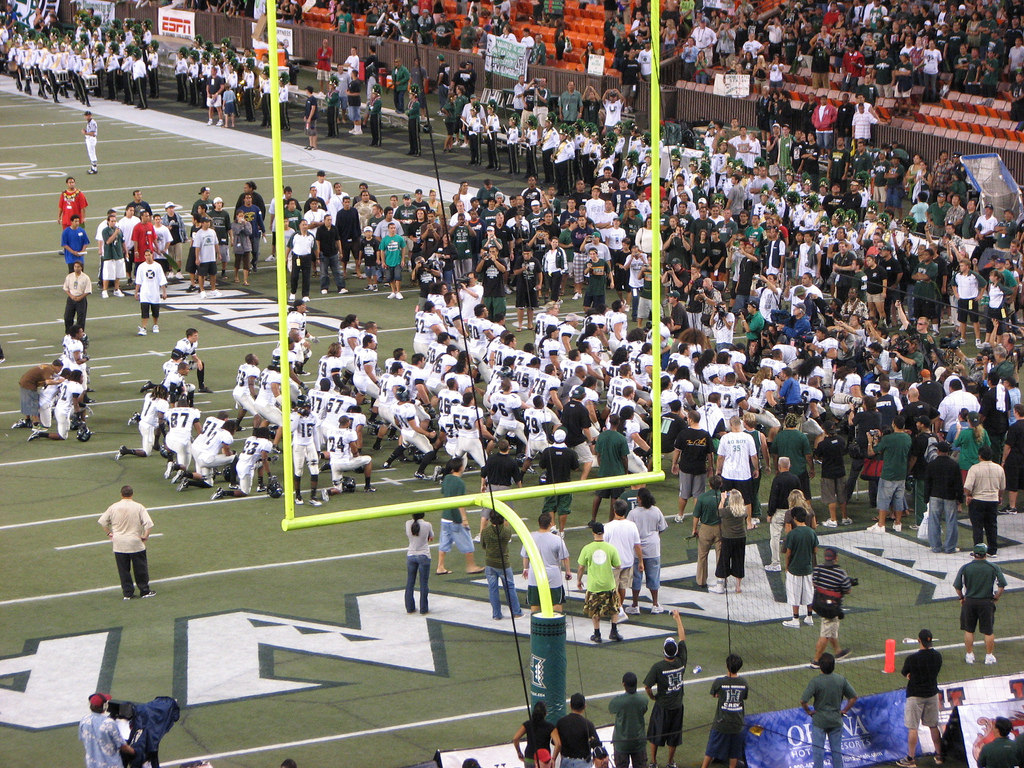 The team walk through the parking lot, which was started in 2012 by Rainbow Warriors head coach Norm Chow, provides fans an excellent opportunity to get up close to the players before they take the field.

Many Hawaii fans view BYU as their biggest rival due to the large Mormon population in the state. BYU also tends to recruit a lot of players from Hawaii, which has led to a somewhat one-sided rivalry where many Hawaii fans don’t like BYU, but BYU fans feel indifferent towards Hawaii. The Rainbow Warriors and their fans get up for match ups with BYU, so you can expect a great atmosphere when Hawaii takes on the Cougars.

The rivalry between Fresno State and Hawaii is a relatively new one. However, there seems to be a lot of bad blood here especially among the fans. Both teams have performed well on the field lately, and there have been several incidents of coaches and fans accusing the other team of bad sportsmanship.

Outside of the front entrance to the stadium, you’ll find a group of shrubs that say “Aloha” welcoming you to the stadium. Stop by and snap a picture so that you can remember your trip to Hawaii and Aloha Stadium. 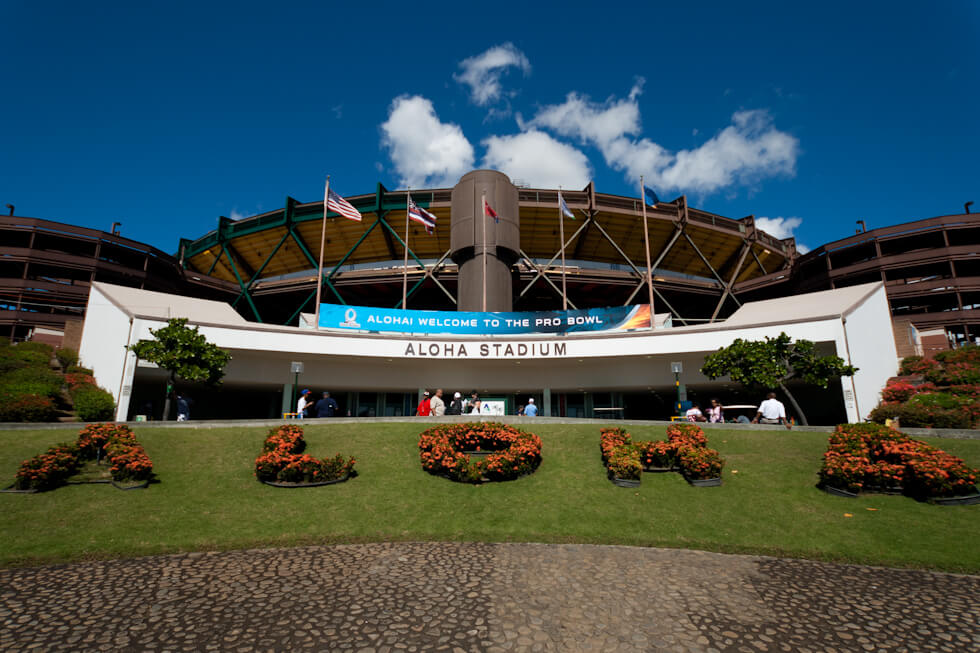 Hawaii and Wyoming play for the Paniolo Trophy when these to Mountain West rivals clash. The trophy gets its name from the Hawaiian word for cowboy and has been contested since 1978 when these two schools first met.

The Swap Meet at Aloha Stadium takes place on Wednesdays, Saturdays, and Sundays and features over 700 merchants. If you’re looking for something to do before the game starts then stop by and check it out as you’ll never know what you’ll find. 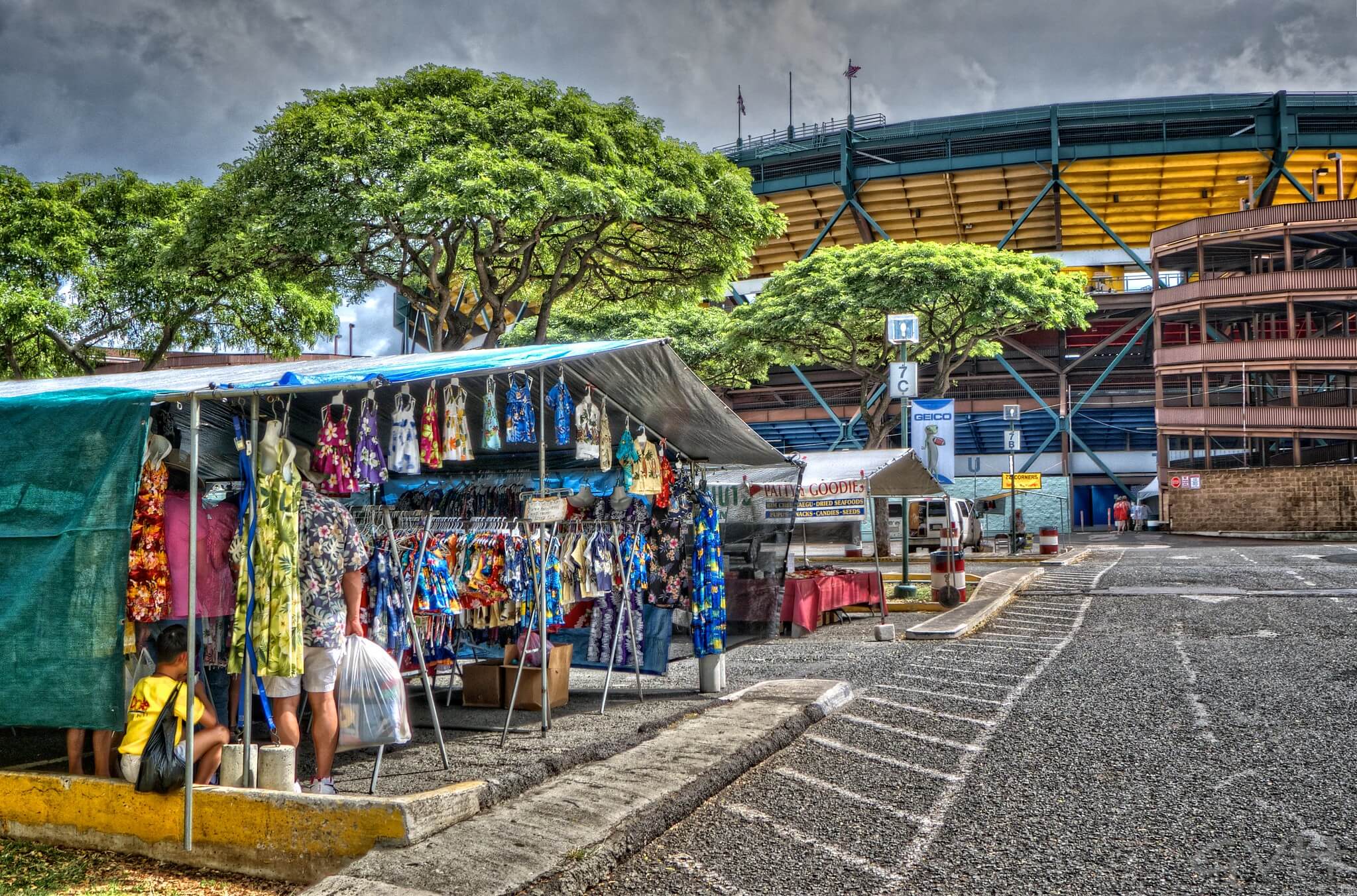 This trophy named after General Lawrence S. Kuter, who was the first head of the Pacific Air Forces Command, is awarded to the winner when Air Force plays Hawaii. These two teams only meet periodically, so you don’t want to miss it when these two rivals square off. 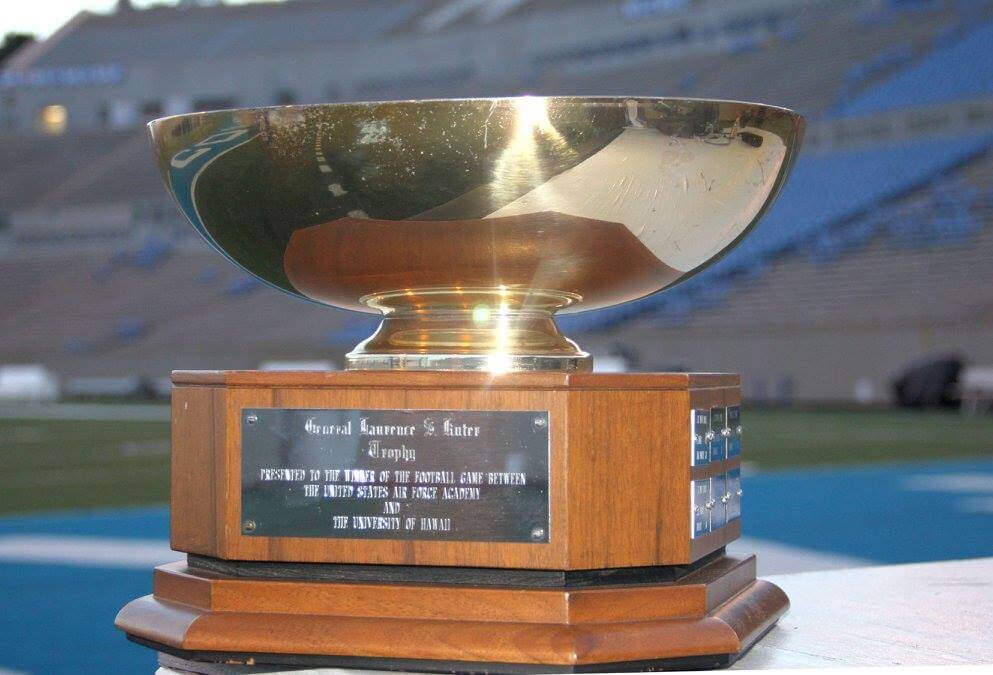 Here in Hawaii, you’ll find that students and fans party hard before entering the stadium. The main event around here isn’t the game, but rather the tailgating and the drinking games that take place there. There is a lot of drinking to be done, so make sure to participate in the beer bongs as well as the games of flip cup and beer pong.

Check out the University of Nevada, Las Vegas (UNLV) list!