Home of the Houston Cougars

The Plaza located outside of the northeast entrance to TDECU Stadium is home to several statues honoring all-time great Cougars. Here you’ll find a statue for Bill Yeoman as well as Andre Ware and Wilson Whitley. Make sure to stop by Legends Plaza to pay tribute to these excellent Cougars of the past.

Blaze is the name of the old oil field siren that blares after every Cougars touchdown. The blare of Blaze and roar of the crowd when the Cougars reach the endzone is something to take in and makes your trip to Houston worthwhile. 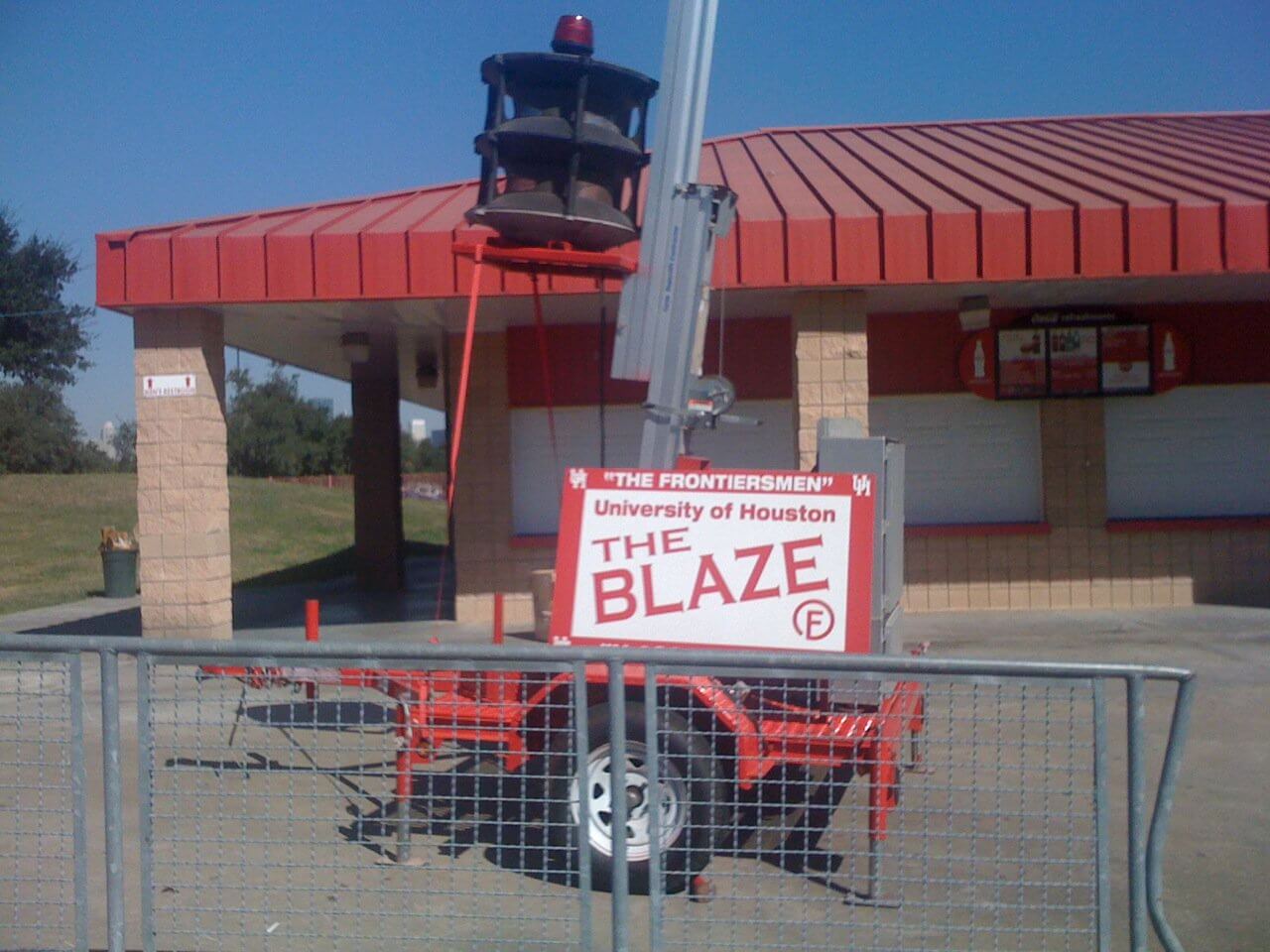 Located on the east side of the stadium, Shasta Square offers a variety of tailgate options. Here you’ll find official UH Student Tailgate area, UHAA Tailgate, Spirit of Houston Tailgate, a beer garden, food trucks, and much more. Shasta Square opens four hours before kickoff, so head on down to Shasta Square bright and early to get your Cougars Gameday started off on the right foot. 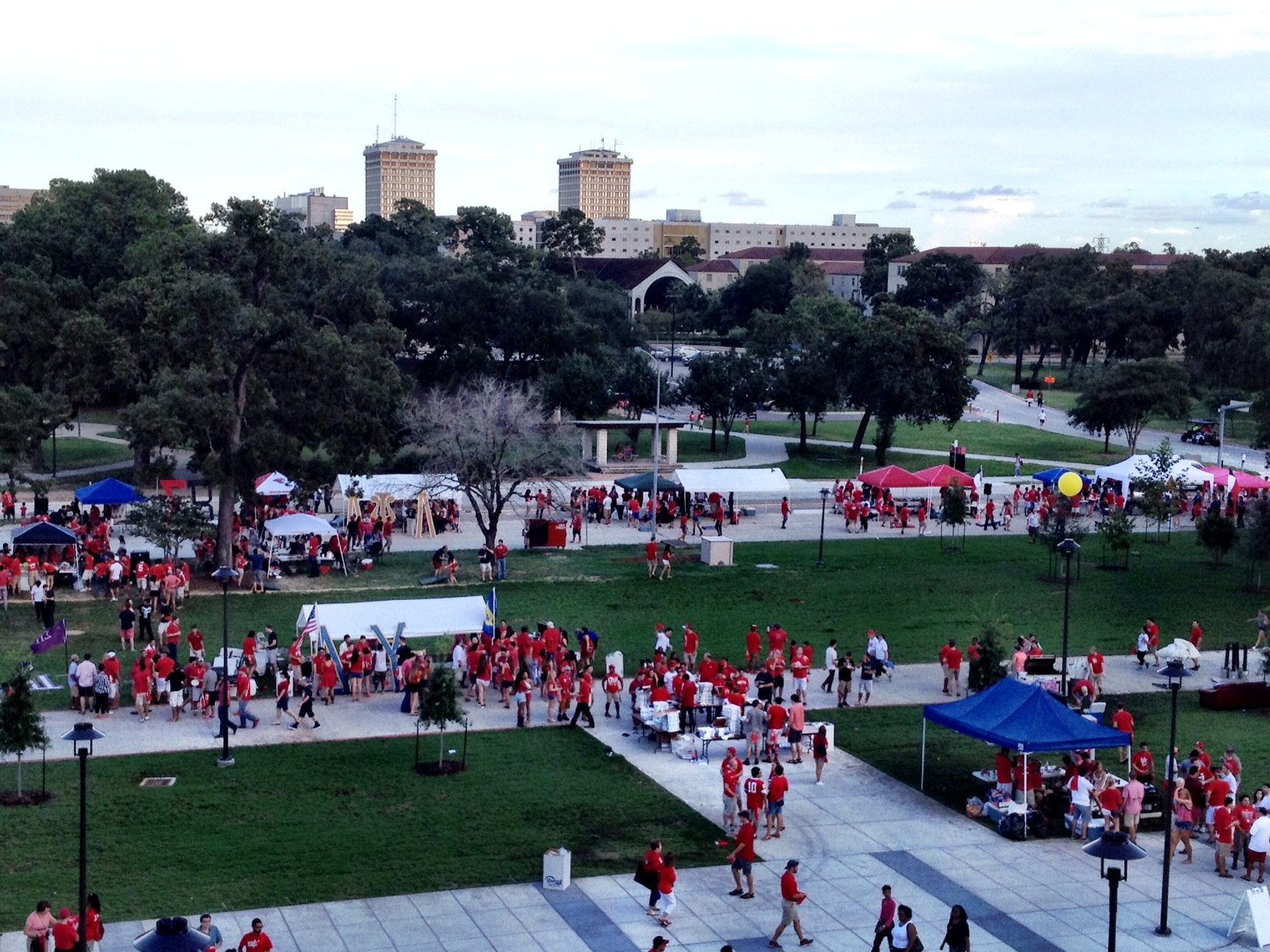 This 2,000 square foot hall is named after Hall of Fame Cougars coach Bill Yeoman. It pays tribute to the history of the university and is also home to suites in section 129. Stop by Yeoman Red & White Hall located on the northeast side of the stadium for a chance to learn more about the university.

Shasta is the name of both of Houston’s official mascots, the live one, and the anthropomorphic one. Houston’s live mascot dates back to 1947 and has been served by six different Cougars. Today you can find the official live mascot, Shasta VI, at the Houston Zoo. However, only the costumed mascot makes appearances at games.

The Spirit of Houston puts on a great game day performance and is a big part of what makes attending a Cougars game so special. The band is one of the best in the nation and even performed at Super Bowl XXXVIII in 2004.

The Frontiersmen date back to 1948 and are a group of students that are involved in many University of Houston athletic events. One of the most famous traditions involving the Frontiersmen is the running of the university flag across the field after every Houston score. 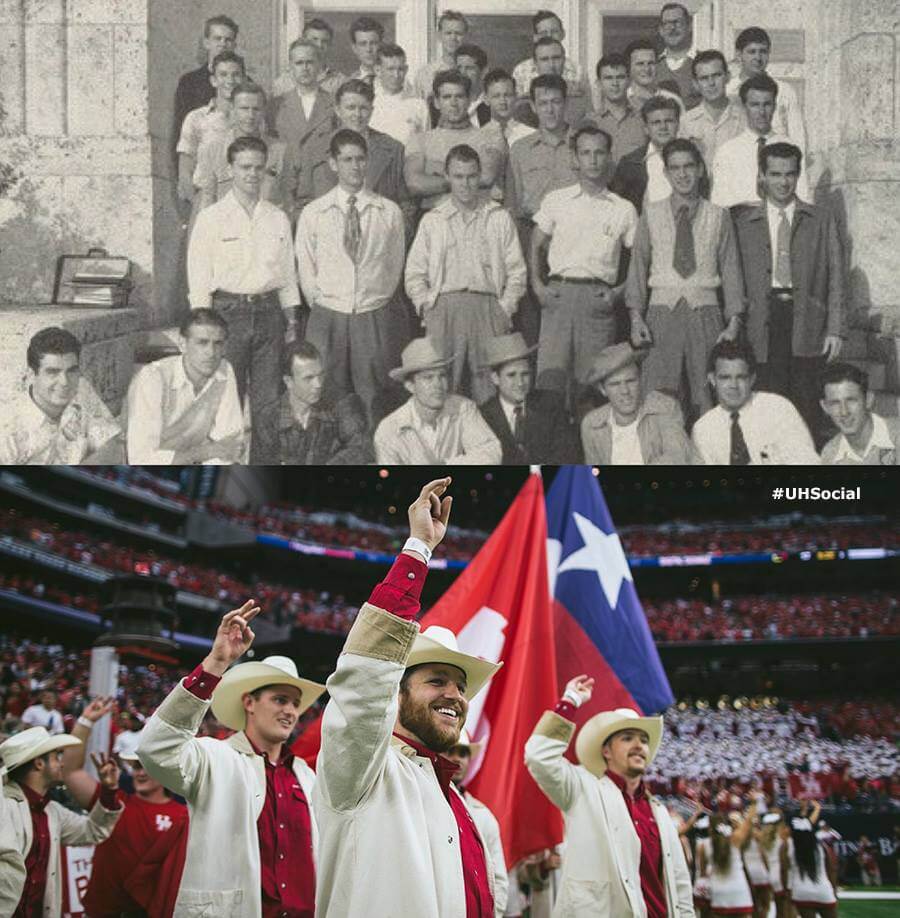 8. Party on the Plaza

Party on the Plaza is the official UHAA Tailgate and offers a great pregame experience. At Party on the Plaza, you’ll be able to enjoy live music, delicious food, and plenty of drinks in a fun and festive gameday atmosphere. It’s the perfect destinations for those looking for something to do before the game who don’t want to go through the hassle of setting up their tailgate. 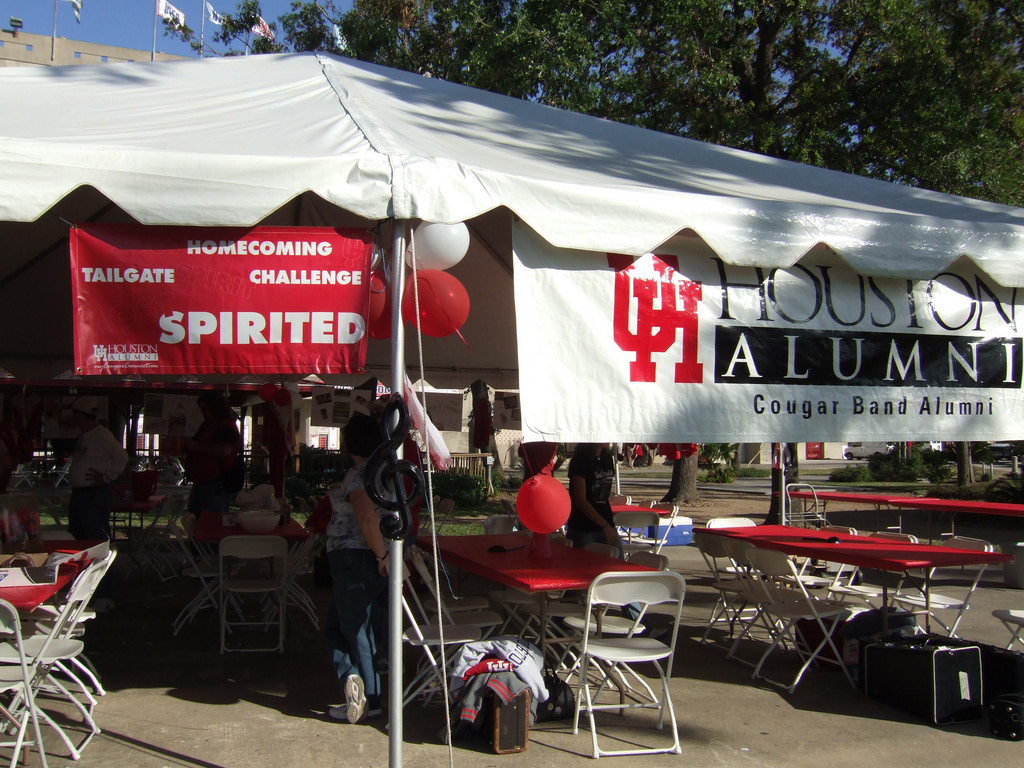 Houston and Rice play for city supremacy as well as the Bayou Bucket when they meet on the gridiron. The rivalry dates back to 1971 when Houston entered the Southwest Conference and has remained strong to this day. The Cougars hold the lead in the all-time series 29-11 and have won the last 3, so they’ll look to extend their streak when these two bitter rivals meet next.

The Cougar Walk takes places approximately two hours before kickoff and is a great way for Cougars fans to show off their school pride. The walk features the players and coaches walking through the throngs of Cougars fans at Shasta Square on their way into the stadium. The Cougar Walk allows fans to feel a part of the team on game day, so make sure to catch it if you get the opportunity. 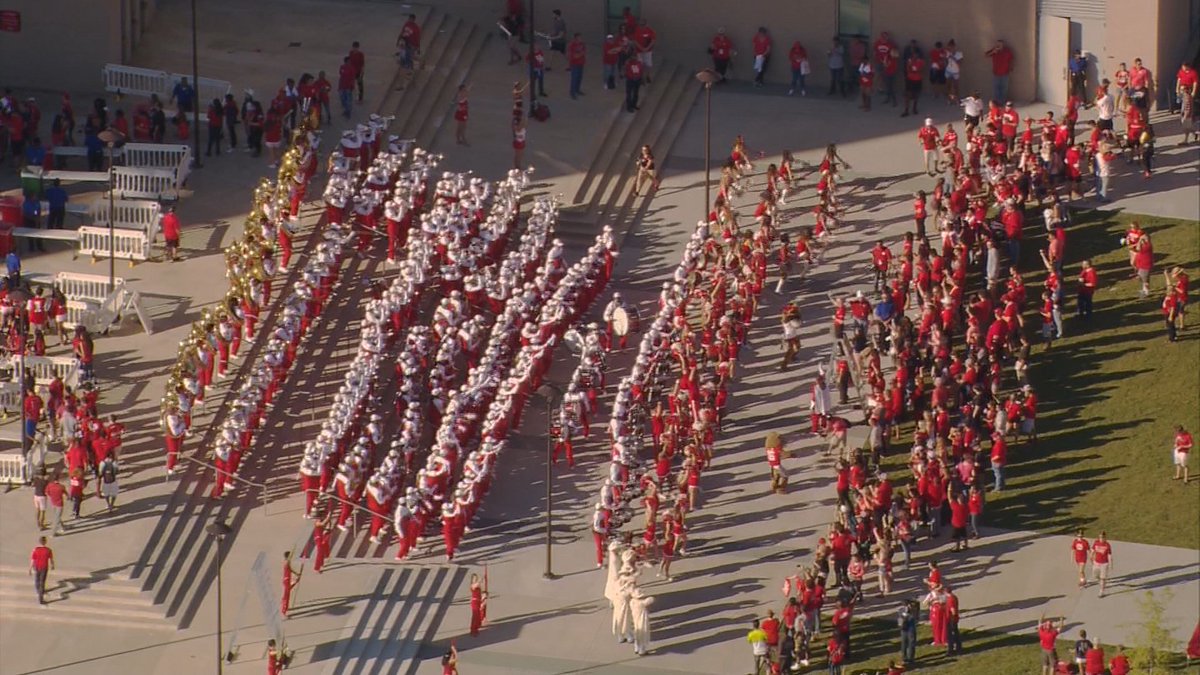