Home of the Illinois Fighting Illini

The Illini student section, also known as Block I, is located in the north end zone, and when the team is good, the stands are packed to the brim. In the second half, they do a display of colored cards that make pictures representing the Illini football nation. Lately, the Illini have struggled. However, the student section remains active and vocal throughout the games. These are some of the best fans to sit with as they are very up to date on how the team is doing and have a lot of passion for anything and everything Illini.

The mascot of the Fighting Illini is Chief Illiniwek, but he has been banned recently from making appearances at games. The students do not like this little banning of their famed hero and like to continue to chants they did when he was present. It’s nice to see the students do their part to keep the team’s history alive and well.  This is an excellent way to join in with the fans as it has not only been a hot issue for the fans at the University, but also for fans across the state of Illinois as Chief Illiniwek was a major symbol of the program for as long as most fans can remember.

Another great tradition to be a part of is the singing of the Oskee-Wow-Wow fight song. The song gets the crowd charged to cheer on the Illini, so join in with the fans. The lyrics are posted below, and you can find a music track here. 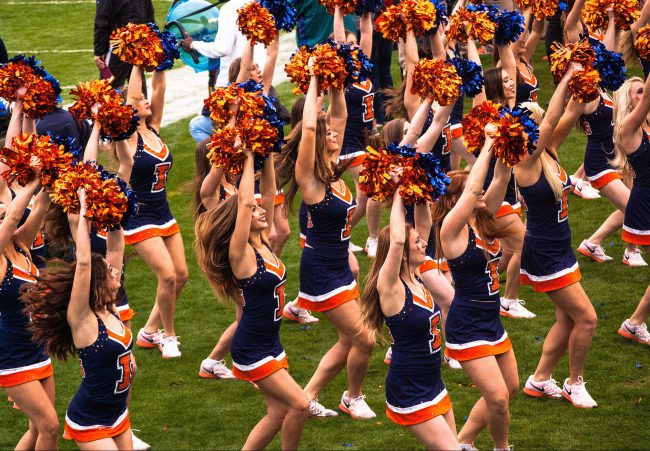 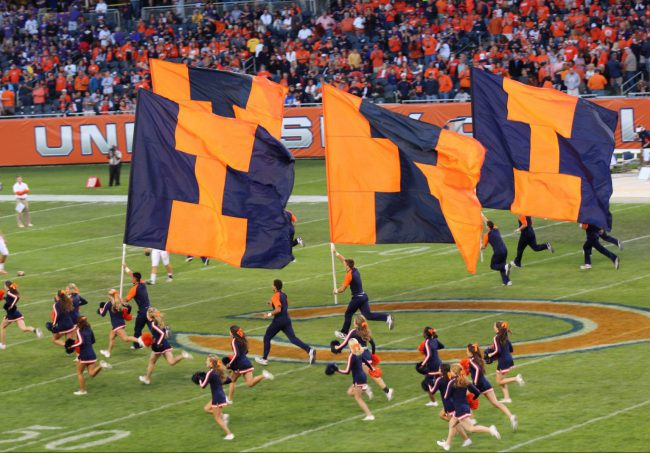 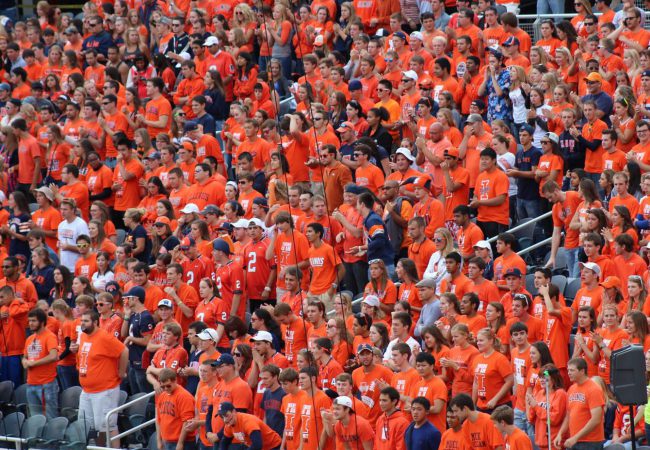 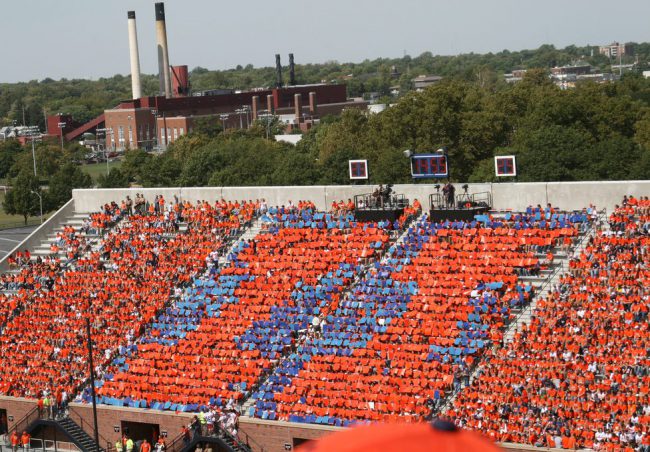 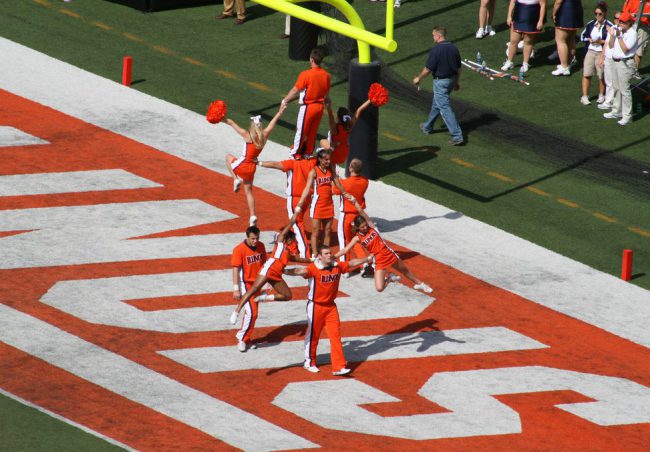 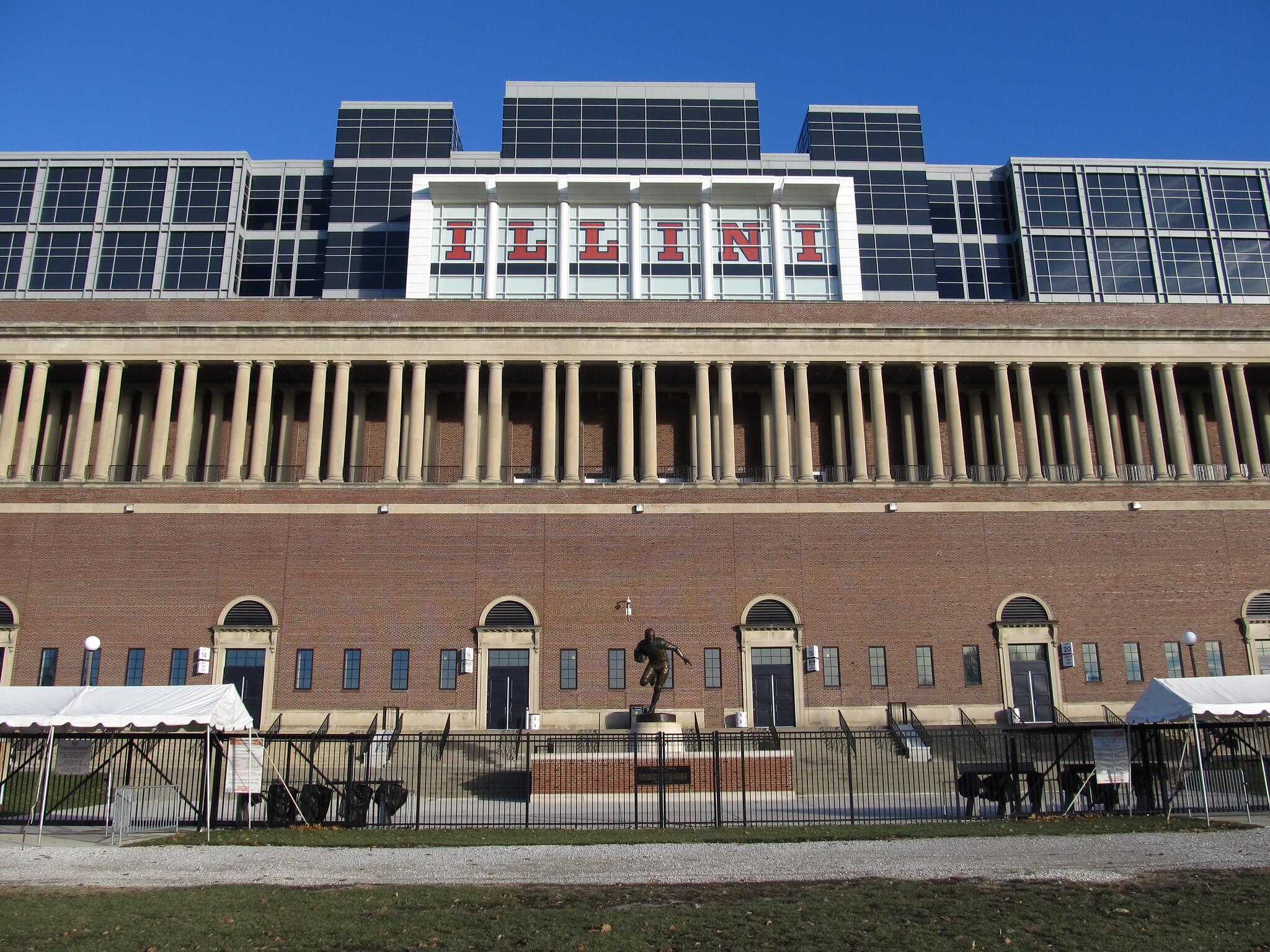 Tribute to World War I Soldiers

There are nearly 200 pillars surrounding Memorial Stadium that are engraved with the names of U of I students who served during World War I. Pay tribute to these fallen heroes by visiting these pillars. 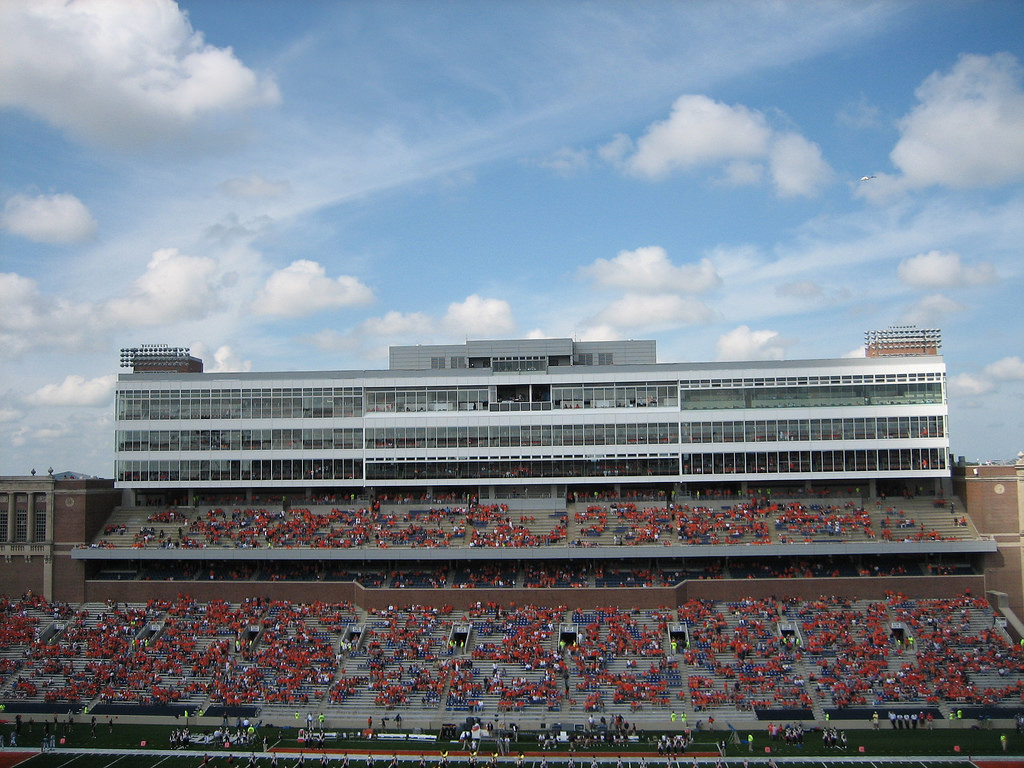 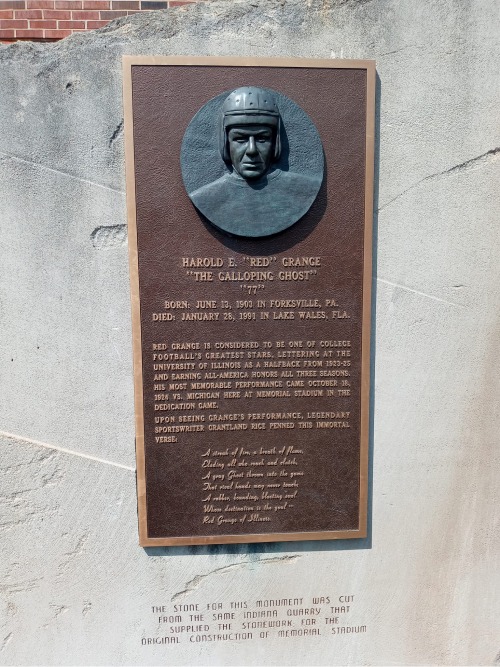 A tribute to Harold “Red” Grange sits near the northeast end zone in the form of rock from the stone quarry in Indiana used to create the granite columns in the stadium. Players will often touch the Grange Rock on their way into the stadium. 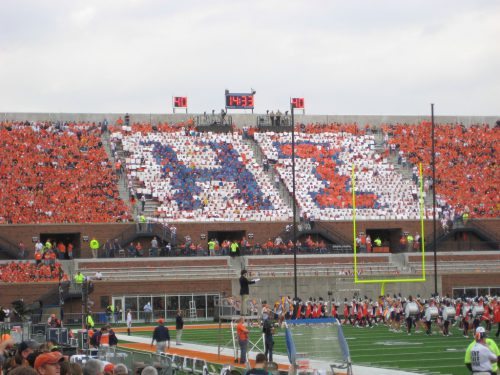 This is the name given to the student section inside Memorial Stadium since 1926. Throughout Illini games, Block I will perform creative card stunts during games. 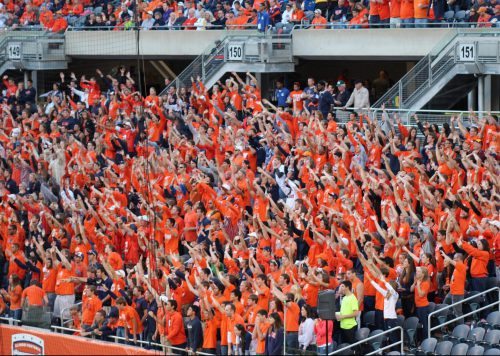 At every U of I game, you will hear half the stadium shouting “I-L-I” while the other half will shout “I-N-I” in response.

Check out the University of Nebraska stadium guide!

Check out the University of Minnesota stadium guide!